As heavy snowfall pounds much of Michigan, the governor, Legislature and some cities and counties are sending civil servants home early.

Gov. Gretchen Whitmer closed state offices at 10 a.m. on Monday, while the state House and other county and city offices in Michigan’s Lower Peninsula called a snow day.

“This is about keeping all Michiganders safe,” Whitmer in a statement. “All motorists are encouraged to stay off of the roads. If you must be out, please drive safely in these dangerous weather conditions and be respectful of road crews working to clear snow and ice.”

There were some who did brave conditions in downtown Lansing on Monday, as the Advance captured in photos. 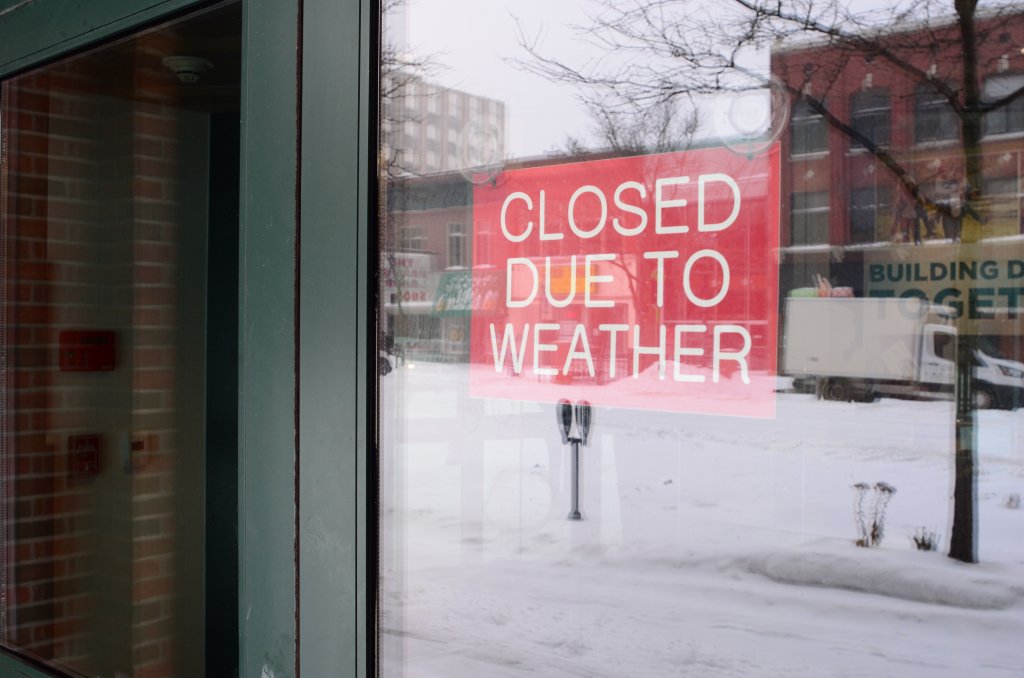 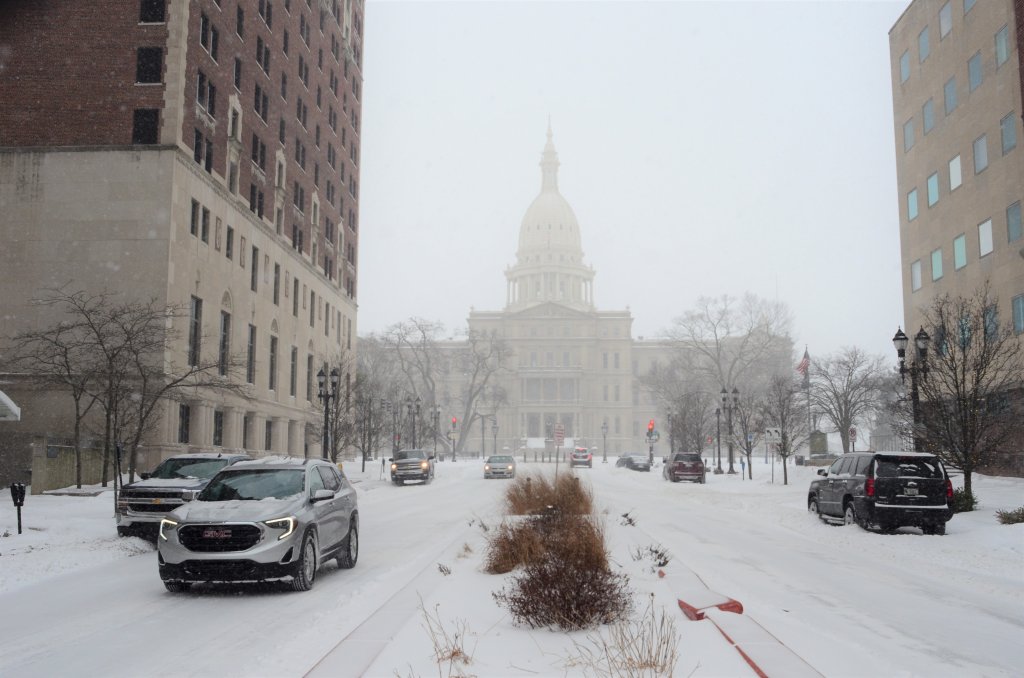 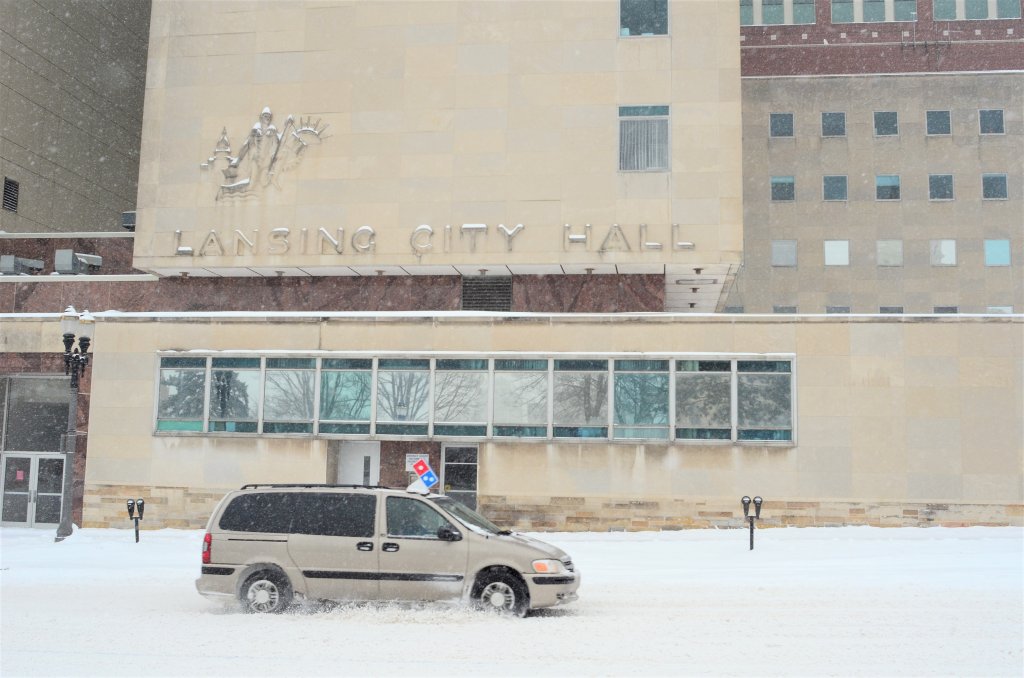 A Domino’s Pizza delivery hurtles past Lansing City Hall, which closed for the day | Michael Gerstein 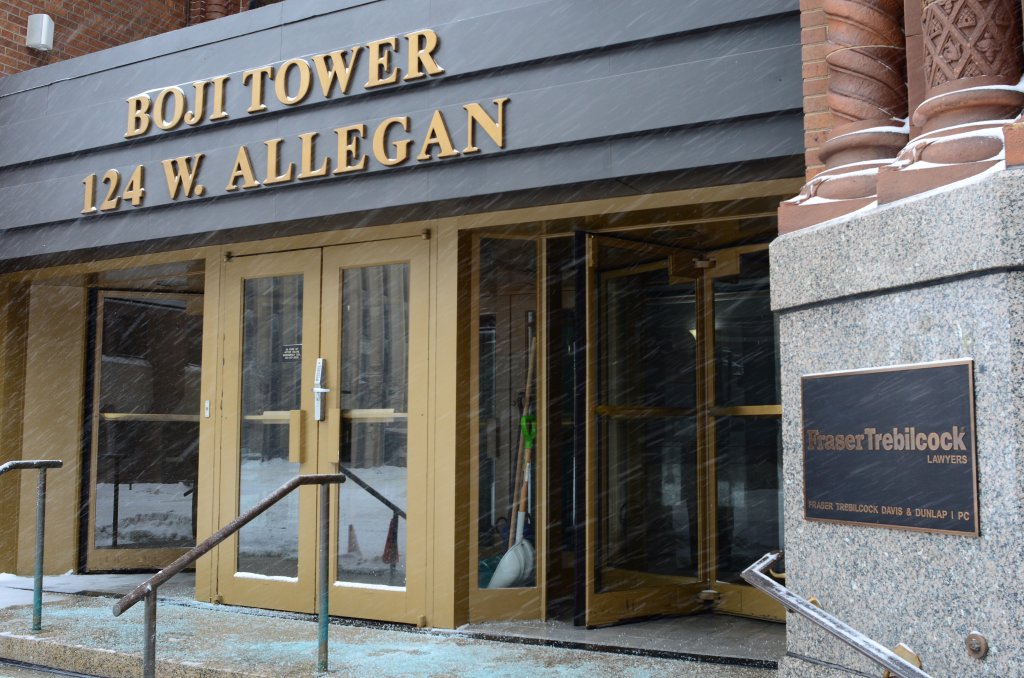 Boji Tower, across from the Capitol | Michael Gerstein 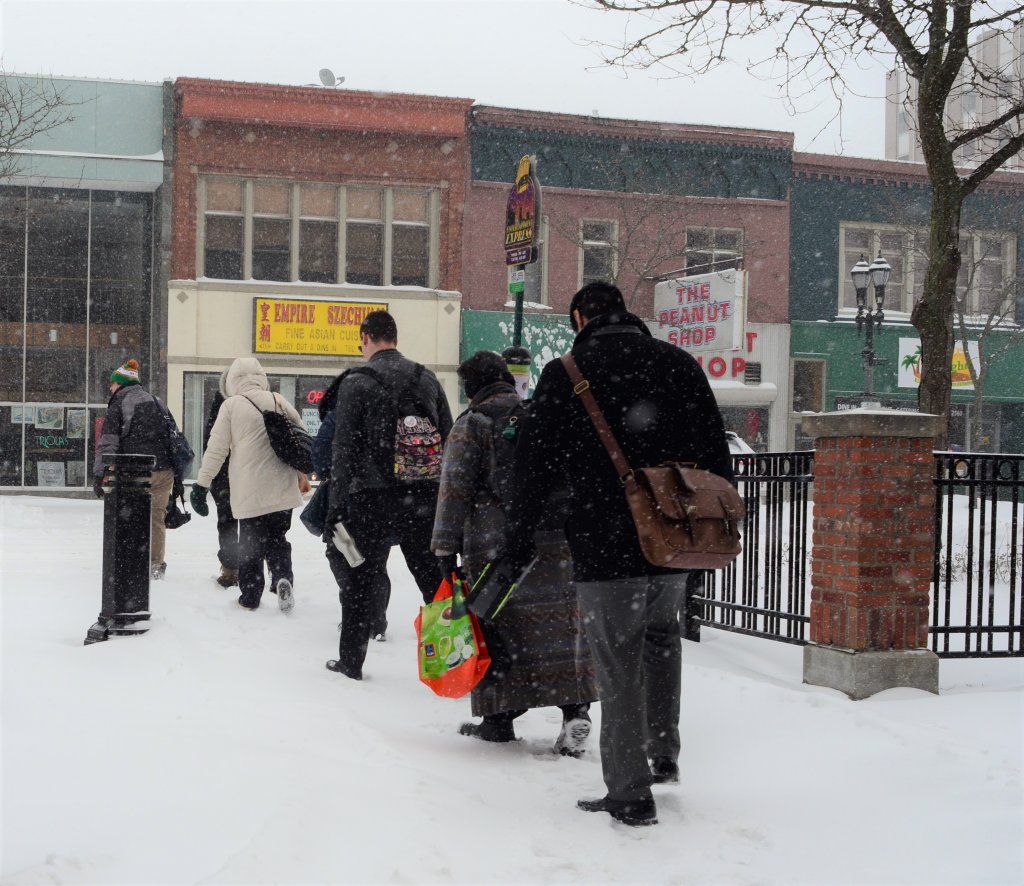 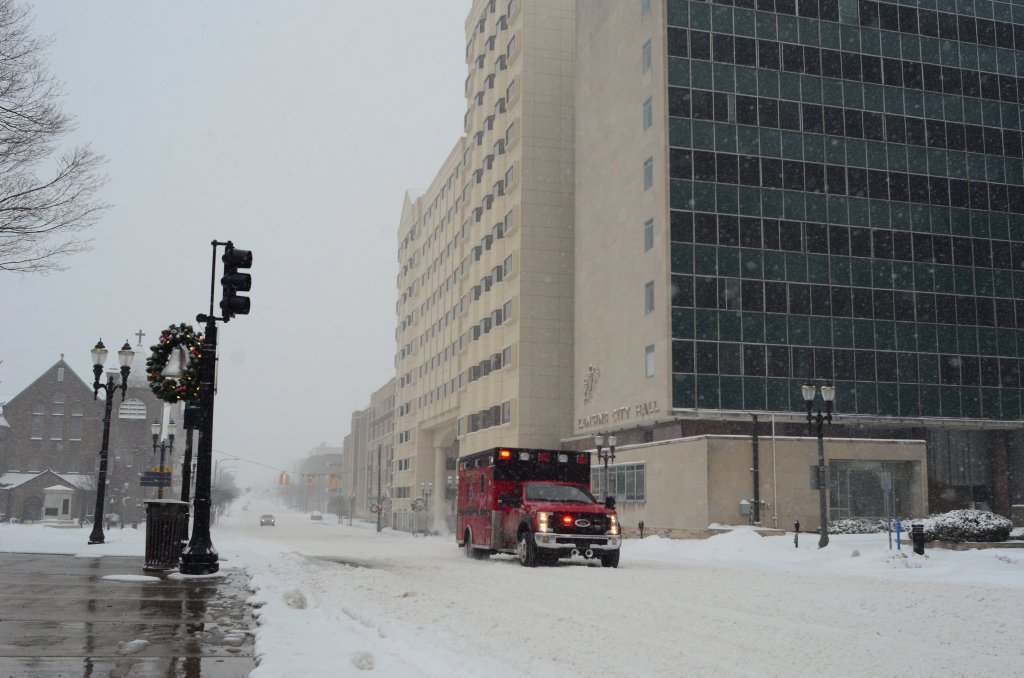 Lansing City Hall may have closed for the day, but emergency services did not | Michael Gerstein 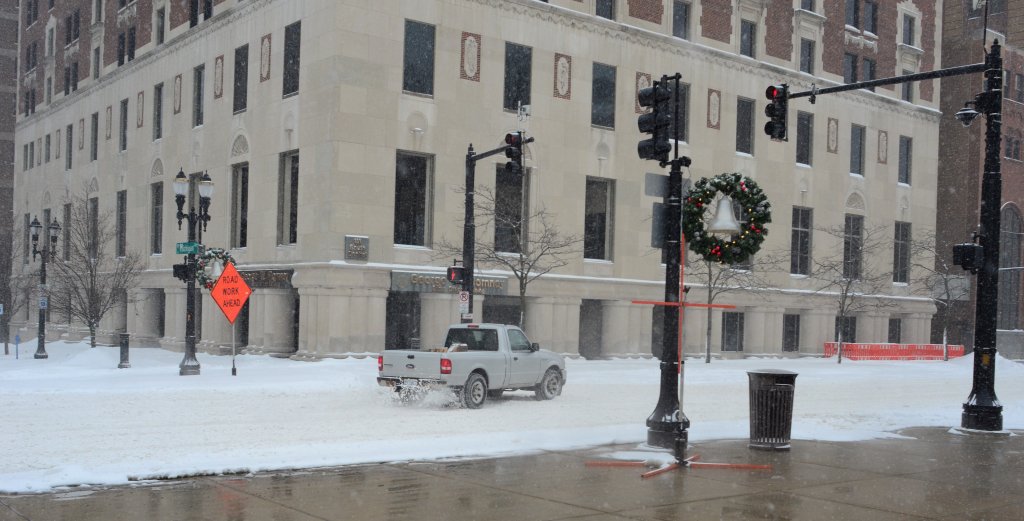 A truck fishtails in front of the George W. Romney Building, where Gov. Gretchen Whitmer has her main state office | Michael Gerstein 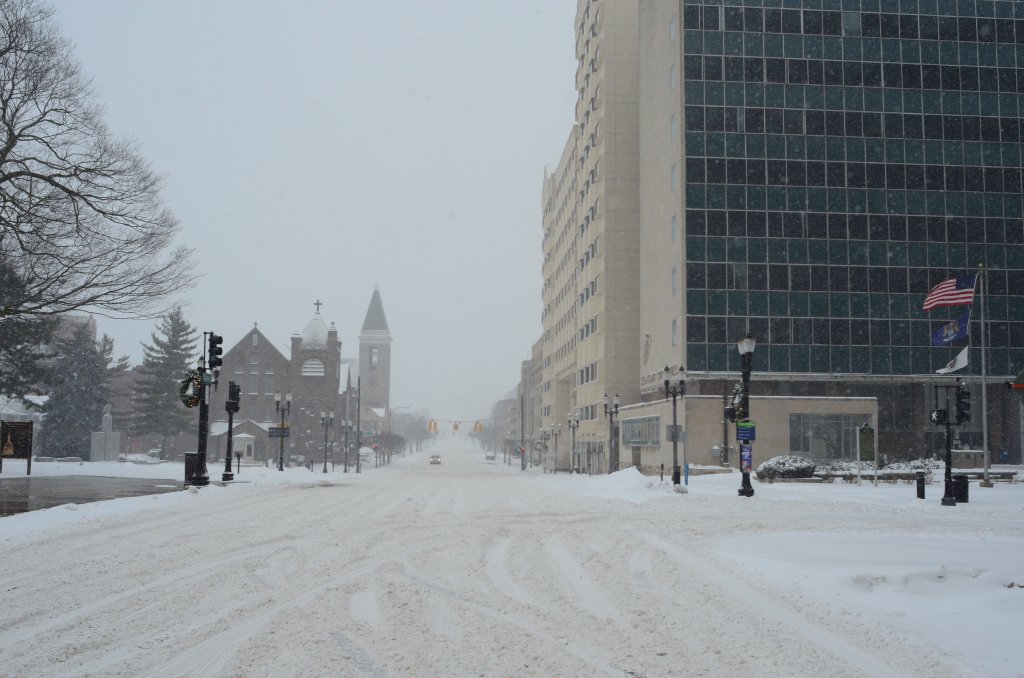 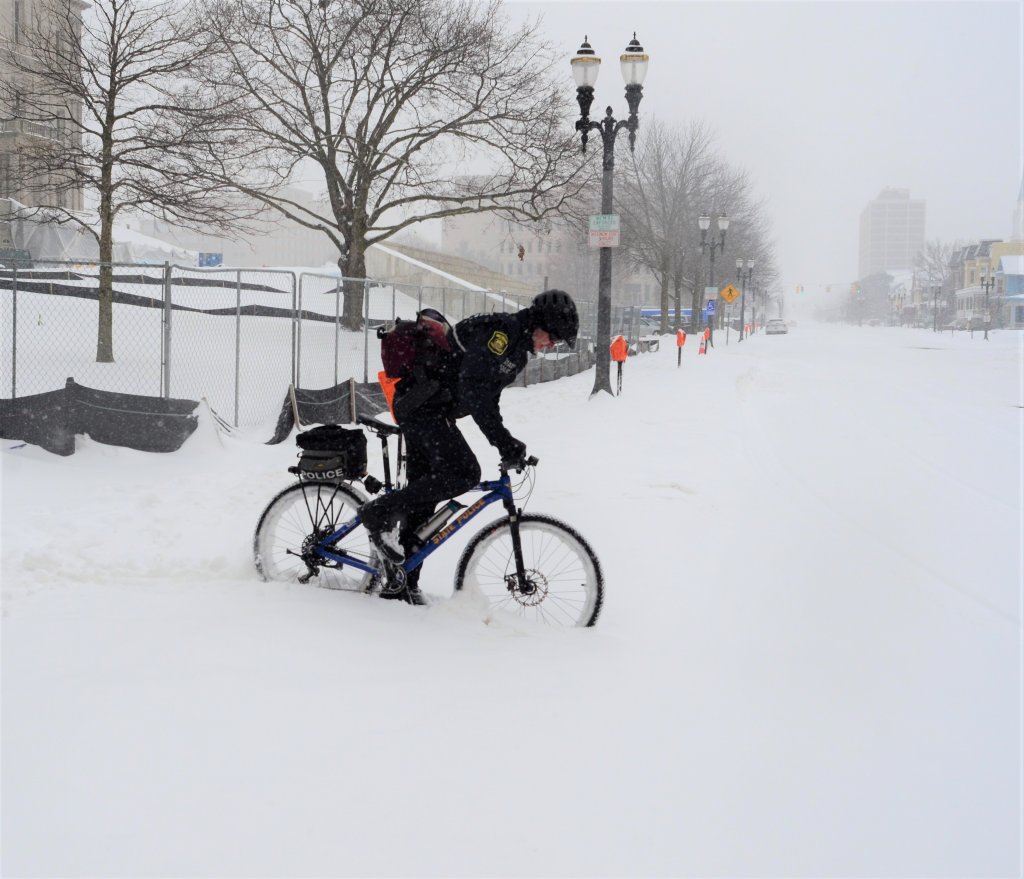 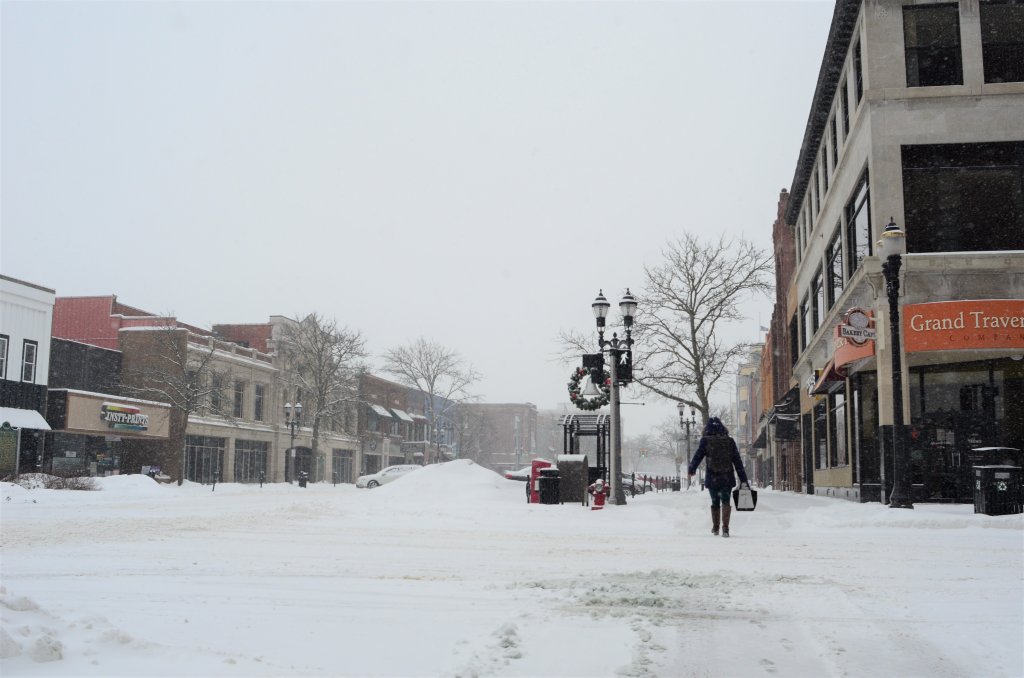 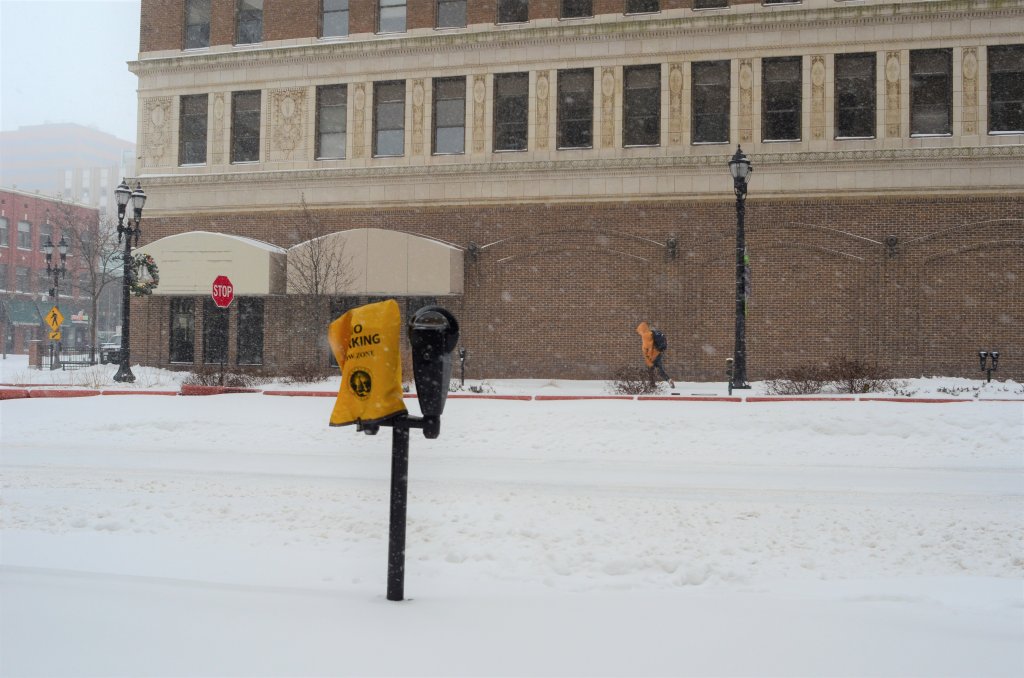 The corner of Michigan Avenue and Washington Square | Michael Gerstein 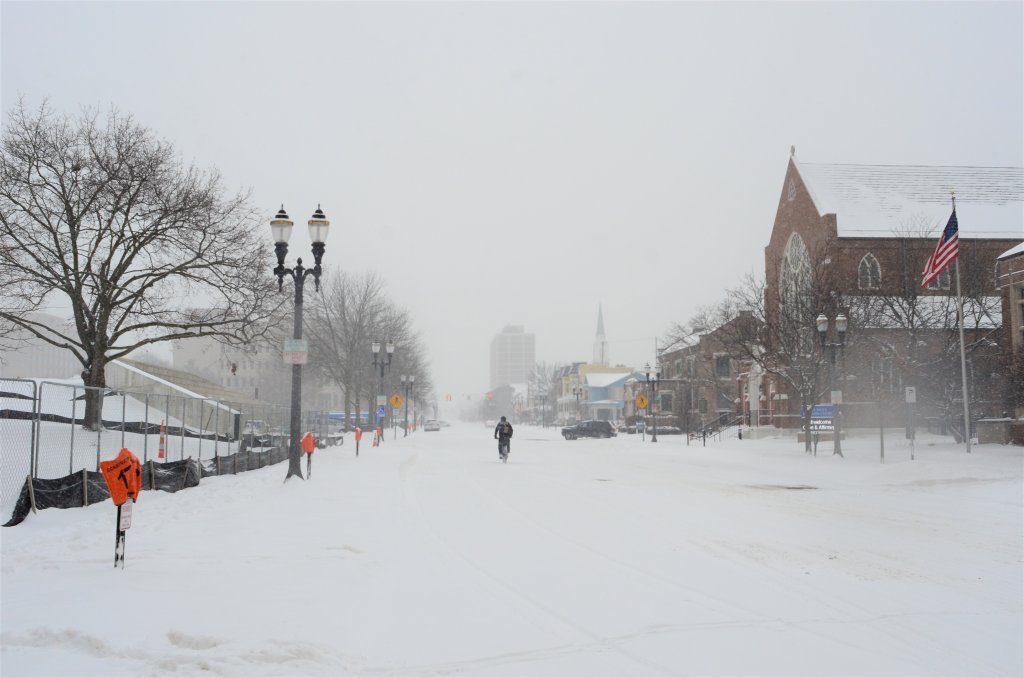 A State Police officer rides into the snowstorm | Michael Gerstein

Some state offices stayed open for “critical functions,” according to the governor’s office. State offices are expected to reopen on Tuesday.

“We are getting a lot of snow in very little time,” Lansing Mayor Schor said on Twitter. “In order to ensure the safety of our residents and visitors, I have declared a snow emergency. People need to stay off of the streets so that we can clear them properly. City employees are working hard to keep roads safe. We will do our best to keep main roads clear as the snow continues to fall, and will get to our side streets as soon as possible.”

We are getting a lot of snow in very little time. In order to ensure the safety of our residents and visitors, I have declared a Snow Emergency. People need to stay off of the streets so that we can clear them properly. City employees are working hard to keep roads safe. https://t.co/T1NSJHlcaO

Some law enforcement offices even jokingly called for a moratorium on breaking the law while snow hammers Michigan.

Meanwhile, some colleges and universities closed their doors to students. Eastern Michigan University and Wayne State University cancelled classes, according to their websites. Community colleges in Wayne, Washtenaw, Oakland and Macomb counties also closed, according to The Detroit News. The  University of Michigan and Michigan State University held classes as usual (although at least one intrepid individual decided to ski on MSU’s campus).

A spokesman for House Speaker Lee Chatfield (R-Levering) announced the House would be closed Monday morning, while Secretary of State Jocelyn Benson urged people who need her office’s services to use the online system, after Lower Peninsula offices closed for the day.

The House is closed today pic.twitter.com/pdW6j9sx8G

The severe weather spurred the Flint City Council to reschedule meetings, while Genesee County buildings closed at noon, according to MLive.

Elsewhere, Ingham County closed its county offices, while Kent County — where Grand Rapids is located — announced it would close government offices by 2 p.m.

Oakland and Macomb counties opened “warming centers” due to low temperatures. Genesee, Lapeer and Sanilac counties will have a winter storm warning in effect until 12 a.m. Tuesday.

As snow and ice disappear with climate change, some Michigan… by Marla R. Miller December 27, 2021
Here's the full text of Biden’s State of the Union address by Michigan Advance March 2, 2022
‘He’s doing their bidding’: Critics say Republicans use… by Anna Gustafson April 17, 2022