As the Michigan Legislature considers bills to open up the Legislature and governor’s office to public records requests, national advocates say it would be a major step forward for transparency in the state. 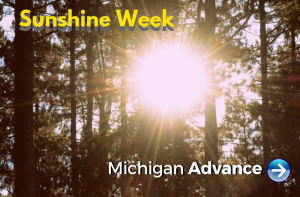 On Tuesday, a state panel advanced House Bills 4007–4016 that would open the governor’s office to certain Freedom of Information Act (FOIA) requests and creates the Legislative Open Records Act (LORA) to administer requests for the Legislature.

“When it comes to lawmaking, I think that transparency is just the way to go, period,” Gomez said.

She added that Michigan’s bills “sound like a good starting point,” and said that lawmakers increasingly see a benefit to their transparency efforts.

“If lawmakers don’t have anything to hide — and they shouldn’t; they’re public servants — then having the public informed of what’s going on helps them not only do their job but also pass legislation that’s going to help the constituents,” Gomez said. “At the end of the day, that’s the number one goal for a lawmakers.”

Gov. Gretchen Whitmer has said she supports the legislation. However, groups like Progress Michigan would like to see the package go further, especially since Michigan ranks at the bottom for transparency among states.

The bipartisan package would exempt conversations with a broad base of constituents in an effort maintain privacy and sensitive information. The legislation, however, would allow the release of documents involving registered lobbyists and other state officials, including those in departments already subject to FOIA.

“The tangible outcome of this legislation will be that we will not be pointed at as the only state that statutorily exempts the governor’s office from its public records law,” said Michael Reitz, executive vice president for the Mackinac Center for Public Policy, a Midland-based, free-market think tank that has worked on FOIA reform for years.

Reitz, who’s also president of the Michigan Coalition for Open Government, notes that Massachusetts also exempts its governor from FOIA. But the Bay State bases that on past court rulings, rather an explicit exemption in the law, as Michigan has.

“We’re either one of one states or one of two states that are in that situation,” Reitz said. “We’ll no longer be dragging at the back of the pack with this change.”

To that end, Whitmer last month signed an executive order aimed at cutting fees and wait times for FOIA requests, but stopped short of opening her office to record requests, saying that she prefers a legislative fix.

Reitz declined to answer what grade the state could get should it pass the package of bills now under consideration.

Speaking in Grand Haven on Monday, Attorney General Dana Nessel said somewhat jokingly that while she’d like to see Michigan get an ‘A’ grade, she would even take a ‘C-.’

Reitz said he’s been working on crafting FOIA legislation for the Michigan Legislature and governor’s office over multiple legislative sessions and will continue to work to enhance transparency.

Since the Center for Public Integrity’s report was issued — coupled with the former Gov. Rick Snyder administration’s response to the Flint water crisis — calls for increased government transparency and FOIA reform have increased.

Last term, the state House unanimously voted to do just that. But the legislation failed to gain traction in the Senate, as the measure was measured was opposed by former Senate Majority Leader Arlan Meekhof (R-Grand Haven Twp.).

Current Senate Majority Leader Mike Shirkey (R-Clarklake) also has expressed concerns, particularly with how any FOIA legislation could affect legislators’ ability to govern. Shirkey spokeswoman Amber McCann told the Advance he continues to have reservations about the legislation.

House Speaker Lee Chatfield (R-Levering) has championed FOIA legislation, however, making the issue one of his caucus’ top policy issues at the start of this legislative term.

“I think that we should be embarrassed that we ranked dead last in the arena of government transparency in our country,” Chatfield previously told the Advance. “I think it’s unacceptable that we require our local units of government to adhere to a certain standard of transparency that we will not adhere to ourselves.”

Reitz said that government transparency is an issue that transcends ideology and it’s increasingly becoming an expectation for the general public.

“I think we’ve put some effort into cultivating a broad base of support in the public for the idea,” he said.

“It resonates with constituents and residents of the state, regardless of where they are or what their political affiliation is. People tend to commonly accept that their government needs to be responsive to them and provide information when they ask for it.”

With new Democratic leadership next year, what long-inert… by Allison R. Donahue December 5, 2022
In wake of Lyoya’s death, a reckoning with Grand Rapids’… by Anna Gustafson May 7, 2022
‘He’s doing their bidding’: Critics say Republicans use… by Anna Gustafson April 17, 2022