Presidential hopeful and U.S. Sen. Bernie Sanders (I-Vt.) delivered his signature stump speech in the heart of Macomb County on Saturday, railing against establishment Democrats, President Donald Trump and America’s wealthy elite to a crowd of hundreds of supporters.

Sanders, like other candidates in the 2020 presidential race, is betting early on the Midwest — and Michigan — being part of their victory path.

The self-described Democratic Socialist slammed Trump for “throwing 32 million people off the health insurance they have,” for not living up to purported pro-working class ideals and for being a “pathological liar” who doles out “huge tax breaks to the wealthiest in this country and the largest corporations.”

But beyond Trump-bashing, Sanders had a message of hope: a government based on unity and economic, racial, social and environmental justice.

And it will be nothing short of “our political revolution,” Sanders said. 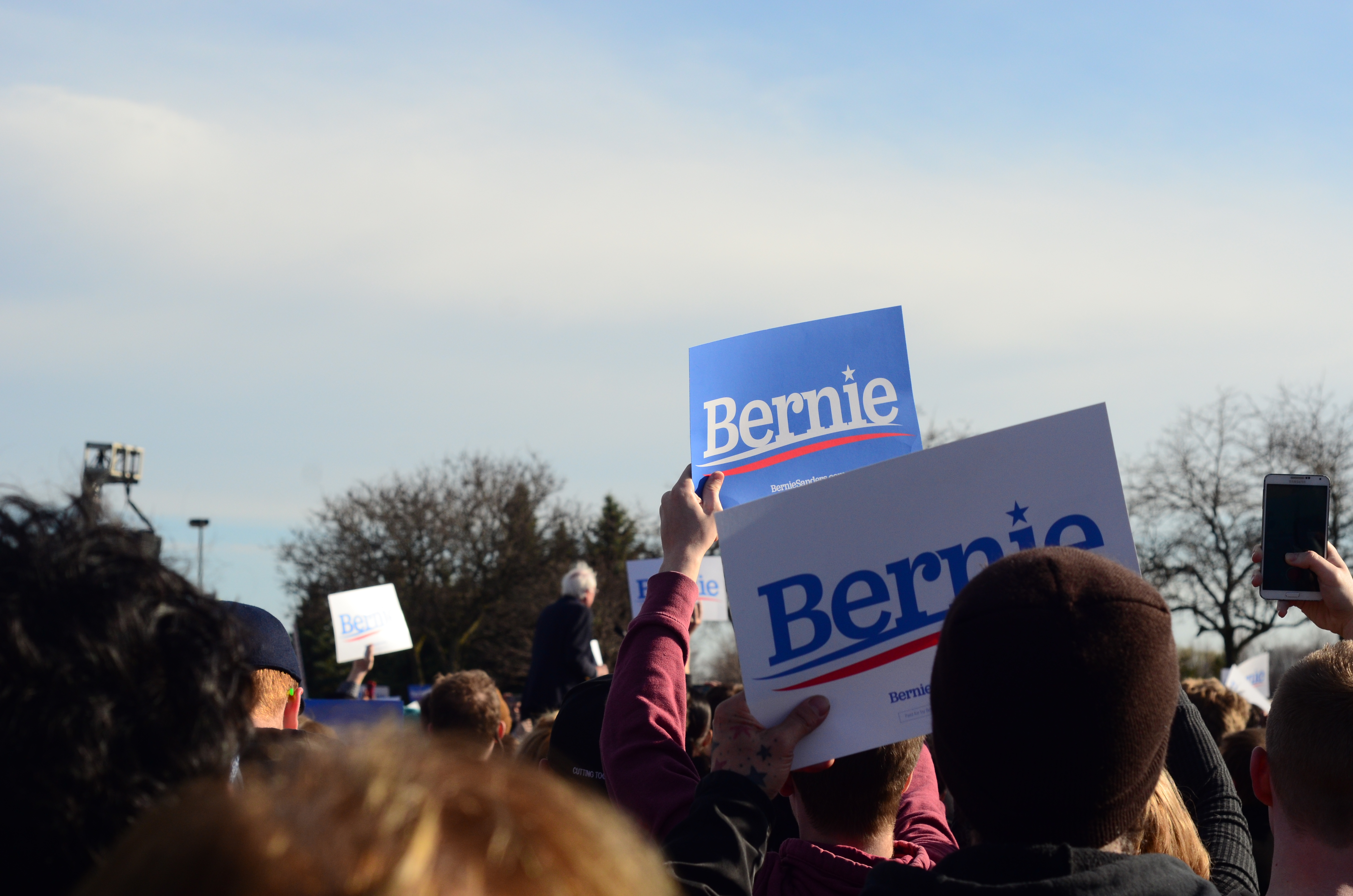 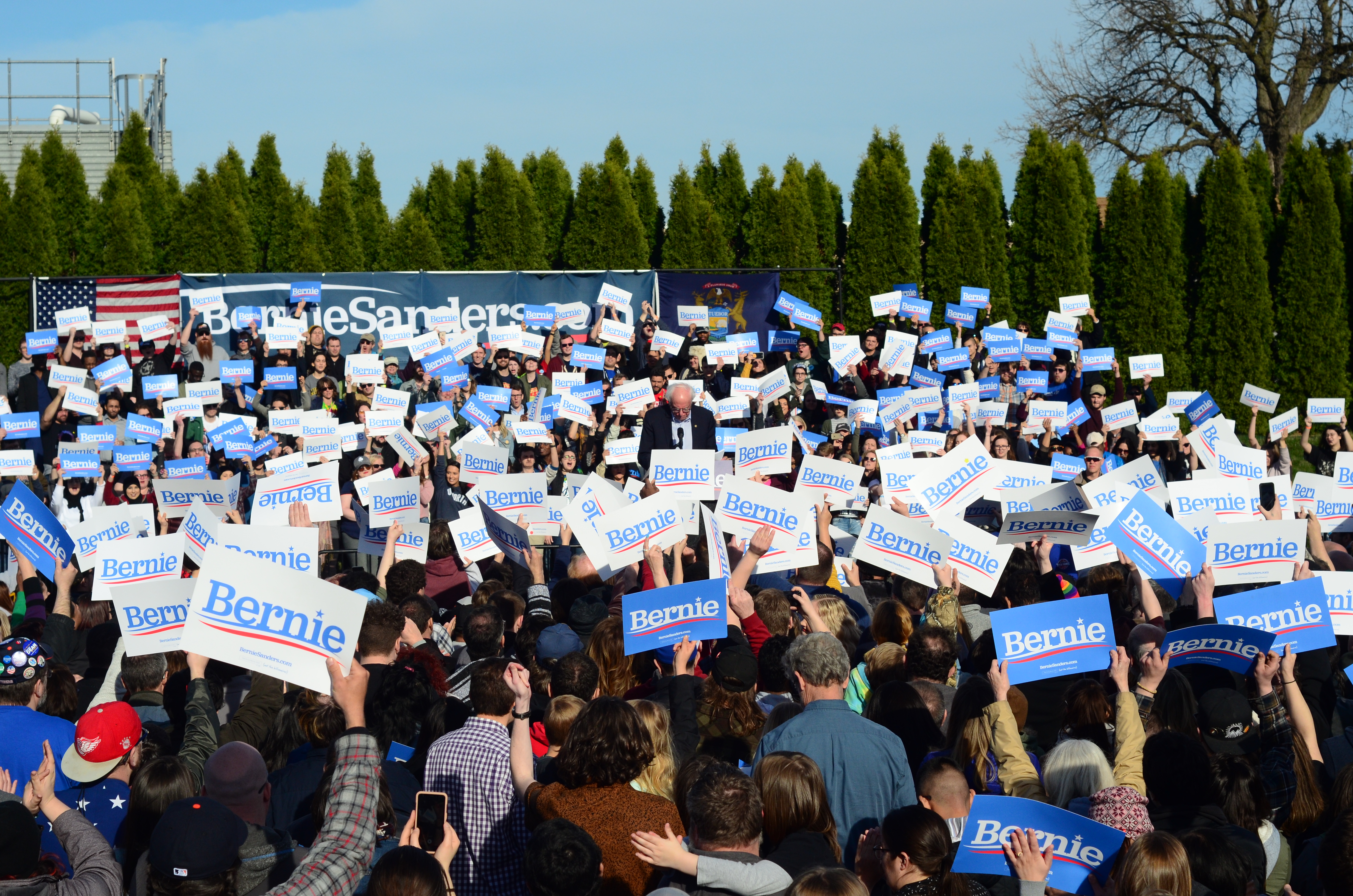 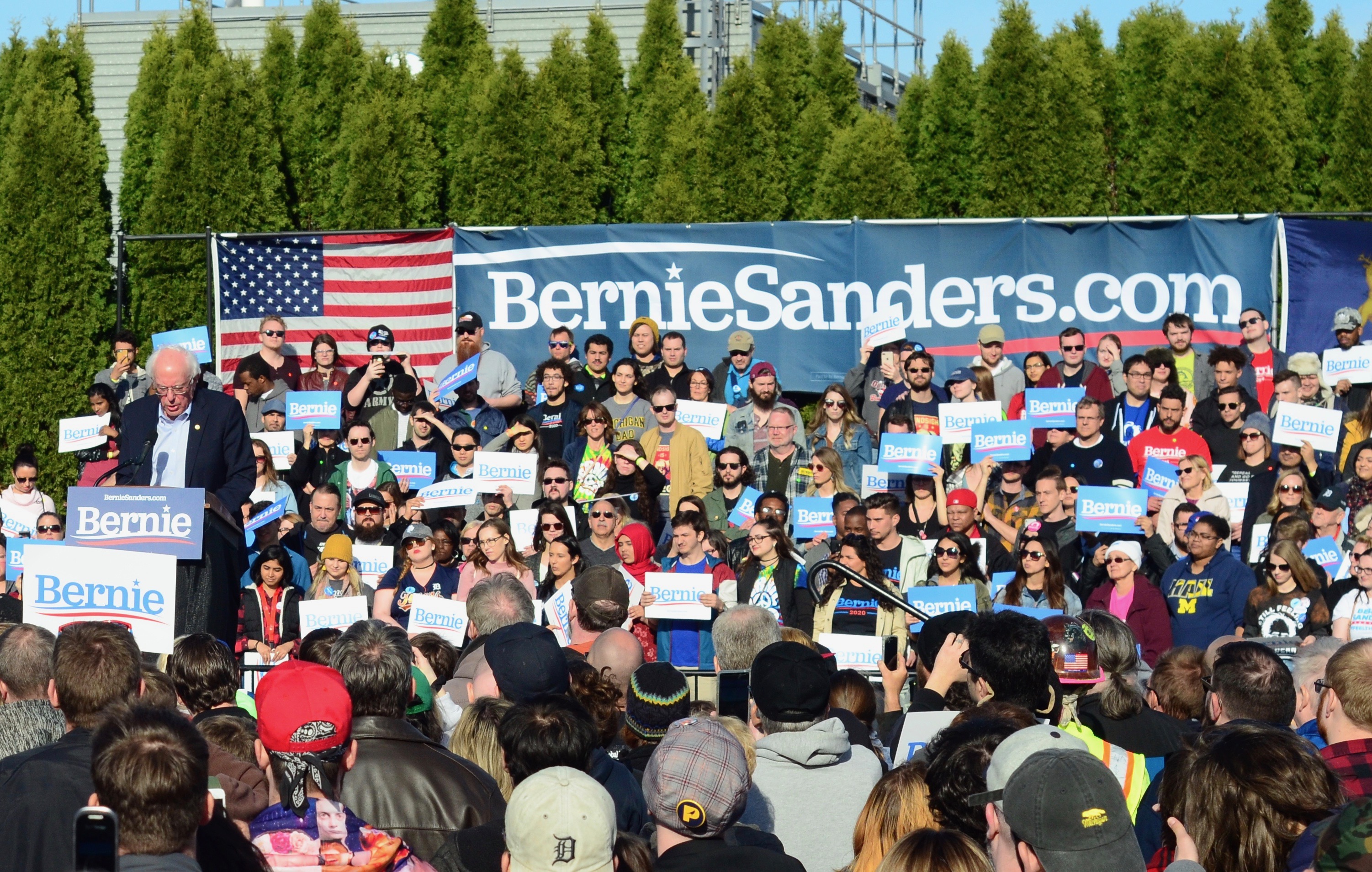 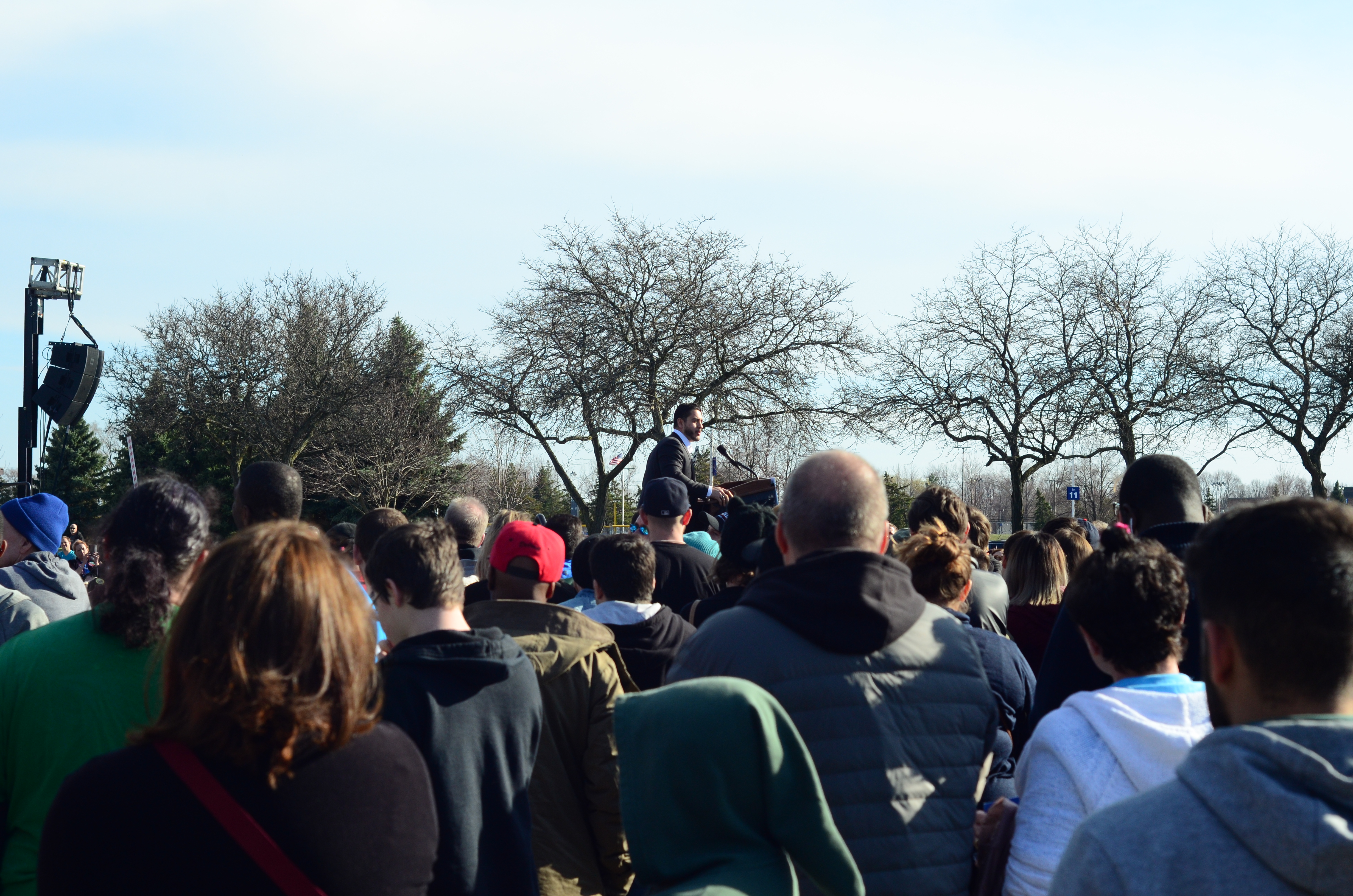 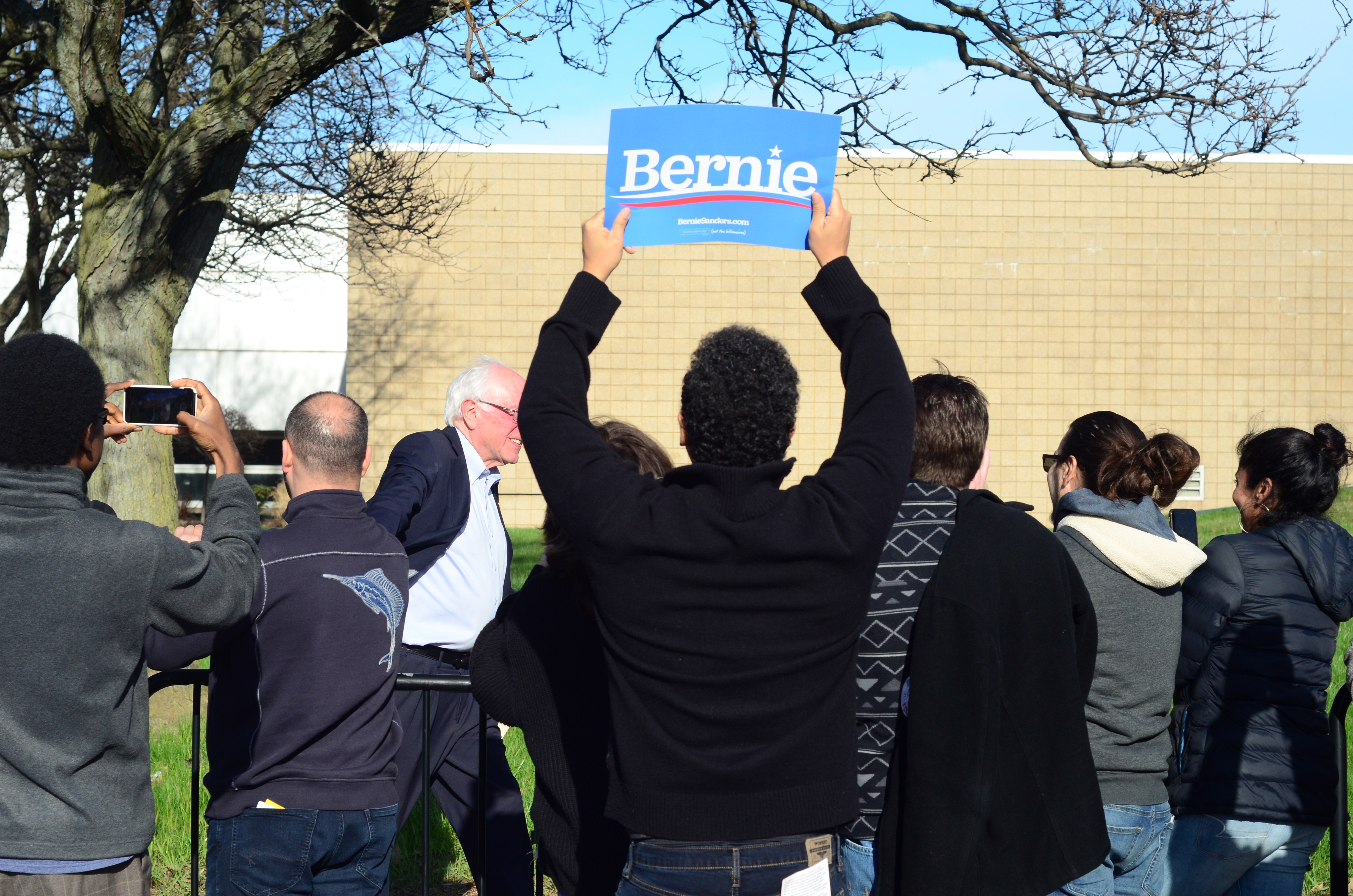 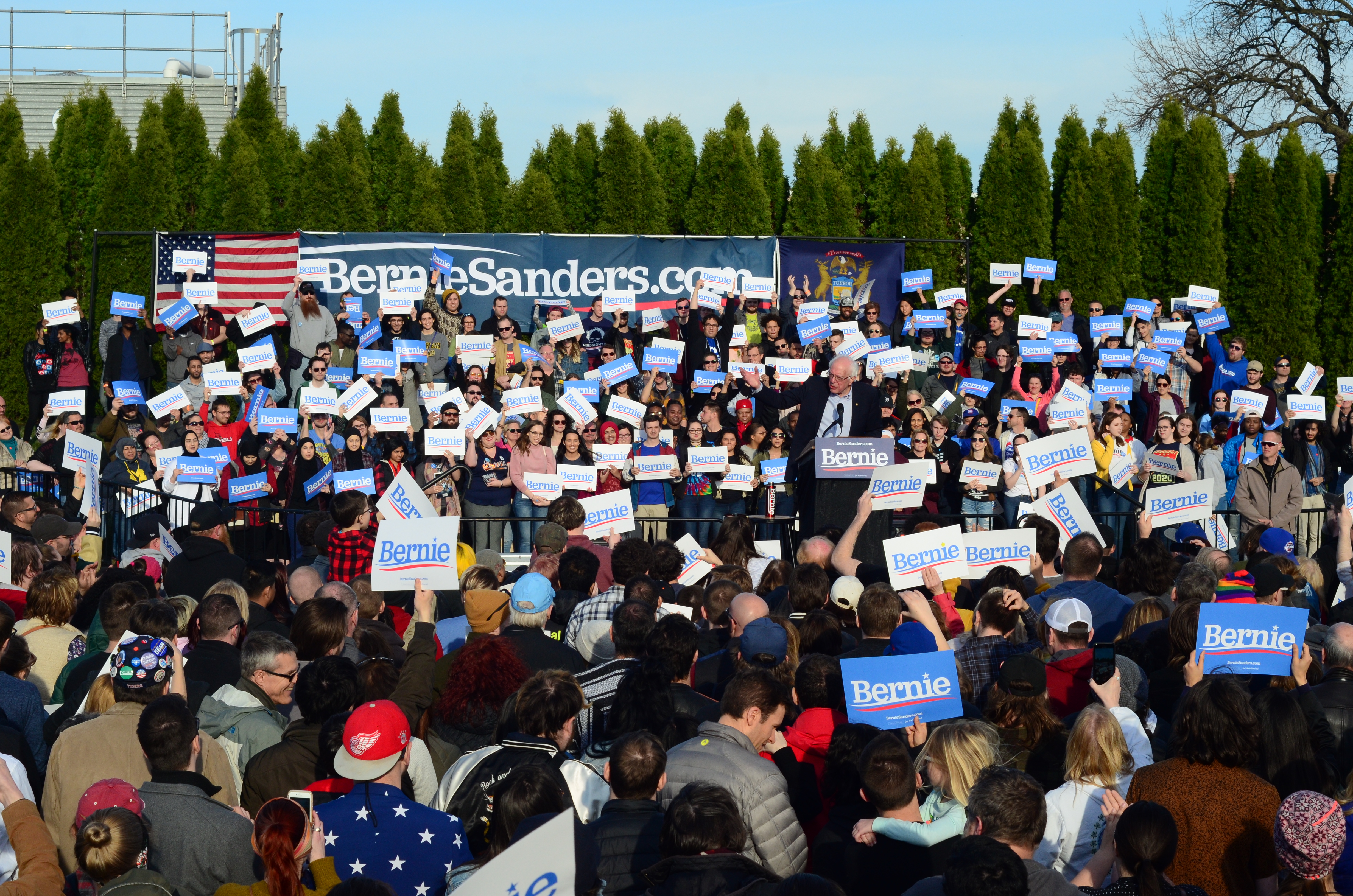 Trump featured heavily during much of Sanders’ speech. The presidential hopeful also said many of his ideas were considered radical just a few years ago, but are now more mainstream. Sanders ticked off tuition-free college, publicly funded elections, seizing back corporate power in electoral politics and a nationalized single-payer health care system.

“So, brothers and sisters, we should be enormously proud that we have come a long way in transforming politics in America over the last four years … and now our job is to complete what we started,” he said. “We are going to bring back the beautiful concept of justice back to this country.”

To do so, Sanders vowed to take on parts of the Democratic Party and political establishment, Republicans, “corporate America,” Wall Street, insurance companies and drug companies.

The message resounded with the crowd in a county that Trump flipped red in 2016. Macomb was one of 12 Michigan counties had voted for President Barack Obama in 2012 before turning red for Trump.

The county is emblematic of the role that Michigan may now play in the 2020 election. Michigan is widely regarded as a major battleground state, along with Pennsylvania and Wisconsin.

Macomb Community College has been a popular stop for politicians in the past, as well.

The Republican National Committee bashed Sanders on his agenda, including the Green New Deal and getting rid of private health insurance.

“Michiganders will overwhelmingly reject Bernie Sanders’ out-of-touch socialist policies,” RNC spokesman Michael Joyce said in a statement. “… Even more alarmingly for voters in the Great Lakes State, however, should be the fact that Sanders wants to abolish the Electoral College, which would completely diminish the voice of Michigan voters in Presidential elections. Add all of that up together and you have a candidate in Sanders who won’t make any headwinds with voters here in Michigan.”*

Sanders made a stop earlier Saturday in Coopersville and stopped in Detroit after his Warren event.

He’s the latest candidate to come through Michigan. Trump kicked off his 2020 re-election campaign in Grand Rapids at the end of March. Democratic candidates like former U.S. Rep. Beto O’Rourke (D-Texas) and U.S. Kirsten Gillibrand (D-N.Y.) have made stops, as well.

Sanders was introduced by Abdul El-Sayed, a 2018 Democratic gubernatorial candidate who lost to Whitmer. El-Sayed was a 2016 Sanders supporter and the senator returned the favor by endorsing him late in the primary.

Sanders’ message resonated with several voters at the rally Saturday who spoke with the Michigan Advance.

“I really like him. I like everything he’s for: health care, women’s rights, just everything. We need a change,” said Amy Millan, who said she lives in Oakland County.

Bethany Nelson, a 26-year-old from Grand Rapids, said she supported Sanders in 2016 and is still with him for 2020 because of his “inspiring message.”

“It was awesome. It was inspiring,” she said of his speech. “I’m a fifth grade teacher, so some of those things about poverty and high housing rates and things like that I can definitely relate to, because I see it every day.”

“He’s probably the best guy with my views; I’m just a little leery about his age. I’m 70 years old and I have a hard time getting around as it is,” Alfafara said, chuckling. “I can’t imagine what he’s going through right now. But, like I told my wife, I wanted to be out here with like-minded people. So that’s why I’m here. I’m all in on his policies.”

Here's the full text of Biden’s State of the Union address by Michigan Advance March 2, 2022
With new Democratic leadership next year, what long-inert… by Allison R. Donahue December 5, 2022
‘He’s doing their bidding’: Critics say Republicans use… by Anna Gustafson April 17, 2022