Beneath the natural beauty of Clark’s Marsh in Oscoda lurks some of the highest concentrations of toxic chemicals from firefighting foam in the state.

The Huron National Forest destination north of Michigan’s Thumb was once popular for hunting and fishing. Now it’s covered with metal signs riddled with bullet holes and messages warning locals not to eat the fish or deer. 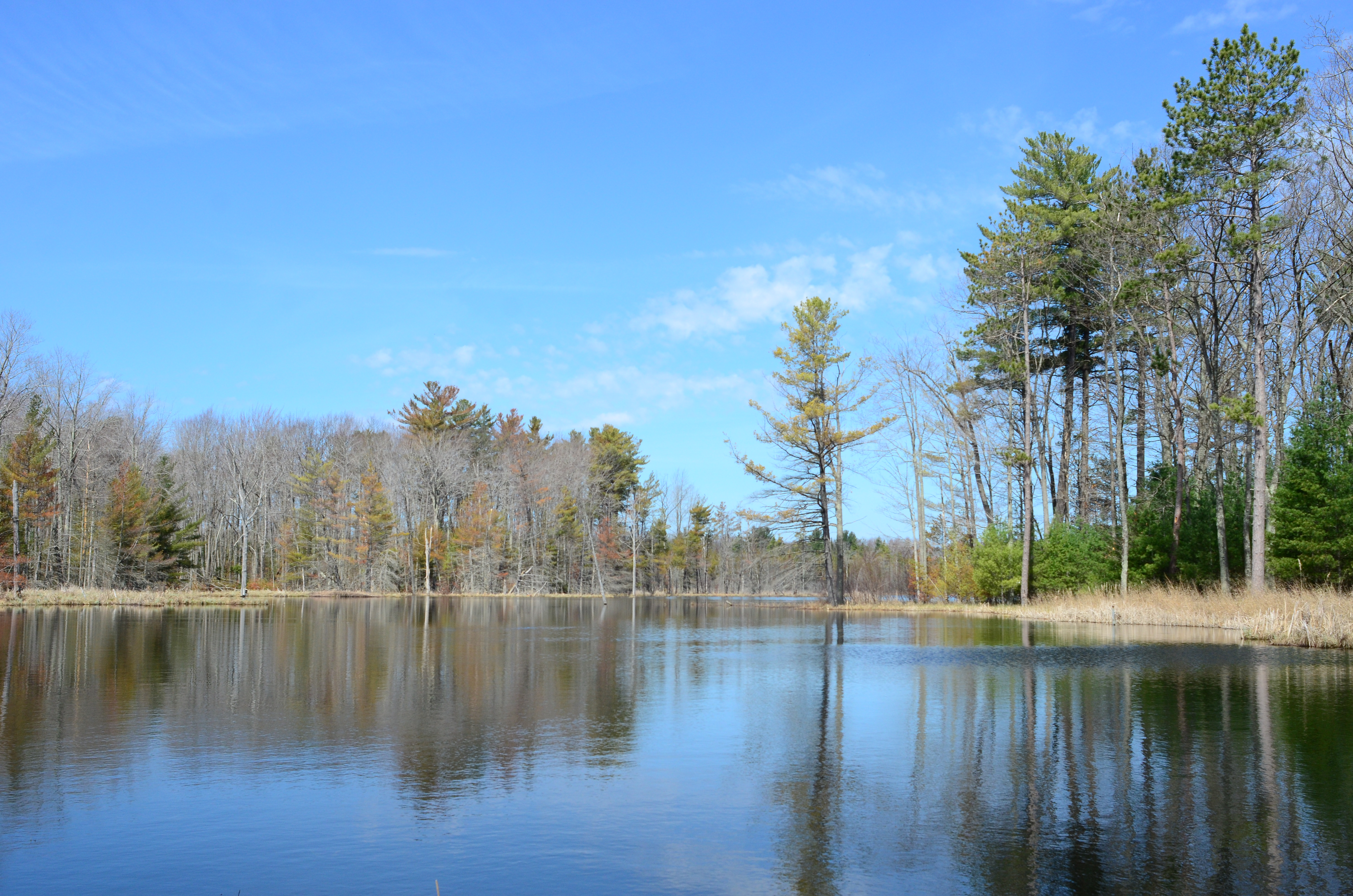 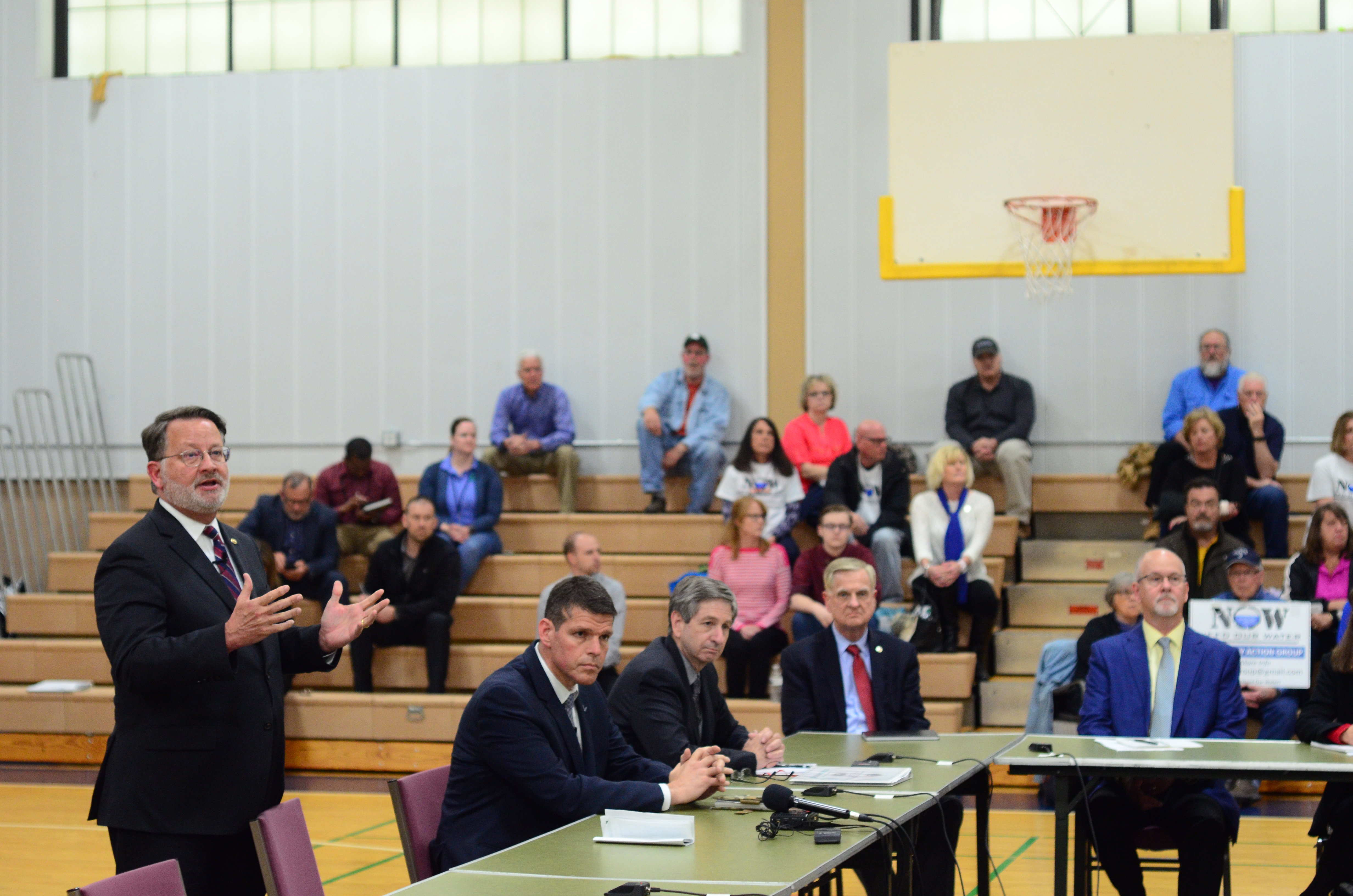 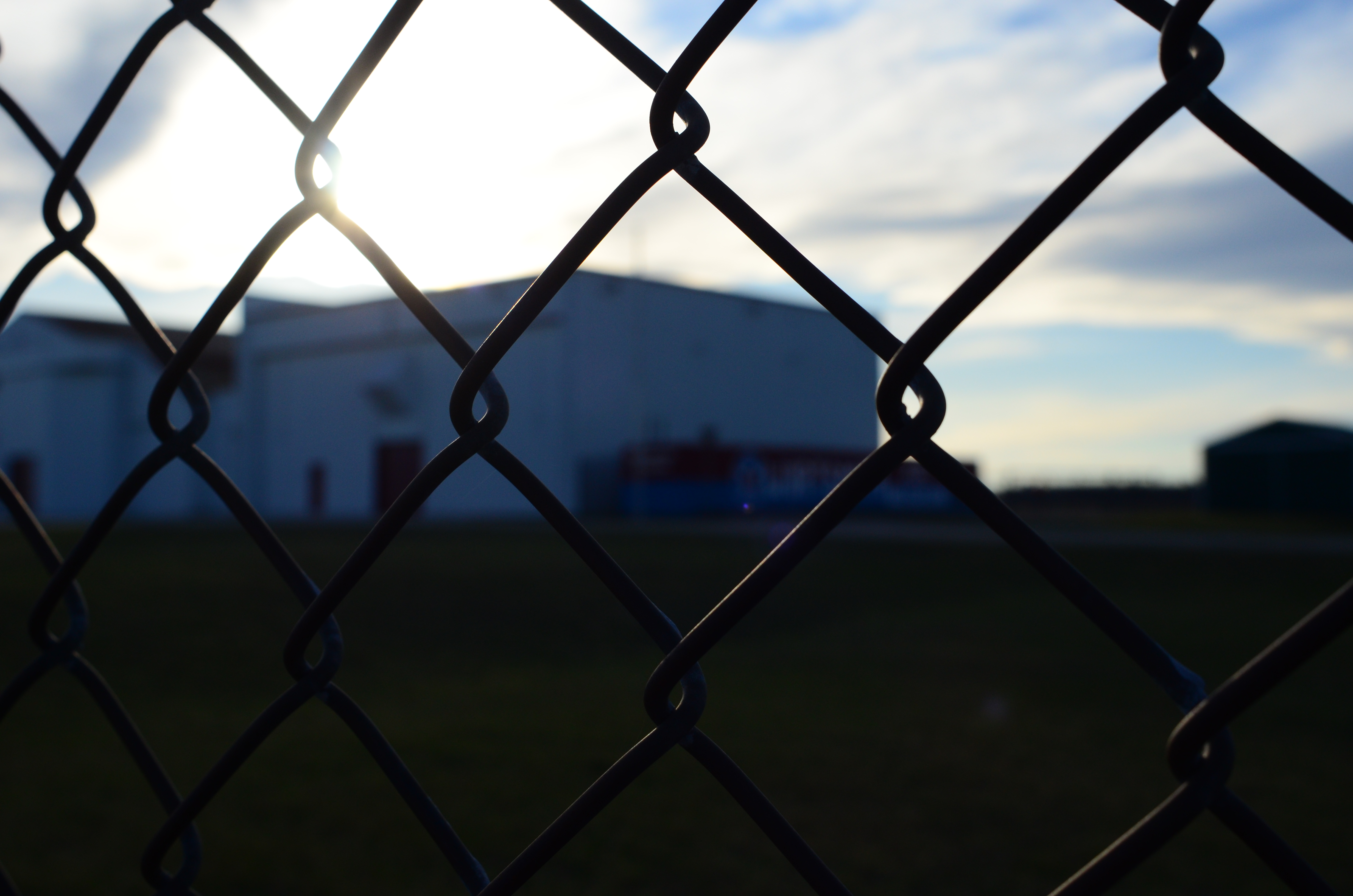 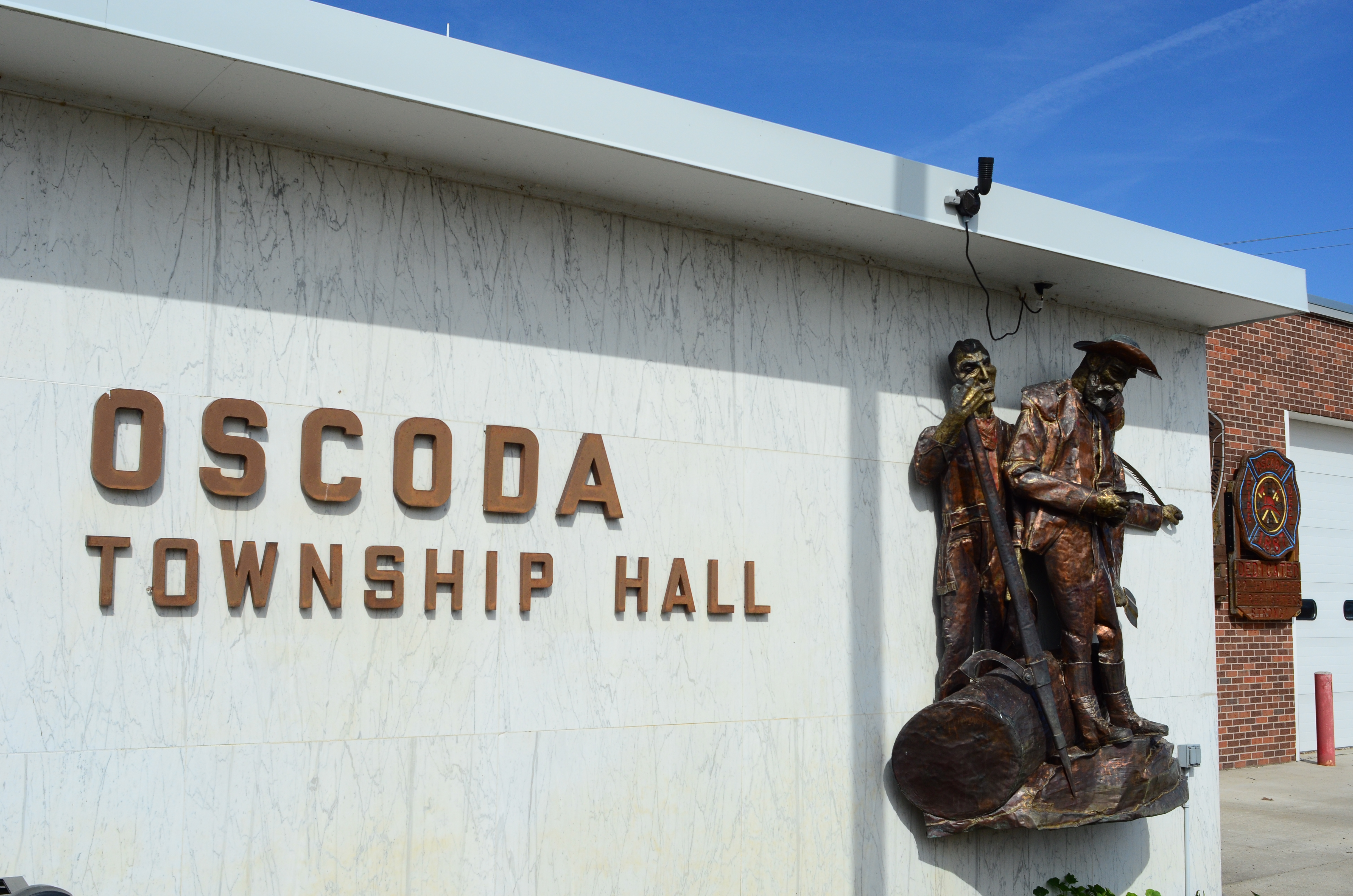 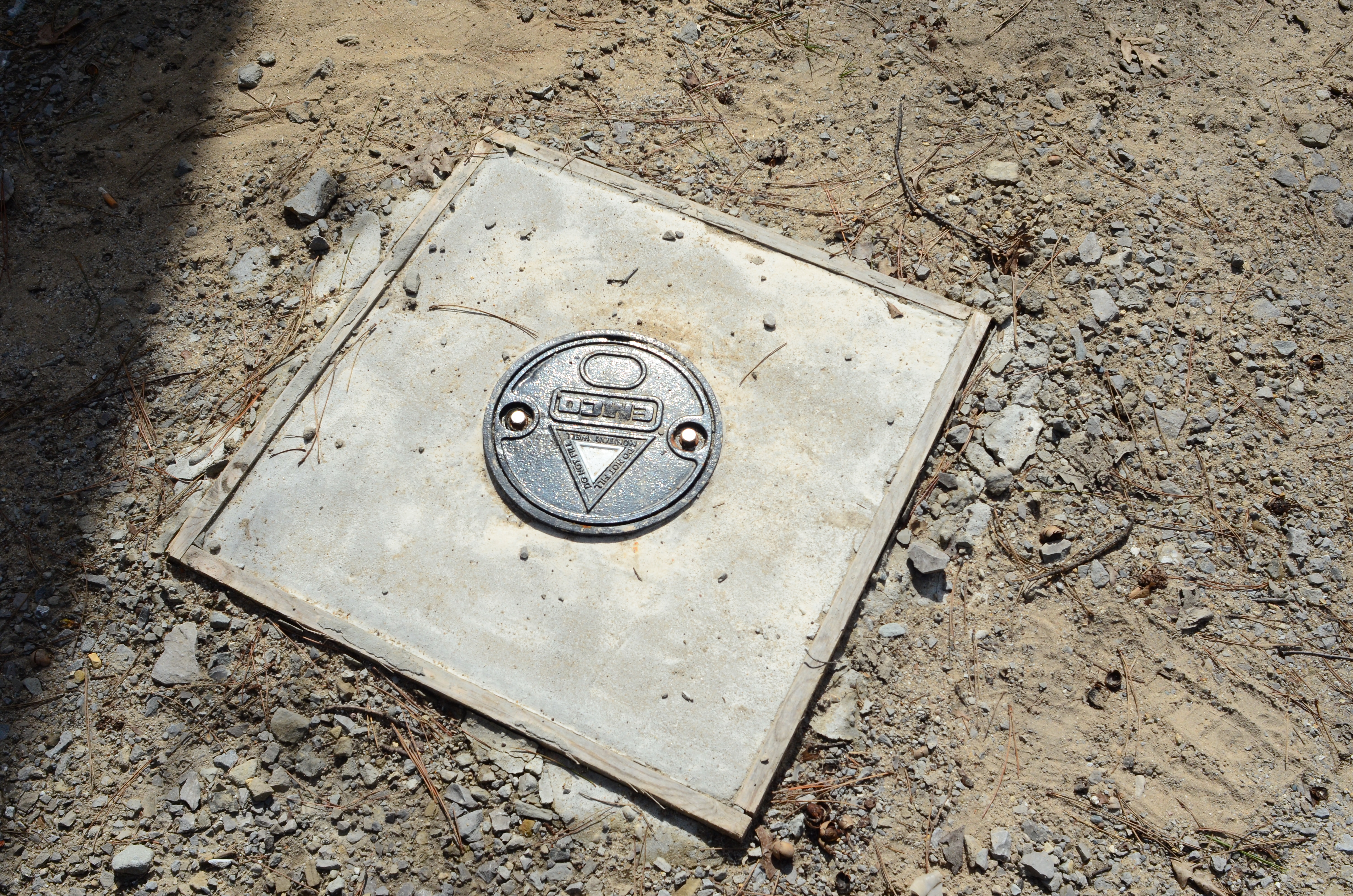 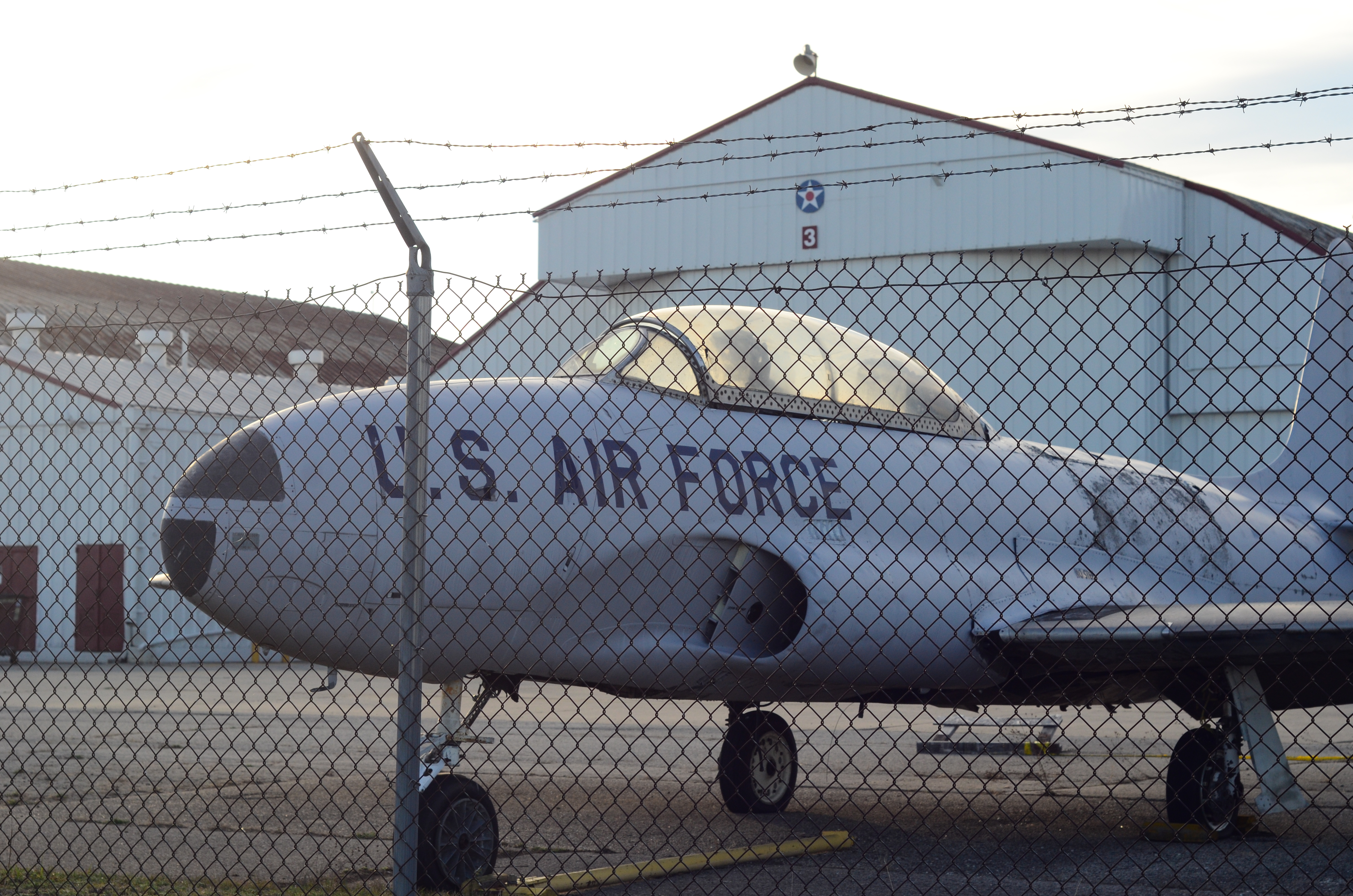 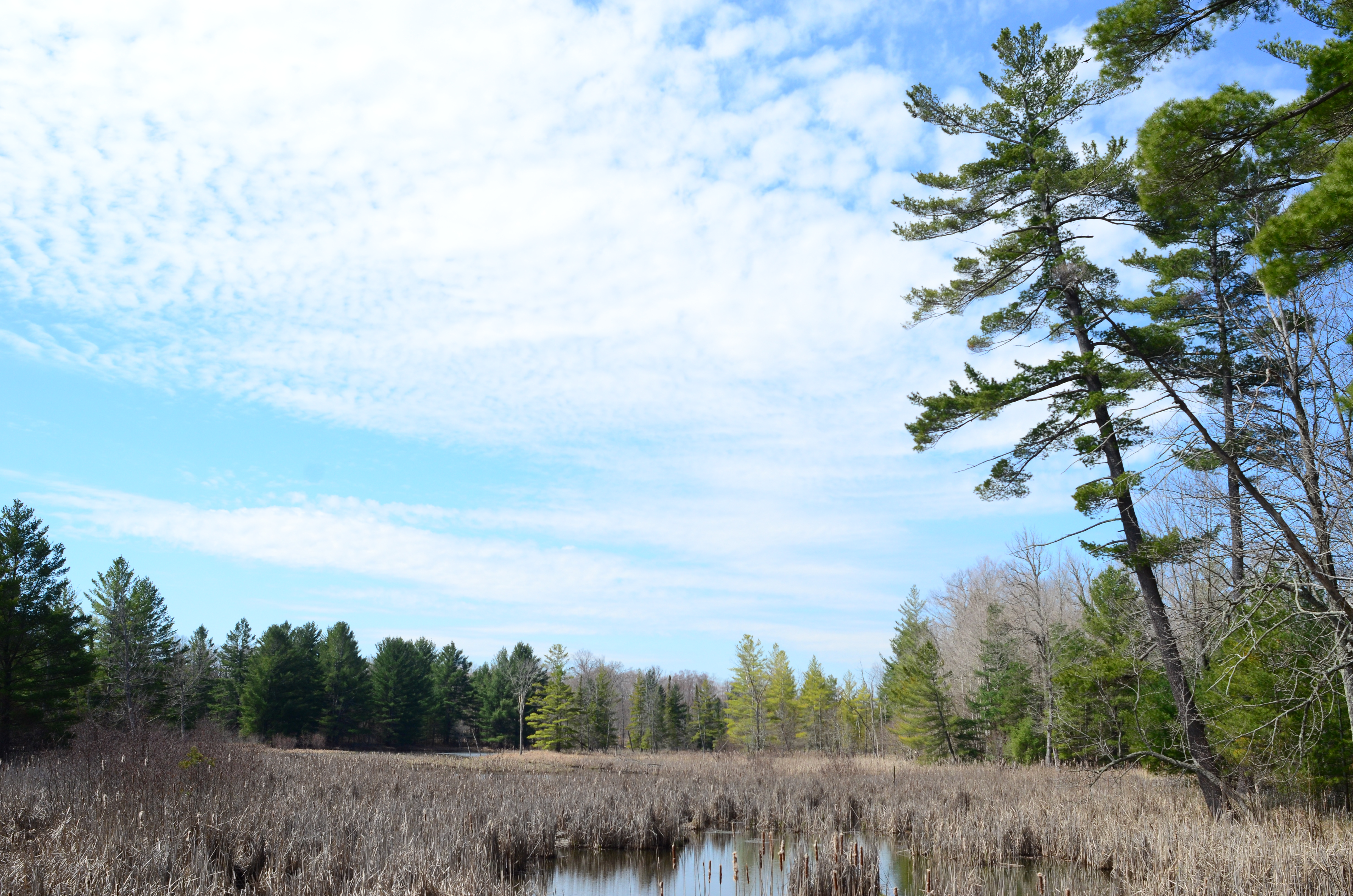 Clark’s Marsh in Oscoda, which is being monitored for PFAS levels | Michael Gerstein 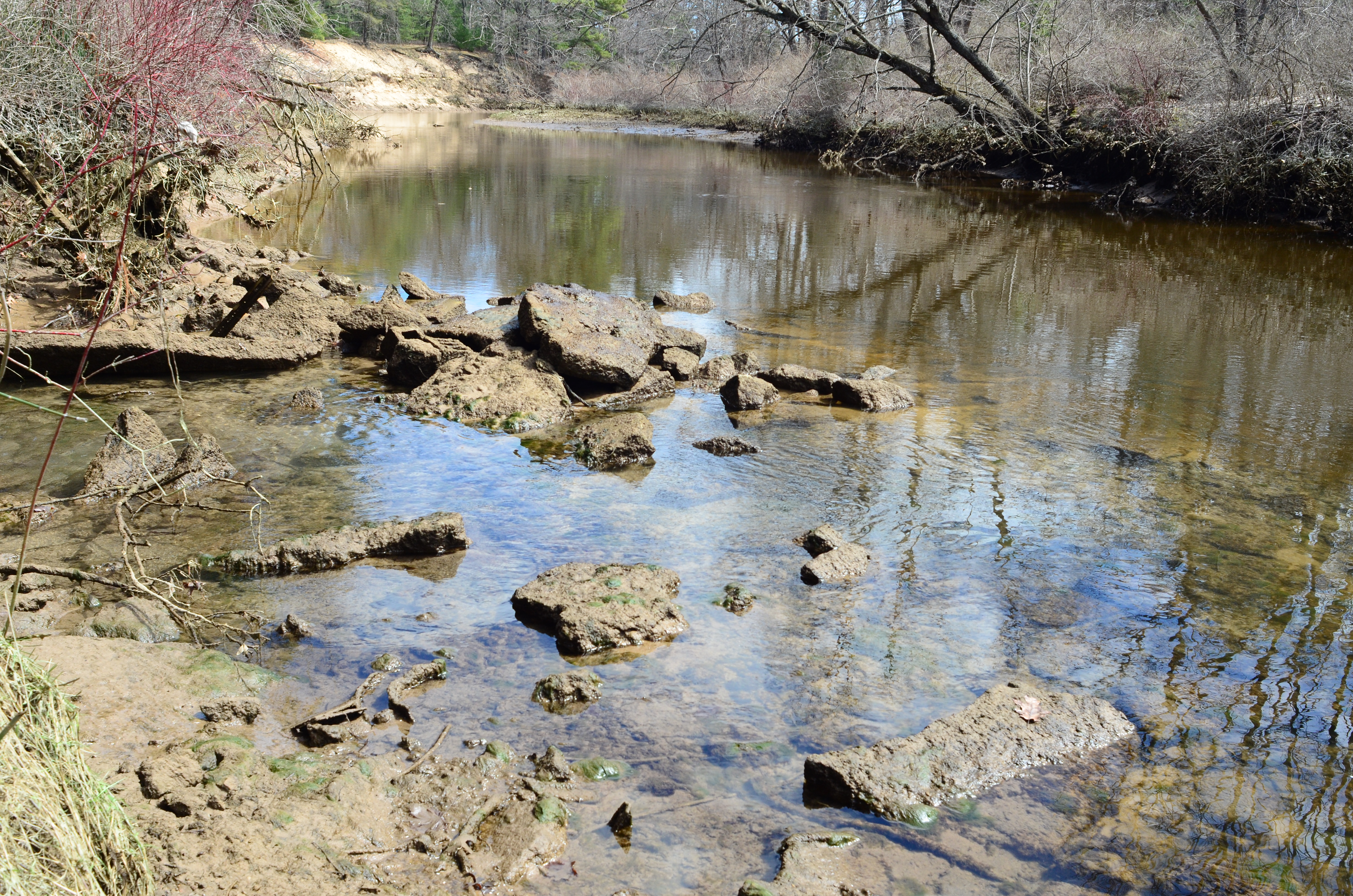 Van Etten Creek, which has been polluted by PFAS | Michael Gerstein 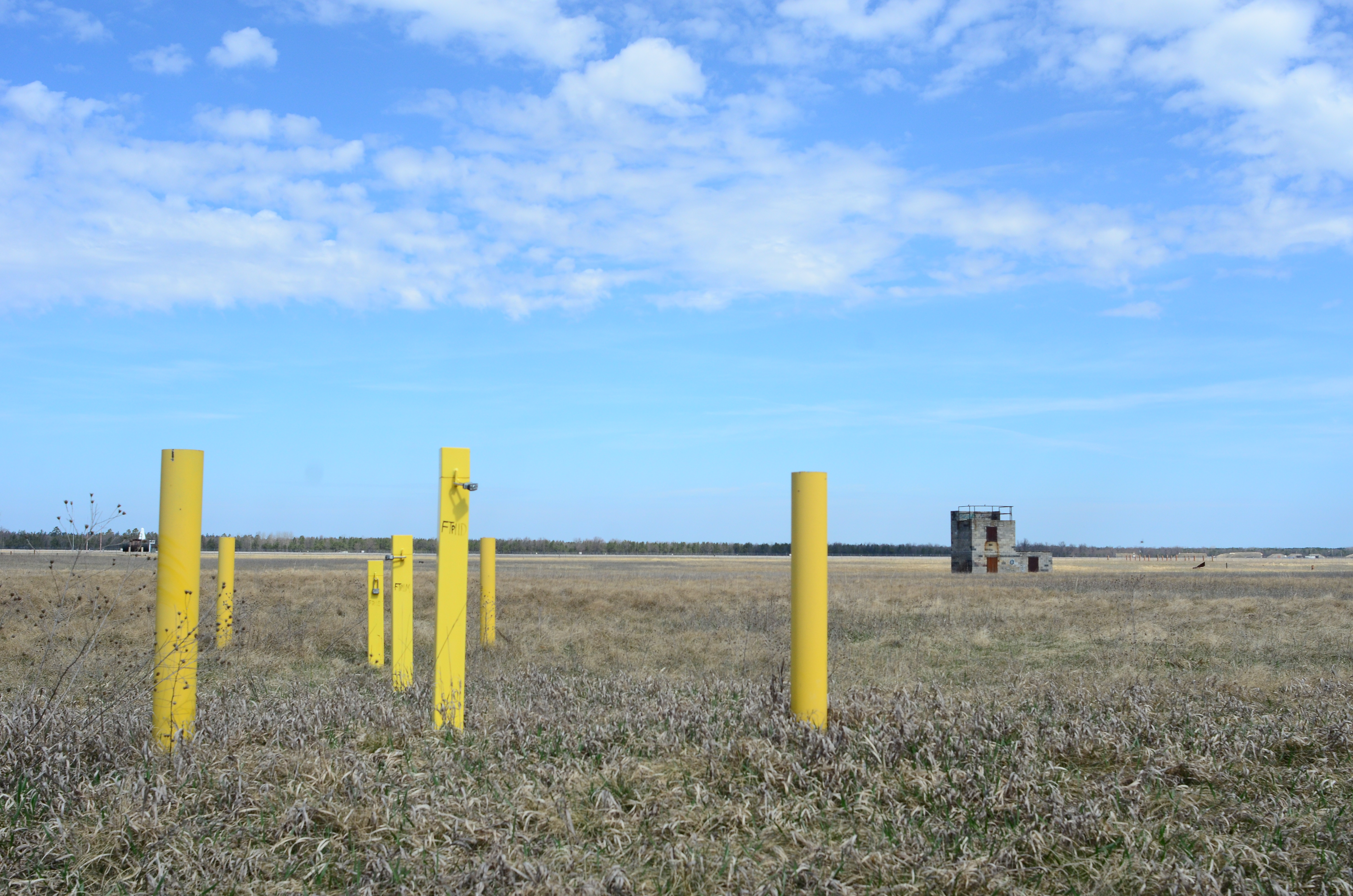 The forest sits next to the now-defunct Wurtsmith Air Force base, from which a plume of toxic chemicals has spread to the nearby Au Sable River, Van Etten Lake and Clark’s Marsh, as well as more than 200 homes connected to private drinking water wells.

“I almost want to call it biological warfare on their own people,” said Oscoda Township Supervisor Aaron Weed, who spent 22 years serving in the U.S. Air Force at bases in Oklahoma, Texas and North Carolina, before settling in Michigan about eight years ago.

Weed said he perceives it as “deliberate action on their part to slow down and avoid” cleanup, which is “almost the same thing.”

Top Pentagon officials, on behalf of the Air Force, met with Weed during a public town hall-like public comment session on Wednesday at the Oscoda Community Center.

Residents aired their anger and frustration with the plodding pace at which Air Force officials have addressed the problem.

Wurtsmith Air Force base closed in 1993. It still may take at least another four years before the Air Force can begin acting on a formal cleanup plan for the area.

That’s according to Air Force Assistant Secretary John Henderson, who came to Oscoda from Washington, D.C., at the invitation of U.S. Sen. Gary Peters (D-Bloomfield Twp.).

Henderson said the Air Force is “about halfway through” monitoring, testing and analyzing a large plume of per- and polyfluoroalkyl pollution known as PFAS that has affected the township’s groundwater.

Two of the most common chemicals in Oscoda and elsewhere in Michigan are PFOS and PFOA — part of a suite of roughly 5,000 similar chemicals.

The substances were once widely used in a type of firefighting foam useful for putting out jet fuel fires, as well as in consumer products such as Scotchguard, Teflon, furniture and even cosmetics. They have now been linked to cancer and liver and thyroid problems.

Firefighting foam used in training procedures at the base leached into the soil and underground water, spreading off base. For years, the Air Force also had dumped untreated water containing the pollution into Van Etten Creek, which flows into Van Etten Lake and eventually Lake Huron, according to officials at the Michigan Department of Environment, Great Lakes and Energy (EGLE).

State officials have not found concerning PFAS levels in Lake Huron, but pollution is far above health advisory standards in the lake and creek.

Henderson said the Air Force is acting as quickly as it can.

“That process, unfortunately, takes a lot of time,” he told frustrated Oscoda residents during the Wednesday public comment session.

“In some cases, we’re just constrained by the laws of physics and the time it takes to get this done,” Henderson said. “It’s frustrating for us, too. I wish it could go faster. On the other hand, I don’t want to rush to failure. If there is an opportunity to go faster, we certainly will.”

In the years to come, the Air Force may have to contend with pollution from firefighting foam not just in Michigan, but in 401 known facilities where it was used across the country, according to a U.S. Government Accountability Office (GAO) report.

The Pentagon suggested in a report last year that 380 parts per trillion is an acceptable maximum cleanup threshold, the New York Times reported.

The U.S. Department of Health and Human Services’ Agency for Toxic Substances and Disease Registry has suggested a safety threshold at levels about 30 times lower than that.

The EPA set an advisory level of 70 ppt, and is seeking to codify that number in order to compel cleanups where levels exceed it.

One part per trillion is equivalent to one drop in 20 Olympic size swimming pools.

Peters, who sits on the U.S. Senate Armed Services Committee, criticized the Air Force’s timeline when speaking with reporters after the Oscoda community meeting Wednesday.

“I don’t think four more years is acceptable to anyone; folks have been waiting too long,” he said. “But I think there’s also a recognition that you have to do the job right … so we don’t have to come back here later and do more, and also the taxpayers want to make sure the job is being done efficiently.”

Peters said the Air Force could act quicker if EPA standards were tougher. But he also said that he trusted that Henderson “will move as quickly as the science and engineering allows him to do that.”

The EPA plans to announce a new maximum contaminant level for PFOS and PFOA by the end of the year, Acting EPA Administrator Andrew Wheeler said in February. He said the 70 ppt advisory level “is a safe level for drinking water.”

Once set, the standard will be enforceable under the federal Safe Drinking Water Act.

Some critics, including Steve Sliver, who directs Michigan’s PFAS response team, say the Air Force could take immediate interim actions to clean up contamination before the years-long federal review process is complete.

“There’s not many barriers to interim measures that can’t be overcome, and they have been doing some,” Sliver said. “We think they could do more, quicker. And we’ve been very open about that and we’ll continue to offer our help.”

Anthony Spaniola, an attorney who owns property on the polluted Van Etten Lake in Oscoda, said he thinks the Air Force is making “a conscious decision … to spend as little money as possible” because of the significant cost to clean up PFAS contamination at Air Force bases nationwide.

In the meantime, other local residents are aggravated and worried.

Edward Davison Jr., 83, owns 210 acres next to the base in Oscoda and laments that he can no longer rent out his property to hunters and anglers who fear the contamination. He said he wants action, not more analysis.

“These guys have been screwing around with Wurtsmith for 30 years,” he said. “They know where the foams are.”

“I’m upset that my government would act like a bunch of jerks,” he declared. “Nobody’s asking for money. All they wanna do is get it cleaned up.”

Sheila Bierlein, a 33-year-old bartender, said she can’t plant a vegetable garden at her home because of the pollution. And she said she worries about her two young children.

“It’s always in the back of my mind because my kids — they’re going to grow up [swimming] in this water,” Bierlein said between pouring cocktails and beers for the few locals coming into the Edelweiss Tavern on Wednesday night.

Bierlein added that she’s lived here for the past 11 years.

“So it’s like, are my kids going to grow up and have a health issue?” she wondered. “But, like I said, I can’t stop my kids from living a normal life, either.”