Five hundred people marched on Wednesday along West Vernor Highway in Southwest Detroit to demand driver’s licenses for all — including undocumented immigrants.

Protests also were held in Grand Rapids and Kalamazoo.

“For too long, undocumented immigrants in Michigan have driven with the fear that we may be arrested, detaine and even permanently separated from our families and deported for simply driving without a license to work, to pick up their kids from school, or to the hospital,” said Gema Lowe of Movimiento Cosecha Grand Rapids.

The day of action was coordination with May 1 “Driving Without Fear” immigrant marches planned in several cities across the nation including New Jersey, Indiana, Georgia and Wisconsin. 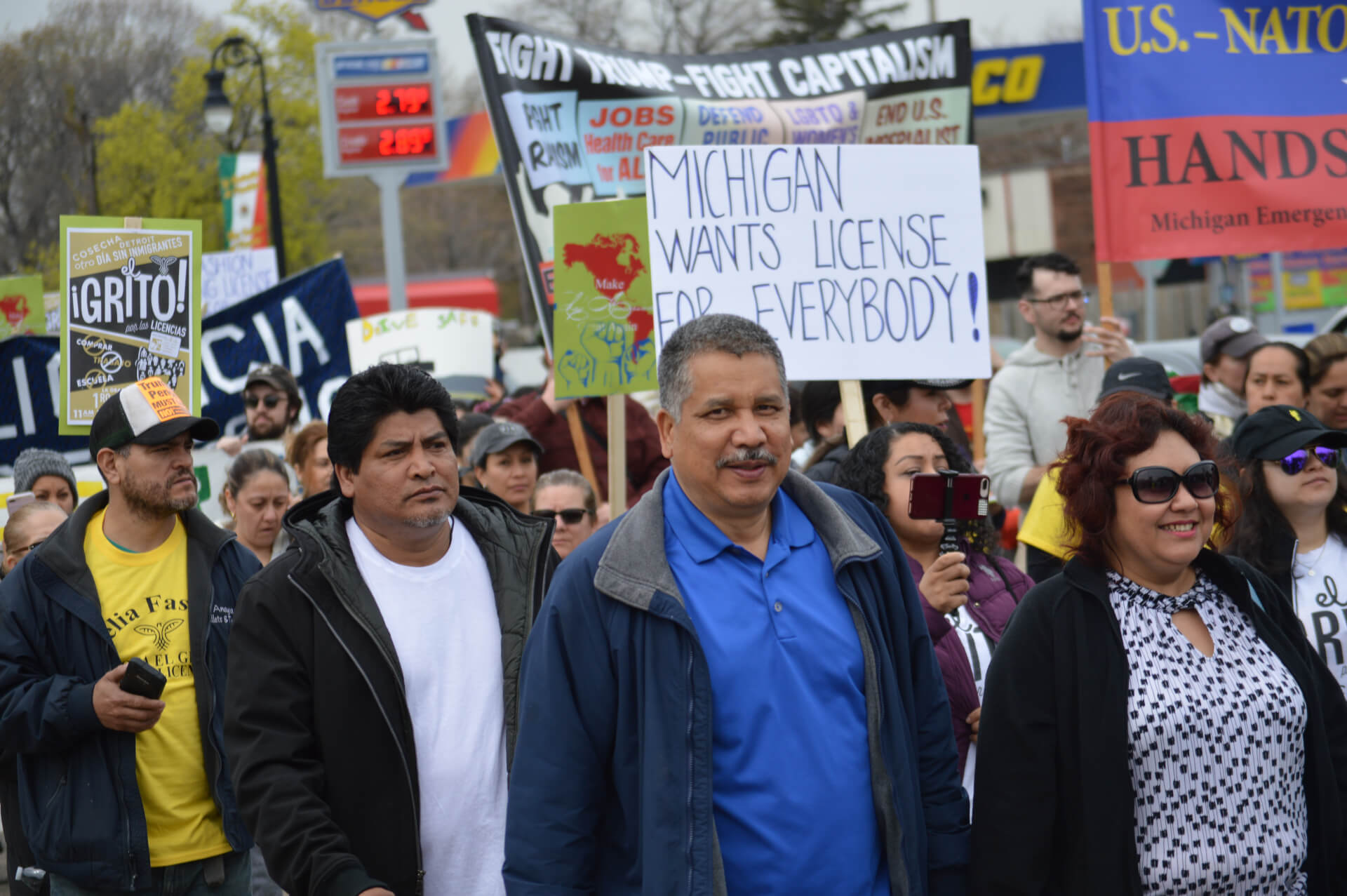 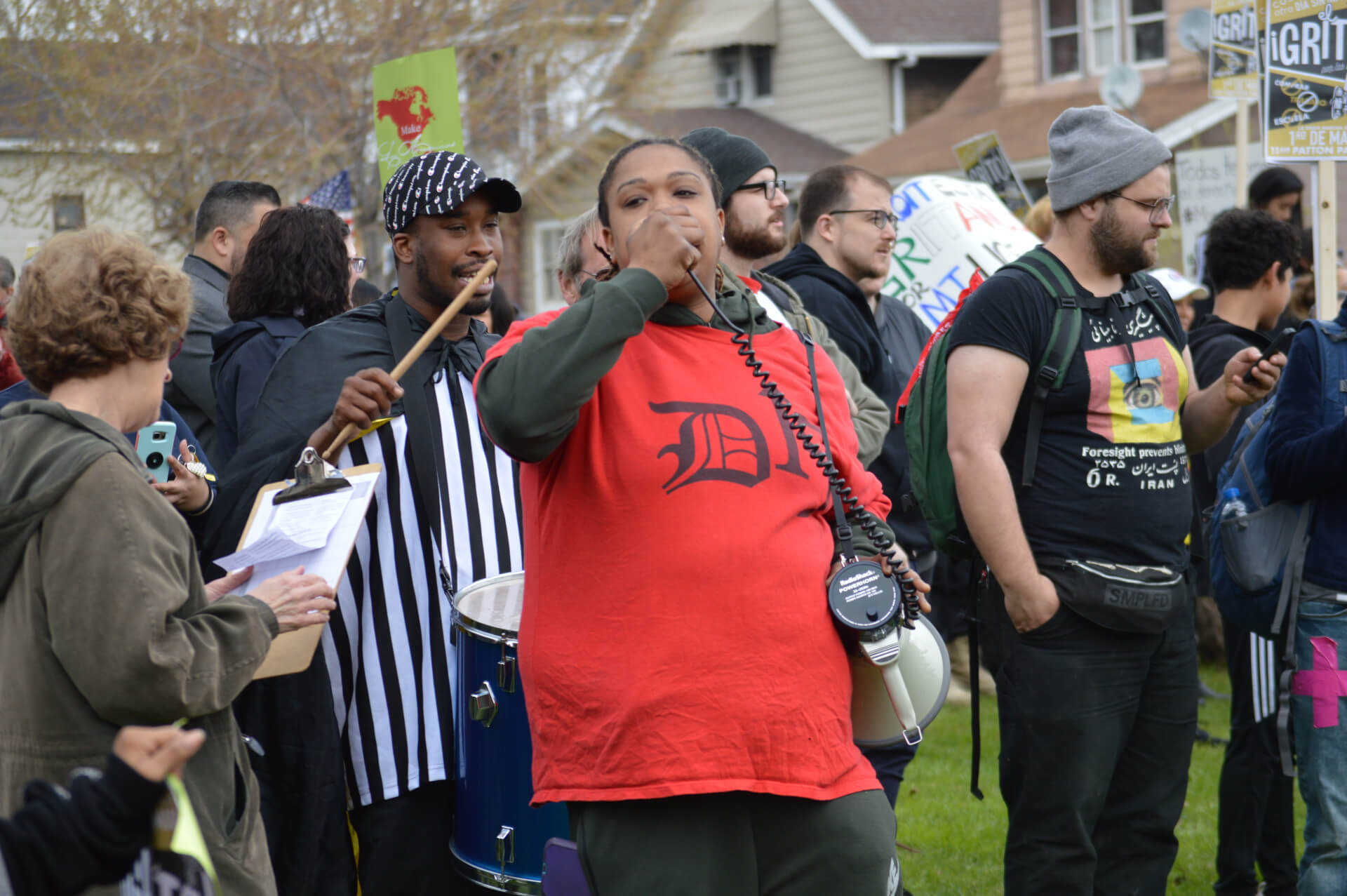 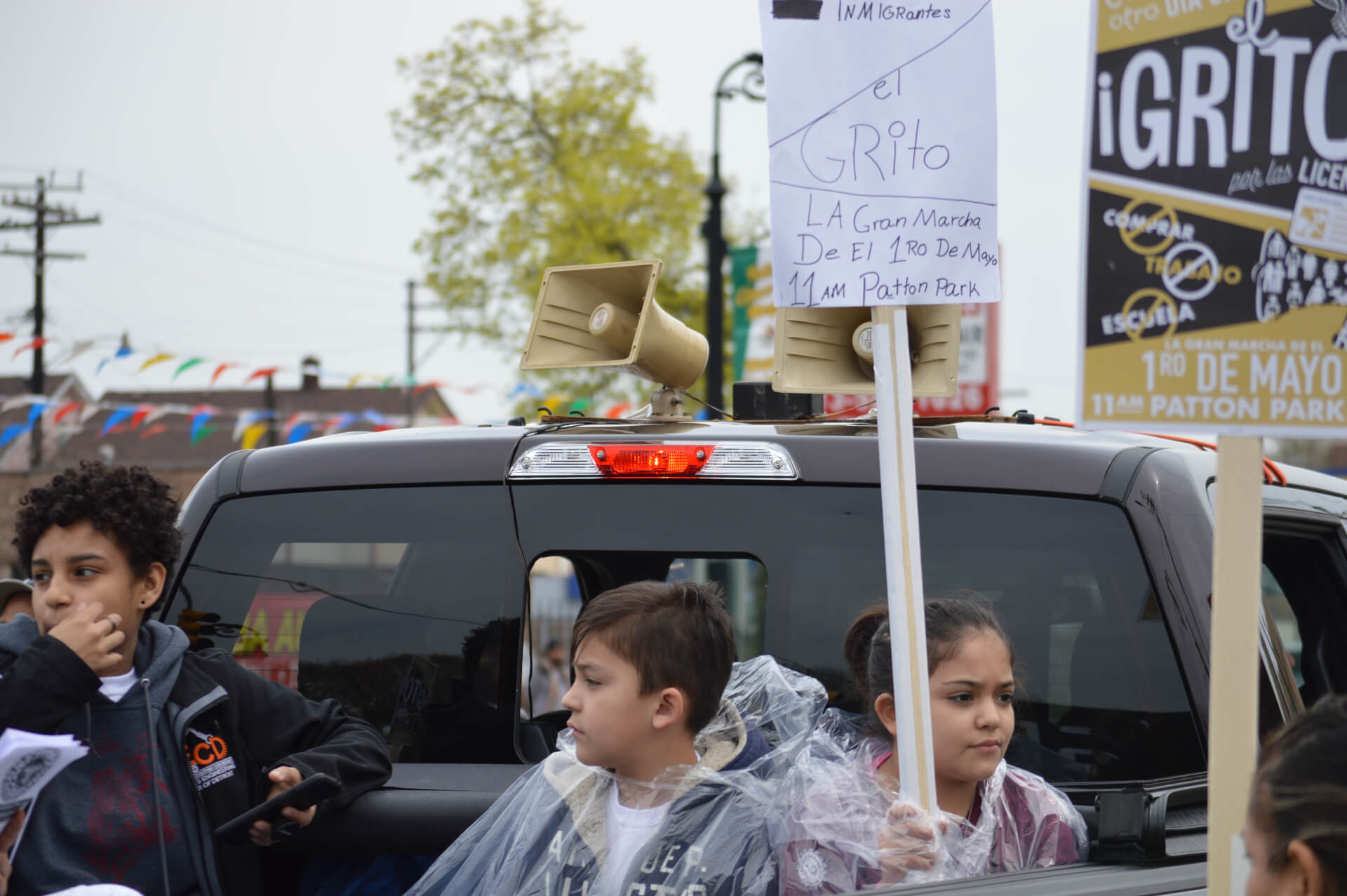 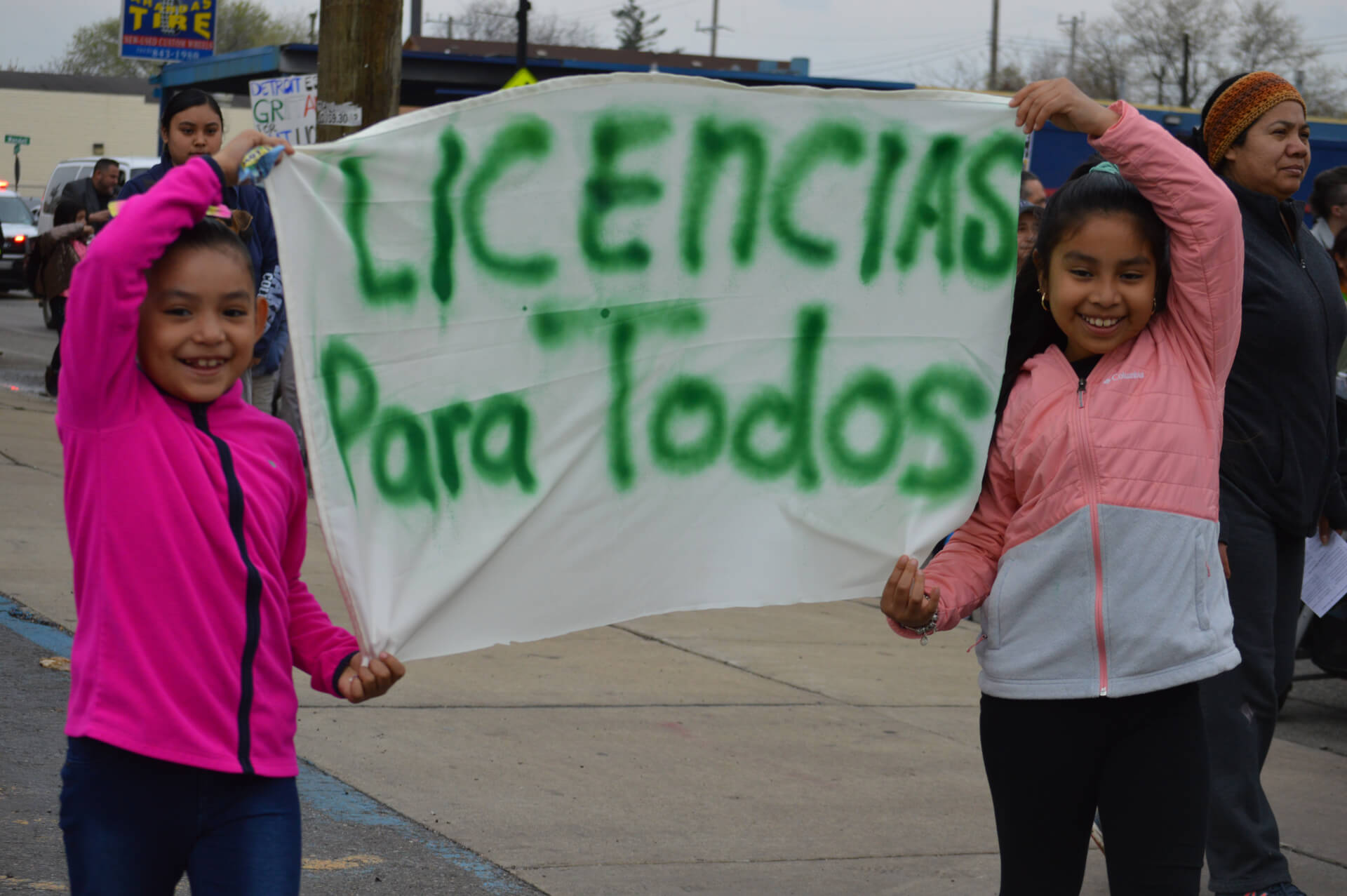 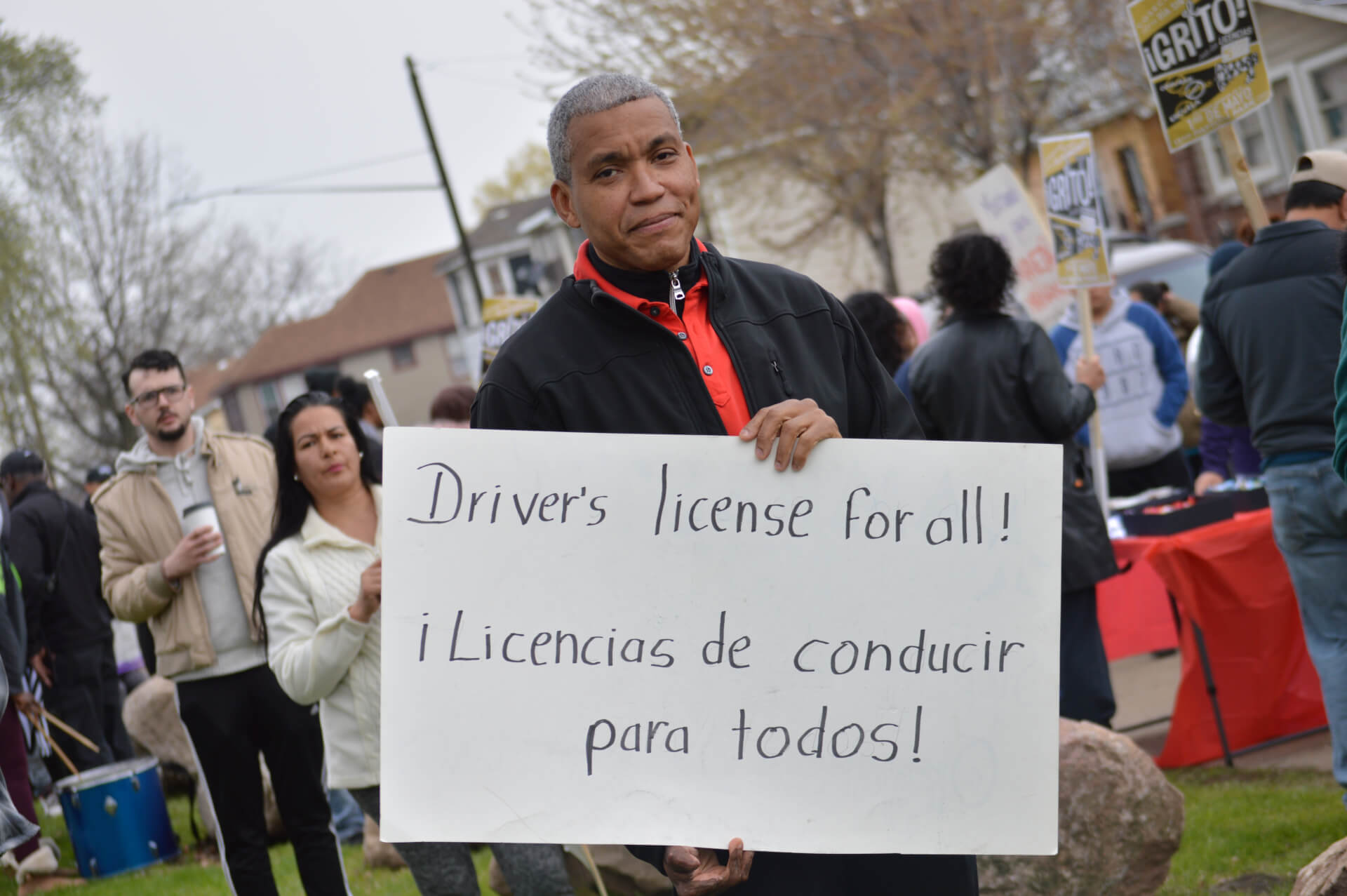 Jean-Luc Duval, who was born in Haiti and lives in Detroit, made it a priority to attend the march and rally. | Ken Coleman

Michigan, which allowed undocumented immigrants to obtain licenses until 2008, has considered similar legislation in previous years. No bill has been introduced yet in the current legislative session, according to organizers.

“Despite last November’s ‘blue wave’ and a new Democratic governor in Michigan, we are four months into the current legislative session and a new ‘Licenses for All’ bill still has not yet been introduced,” said Nelly Fuentes of Movimiento Cosecha Kalamazoo.

“The state of Michigan depends on immigrants who drive to work in the fields, in restaurants, in factories,” Fuentes continued. “On May 1, by not going to work, not opening our businesses, not going to school, and not shopping, we will show our power in the streets and demand licenses for all!”

Ofelia Martinez is a Detroit march and rally organizer.

“Our community is in need,” she said. “Many need to work and go to school, take care of their families and it’s difficult to do that without your [driver] license.”

In a show of solidarity, residents were asked not to go to work, open their businesses, attend school or shop. The two-mile march and rally attracted a variety of human rights organizations and activists, including the Michigan Organizing to Rebuild the Economy (also known is D-15), which is fighting for restaurant workers and others to secure an hourly wage of at least $15.

The Rev. Marc Gawronski, pastor of St. Gabriel Church, participated in the march and encouraged marchers to continue the fight.

“How many people here believe that it’s God’s will that our families are no longer separated?” he asked, prompting a roar of cheers. “By marching, we are expressing our faith.”

Jean-Luc Duval, who was born in Haiti and lives in Detroit, made it a priority to attend the march and rally.

“I’m an immigrant, myself,” he said, “and I believe that everyone in this country should have a right to a driver’s license.”

In wake of Lyoya’s death, a reckoning with Grand Rapids’… by Anna Gustafson May 7, 2022
'What was left behind was a broken family’ by Anna Gustafson September 21, 2021
Here's the full text of Biden’s State of the Union address by Michigan Advance March 2, 2022