Hundreds of activists chanted, danced and sang, “Hey-hey, ho-ho, abortion ban has got to go!” during a spirited rally held Tuesday evening on the University of Michigan’s Diag in Ann Arbor.

The call to action was in response to an intense abortion debate that has re-emerged throughout the country as several state legislatures — including Michigan — have either passed or are considering reproductive restrictions.

“This has lit a fire across the United States,” Cecile Richards, former Planned Parenthood president, told a roaring crowd of about 500. “There are 300 rallies being held today, including 20 right here in Michigan. And this is a fire that is going to burn a pathway all the way to the White House next year.”

One of those protests was held earlier on Tuesday outside the U.S. Supreme Court, which is expected to weigh in on any number of new anti-abortion laws. Governors in several states, including Alabama, Georgia and Ohio, have signed recent abortion restrictions.

Gov. Gretchen Whitmer gave an impassioned interview to MSNBC Monday in which she said that anti-abortion measures are a way to “control women by controlling our bodies.” Earlier on Tuesday, Lt. Gov. Garlin Gilchrist stopped by an impromptu gathering of abortion rights supporters on the Capitol lawn in Lansing.

Multiple states are passing anti-choice legislation across the country. But the difference between them and Michigan is that we have @GovWhitmer. #StopTheBans pic.twitter.com/FTRcUHk8AI

Lori Carpentier, president and CEO of Planned Parenthood Advocates of Michigan, urged participants to push back against efforts institute abortion bans and restrictions.

“We are not going back to 1971 [pre-Roe v. Wade],” Carpentier said. “We are not going to be dragged by the hair, kicking and screaming by elected officials to a time when we did not have the ability to decide for ourselves. We are not going to stand on some street corner and wait for some green sedan to take us to some unknown place to have an abortion that we are ashamed of. That’s not happening.” 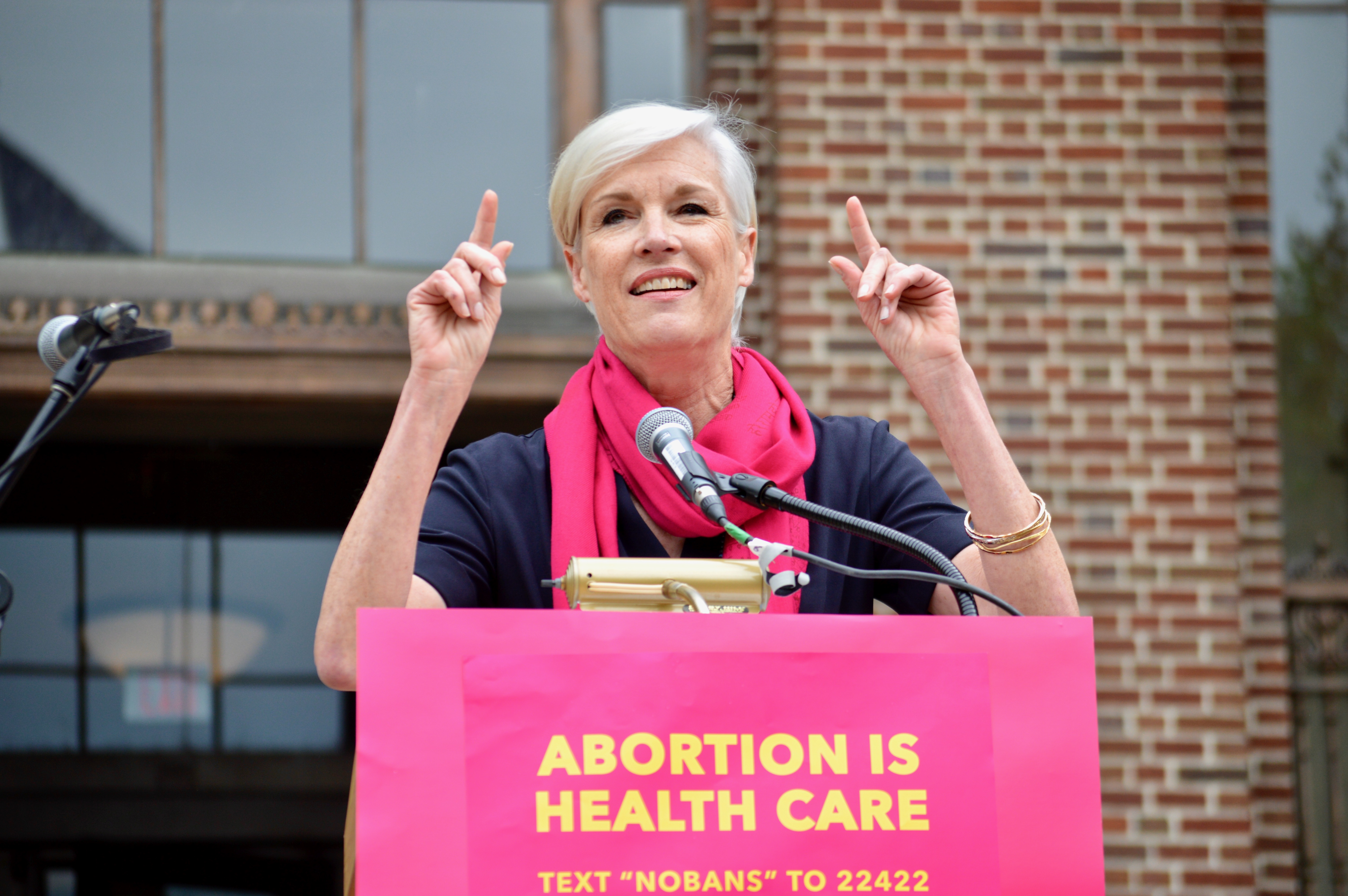 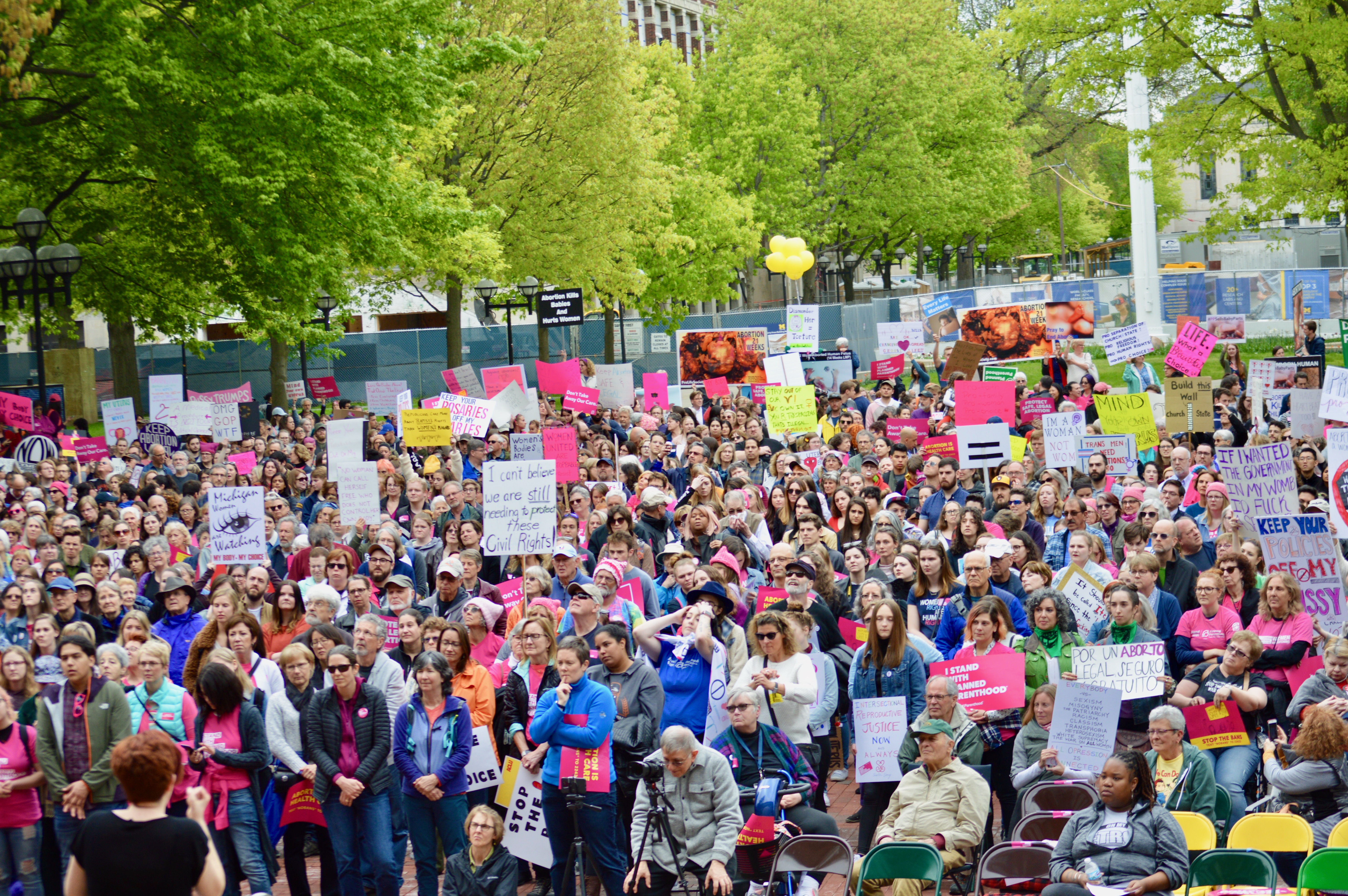 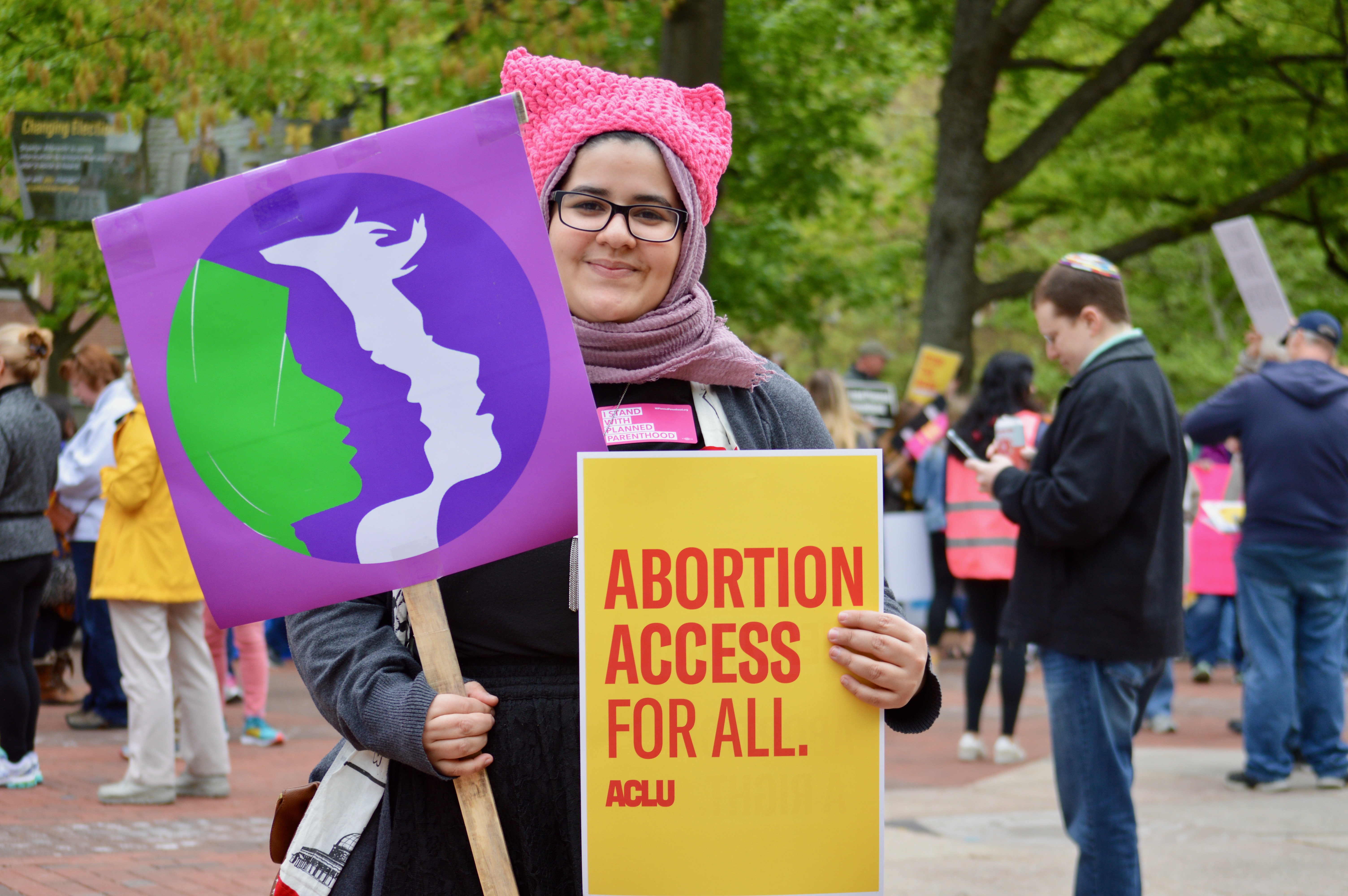 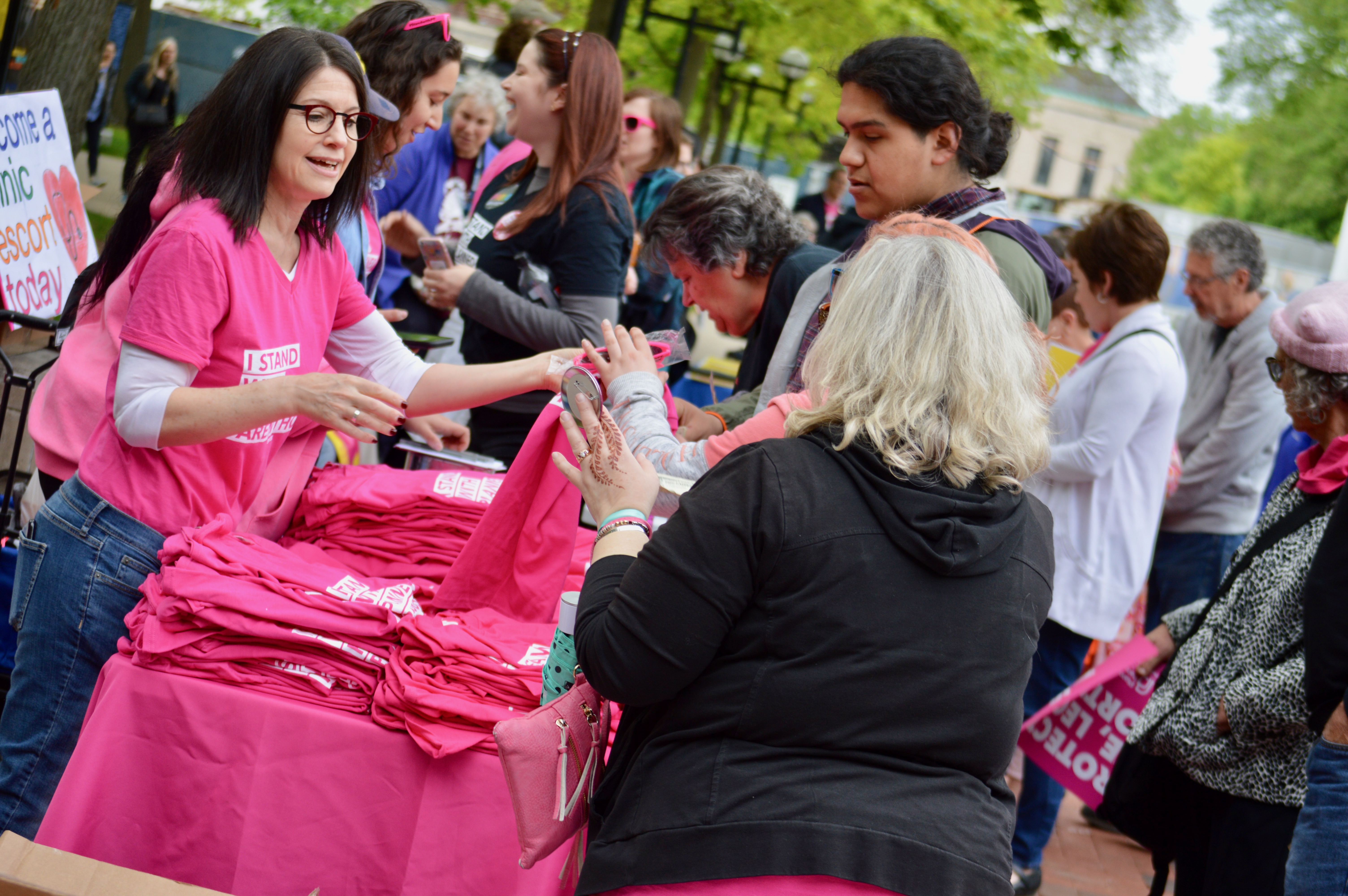 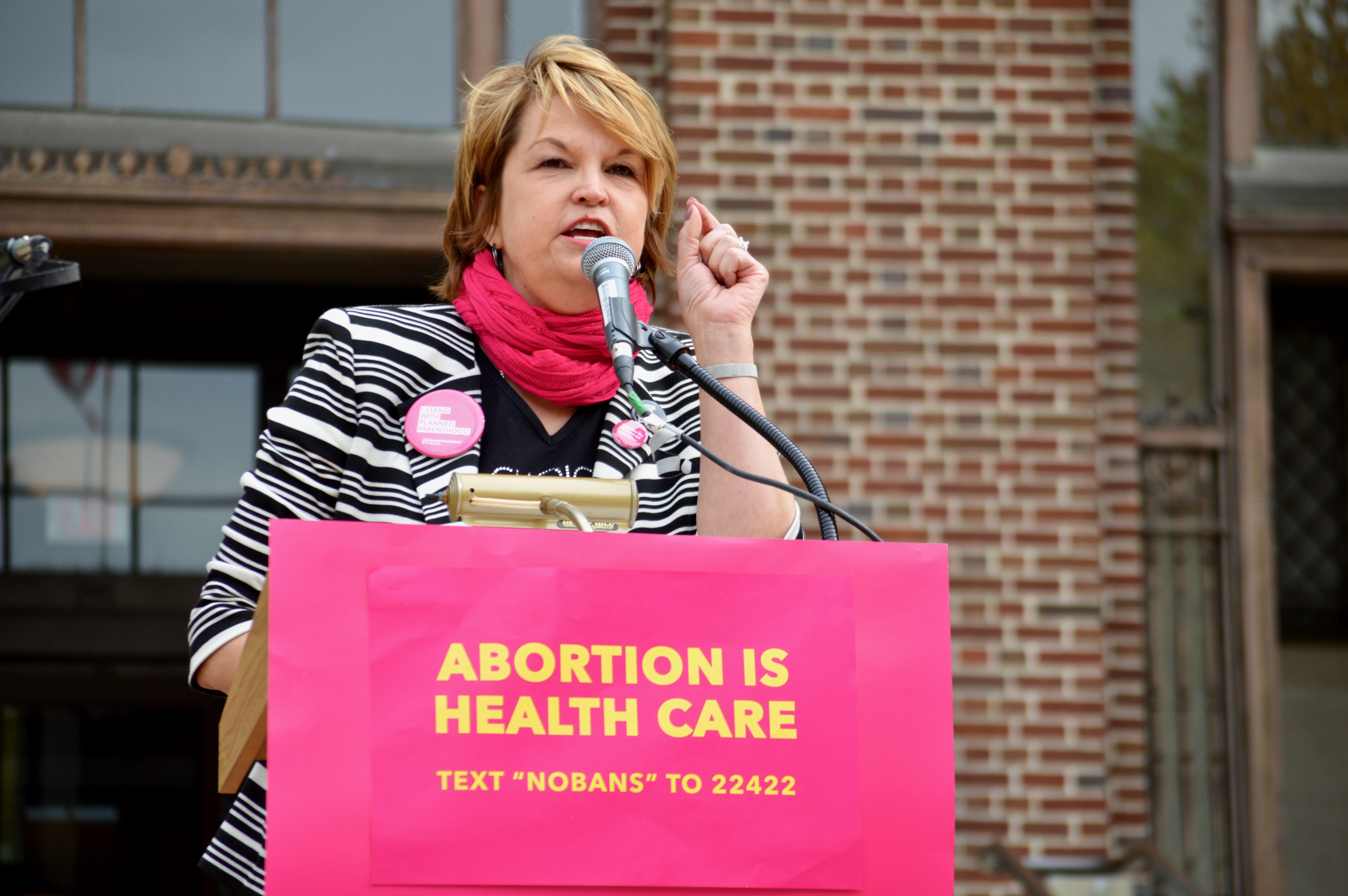 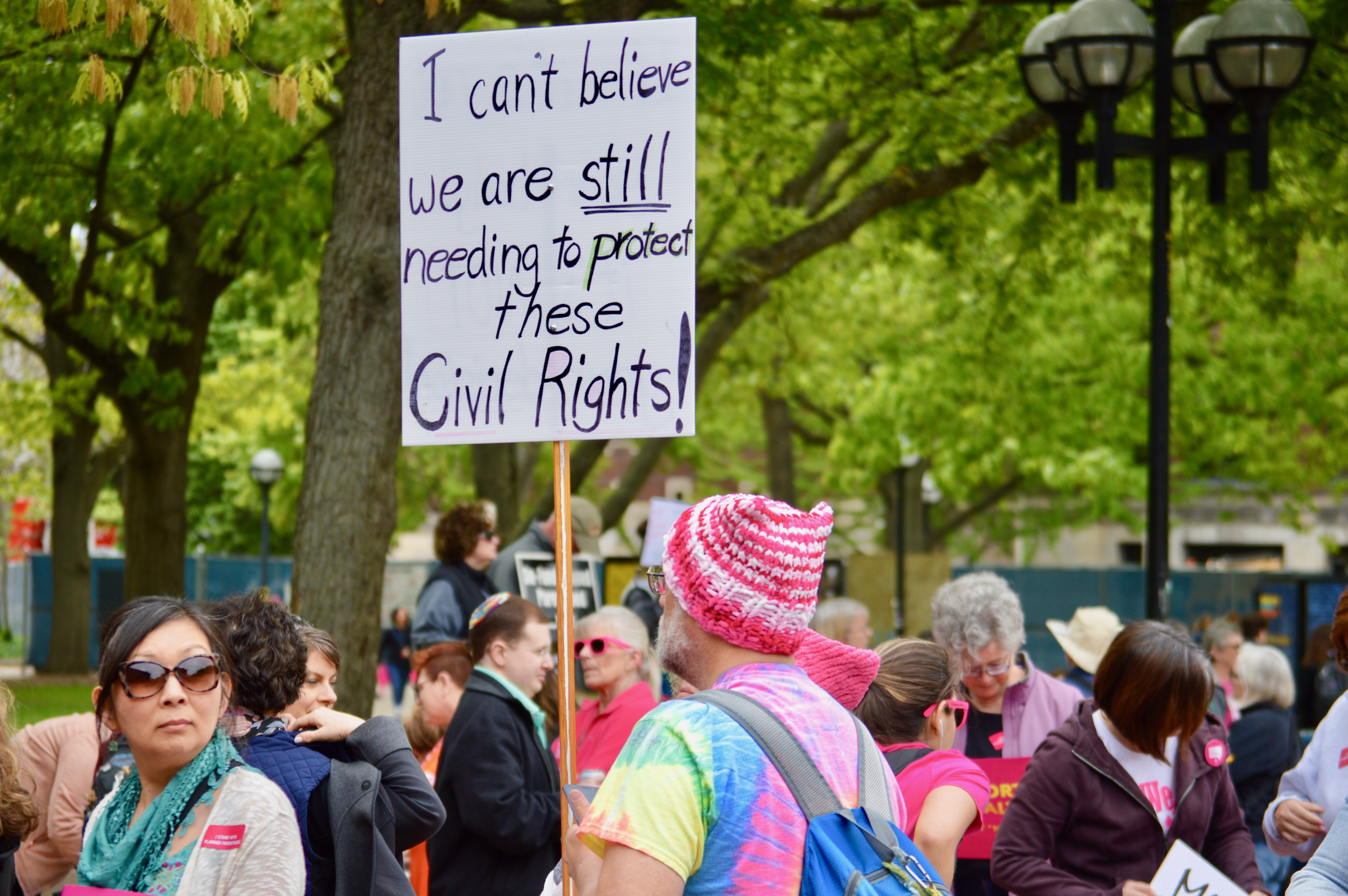 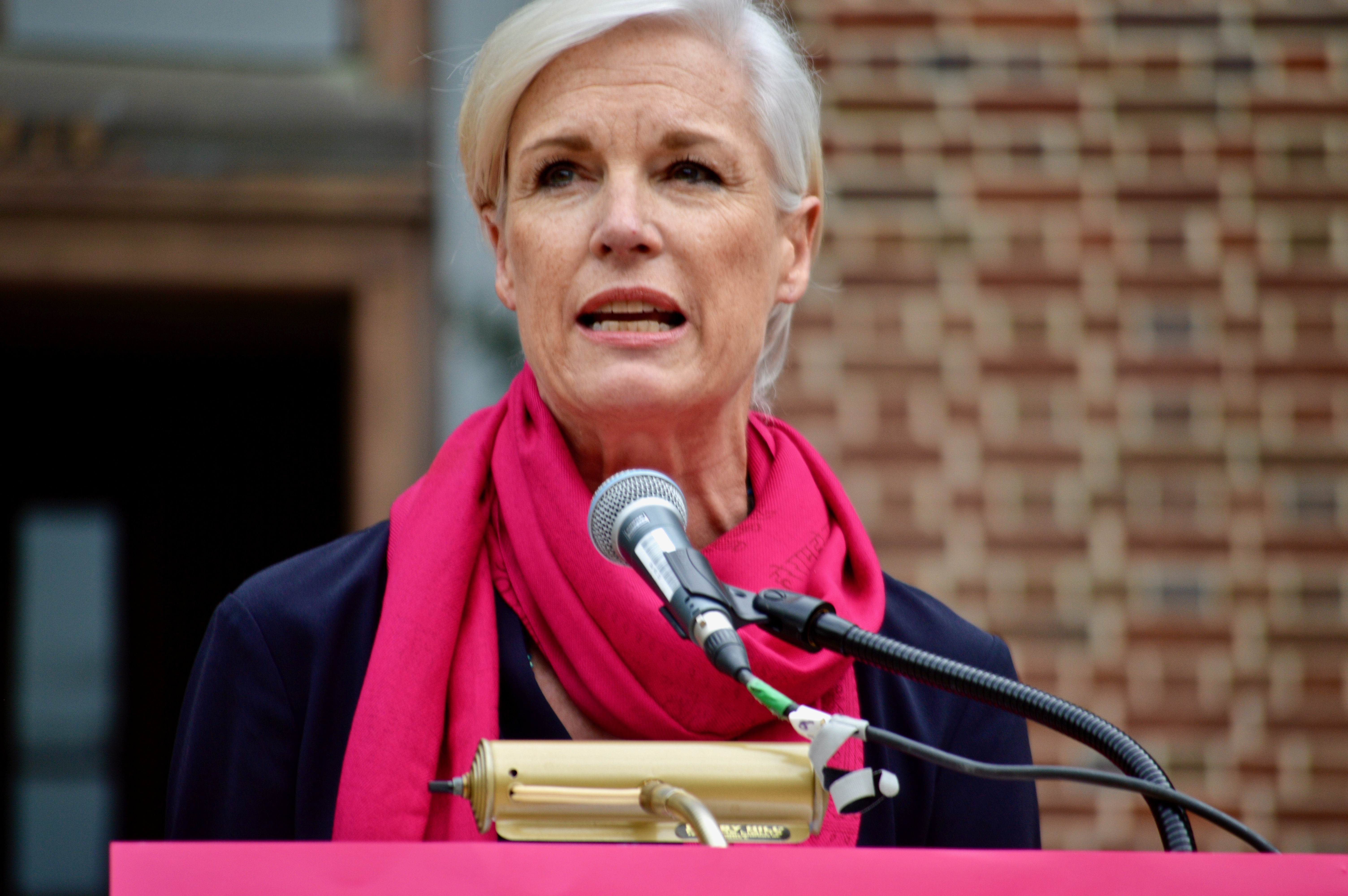 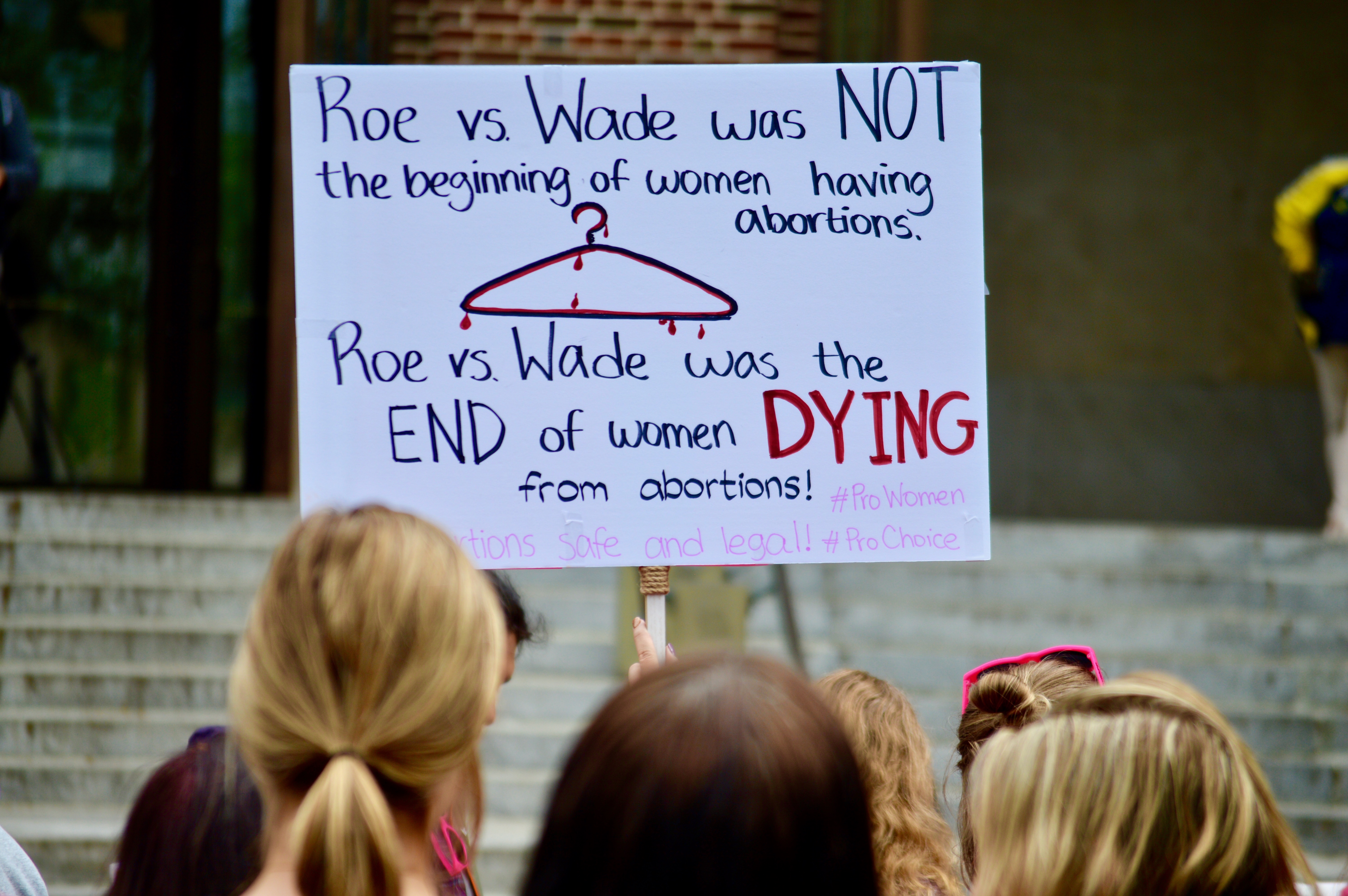 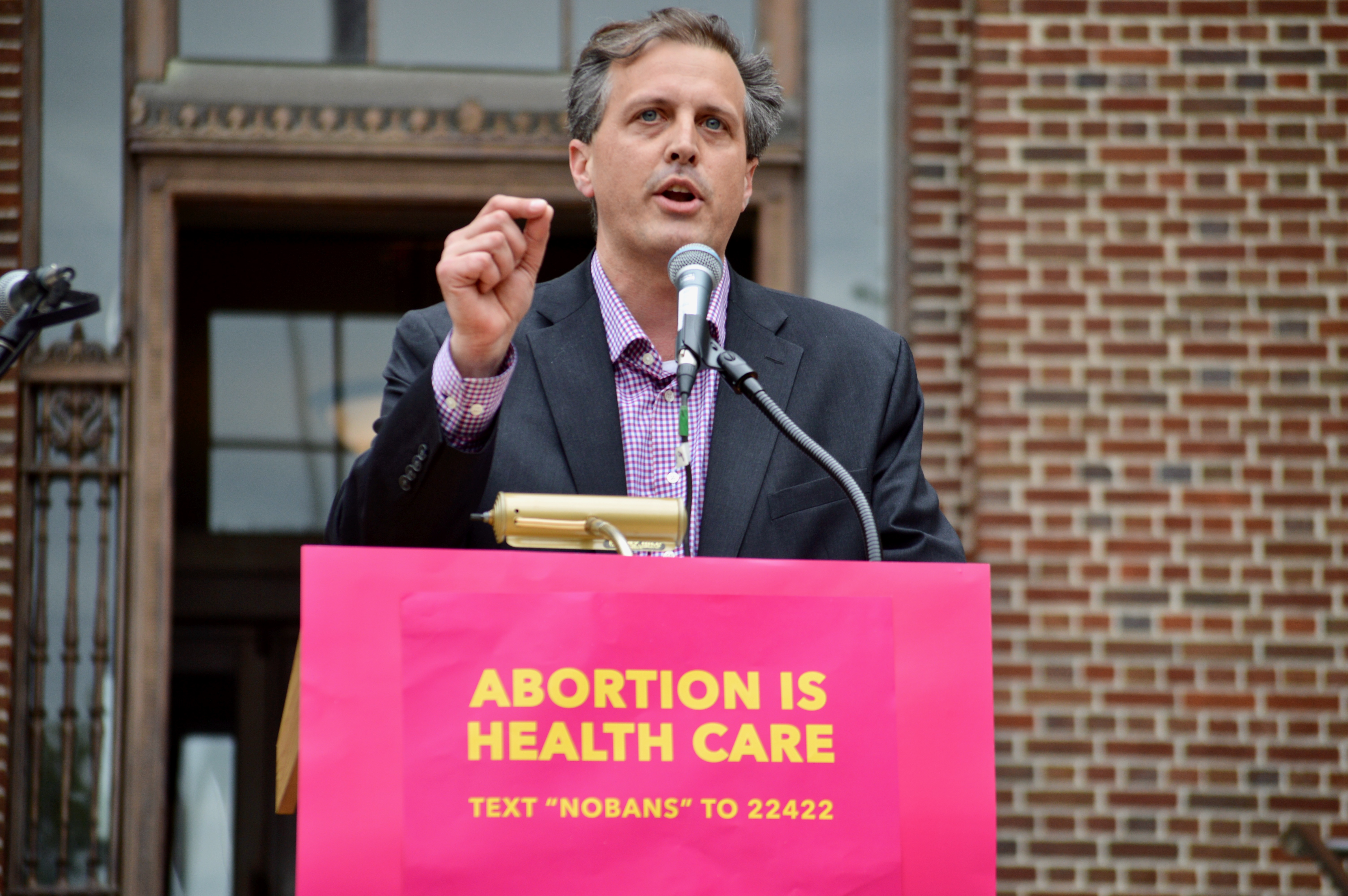 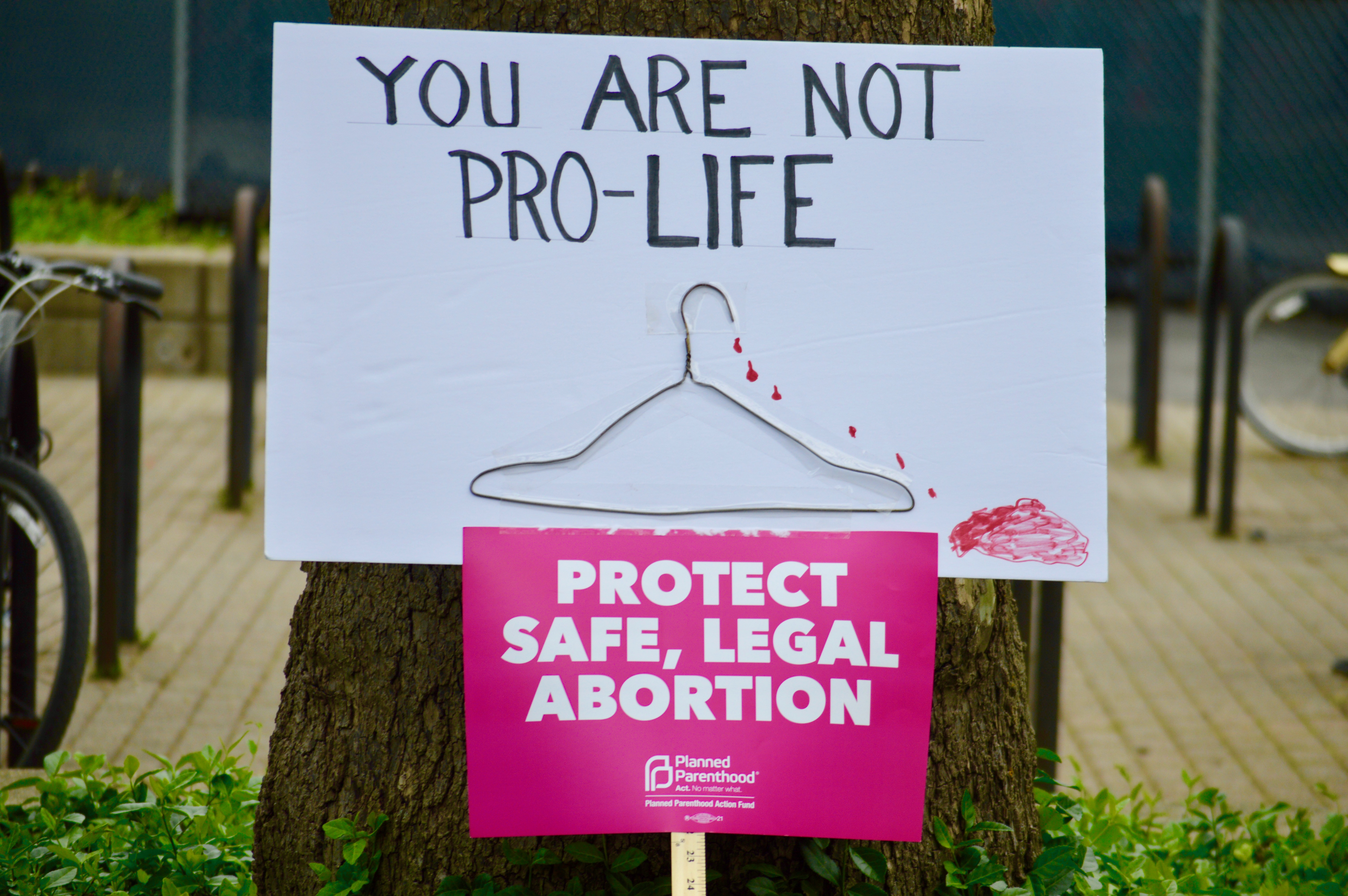 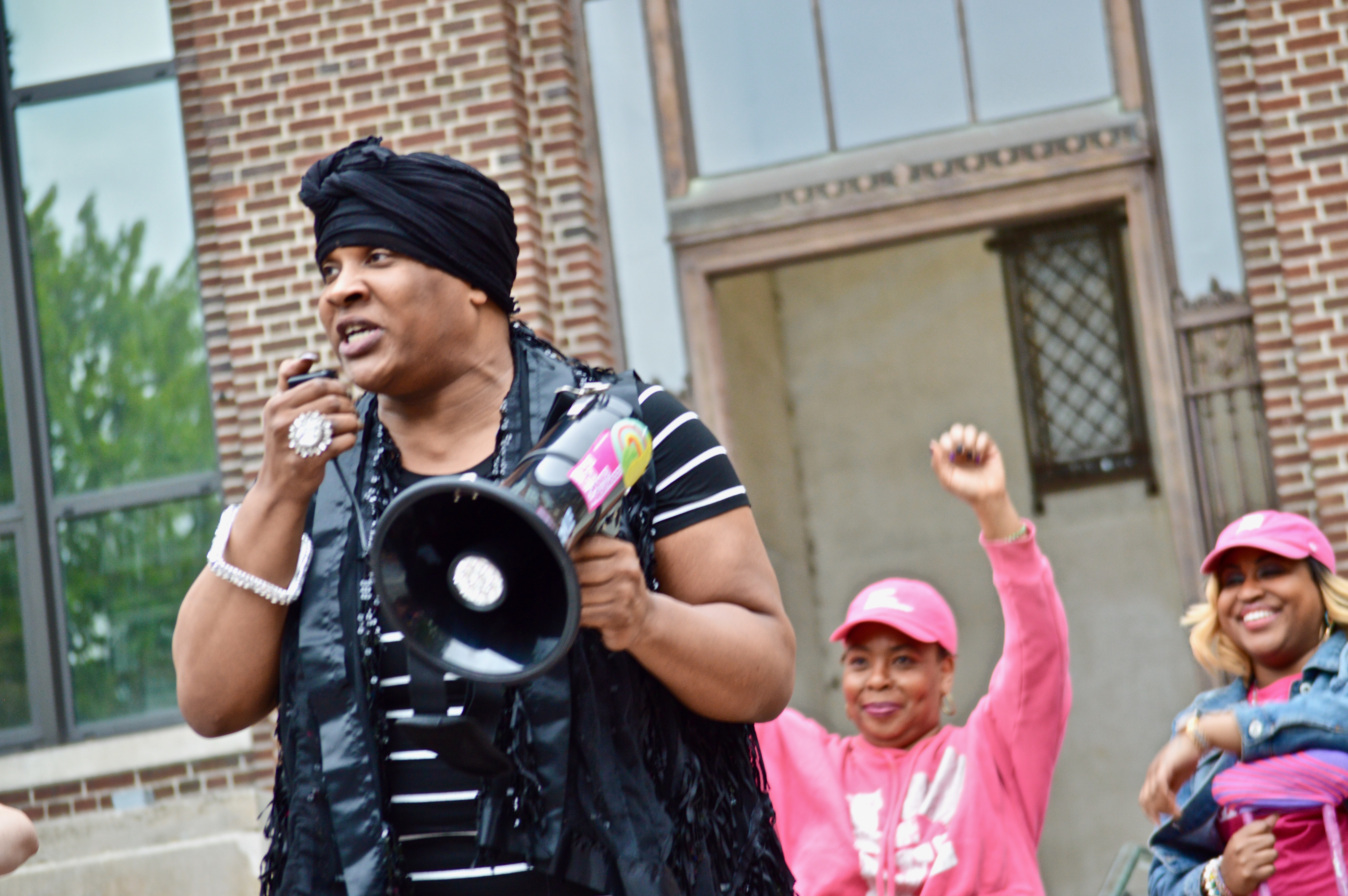 The GOP-controlled Michigan House and Senate both last week passed bills banning the standard dilation and evacuation abortion procedure. Whitmer has declared she’ll veto those measures — and any other reproductive rights restrictions — but Right to Life of Michigan has now launched a ballot drive. There’s also a new, separate ballot initiative that would outlaw abortions have six weeks.

“I think the lawmakers in the state of Michigan know that they can’t get anything past Gov. Whitmer,” Carpentier said. “Gov. Whitmer and the other folks at the top of the ticket last year, including [U.S.] Sen. [Debbie] Stabenow and the Attorney General [Dana Nessel] and the Secretary of State [Jocelyn Benson,] are all women who made a career out of supporting comprehensive reproduction rights.”

“These conservatives bring the power of the state into your medical decisions,” Irwin said. “Next year, Michigan is going to be a battleground state and every one of us has the chance to stand up to protect our rights.”

Lasinski, who serves as Michigan House Democratic Caucus Campaign chair, added that pro-choice supporters must organize to win Democratic majorities in the state House and Senate.

“We have to win three seats to tie and four to win,” she said about the Legislature’s lower chamber, which is currently split 58-52 in the GOP’s favor. “That’s it. It is quite possible with a small core of volunteers in every House race to touch every undecided voter. Every single one of them.”

Fadwa Ashur, an Ann Arbor resident who attends Eastern Michigan University, participated in the rally and was highly critical of legislatures and governors who are denying women the right to control their bodies.

“It’s supposed to be a separation of church and state and here they are legislating what can and can not happen,” Ashur said. “That’s not what the Constitution says.”