Julie Cassidy: Too many Detroiters still struggle, despite city’s progress

“The Fist” a Monument to professional boxer Joe Louis, located in Downtown Detroit’s Hart Plaza. Designed by Robert Graham, and dedicated in 1986. | iStockphoto 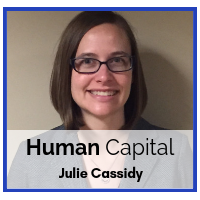 For people of color, however, the housing crisis isn’t just a recent problem. The newest issue of the Michigan League for Public Policy’s Home, Health, Hope series examines Detroit as an example of how explicitly racist policies in the past have excluded certain families from homeownership and high-opportunity neighborhoods, fueling a perpetual shortage of safe, affordable housing and an enduring racial wealth divide.

As the League noted in our first issue of the series, housing challenges force families to make budget tradeoffs that threaten their health and drive a cycle of generational poverty.

In that light, it’s easy to understand how racial discrimination in housing is at the root of many other persistent problems in Detroit, the nation’s largest city with an African American majority. From discriminatory deed restrictions and redlining to the subprime mortgage industry and illegal tax foreclosures, African Americans in Detroit have faced constant barriers to homeownership and systemic theft of their wealth.

Thus, as we celebrate Detroit’s revitalization after so many years of decline and the brutal impact of the Great Recession, we must acknowledge that the rising tide is not lifting all boats in a meaningful way.

Almost three out of four Detroit households still struggle to afford their basic needs. The city’s median income has grown little in recent years and is actually worse compared to the statewide median income since the recession ended.

According to the League’s 2019 Kids Count in Michigan Data Book released last month, 78 percent of Detroit children live in high-poverty neighborhoods compared to only 15 percent of all Michigan children.

Homeownership in Detroit has declined, especially among African Americans. Renters now make up a majority of the city’s households as many homeowners lost their houses due to economic hardship, predatory lending practices, unconstitutionally inflated property tax bills and water bill arrearages.

Within the city, revitalization has had a disparate impact: the share of income spent on housing actually fell from 27 percent in 2009 to 18 percent in 2017 for homeowners but hovered around 48 percent for the growing renter population during that time period.

Eviction can tarnish a family’s rental history indefinitely and trigger a downward spiral of frequent moves and homelessness. Such unstable housing situations lead to Detroit children changing schools much more frequently than their suburban counterparts, which has a negative impact on their academic achievement and earning potential in adulthood.

The prosperity generated from investment in Detroit isn’t trickling down to most of the city’s families, many of whom have lived there for generations.

The city’s renewal must not come at the further expense of historically marginalized people. New investments should produce jobs, homes and neighborhood improvements that benefit all Detroiters—especially those whose families have borne the brunt of community neglect despite paying city taxes for years.

Detroit’s ordinances on inclusionary zoning and community benefits agreements for large, subsidized development projects could be strengthened to ensure that the families with the very lowest incomes aren’t priced out of safe homes and that taxpayers in struggling neighborhoods get a direct, meaningful return on their investment.

To protect families from the bad actors who take advantage of stressed households in Detroit and other communities, state law should allow renters to clear evictions from their rental history after a certain period of time and regulate land contracts to meet basic standards of transparency and accountability.

We can’t say Detroit has made a comeback when so many of its residents are still living in such precarious situations.

Detroiters have proven time and time again that they’re tough. They’re resourceful. They’re organized. Most importantly, they care for each other independently of the potential for profit.

These strengths are assets just as valuable as the big money flowing into corporate business ventures, and the city can’t reach its full potential without investing more in its people, especially residents of color.

Julie Cassidy: Too many Detroiters still struggle, despite city’s progress

In wake of Lyoya’s death, a reckoning with Grand Rapids’… by Anna Gustafson May 7, 2022
Here's the full text of Biden’s State of the Union address by Michigan Advance March 2, 2022
‘A celebratory movement’: Detroiters advocate for… by Anna Gustafson October 30, 2021