Michigan’s educators descended on the Capitol Tuesday in Lansing to advocate for increased funding to the state’s public schools, with Gov. Gretchen Whitmer and Lt. Gov. Garlin Gilchrist addressing the crowd.

“There’s no one more important in my life as a mom as the people [my children] spend all day, every day with,” Whitmer said to a crowd of 2,500 on the Capitol lawn. “The teachers, and the [paraprofessionals], and the bus drivers; the secretarial staff; the people who do the hard work. … I am a proud parent of kids in the public schools, and that’s why I take my job seriously.”

The event was part of the National Education Association (NEA)’s “Red for Ed” campaign advocating for increased public school funding, which grew out of the 2018 teachers’ strikes in states like West Virginia, Oklahoma and Arizona. 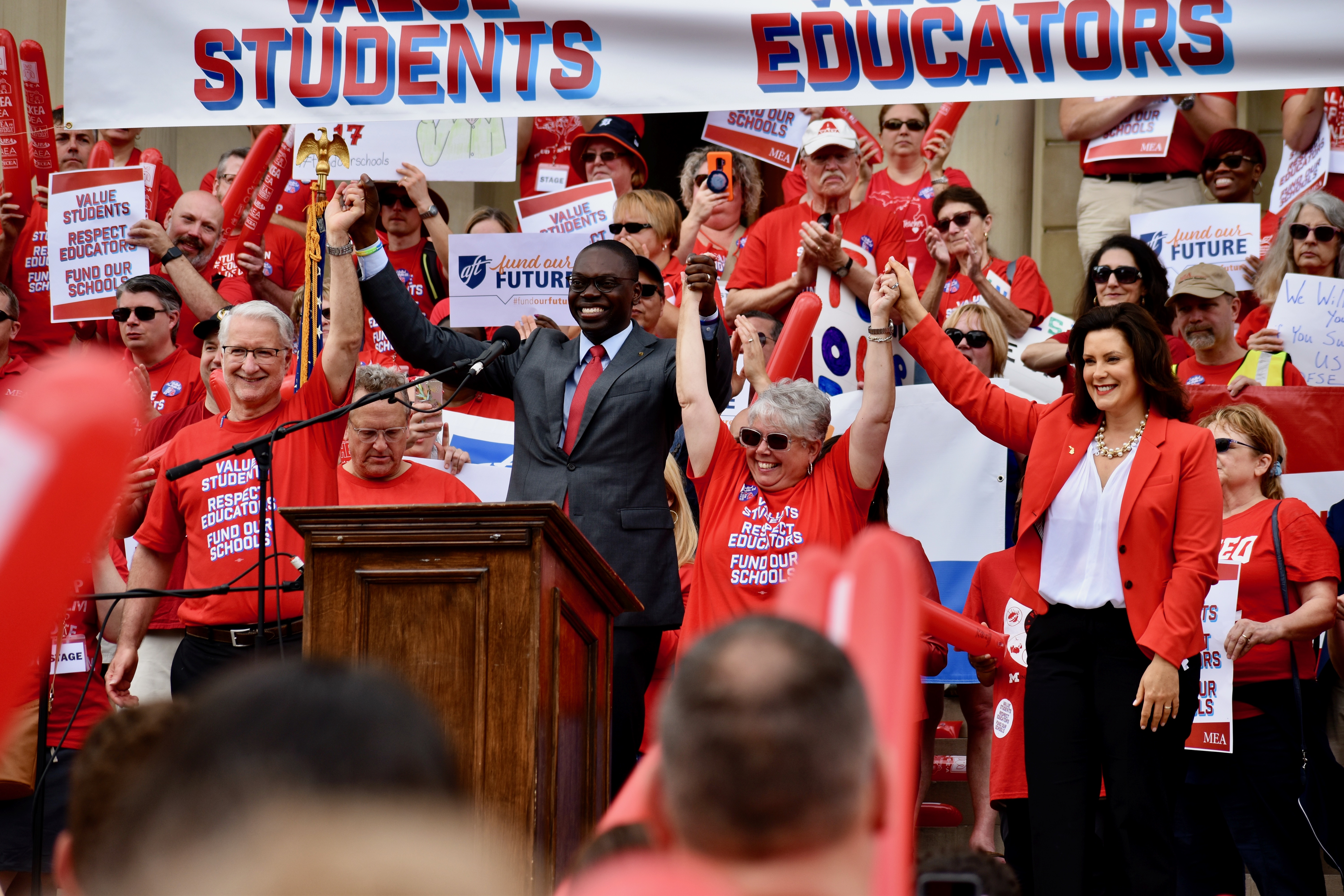 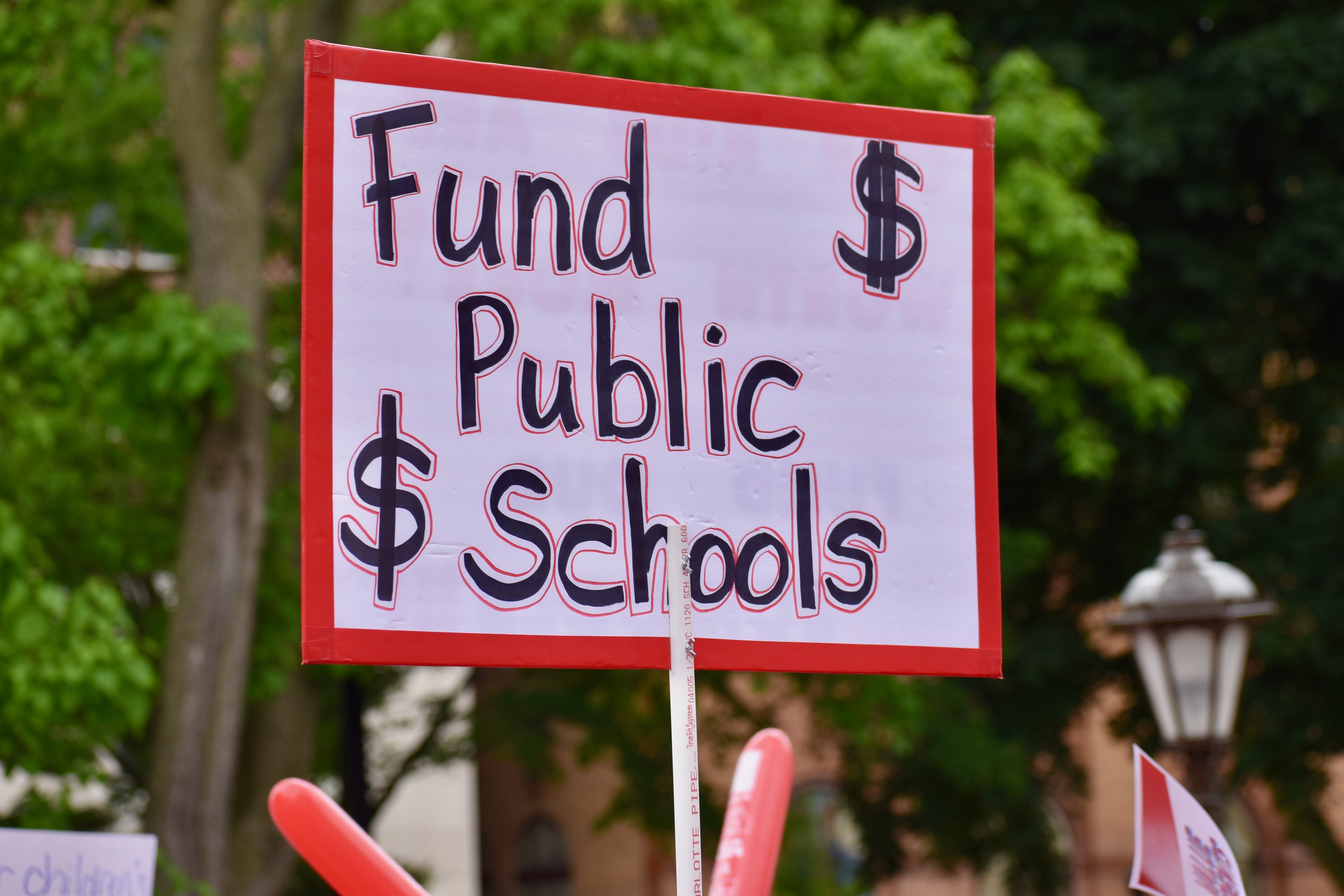 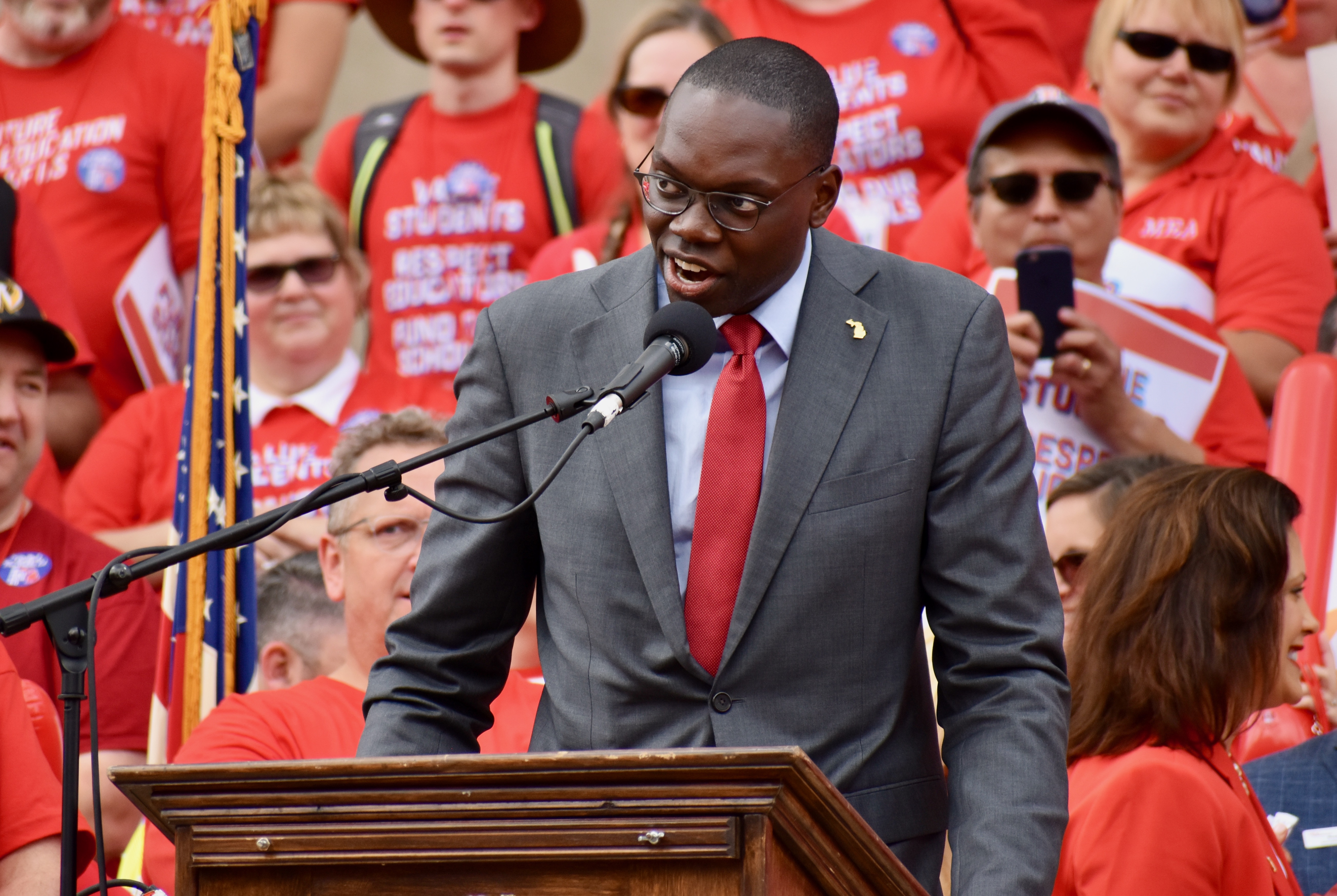 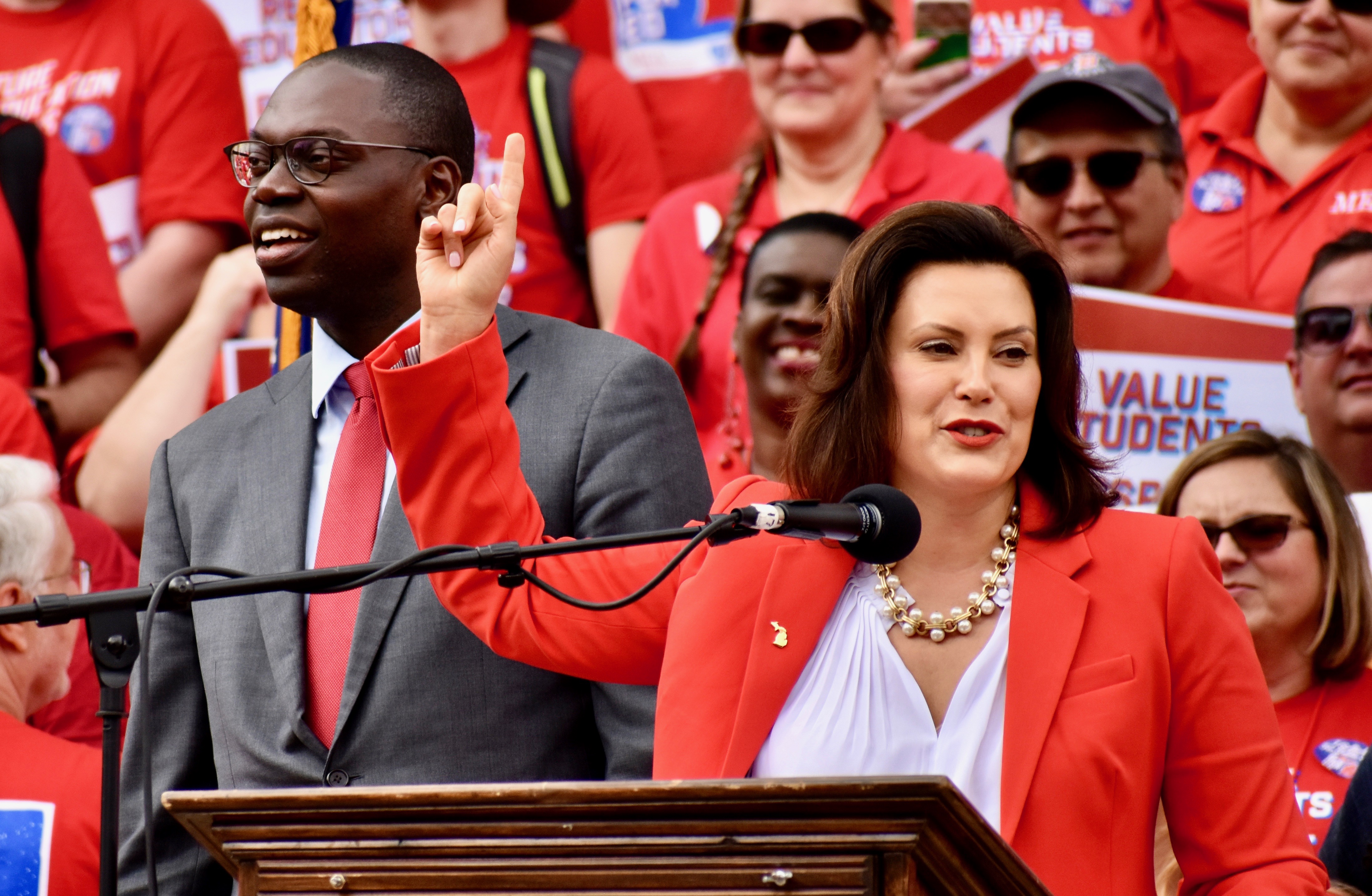 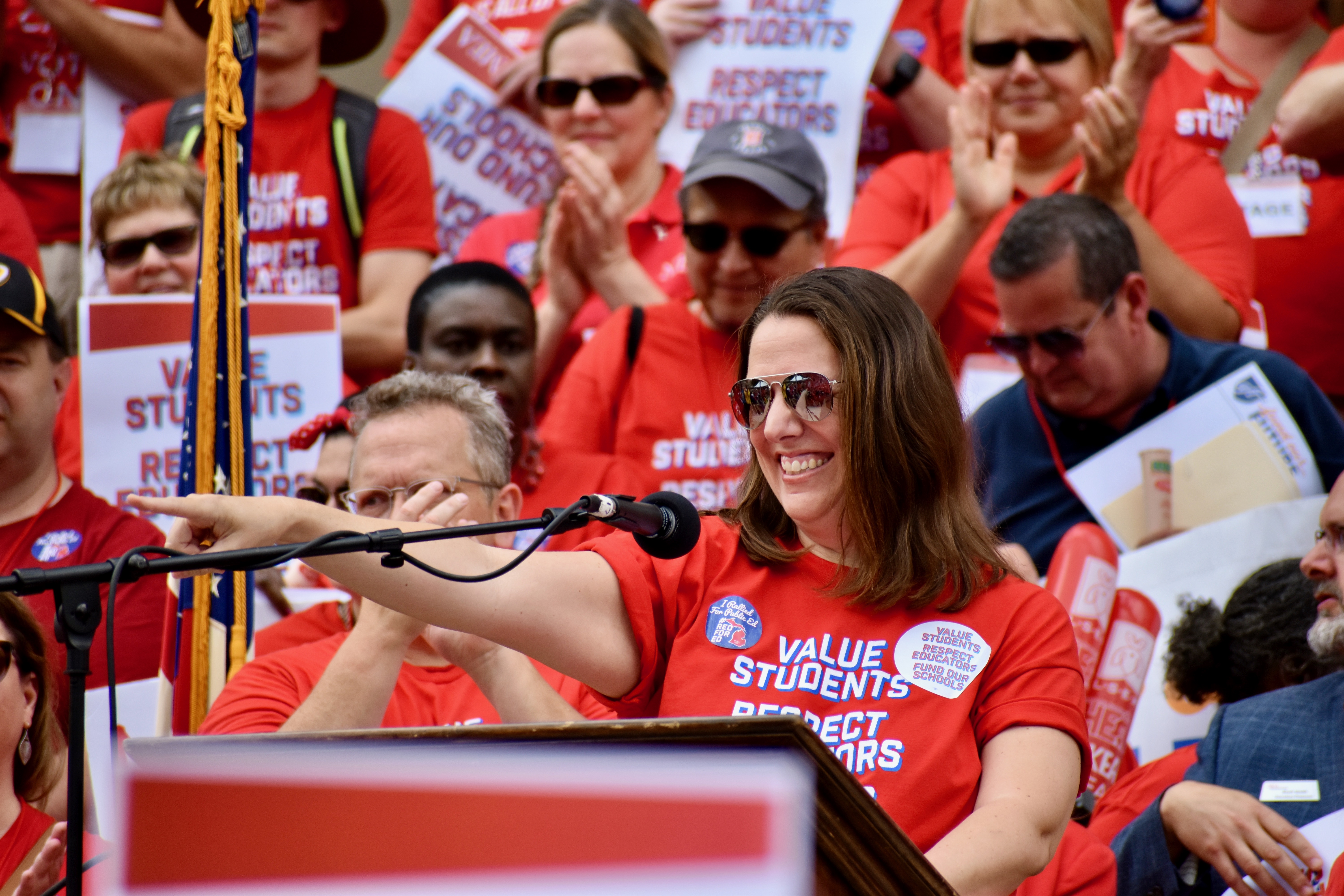 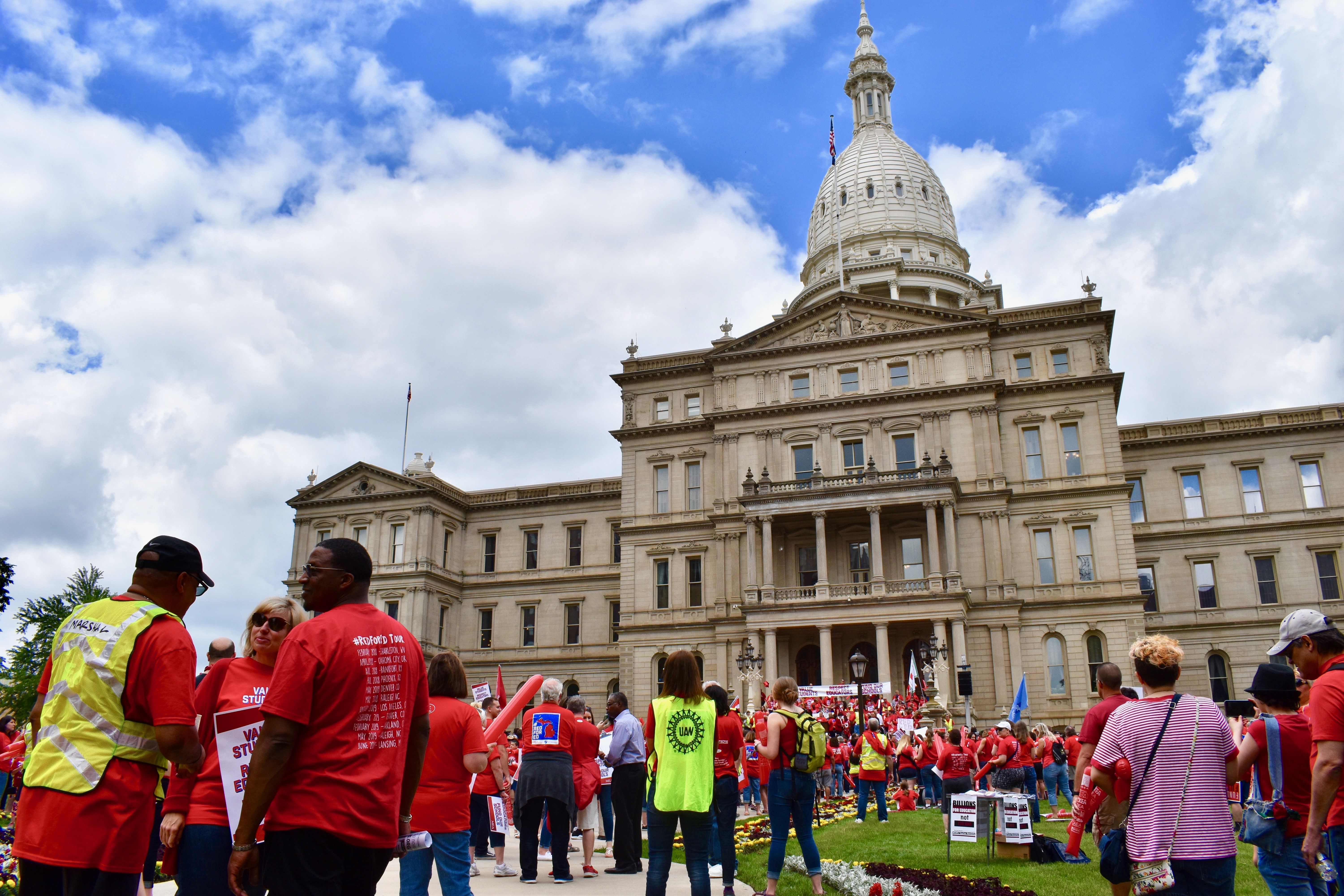 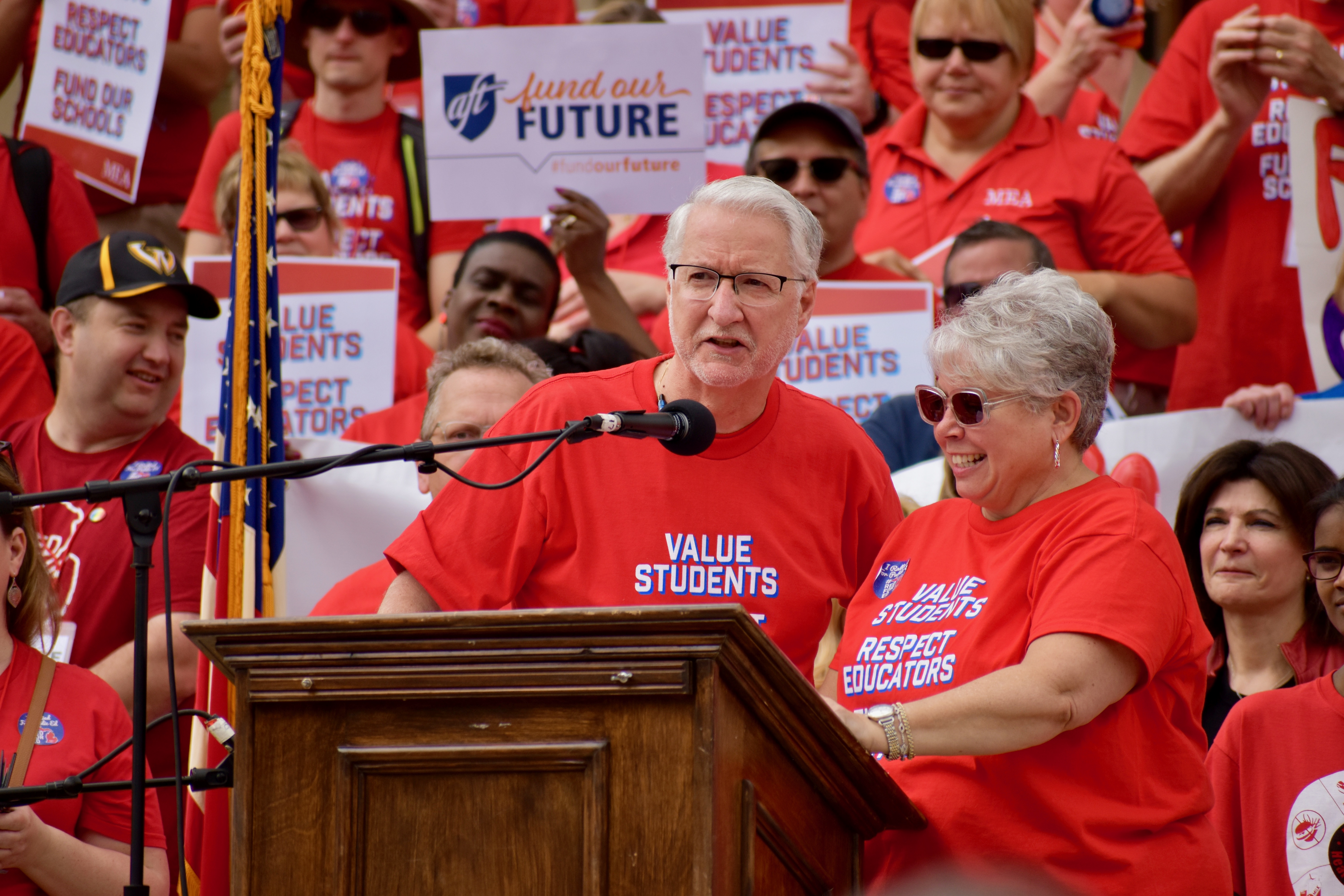 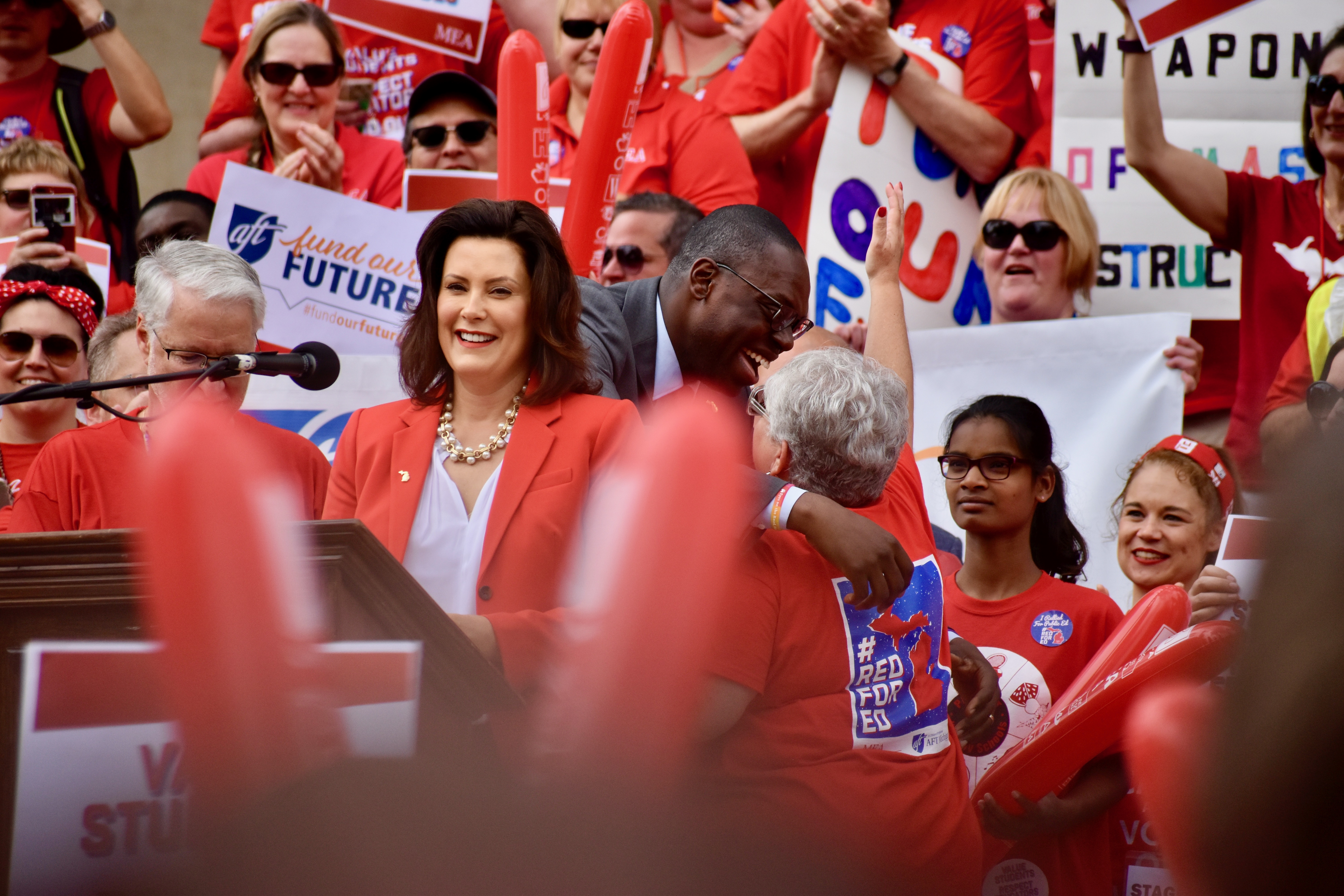 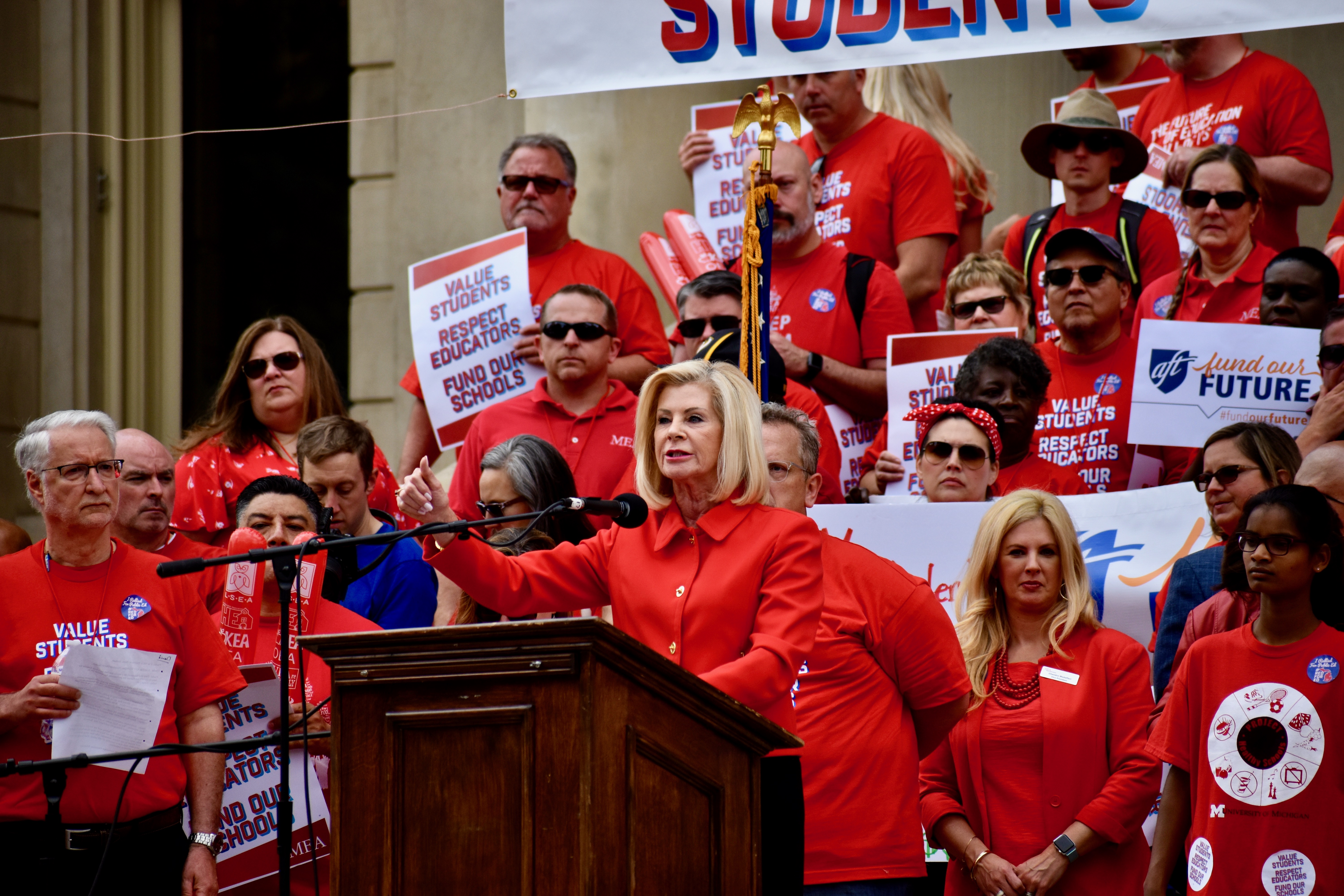 Paula Herbart, the president of the Michigan Education Association (MEA), and David Hecker, president of American Federation of Teachers (AFT) Michigan, stood literally hand in hand with Whitmer and Gilchrist on the Capitol steps in a show of support for the governor’s proposed education budget.

It was a sharp contrast to the raucous education rallies of the previous eight years during GOP former Gov. Rick Snyder’s administration, when advocates blasted budget cuts and anti-union legislation.

Whitmer told the crowd that “our challenges are because of a failure in this building behind me [the Capitol], not because of our children.” She called upon the Republican-controlled Legislature to pass it in order to “reduce class size, to give our kids the wraparound support they need, and … to make sure that our educators can make a living doing the hardest job there is.”

Whitmer’s proposed budget would give a boost of more than $500 million to the state’s public schools, whose funding growth a Michigan State University study found last in the nation.

Donna Jackson, the AFT’s president of Detroit paraprofessionals, said the versions of the budget as recently passed by the state House and Senate were not adequate to begin making up for that gap in funding.

“Too many years have passed where we have continued to pull from school funding to provide funding elsewhere,” Jackson said. “We have to have that funding right where [Whitmer] has it in her budget.”

The education budget as passed by the state House appropriates roughly an additional $200 million on top of current spending levels, less than half of the amount proposed by Whitmer.

Addressing the state’s massive racial and geographic inequalities with regard to education has been a goal of public school boosters for years. Jackson said the governor’s proposed budget is a decent start.

“We have to start somewhere, right?” she said.

In his remarks, Gilchrist also railed against the Legislature for its perceived shortcomings in its education budget, saying the “people in this building decided that something else is more important to spend money on than our future.”

“We’re talking about the fact that we need to value students, respect educators, and fund our schools,” Gilchrist said, echoing the “Red for Ed” movement’s slogan. “That’s not a theoretical concept. We need to figure that out. … You don’t have time to wait; I don’t have time to waste. Michigan does not have a future that we can risk by not ensuring that we have the strongest, best-funded and most capable education system in the United States of America.”

The Michigan Department of Education (MDE) launched its “Top 10 in 10” initiative in 2016 under the Snyder administration, aimed at making the state one of the 10 highest-performing states in K-12 education within a decade of its launch.

A report earlier this year from the nonprofit group Education Trust-Midwest showed that the state’s not close to that goal yet, and without additional investment is likely to even slide backward in the rankings.

Diana Moses, a 16-year veteran of Eastpointe Community Schools near Detroit, said that years of her district falling behind led her to the political activism that brought her to Lansing Tuesday..

“Our district has been struggling so much financially, to not only fund the teachers, but also, we just don’t have money for supplies. … Once our district started to go under, I realized that it’s going to take me being involved at a much higher level to tackle what’s happening locally,” Moses said.

Moses said that the amount of state funding her district receives for each of its students is her biggest priority, budget-wise.

“Money per pupil has got to be our biggest push right now,” Moses said. “We just can’t survive with the amount we’ve been getting. … We’ve had to cut back so much in every single area across the board.”

State Rep. Stone, a teacher for more than a decade, referred to the same metric in her remarks, saying that she “decided to run for office because [she] knew who made the decisions on curriculum, and assessment and most importantly, per pupil funding.”

“I can speak to the challenges budget cuts have created in classrooms,” Stone said. “I’ve spent thousands of dollars out of pocket in order to make my students had supplies, materials and experiences when our classroom budgets weren’t nearly enough.”

Another “Red for Ed” rally is slated at the Capitol on June 25 to accommodate Detroit Public Schools, the state’s largest school district whose academic calendar for teachers doesn’t end until later this month.