Tanya Atkins and Paul Grondin welcomed the Sanders surrogates into their Flint homes, where Atkins said that national media attention is steadily dwindling even as the city’s public health crisis maintains its urgency.

“When everything was out there, there was a rush to help. A lot of celebrities came out to help and the city tried to fix the problems,” Atkins said. “There was an urgency, at first, to help. But now, nothing is really being done.”

Even if that media attention were to sustain itself, however, Atkins is concerned about whether the crisis will ultimately be resolved. She noted that while the city is replacing pipes from the street to each residency’s property line, residents are responsible for replacing lead pipes in their house.

“I know Mayor Karen Weaver… she’s trying to do what she can do about the water. But at the same time, you still need clean water in the homes,” Atkins said. “I would just like to wake up and get in the shower and not have to worry about lead and cook for my kids and not have to worry.” 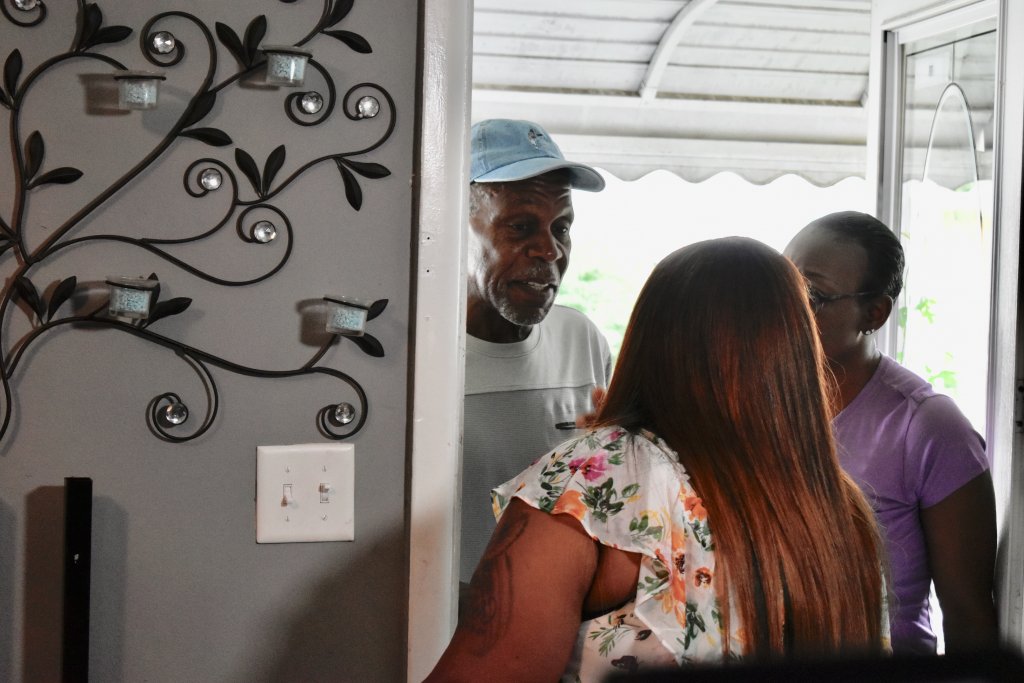 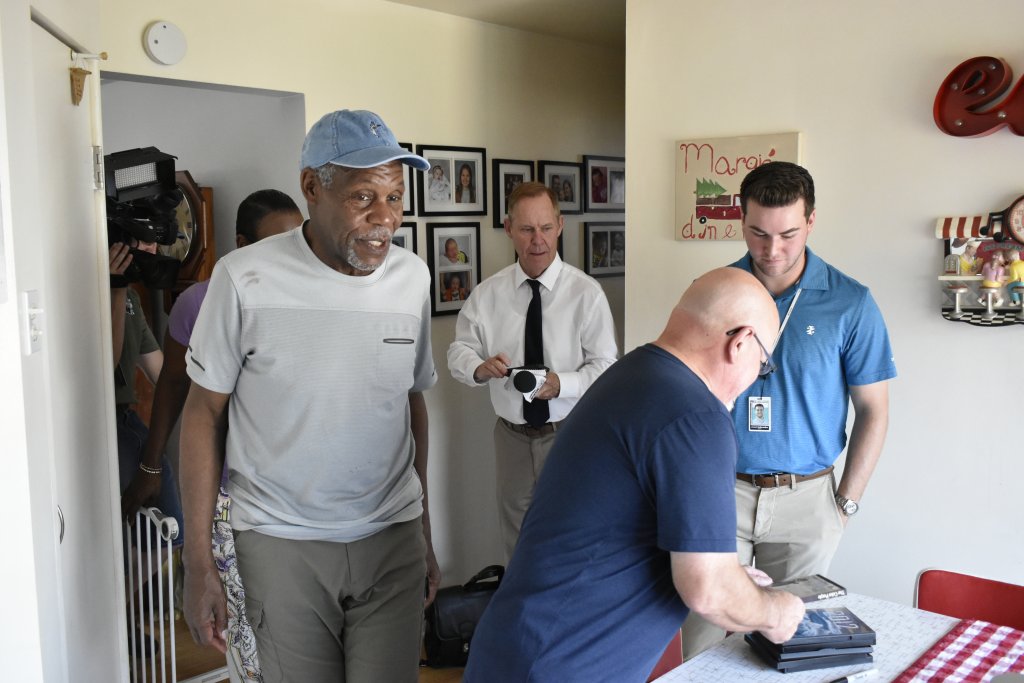 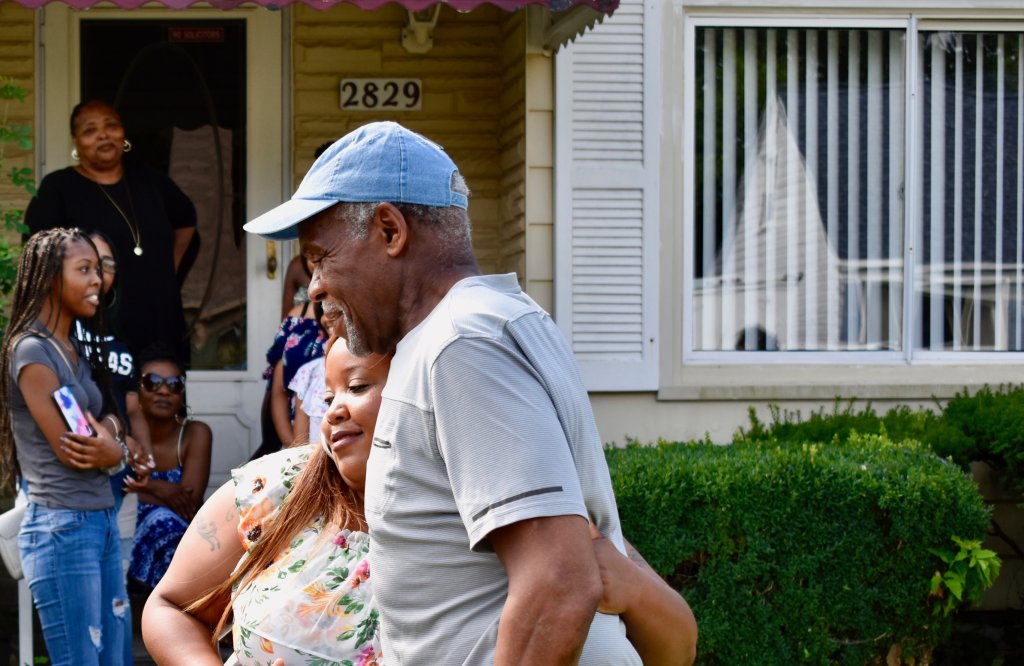 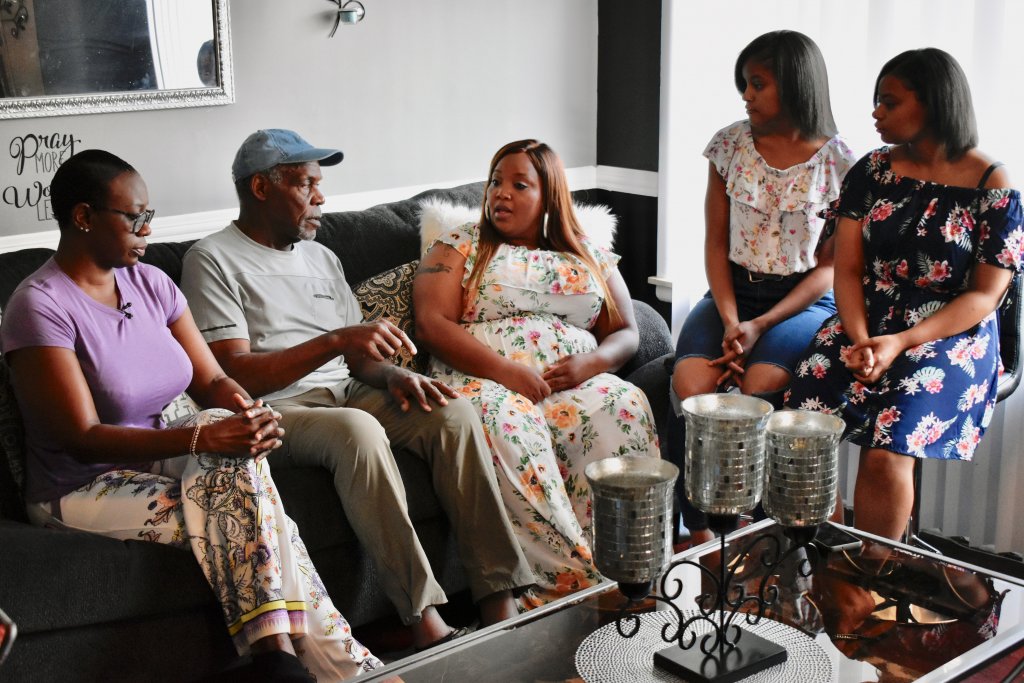 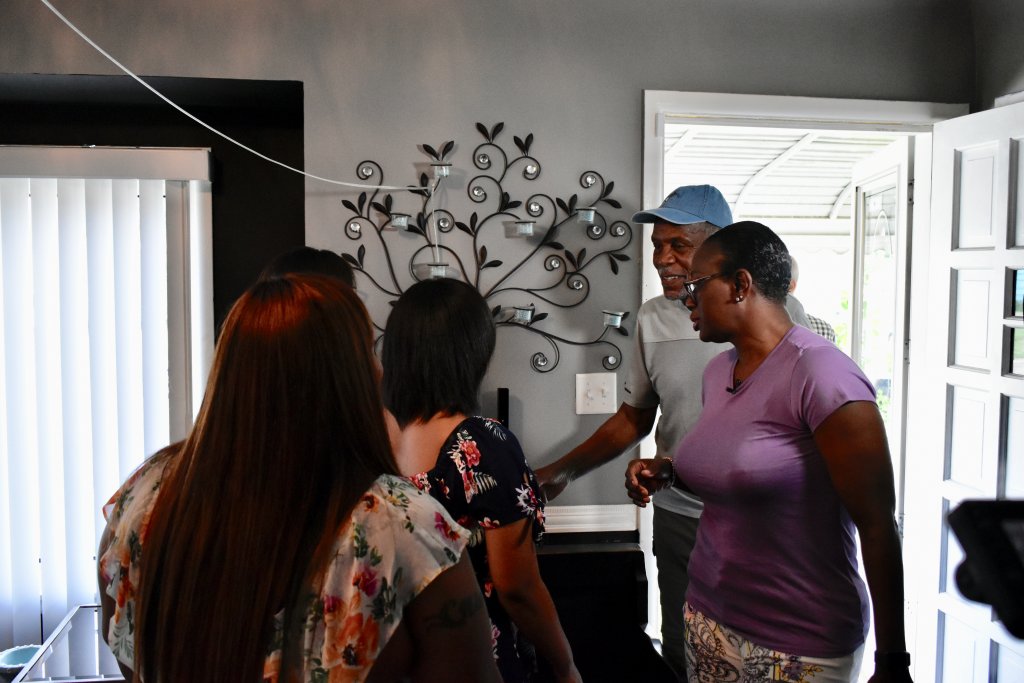 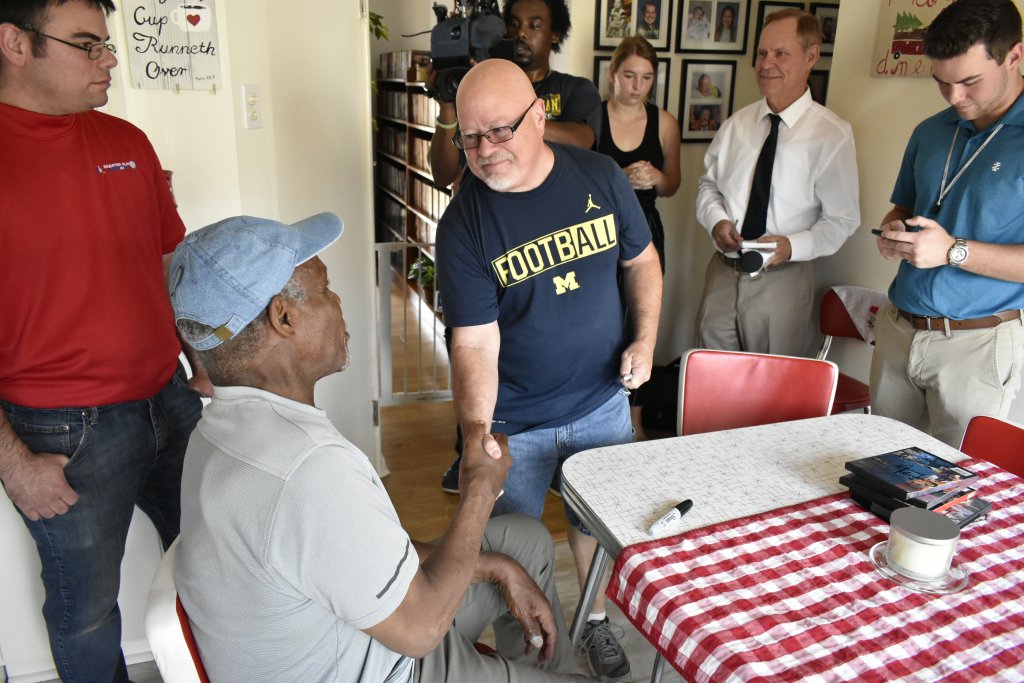 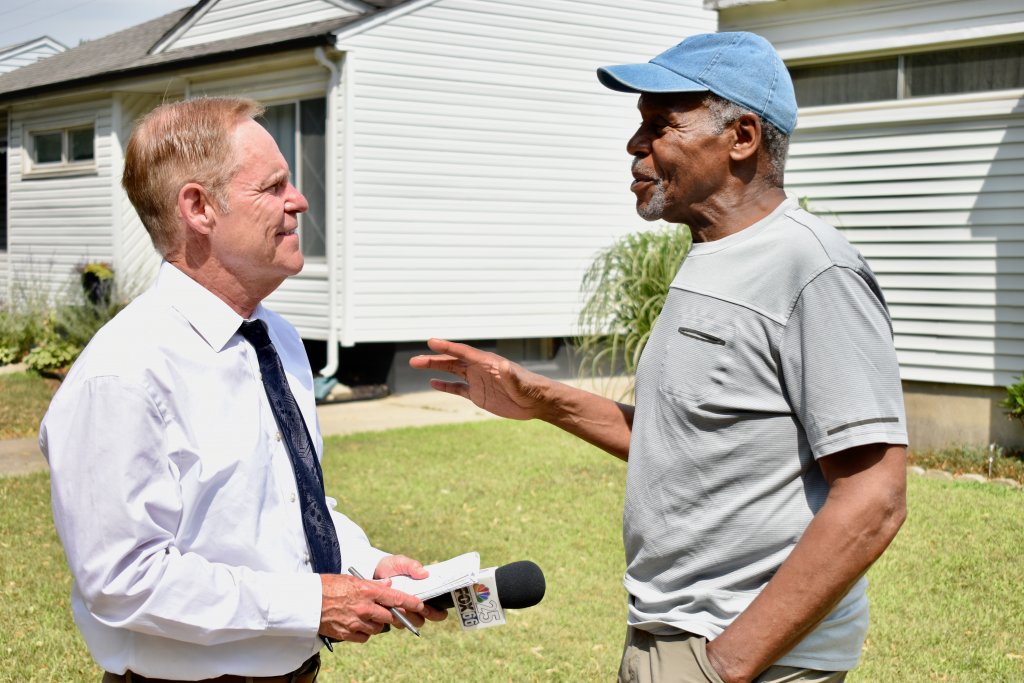 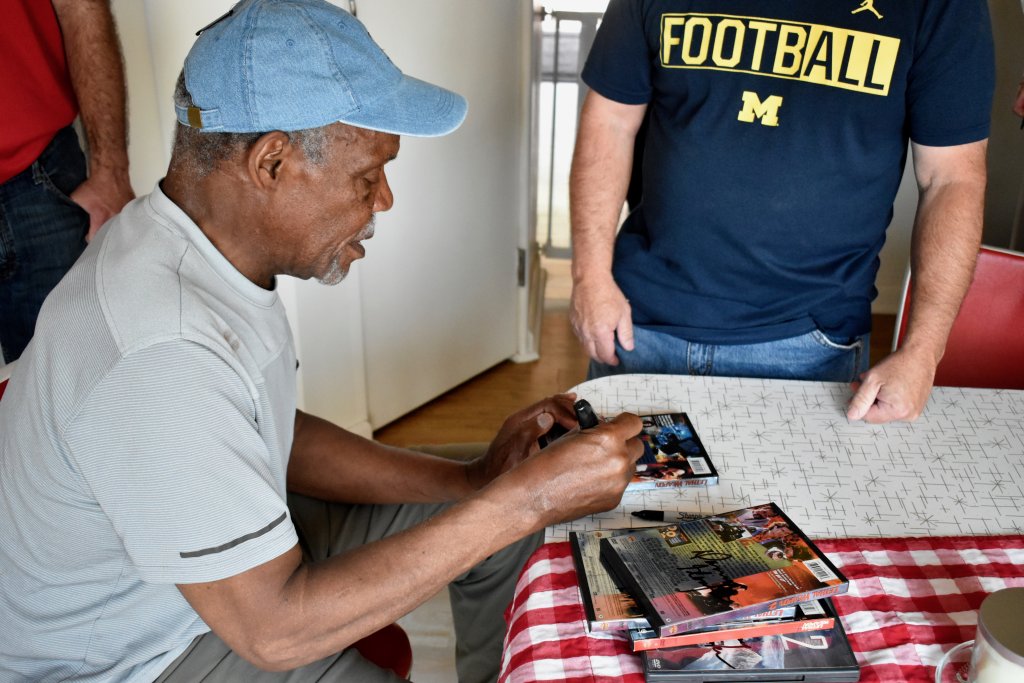 “State government allowed this to happen; they did this; they covered it up; the former governor did it,” Turner said, referring to GOP former Gov. Rick Snyder. “And the new governor should take a stronger role in this.”

In 2018, Turner campaigned for one of Whitmer’s opponents in the Democratic gubernatorial primary, progressive former Detroit Health Director Abdul El-Sayed, who warmed up the crowd for his Macomb County rally in April. Whitmer went on to win all 83 Michigan counties in the primary and scored a 9-point victory in the November general election.

Grondin said that despite the renewed attention in the city, he’s unsure of who to trust.

“I do trust a few that are running. I like Bernie Sanders; I like what he says. I also like [South Bend, Ind., Mayor] Pete Buttigieg, I like his ideas; he’s got some smart ideas. Some of the rest of them, I’m not too confident. I’m not sure they’re in touch with the local people,” Grondin said.

Turner promised that while Sanders has not visited Flint himself yet in the 2020 cycle, he hasn’t forgotten the city’s plight and doesn’t plan on using it for political gain.

“This won’t be our last time here in Flint; it’s not some political prop. And I do believe some politicians are using Flint. Where have they been? They weren’t here until they started running for president,” Turner said.

Flint was a key issue in the 2016 Democratic presidential primary between Sanders and eventual nominee Hillary Clinton, with both making stops and participating in a debate on the University of Michigan-Flint campus. Sanders narrowly won that primary.

Both Grondin and Atkins expressed concern that perception of Flint has been damaged by coverage of the water crisis and that as a result, their homes and local businesses have become less valuable.

“Not many people lining up to buy homes in Flint because of the water,” Turner said.

Turner argued that Flint is a symbol for America’s larger problems with aging infrastructure.

“Flint certainly has been the canary in the coal mine to draw attention to this crisis that we really take for granted,” she said.

Turner and Glover also participated in a roundtable with Flint residents, which was not open to media.

Sanders’ campaign is one of several holding events across Michigan in the days leading up to the second Democratic presidential debate at Detroit’s Fox Theatre on Tuesday and Wednesday.