Column: Michigan gets called out for having the most Black children living in concentrated poverty

We want every child to thrive in Michigan. A new snapshot from the Annie E. Casey Foundation calls out our state on this goal … but not for praise. 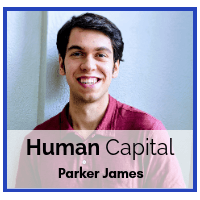 Due to a legacy of racial discrimination and oppression that we have yet to address, Michigan was ranked as the worst state in the nation for the percent of African American children living in concentrated poverty, at 50%.

We know that growing up in concentrated poverty, defined as a census tract with a poverty rate of 30 percent or more, can limit possibilities – for any child. Research shows that poverty affects child development – increasing the risk of a child developing chronic illnesses like asthma and lagging behind in key skills like reading and self-monitoring.

Neighborhoods with concentrated poverty are more likely to have underfunded schools and fewer good paying jobs. Families may face the toxic stress of economic insecurity as well as environmental hazards that would never be politically acceptable in more affluent communities.

This absurd inequality is the direct result of policies that have disproportionately benefited White families and disturbingly limited economic opportunities for people of color, and especially Black families.

These data are not new or shocking to communities of color who have felt the ongoing legacy of discrimination and segregation, deliberate disinvestment and stereotypes trying to limit who they can be … And yet, they have a legacy of resilience in this state and in this nation.

Another study found that Caribbean Black and African American participants reported the highest rates of family and friends helping them out very often, potentially providing a protective factor against depression.

By creating strong support networks, Black families continue to build financial and emotional resilience against the economic insecurity brought on by racist policies and concentrated poverty. But the burden should not be on people of color to “fix” the impacts of racism through personal resiliency.

In recent years with rising activism, the term “call-out culture” has emerged. Prominent publications spread the message that calling people out on racist attitudes and actions were making places like college campuses intolerant.

As someone who attended college this decade, getting “called out” – whether for a bad “joke,” rude comment or downplaying someone’s experience – was an opportunity to reflect and be better.

For too long, racist remarks have gone unchallenged among white people. I saw this first hand growing up white and attending a high school that just last year made national news for a hate crime.

The failure to listen to people of color and call out racist beliefs and behaviors in other white people had and still has consequences. These judgments and assumptions get reflected in our policy priorities and how our institutions operate.

Sometimes we need to be called out.

So, white people in Michigan, consider this a call-out moment. Or a “call-in” moment if you like that better. This latest snapshot on concentrated poverty in our state says more about us than anyone else. White people created the racially restrictive covenants and housing policies that concentrated poverty disproportionately in the first place. So, what should we do?

First, don’t get defensive. Take a breath and reflect.

Listen to people of color and respect their leadership. Be honest about our history and take ownership for the decisions of policymakers that disproportionately benefit us.

Lift up positive narratives of kids of color and challenge stereotypes. Commit to being an anti-racist leader and work to further equity in our workplaces, schools and communities. Get involved in advancing the kinds of policies that are highlighted in the snapshot – like ending housing discrimination, advancing affordable housing and expanding wealth building opportunities for people of color.

There are so many things Michiganders can do to advance equity, and we all have a personal responsibility to make it right. Doing nothing, allowing the status quo to go unchallenged, is perpetuating racist policies and outcomes.

And that deserves to be called out again and again.

Column: Michigan gets called out for having the most Black children living in concentrated poverty

Parker James is the Kids Count policy analyst. Prior to joining the League, Parker worked with data in various positions to advocate for vulnerable populations, including as project coordinator of a health program in Southwest Michigan.

In wake of Lyoya’s death, a reckoning with Grand Rapids’… by Anna Gustafson May 7, 2022
African-American leaders lament loss of Black representation… by Ken Coleman August 13, 2022
Michigan has had a Black member of Congress since 1955. Will… by Ken Coleman January 29, 2022