Demonstrators demand action from the Republican presidential candidates about the water crisis in Flint outside the historic Fox Theater before the GOP presidential debate March 3, 2016 in Detroit | Chip Somodevilla, Getty Images

The Trump administration is working to weaken U.S. environmental regulations in many areas, from water and air pollution to energy development and land conservation. One of its most controversial proposals is known as the “secret science” rule because it would require scientists to disclose all of their raw data, including confidential medical records, in order for their findings to be considered in shaping regulations.

This proposal would drastically limit what kinds of scientific and medical research the Environmental Protection Agency can draw on as it makes policy. According to press reports, an EPA advisory panel with many members appointed by President Trump has criticized the rule, saying it will do little to increase transparency and may limit what kinds of research get done.

As director of a center on urban health, I study issues including human exposure to toxic substances such as lead and mercury. Confidential patient information is a key resource for my work. If the secret science rule is enacted, I believe that children’s health will suffer as a direct result.

My work is made possible because researchers can obtain confidential patient records, under strict regulations and oversight to ensure their confidentiality throughout analysis. These controls are mandated under federal regulations that were rightly instituted to protect people’s identities and health data pursuant to the 1996 Health Insurance Portability and Accountability Act, or HIPAA.

I started researching lead exposure hot spots in U.S. cities almost 15 years ago, well before thousands of kids were poisoned by lead in Flint. Pediatric exposure to lead results in permanent neurological effects – namely, reduced IQ and deficits in attention, learning and memory compared to nonintoxicated peers. These impacts are permanent, so it is critical to identify and eliminate lead exposure sources before children are poisoned.

Because I did not have the resources to obtain and analyze millions of samples of soil, dust and water for lead, I turned to medical records. Children around the country have routine blood tests, and many of them include an assay for blood lead levels. I realized that if I could obtain those records, as well as each child’s age, test date and home address, I could map out the distribution of lead poisoning.

In an ideal world public health experts wouldn’t use maps based on kids who have already been permanently poisoned to find exposure sources. Nevertheless, 16,000 medical records later, I was able to produce a detailed block-by-block map of blood levels in children in Indianapolis. 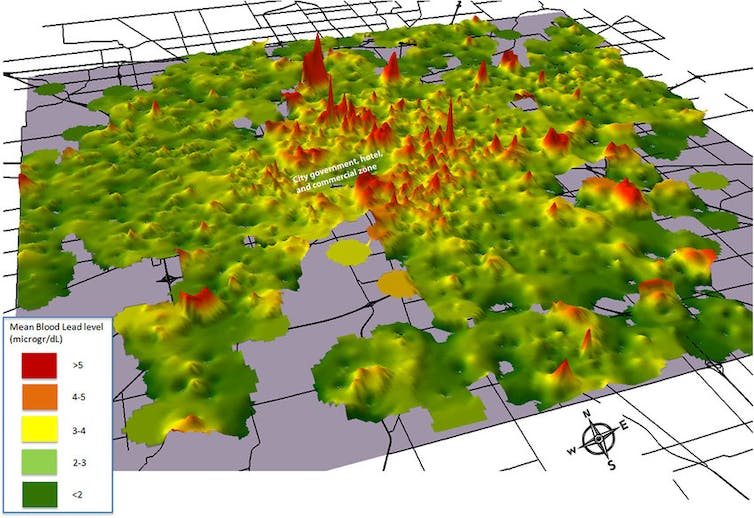 This approach led me and my colleagues to two major discoveries that have improved communities and shaped policy at the local and national levels. Neither of these insights could be used to implement solutions under the proposed secret science rule.

First, we found that the pediatric lead poisoning distribution patterns we identified from medical records matched a rudimentary map of patterns of legacy lead contamination – lead emitted over decades by sources such as leaded gasoline, lead-based paint and industrial emissions – that we constructed from separate research work on urban soil and dust. This indicated that at least in Indianapolis, soil and contaminated dust generated from it was likely the major exposure mechanism for lead in children.

We were able to leverage that finding in some particularly contaminated neighborhoods where the EPA had previously carried out cleanups. Indeed, our work spurred the agency to reanalyze one of these poorly mitigated neighborhoods and reopen the cleanup over a much broader target area.

Lead poisoning symptoms don’t appear until blood lead levels are high, so reducing exposure is the only effective way to prevent permanent damage.

Second, we were able to verify the source of seasonal variations in children’s blood lead levels. Through some basic atmospheric modeling, we identified seasonal dust generation as the main driver of this pattern. For example, when soil becomes drier for an extended period of time, it generates more dust that can be tracked into homes or blown into the air. If that soil happens to be contaminated with lead, the dust is also contaminated and becomes a regional exposure source.

After expanding this analysis to 10 different U.S. cities, we were confident enough to begin recommending to clinical networks that they take blood test dates into account. An August blood lead value could be double the level from a February test, so we believed it was important to consider timing in evaluating whether a child might be at risk of unsafe exposure. This led to the first such screening policy to be implemented around the timing of lead test results. 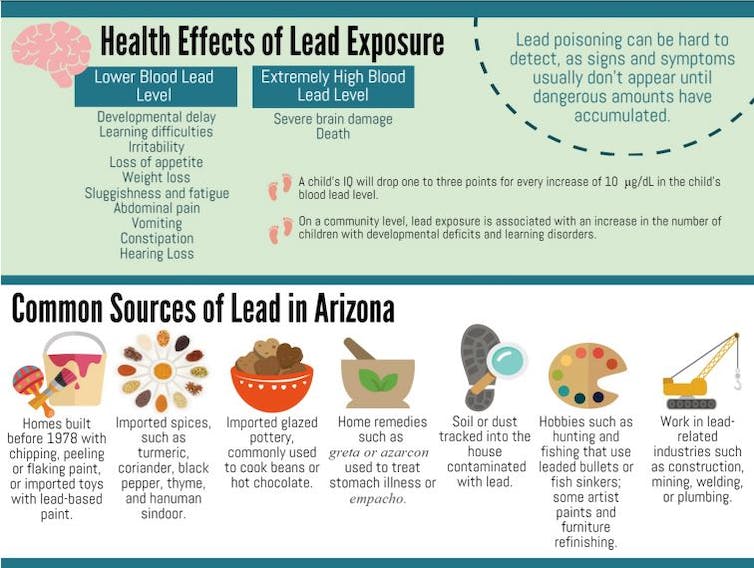 Despite steps such as phasing out leaded gasoline, lead poisoning is still a serious public health problem across the U.S. | AZDHS

Neither of these findings would have been possible without access to original, confidential patient medical records. For each patient we needed a specific home address and exact individual results from blood lead tests. These both are protected classes of personal information that must be kept confidential under federal regulations.

I participated in 2011 in the EPA’s Integrated Science Assessment for Lead review process, in which the agency reviewed papers and consulted experts to determine whether provisions in the Clean Air Act regulating airborne lead exposure were adequately protecting Americans. Regulators were particularly interested in the small-scale links between blood lead levels and known sources of lead from dust that our research was finding. Eventually, the agency lowered acceptable standards for lead in dust in 2019.

Childhood lead exposure is still a public health hazard of epidemic proportions in some parts of the U.S., particularly cities. The potential sources are relatively well known: soil, dust and water. The challenge is that researchers don’t have adequate environmental measurements for these sources. Until we do, fine-scaled results revealed by human health data remain our best way to identify sources, and thus inform policies to protect children.

If the secret science rule is adopted, EPA officials will have to pretend that this kind of research doesn’t exist, since the patient records that it draws on can’t be made public. In my view, this will leave hundreds of thousands of children across the U.S. at risk of a lifetime of avoidable harm from lead poisoning and other types of pollution that researchers analyze using private medical data.

This is republished from our partners at The Conversation. Read the original article.

Gabriel Filippelli is a professor of Earth Sciences and Director of the Center for Urban Health, IUPUI. His research focuses on biogeochemical cycling in the environment and the connections between geochemistry and the geologic record of climate change.

‘He’s doing their bidding’: Critics say Republicans use… by Anna Gustafson April 17, 2022
These are the ‘toxic hot spots’ where Michiganders may face… by Julia Forrest December 13, 2021
Here's the full text of Biden’s State of the Union address by Michigan Advance March 2, 2022