Alex Rossman: CREC yourself before you wreck yourself: A revenue estimating conference playlist.

I have been making bad puns and dad jokes well before actually becoming a dad, and I’m particularly into reworking songs to fit my circumstances and situations. 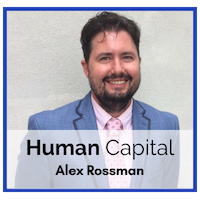 And for the roughly 14 years I’ve known about “CREC,” I’ve tried to make “CREC yourself before you wreck yourself” a thing. But with the January CREC slated for Friday morning — basically when the state figures out how much money it has —and since there’s probably a pretty small sliver of people who know what CREC is and get ‘90s Ice Cube lyrics, I’ve decided to take a deeper dive — complete with a more extensive playlist.

CREC Playlist: There is almost endless musical fodder here. “Down In a Hole” by Alice in Chains and “Fell on Black Days” by Soundgarden come to mind for my fellow Gen Xers, whose outlooks generally mirror Seattle (or Michigan) weather. But maybe Michigan’s revenues will be following Michigan native Lizzo’s lead and have us feeling “Good as Hell” and “Happy” as Pharrell. Will Frank Sinatra and Tori Amos say it was a [very or pretty] good year? Based on the numbers that have been released so far, it will probably be somewhere in between. See the playlist for more topical suggestions.

“CREC” stands for Consensus Revenue Estimating Conference. Held in January and May of every year, CREC is composed of the directors of the state House and Senate fiscal agencies (HFA and SFA) and the state treasurer or budget director. These fiscal experts analyze and report on economic indicators and state revenue projections.

These songs summarize the gist of CREC. On Friday, Lansing politicos will be as invested in “Red and Black” as the cast of “Les Miserables” (though reverse connotation) as we all wait to see whether state revenues are up or down. These revenues come from the “Taxman” among other revenue streams. A lot depends on The Cars (in this case, the auto industry). Will the “Good Times Roll”?

Based on the revenue estimates that have been released so far by the Senate Fiscal Agency, total net state revenues (after tax changes are figured in and required earmarking) for the School Aid Fund and General Fund combined in 2021 are expected to grow 2.4% over the revised estimate for the current 2020 fiscal year. This is an increase of $609.5 million — from $25.03 billion to $25.64 billion. This doesn’t include federal revenue. The House Fiscal Agency’s numbers are nearly identical, as they estimate that total net revenues (for General Fund and School Aid Fund) are up 2.5 percent from $24.9 billion to $25.5 billion. These estimates don’t include federal revenue and are not adjusted for inflation.

With estimates out from the two fiscal agencies going in to CREC, we’ve got a rough idea of what the final consensus is going to be. On their face, these numbers show minimal real growth in state revenues, and actually represent continued shortfalls if inflation is considered.

“CREC Yourself Before You Wreck Yourself”

This is not just a pun — it’s a valid point. The very intent of CREC is for policymakers to check themselves and incorporate these estimates into their state spending and budgets. And if they don’t take these forecasts seriously and make poor fiscal decisions, they stand to wreck our state budget, our state services and ultimately our state.

The revenue estimates Friday will likely sound big and vaguely positive. But they also need some important context. Economic growth in Michigan will be slower in the coming years than in the previous few years. Export growth is slowing due to an uncertain trade environment. Light vehicle sales are slated to decline in the next few years. And employment gains over the coming years will be muted. In Michigan, both job growth and personal income growth are expected to remain below the national averages and below the historical state average.

One of the biggest challenges with the coming budget years — and lawmakers’ general fiscal approach — is that they tend to kick the can down the road, passing legislation whose real price tag and state revenue impact doesn’t hit home for years. This is often after many of the elected officials who voted to implement them are gone. And for the Fiscal Year 2021 budget, the can, like Boyz II Men, is getting closer to the “End of the Road” — including on roads!

Here are some of the bigger tax changes and earmarks affecting the 2021 budget General Fund:

Not needing CREC to read the writing on the wall, Gov. Gretchen Whitmer and the State Budget Office have already asked department directors for ideas on how to cut spending in addition to any proposals for new programs or spending increases. She also is likely to again use her budget proposal to tackle the systemic problems with the Legislature’s current budget strategies. This includes eliminating the shell games that siphon off funds from one priority for another, a move the Michigan League for Public Policy has long advocated for and will continue to support.

Whether you’re Pink Floyd, The Drums or The Flying Lizards, it’s all about “Money.” for the League and some like-minded organizations, “that’s what we want.” And it should be what all residents and lawmakers want, too.

The League will continue to call for new revenue in order to invest in all of the things Michigan residents value. We continue to advocate for the enactment of a graduated income tax, a sales tax on services, and the elimination of many tax expenditures as ways to do that. It’s always hard to believe that it takes more political courage to raise taxes than cut vital services and programs, but we will keep singing that tune until it becomes a chorus.

While CREC will set the stage for the Fiscal Year 2021 budget — and we have already released our related priorities—we also want to make sure lawmakers don’t forget about the unfinished business on the 2020 budget. The League is still hopeful that supplemental funding can be passed for the 10 Cents a Meal program, services for homeless and runaway youth, school health centers and more.

Alex Rossman: CREC yourself before you wreck yourself: A revenue estimating conference playlist.

Here's the full text of Biden’s State of the Union address by Michigan Advance March 2, 2022
‘He’s doing their bidding’: Critics say Republicans use… by Anna Gustafson April 17, 2022
As snow and ice disappear with climate change, some Michigan… by Marla R. Miller December 27, 2021