Column: How Medicaid changes can us get through COVID-19, fiscal crises

In our high school social studies classes, one core topic is federalism — the shared authority between states and the federal government. 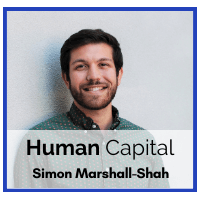 This relationship has implications for state-level public policy any day of the week, but during the COVID-19 pandemic, it has been on full display as the patchwork of stay-home orders and administrative regulations have been rolled out from the White House and each of the states separately.

Plus, moving forward, it will become even more pertinent for the federal government to demonstrate true partnership with states as this public health crisis becomes a fiscal one.

When states spend money on the Medicaid program, the federal government picks up at least half of the tab, anywhere from the floor of 50% to a maximum of 78% in a “typical” year. In Michigan, for example, the FMAP is 64.08%. If the FMAP is increased, it means the federal government covers a greater share of Medicaid costs, which can free up state dollars to fund other critical services and programs.

Because the COVID-19 crisis has led to anything but a typical year for our country, the FMAP must be increased to provide more money to state Medicaid programs and, in turn, allow states to continue funding other budget priorities.

Hundreds of thousands of Michiganders have lost their jobs, lowering their income and, in many cases, qualifying them for traditional Medicaid or the Healthy Michigan Plan. Medicaid is playing, and will continue to play, a vital role in each state’s response to COVID-19. In Michigan, over 100,000 people have enrolled in Medicaid or the Healthy Michigan Plan since February alone.

As long as our country’s health care policy so heavily links private health care coverage options to employment, recessions will result in not only an increase in unemployment, but also in Medicaid enrollment, requiring more state spending to fund the program and provide health coverage and services.

Congress has recognized the expanded role of Medicaid at this time, and included in the Families First Coronavirus Response Act a 6.2% bump in the FMAP for each state, translating to $860 million for Michigan. This is an important start, but unfortunately, the funding is inadequate. There is precedent for more: In response to the Great Recession, Congress enacted an average 12% FMAP increase for states.

An FMAP increase is a solution with support from governors across the red and blue divide. The National Governors Association — a bipartisan organization representing all governors across the country, led by Maryland Republican Larry Hogan and New York Democrat Andrew Cuomo — has called for enhanced FMAP funding. The National Association of Medicaid Directors (again, bipartisan) has done the same.

In fact, in the  most recent relief package of U.S. House Speaker Nancy Pelosi (D-Calf.), the HEROES Act, which passed the House Friday, includes a 14% increase in the FMAP through June 30, 2021. This is a bold starting point for future negotiations, and one that is necessary to have a lasting impact on state budgets. Yet, negotiations with the U.S. Senate, which are likely to continue into June at the earliest, may reduce this robust FMAP increase that she has proposed.

Congress must ensure that future relief bills maximize the FMAP. Related steps that Congress should take to support states include:

It is clear that governors are leading the charge to protect not only public health but also their state budgets — it is federalism in action. But without greater support from the federal government, this may mean budget cuts to necessary programs or innovations within each state.

Therefore, our elected officials in Congress must do their part at the federal level to answer the calls for enhanced FMAP funding. For Gov. Gretchen Whitmer and her peers in other states, such action will enable them to ensure millions of people continue to receive important health care coverage and services, while protecting their state’s budget in the months and years to come.

Column: How Medicaid changes can us get through COVID-19, fiscal crises

Special report: Dozens of members of Congress are… by Laura Olson March 30, 2021
How the pandemic hit students in Michigan’s most… by Allison R. Donahue March 6, 2021
‘It’s become toxic’: Houghton County wrestles with… by Todd A. Heywood March 8, 2021