‘No justice, no peace’: Detroit rallies to protest Floyd killing

Hundreds of metro Detroit residents rallied on the grounds of the Detroit Police Department headquarters on Friday afternoon to protest the killing of George Floyd, a Black man who died at the hands of Minneapolis police.

They enthusiastically chanted, “No justice, no peace” during the two-hour effort. The organized rally, which was peaceful and appeared to attract an equal number of whites, Blacks and Browns, both young and old. There was a heavy police presence and no violence. Protesters continued to gather afterward, with a 19-year-old man shot and dozens arrested.*

“This shit ain’t right,” said Deonte McCoy, a 24-year-old African-American Detroit resident. “We gotta do something to get a change. [Floyd] was murdered. They put a knee on his neck. He was helpless. Nobody helped. Black people should feel safe in America.”

Floyd, a 46-year-old African-American man, died on Monday after pleading for help as a police officer used his knee on Floyd’s neck to pin him — unarmed and handcuffed — to the ground. His death sparked outrage and protests in several cities across America, including Lansing. It also resulted in civil uprisings in Minneapolis over the course of several days.

Floyd, a Houston native, worked security at Conga Latin Bistro in Minneapolis for five years, according to owner Jovanni Thunstrom.

Responding to the uprising, President Donald Trump tweeted this week:

“I can’t stand back & watch this happen to a great American City, Minneapolis. A total lack of leadership. Either the very weak Radical Left Mayor, Jacob Frey, get his act together and bring the City under control, or I will send in the National Guard & get the job done right…..”

Referring to Minneapolis protestors in a subsequent tweet, Trump said, “These THUGS are dishonoring the memory of George Floyd, and I won’t let that happen. Just spoke to [Minnesota] Governor Tim Walz and told him that the Military is with him all the way. Any difficulty and we will assume control but, when the looting starts, the shooting starts. Thank you! “It was flagged by Twitter for “glorifying violence.”

The day after the killing, Detroit NAACP President Wendell Anthony characterized as a “cold-blooded murder.”

“The mayor of Minneapolis [Jacob Frey] and the police chief [Medaria Arradondo] did the appropriate thing. These men should have been fired. However, to fire them without charging, arresting, providing a trial, and affording them justice for this crime would be an even greater injustice,” Anthony said. 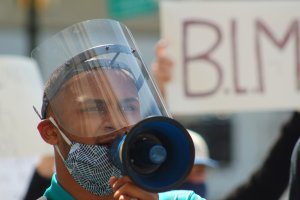 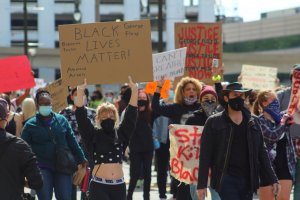 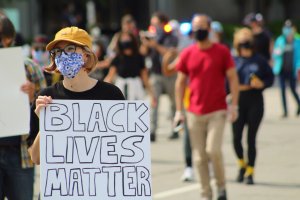 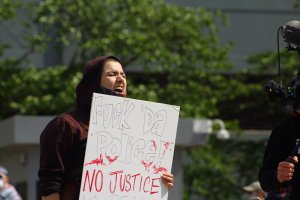 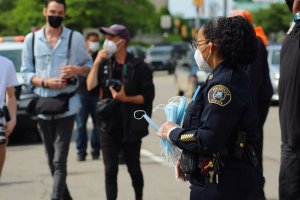 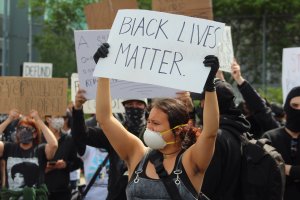 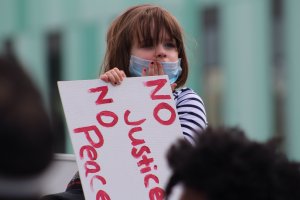 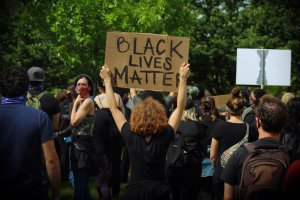 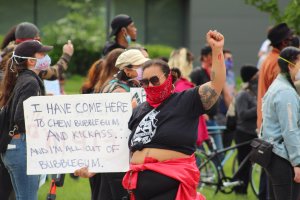 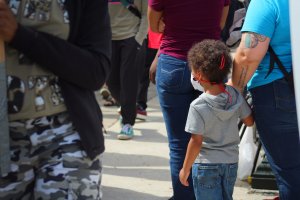 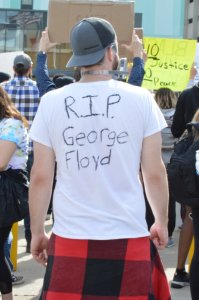 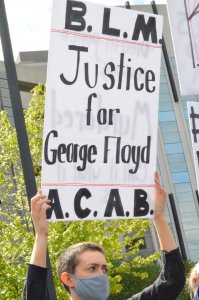 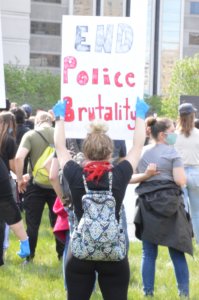 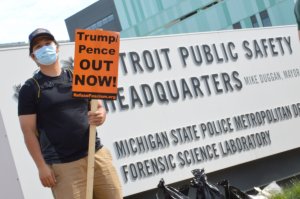 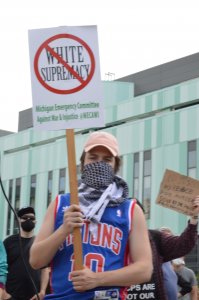 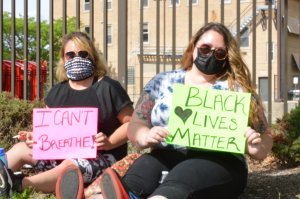 Fired Minneapolis police officer Derek Chauvin, who is white, was arrested on Friday and has been charged with third-degree murder and manslaughter, some four days after the incident.

Meanwhile, in Lansing, state Sen. Jeff Irwin (D-Ann Arbor) has introduced a bill to strengthen community-police relations and reduce excessive use of force by police officers.

Senate Bill 945 would require that all incoming law enforcement officers complete training on implicit bias, de-escalation techniques, and mental health screening. The bill adds these elements to the certification requirements from the Michigan Commission on Law Enforcement Standards.

“Unlike most other professionals, police officers have just seconds to make life-altering decisions — often under high-stress conditions — so it’s essential we give them all of the necessary tools to keep residents safe,” Irwin said.

“Officers are drilled on tactics, firearms and forensics. They practice shooting and driving. What is missing from our fundamental police training standards are how officers can identify mental illness or their own implicit biases, and use that knowledge to de-escalate a dangerous situation.”

Gov. Gretchen Whitmer addressed the Floyd shooting at a press conference Friday afternoon in Lansing, as well as other incidents of police violence.

“George Floyd’s death in the deaths of many others — Ahmaud Arbery, Trayvon Martin, Renisha McBride — they are not isolated incidents, but they’re a part of a systemic cycle of racial injustice in our country,” she said.

Whitmer said that Floyd’s family deserves a “thorough and timely impartial investigation” into the shooting.

“It’s incumbent on every one of us to stand up for what is right. We have to hold people accountable. People that perpetuate these abhorrent actions,” Whitmer said.

Rochelle Duval of Pontiac and her sister, Renee Duval, of Oak Park attended the Detroit protest rally. Duval, who is white, said the Floyd killing “broke [her] heart.”

“I’m here to show my support,” she said. “Things need to change. I’ve been balling my eyes out.”

‘No justice, no peace’: Detroit rallies to protest Floyd killing

In wake of Lyoya’s death, a reckoning with Grand Rapids’… by Anna Gustafson May 7, 2022
Misogyny is fueling the country’s gun violence epidemic,… by Anna Gustafson July 17, 2022
Here's the full text of Biden’s State of the Union address by Michigan Advance March 2, 2022