A woman’s car is destroyed after allegedly threatening to kill protesters at a Lansing police brutality protest, May 31, 2020 | Anna Liz Nichols

A car ended up burnt to a crisp. Downtown Lansing was filled with broken glass and screaming. The police brutality protest went sour Sunday evening after being mostly peaceful earlier in the day.

There was a literal night-and-day difference, with the protest that took place late morning and early afternoon calling for peace as attendees marched around Lansing streets calling for an end to the violence. Though Black Lives Matter Lansing didn’t organize the event, chants echoed the group’s ideology.

Demonstrations have occurred in dozens of cities across the country to protest the death of George Floyd, a 45-year-old Black man who was killed at the hands of Minneapolis police last week.

More than 800 protesters marched to East Lansing and back to the Capitol, according to the city of East Lansing. The walk to and from the Capitol was almost 8 miles and most of the protestors were on foot.

This is where the evening dove into violence. At 6 p.m., protesters said a driver threatened their lives saying she would shoot them all and tried to run them over.

That driver nearly hit this Michigan Advance reporter seconds before protestors surrounded her car, demanding police arrest her. Protesters moved away from the vehicle after officers on the scene implied the woman would be arrested if they cleared a path. She was led away from her car by officers with her arms behind her back. The Lansing State Journal now reports that she was only removed from the scene, not arrested.*

The group proceeded to rip off the car mirrors, shatter the windows and then set the car on fire. Though police protected the car as the woman was in it, they did not stop protesters from demolishing it. 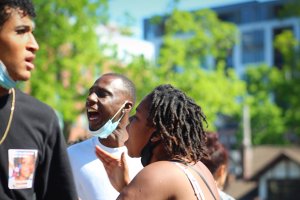 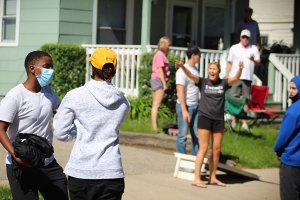 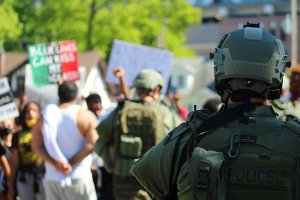 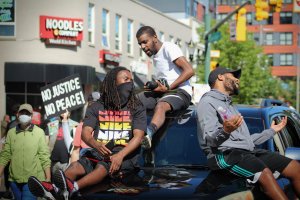 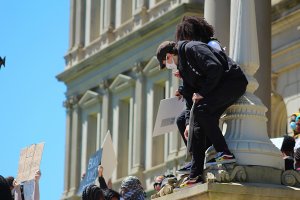 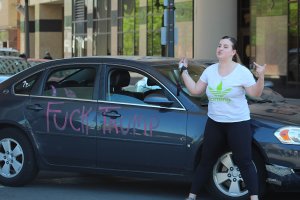 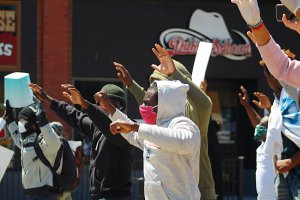 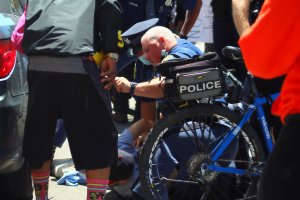 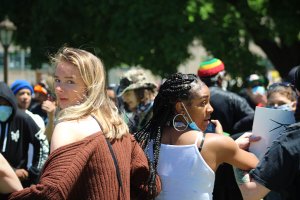 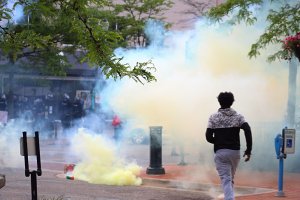 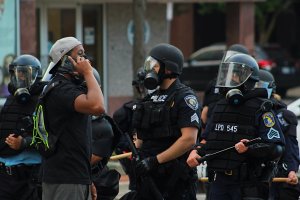 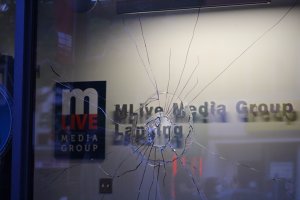 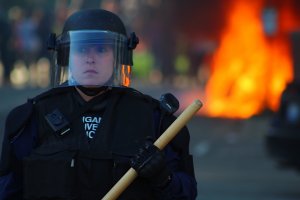 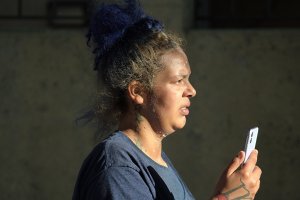 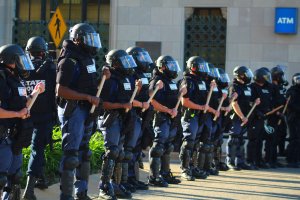 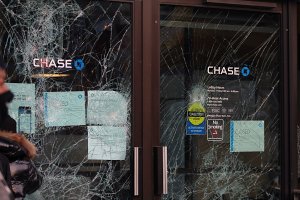 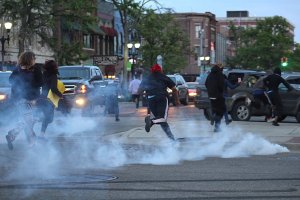 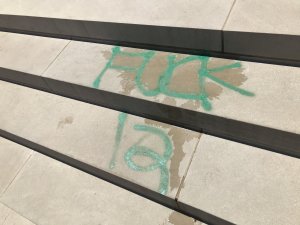 “The rally this afternoon was peaceful and respectful, and focused on expressing anger and frustration with police brutality and racial injustice. I was there to stand with the Lansing Police Department as they reaffirmed that they do not stand for police brutality,” Schor said in a statement. “Unfortunately, the demonstration has now turned violent. The situation is unfolding quickly, and the police are present to help keep our city safe.”

The rest of the evening was a fight over space between protesters and police. Officers did not ask protesters to leave or move. They formed lines in the streets of Lansing, pushing people south using tear gas.

An array of profanities were shouted at officers as most stood silent. As police administered dozens of tear gas canisters, the wind took the spray to the surrounding streets, choking out multiple blocks.

Some people shattered the windows of a Chase bank, MLive’s Lansing office, the Romney Building where the governor works and several other buildings.

Michigan State Police could not be reached to report the number of arrests for the night.

In wake of Lyoya’s death, a reckoning with Grand Rapids’… by Anna Gustafson May 7, 2022
‘My heart couldn’t take it’: Two years into the pandemic in… by Anna Gustafson March 10, 2022
Here's the full text of Biden’s State of the Union address by Michigan Advance March 2, 2022