On this day in 1990: Nelson Mandela visits Detroit

The tour also included an address before a joint session of Congress. The 71-year-old Mandela had been held in custody for 27 years for pushing back against apartheid, a government system where whites carried out Jim Crow-like measure of control over the indigenous people of color. 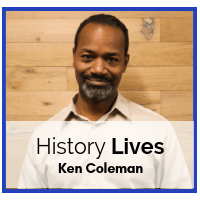 Michigan Gov. James Blanchard, Detroit Mayor Coleman A. Young, civil rights icon Rosa Parks and UAW President Owen Bieber greeted the leader of the African National Congress (ANC) and his wife, Winnie, at Detroit Metro Airport. Mandela then visited the Ford Mustang Plant in Dearborn and was the featured speaker at a momentous rally at Tiger Stadium in Detroit, which attracted about 50,000 people.

As the Mandelas emerged from a car that was driven onto the baseball field, attendees chanted, “Viva, Mandela” and “Amandla,” a word used among indigenous South Africans that means “power,” a popular rallying cry to resist apartheid. Several noted music performers placed their stamp on the event, including Ortheia Barnes, Aretha Franklin, the Winans and Stevie Wonder.

“One thing that Detroiters can learn from Mandela’s visit is how a man can remain dedicated to his principles and persevere in the struggle for freedom over the years,” Young said that week. “Here in the Detroit area, there is too much selfishness among us.”

Akua Budu-Watkins, a veteran activist, educator and organizer, helped to plan the effort. She said that the visit was important because it “connected the dots” between the American civil rights and the pan African movements. Both struggles, Budu-Watkins said, reached the consciousness of white Americans and others around the globe.

“So many more people understood our plight better,” she said.

Bishop Edgar Vann, pastor of Second Ebenezer Church in Detroit, was tapped by Young to assemble a 2,000-member mass choir to perform during the Tiger Stadium event. It was multi-racial, and included city and suburban residents, Vann recalled. He only had three weeks to recruit its members and to rehearse.

“It was and has been one of the real signature moments of my life to put that together,” Vann said.

On this day in 1990: Nelson Mandela visits Detroit