Fred Harrington on back of Jiimaan | Philip Hutchinson

A group of Michiganders concerned about the Line 5 oil pipeline’s impact on the Straits of Mackinac, led primarily by women of Michigan’s tribal communities, says it may have stumbled upon a significant Ice Age-era cultural site just a short distance from the dual underwater pipelines.

“The ROV [remote operated vehicle] and sonar findings seem to show that Line 5 runs through precious, ancient cultural sites,” reads a statement from the group Wednesday. “Findings are now being reviewed by an underwater archeologist. Though these sites are now underwater, approximately 9,000 years ago the Great Lakes water levels were much lower, and evidence of human habitation encircles the northern tip of the Michigan mitt.”

The group’s effort to have an independent look at Line 5 started in early fall, as circuit court proceedings related to Line 5 damage continued. In September, Andrea Pierce of the Little Traverse Bay Bands of Odawa Indians (LTBBOI), Robin Lees of the LTBBOI and Kelly Willis of the Saginaw Chippewa Indian Tribe, with the help of water activist and realtor Terri Wilkerson, hired a survey boat for an independent look at the aging pipelines.

LTBBOI tribal Councilman Fred Harrington, Jr. then offered use of his Jiimaan, a culturally significant Anishinaabek wooden watercraft, to aid their efforts.

In mid-September, Wilkerson told the Advance that the timing for going out into the Straits was a matter of getting paddlers organized and waiting for the right weather. Less than a week later, the right opportunity presented itself. A small crew of water protectors, led by Michigan tribal citizens, ventured onto the Straits in the Jiimaan and an ROV.

Sonar findings revealed what they say could be an ancient, submerged tribal site — visually, it appears as a stone circle in the lakebed — similar to other cultural sites found in Lake Huron, on Beaver Island and near Grand Traverse Bay. The tribal-led group says it was found “just a short paddle west” of Line 5.

In a statement Wednesday, Harrington wrote: “This expedition is tribal sovereignty enacted. The impact of treaty-protected rights to waterways, a cultural canoe and determined water protectors is profound. Water is life and women are the water protectors. We honor and support their work.”

The findings prompted the paddlers to request a full archaeological survey of the bottomlands — the same day that Enbridge announced that its preliminary design for the Line 5 Tunnel Project is 90% complete. 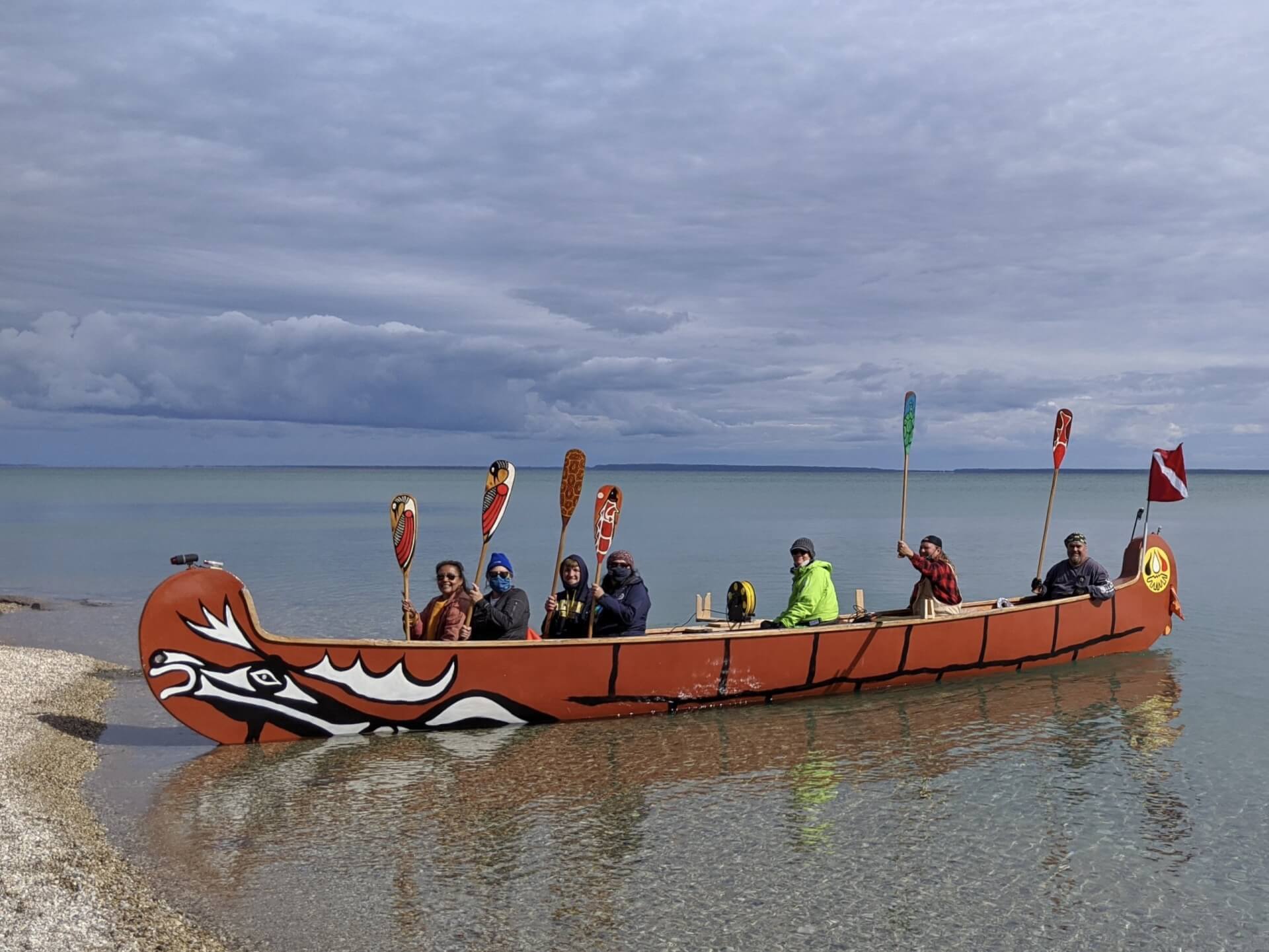 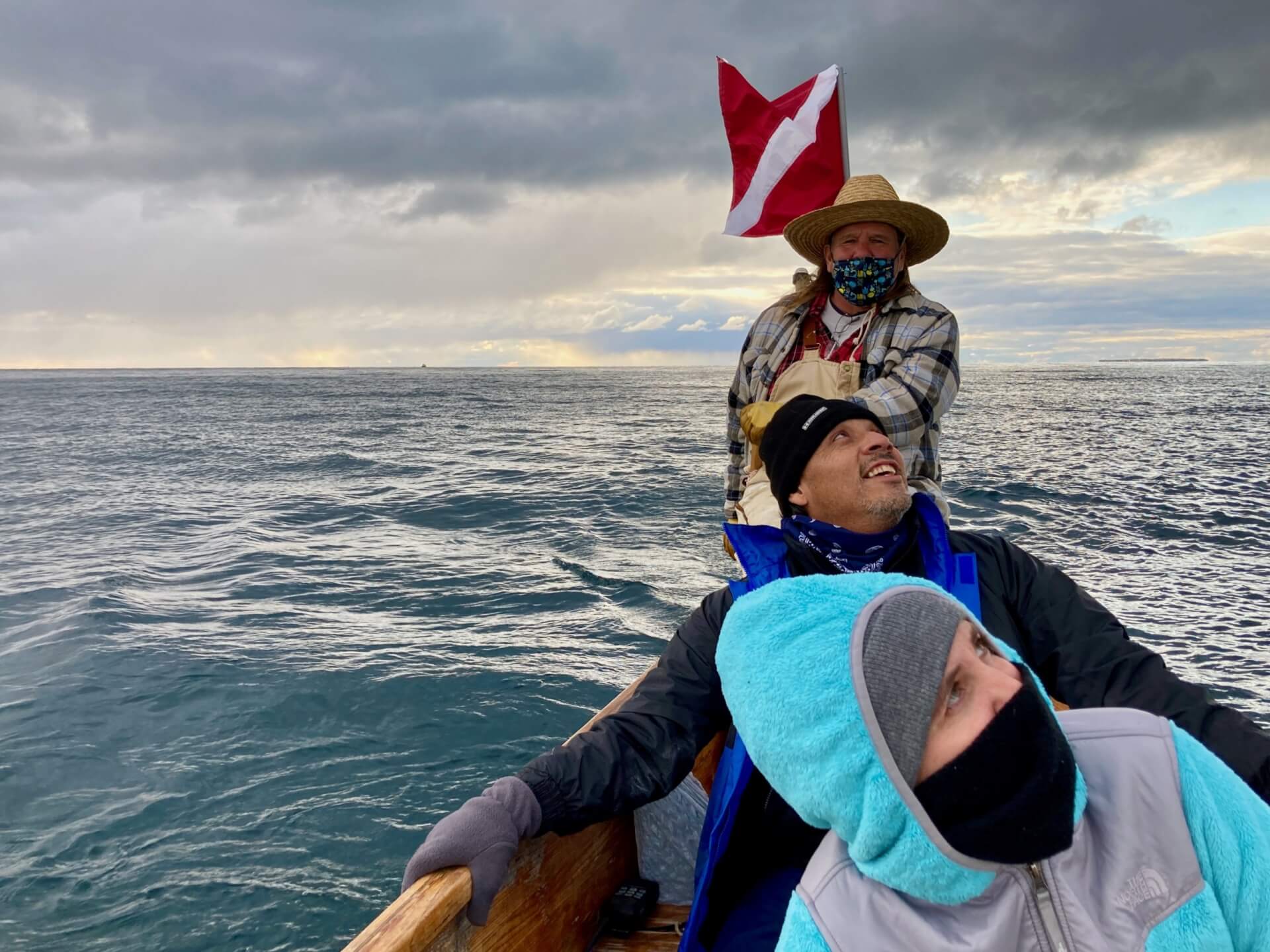 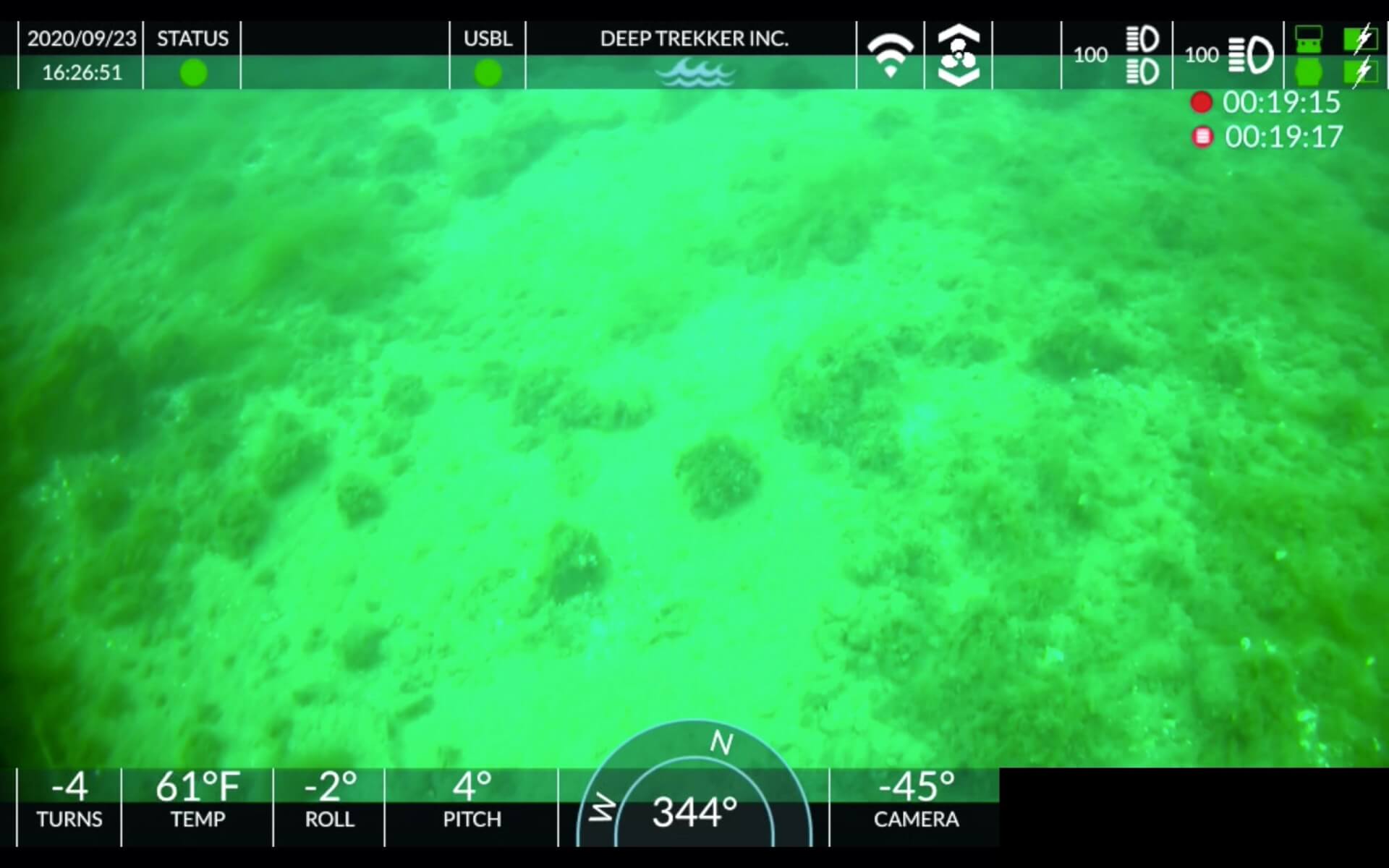 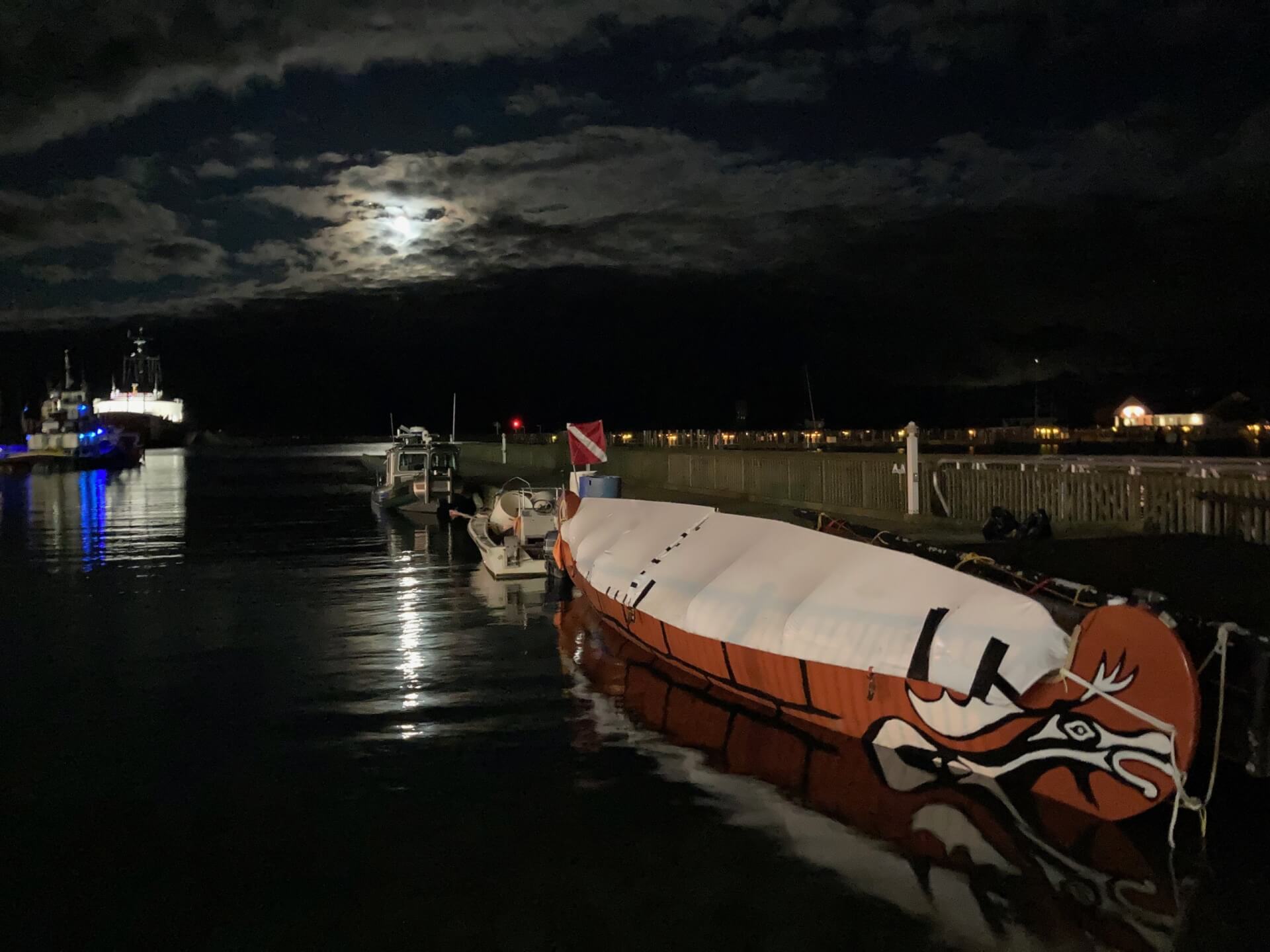 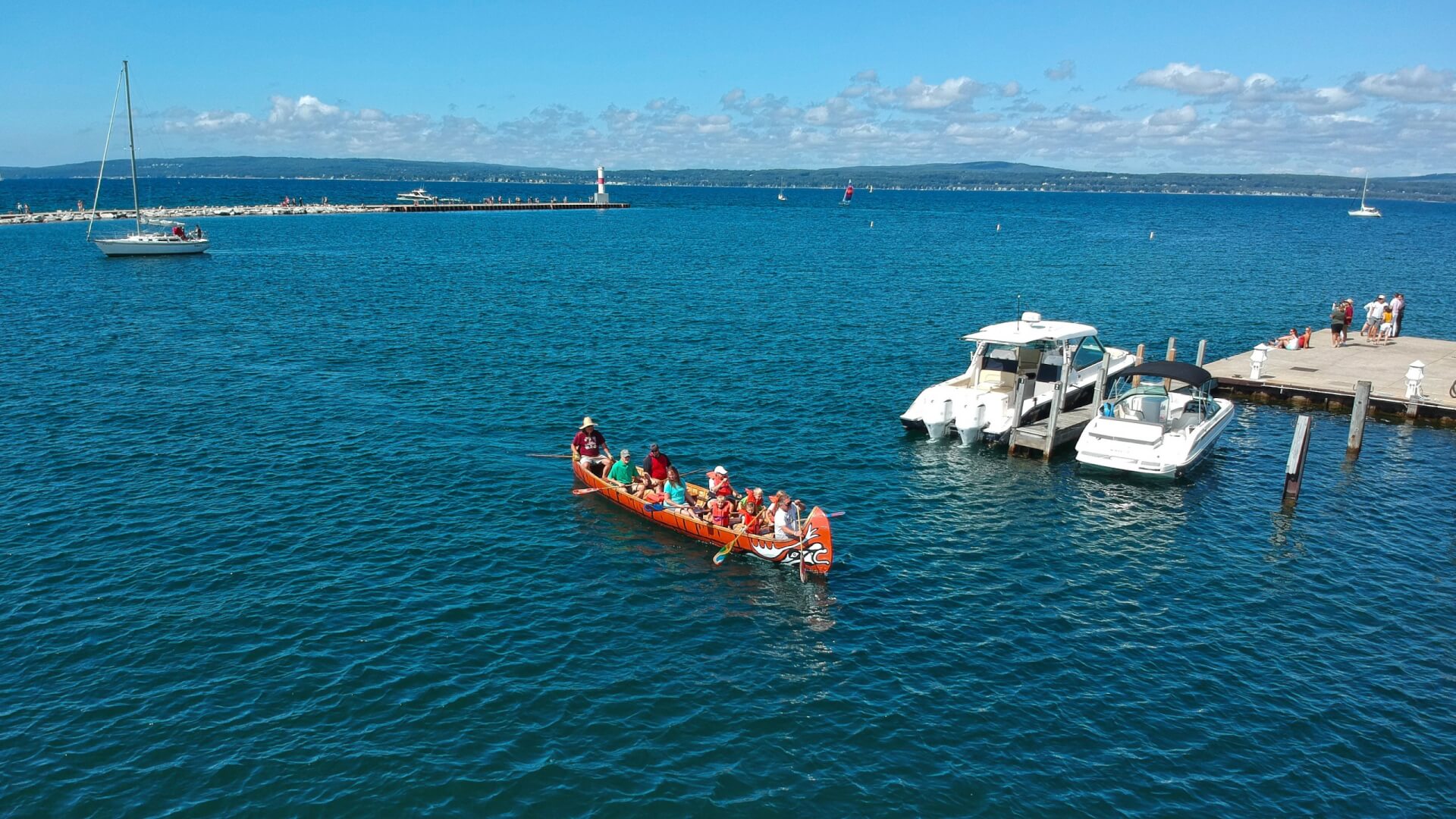 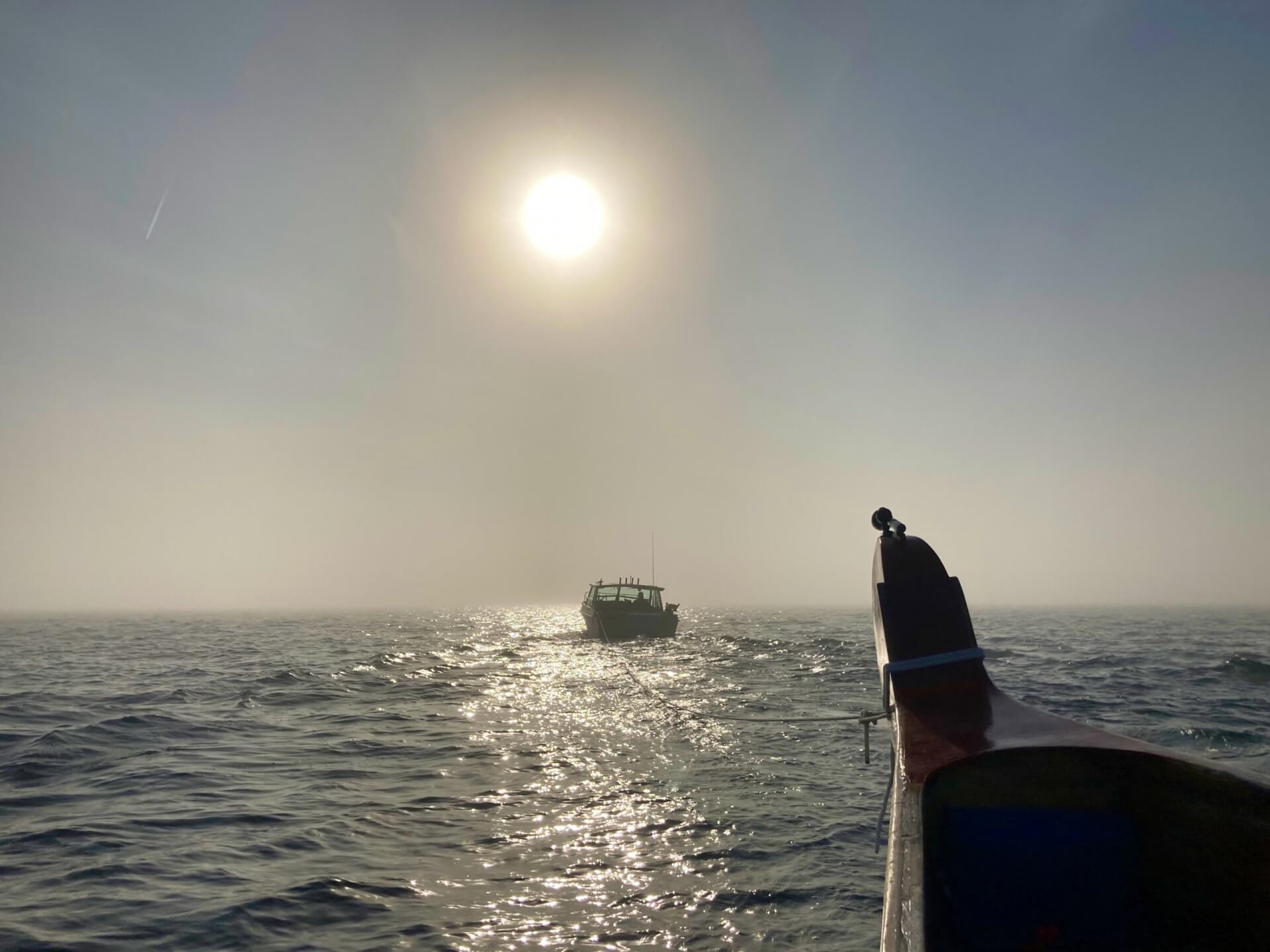 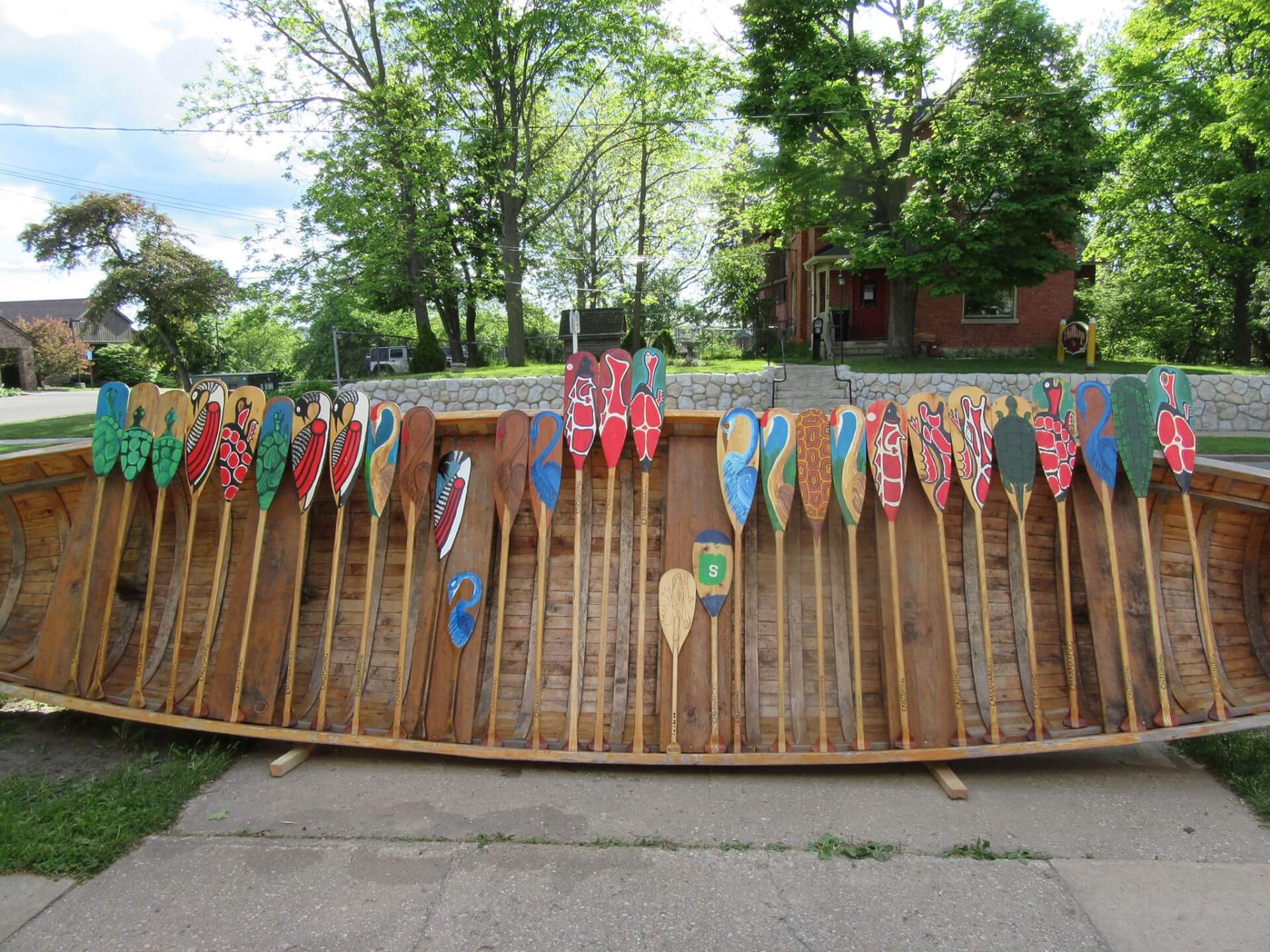 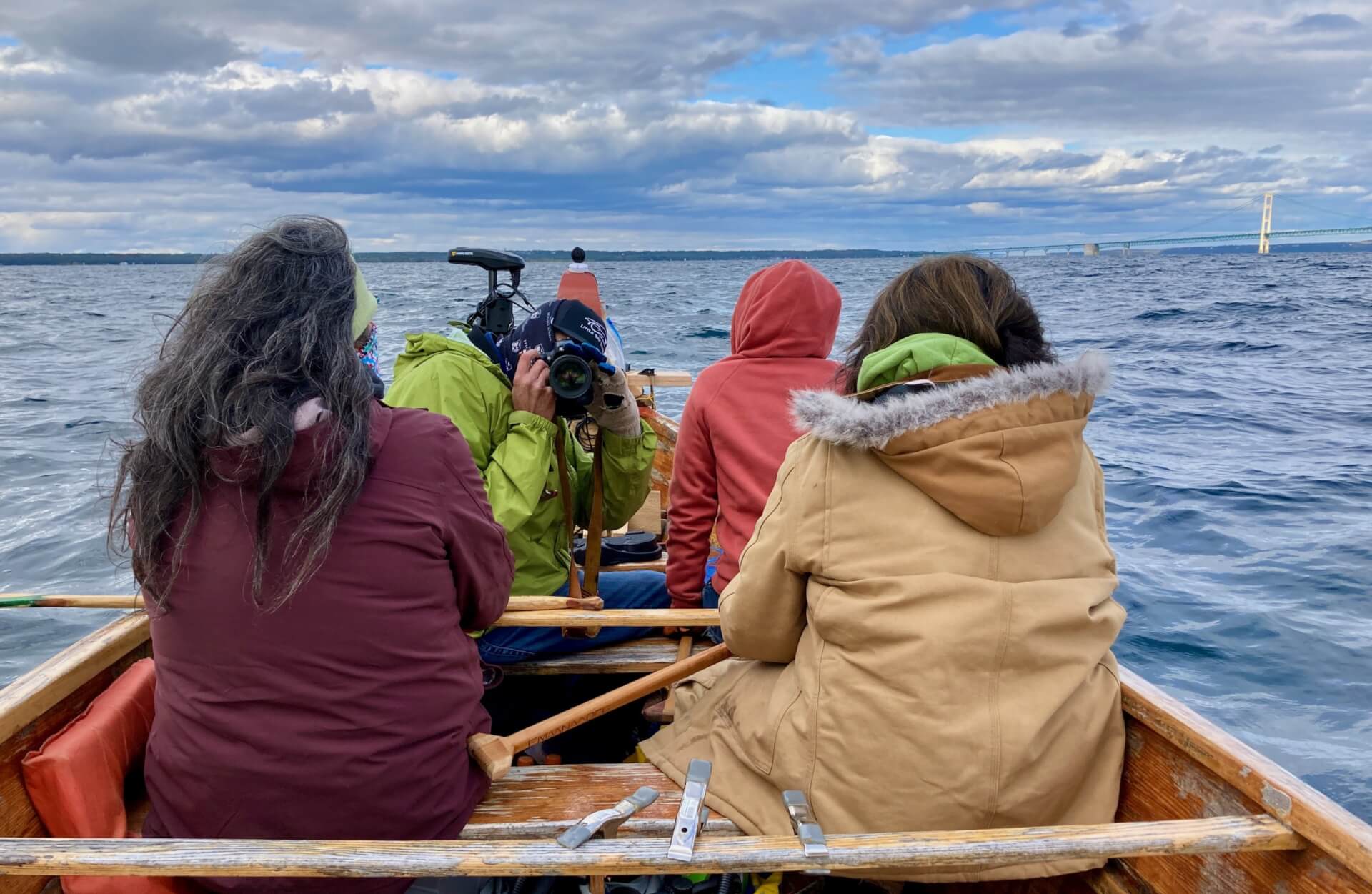 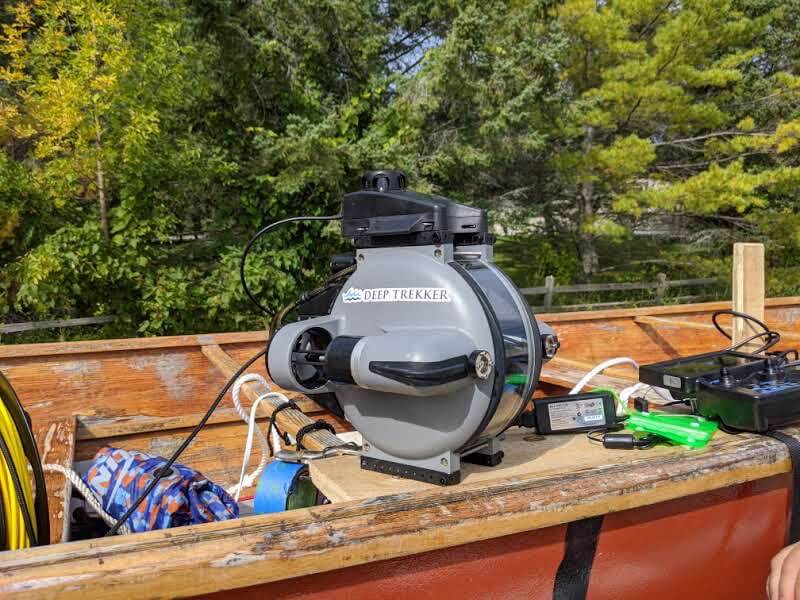 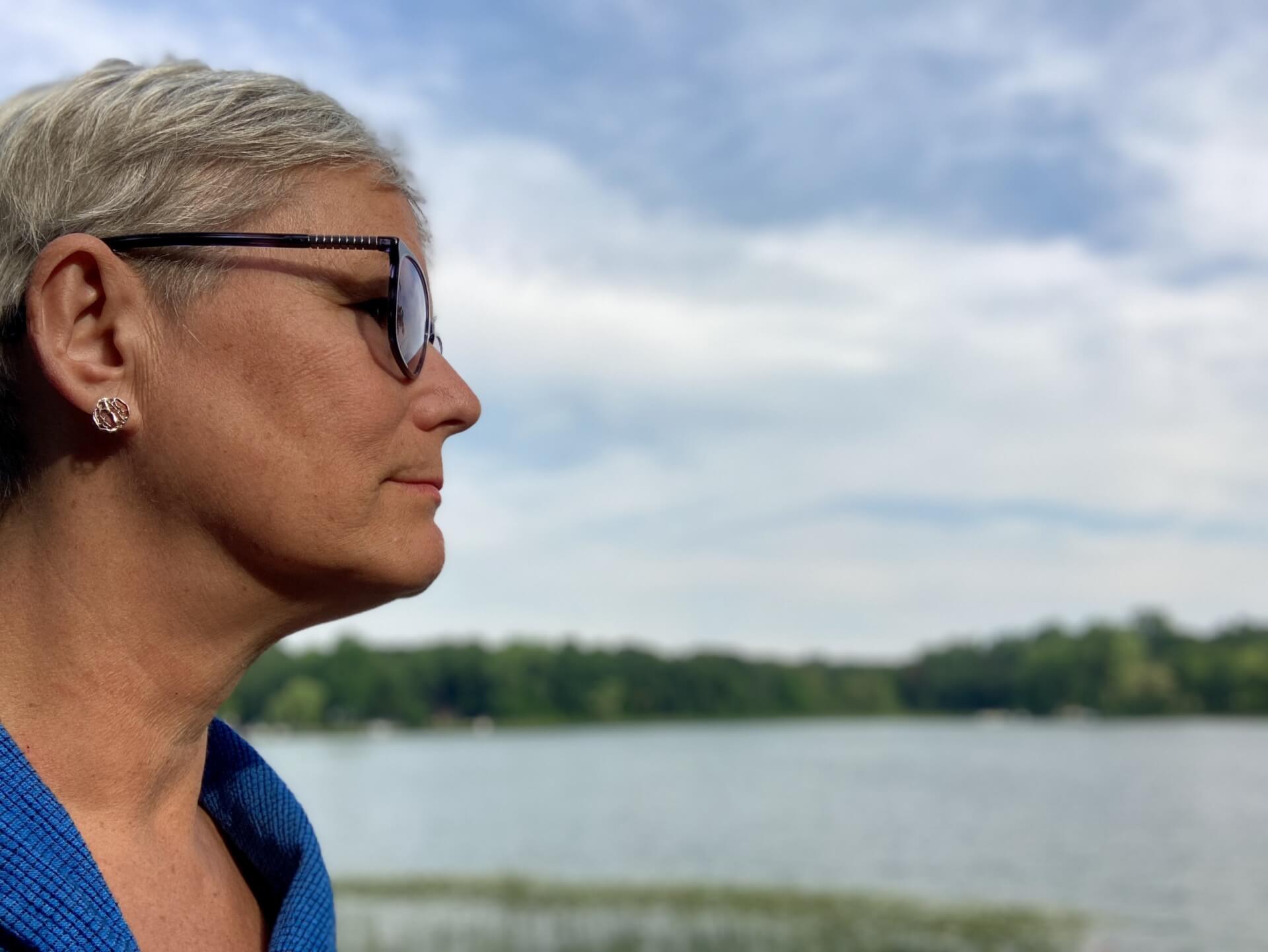 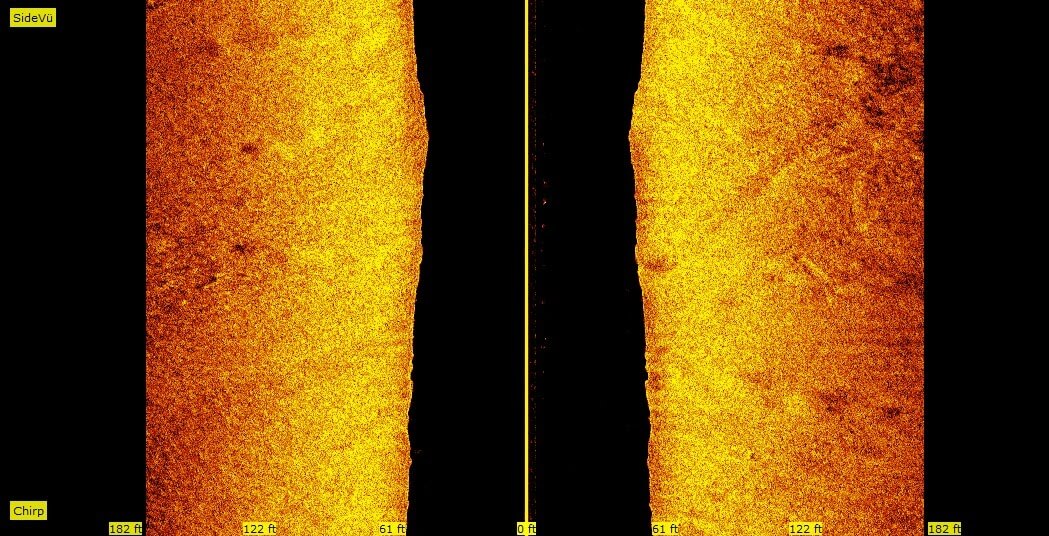 Side sonar scan of stone circle | Provided by Terri Wilkerson 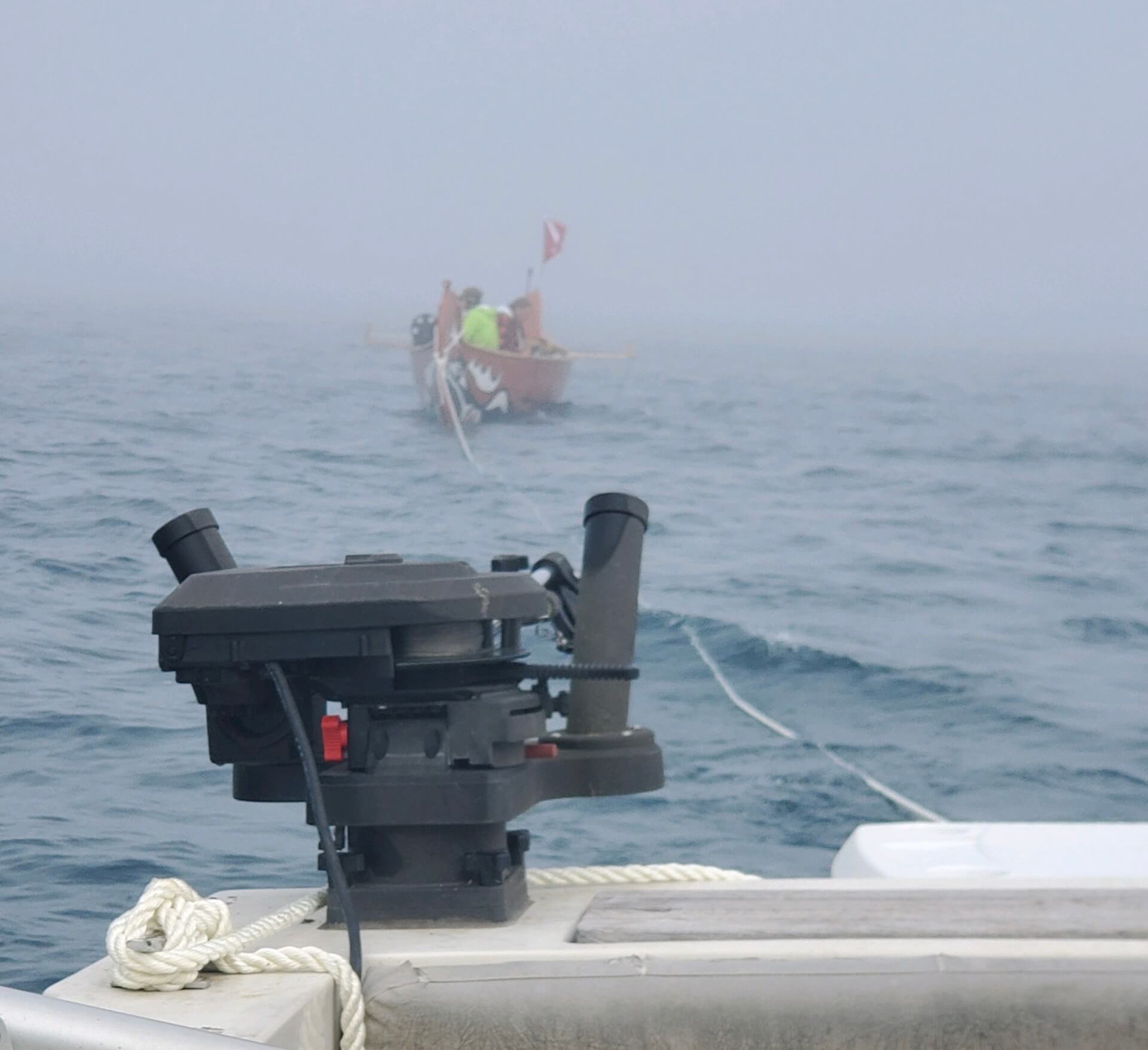 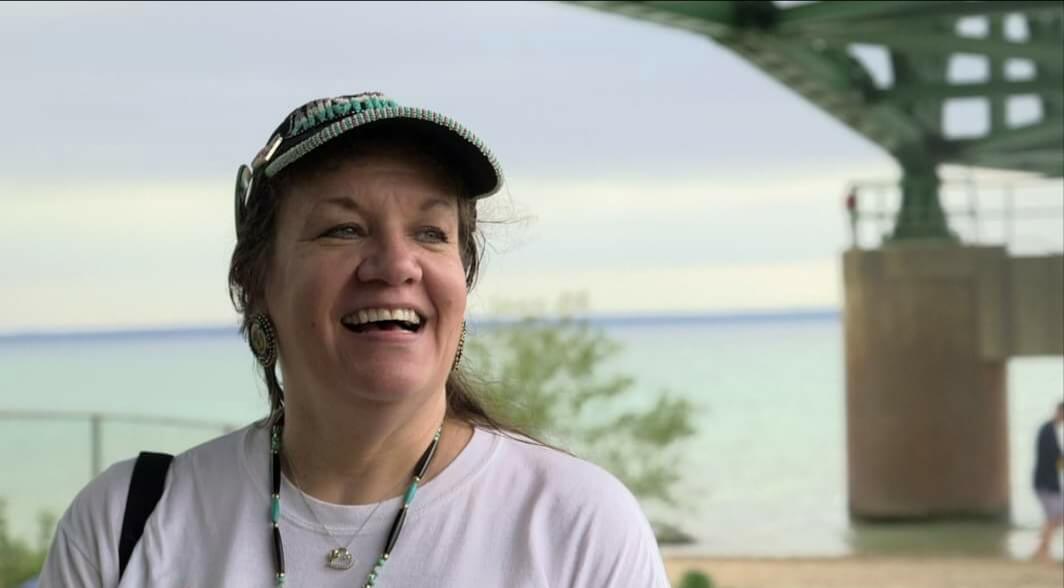 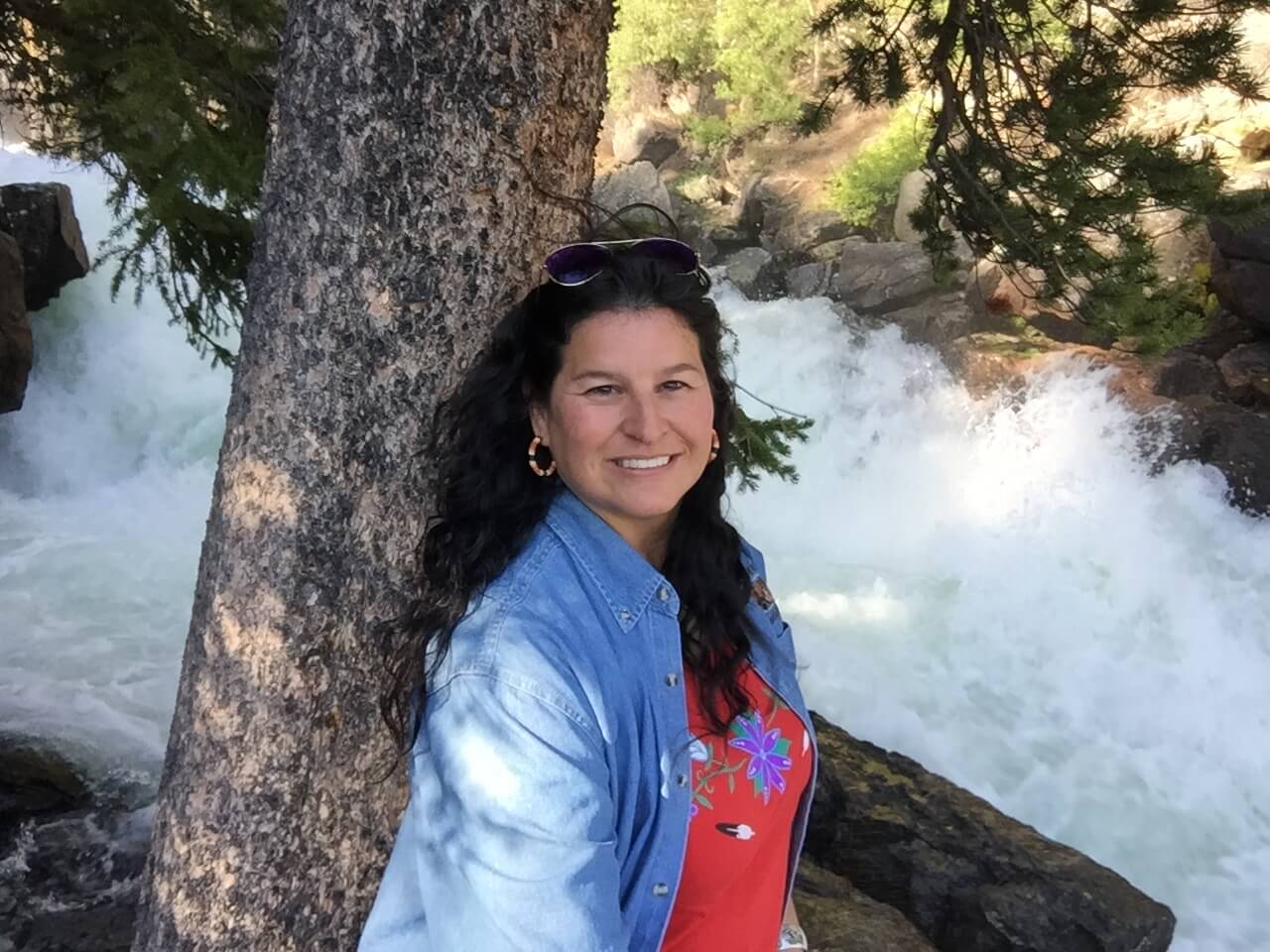 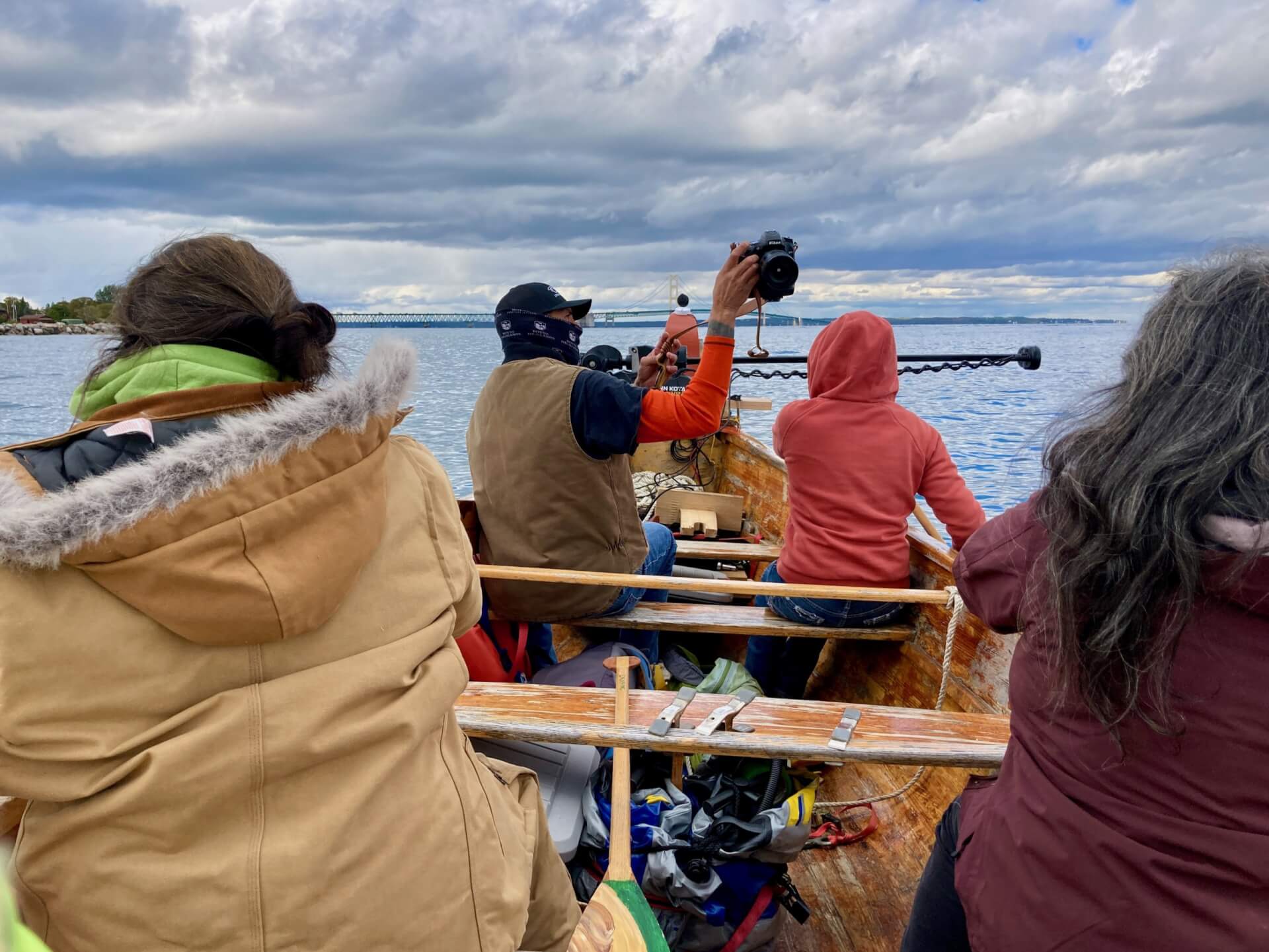 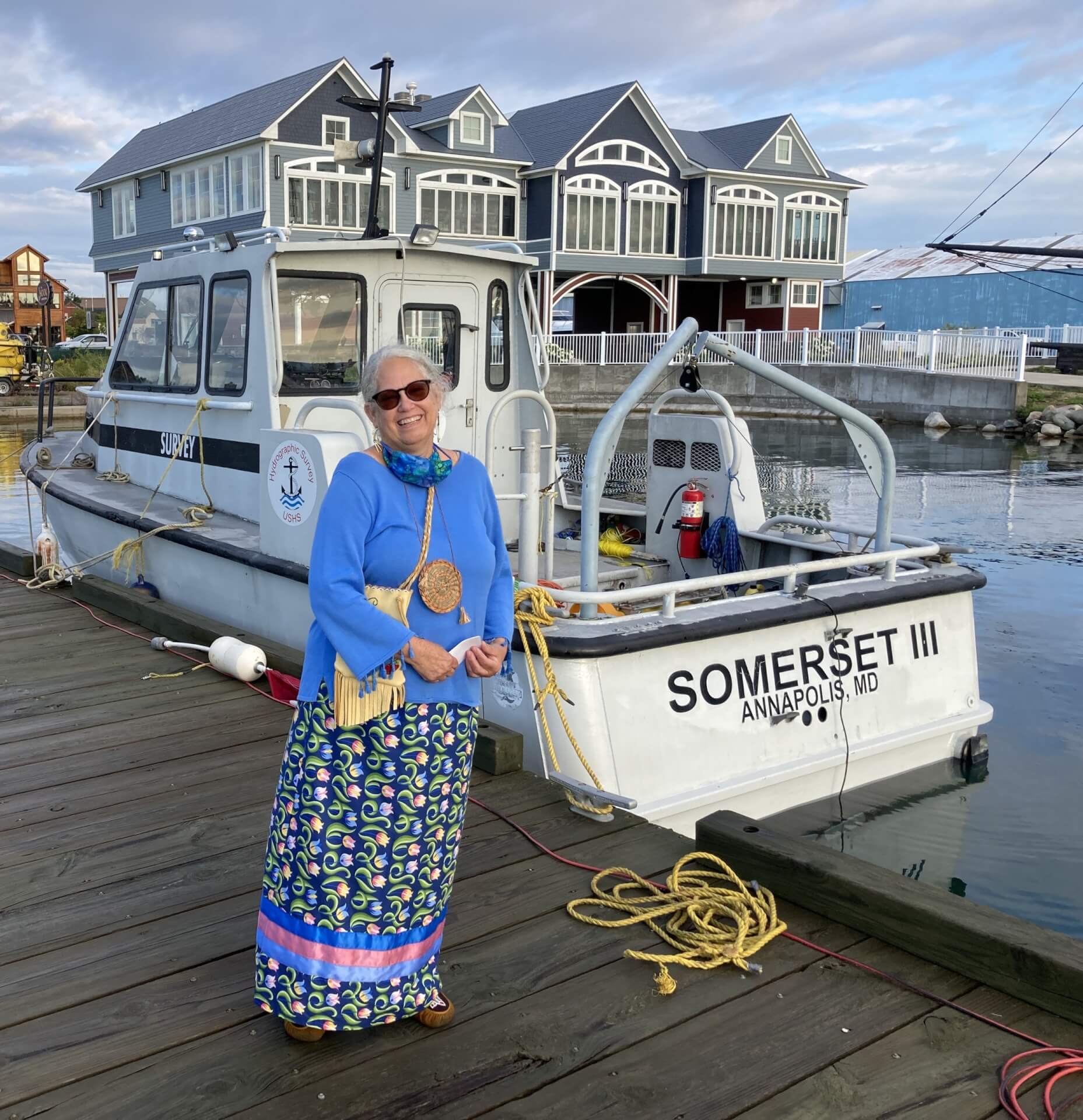 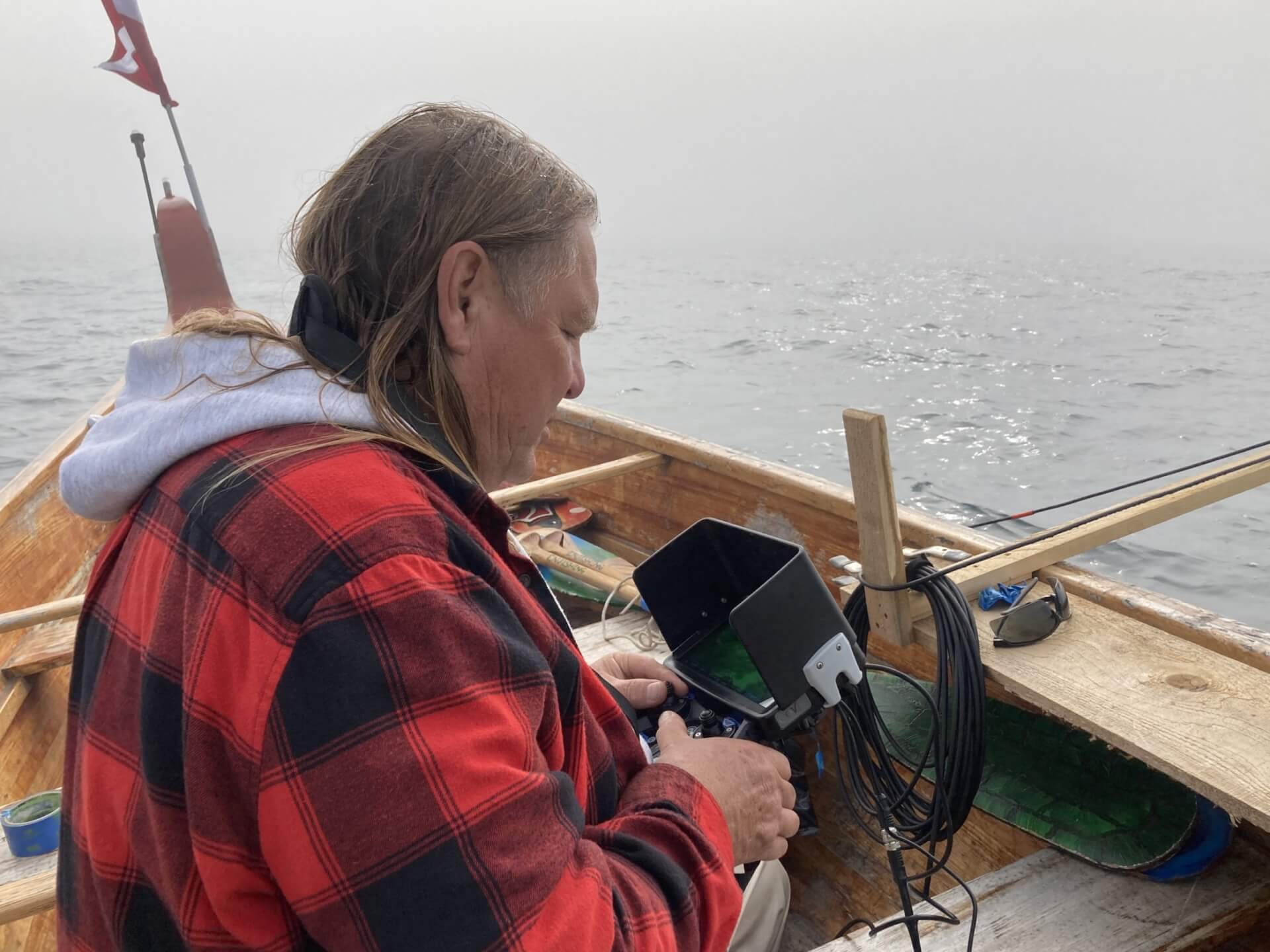 Side sonar scan of stone circle | Provided by Terri Wilkerson

That project to replace the 67-year-old Line 5 dual pipelines with a new tunnel-encased underwater pipeline will take several years of significant construction in the Straits to finish. Environmental advocates and tribal members have been vocal about their opposition to any iteration of a Line 5 oil pipeline existing in the Straits waters, which are protected by Indigenous treaty rights.

“Enbridge is committed to a process of identifying culturally and archeologically significant features in the Straits and protecting them as we advance the Great Lakes Tunnel Project,” Duffy said, noting that Enbridge conducted a side-scan sonar assessment in 2019 to map the lakebed and found “no submerged cultural resources” in that area.

Duffy said Enbridge does not know whether they assessed the same areas, but the company is open to sharing information with tribal governments and “learning more” about the Sept. 23 assessment.

“We would welcome the opportunity to meet and talk with this group,” Duffy said.