As state officials report that whites are about twice as likely as Blacks to be vaccinated for COVID-19 in Michigan, two cities with majority African-American populations are increasing their efforts to encourage more people to defend against coronavirus.

Dozens of people, mainly African Americans, lined up on Wednesday at Ernest T. Ford Recreation Center in Highland Park to get the vaccine. The Detroit Area Agency on Aging, a nonprofit advocacy organization, assisted by providing transportation for seniors.

Senior Coordinator Sharmaine Robinson said residents in her city that borders Detroit have been eager to be vaccinated.

Shaw received her first shot on Wednesday. She is scheduled for a second dose on March 17.

In Detroit, area residents age 55 or older now can be vaccinated at the TCF Center if they schedule an appointment with a city resident age 60 or older with an underlying medical condition or any Detroiter age 65 or older. The announcement is the city’s latest move to reach its most vulnerable populations. Mayor Mike Duggan also announced an expansion of its Senior Saturdays initiative. It includes two additional sites starting this weekend, one in Southwest Detroit and the other on the east side.

“We want to make sure we are using every opportunity we have to get our most vulnerable residents vaccinated, especially our senior citizens,” Duggan said.

As of Thursday, Detroit had administered 81,338 doses, nearly half of them to senior citizens age 65 and older and city residents age 60 and older if they reported a chronic illness. Vaccinations will take place from 9 a.m. to 1 p.m. at four locations: 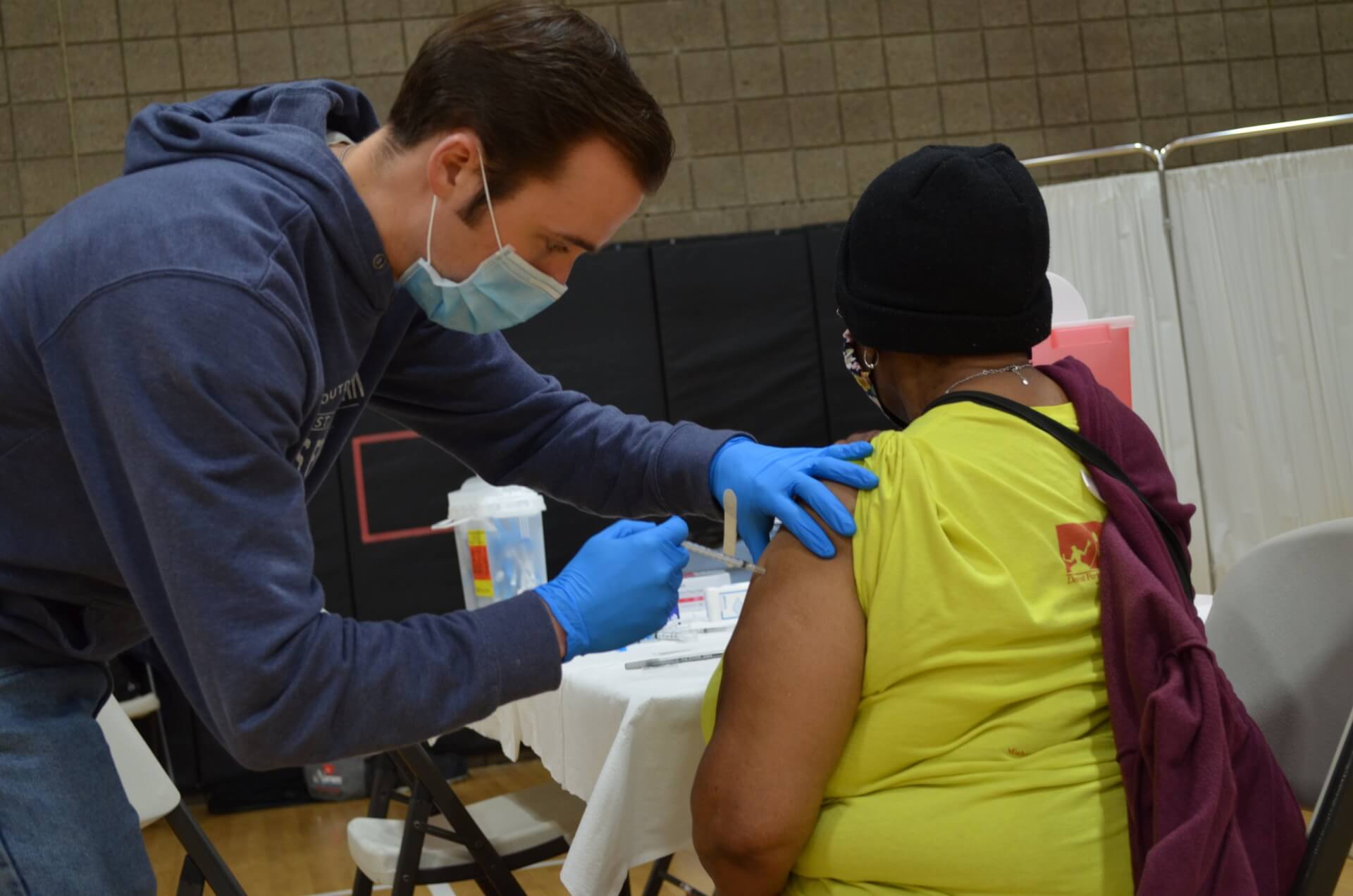 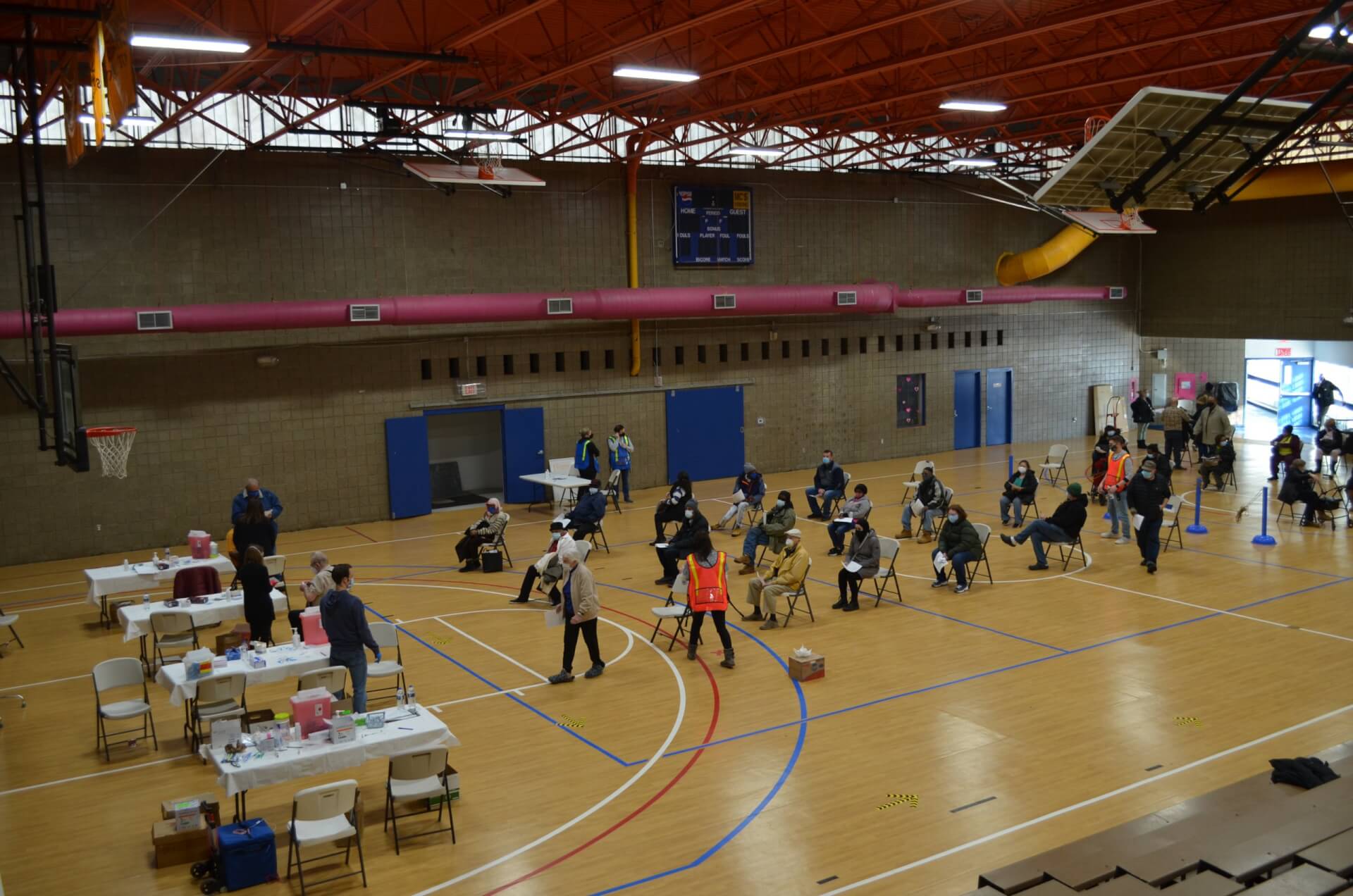 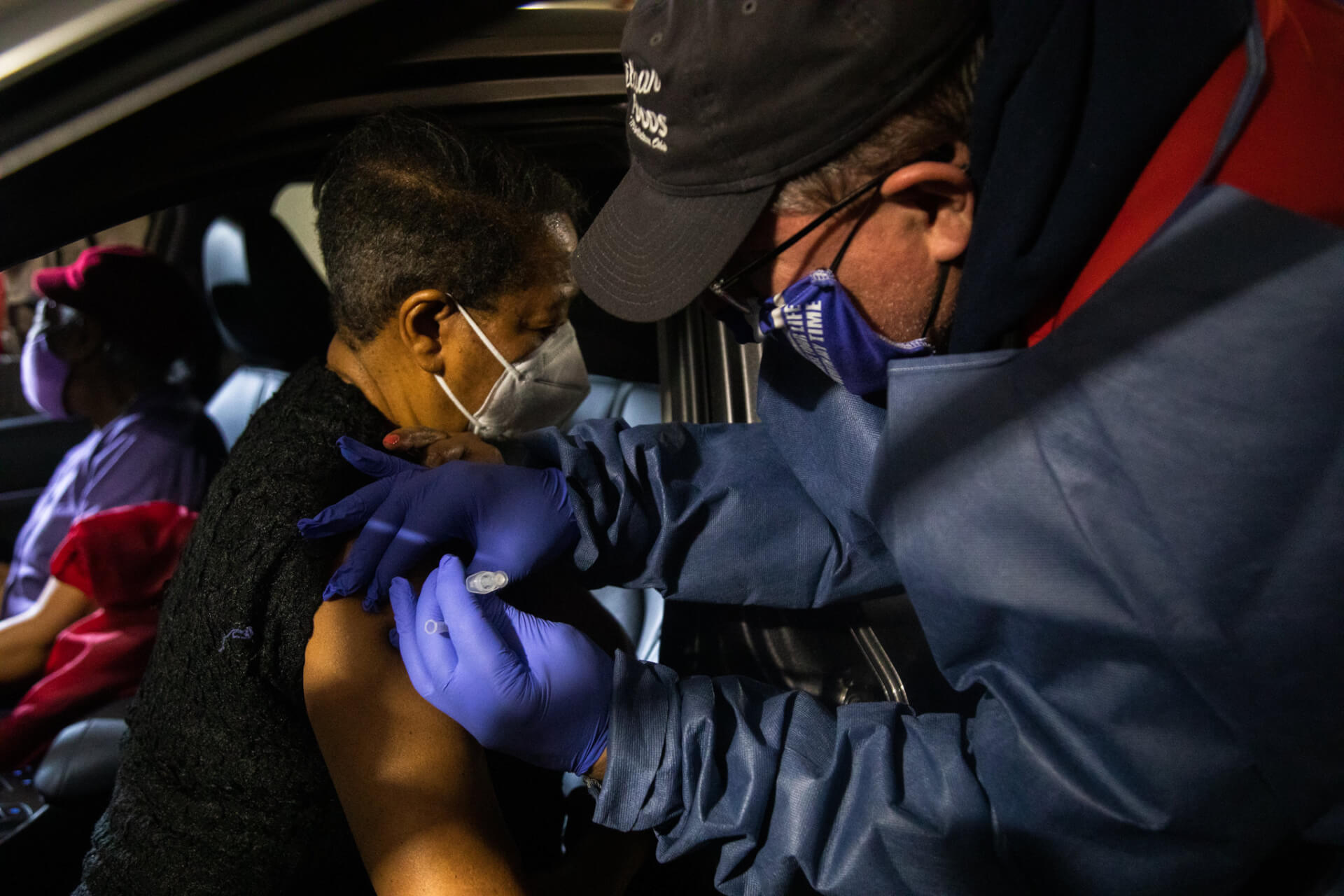 A COVID-19 vaccine is administered at the TCF Center in Detroit. 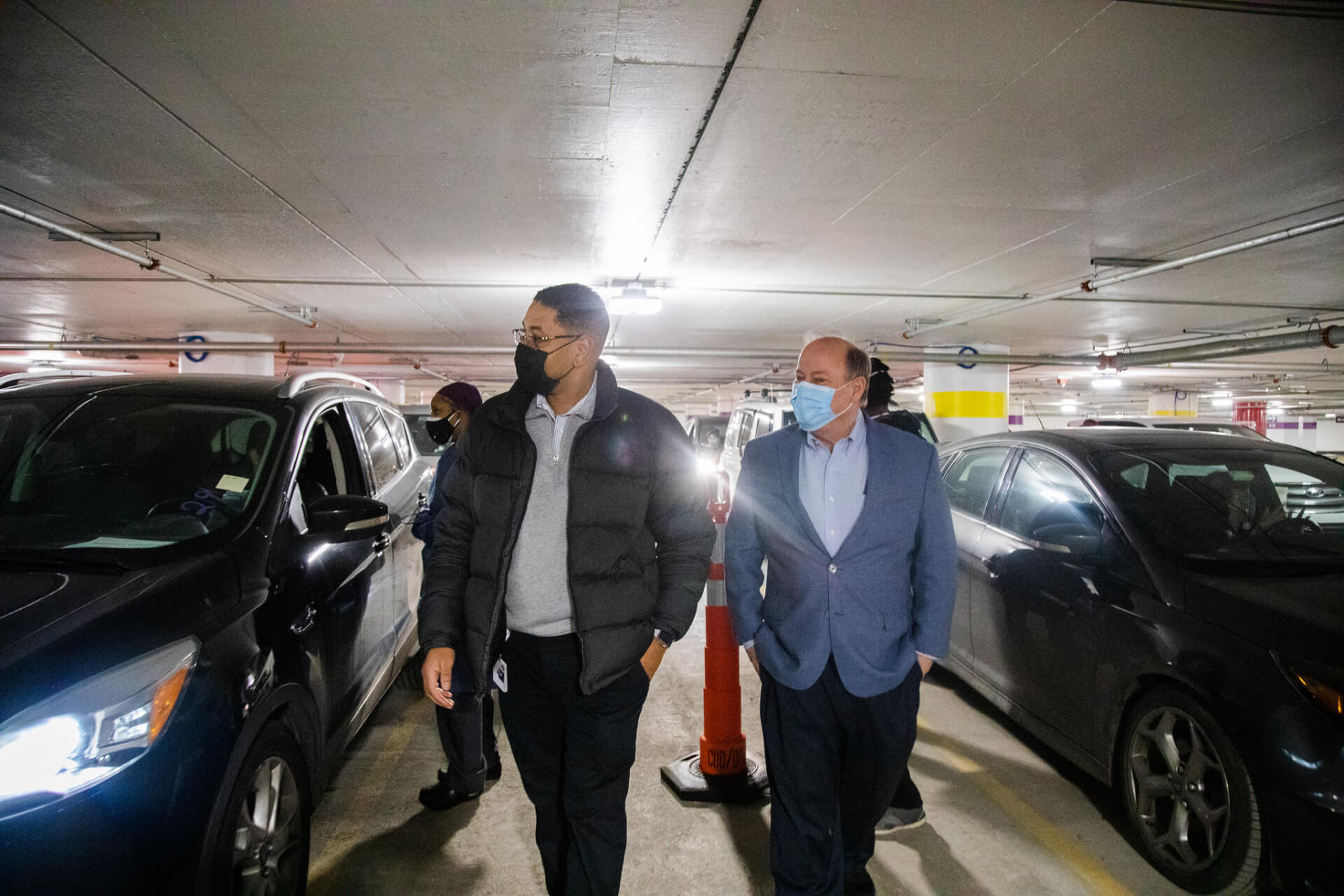 Duggan said Wednesday that he is concerned that some city residents, mainly African-American seniors, are not getting inoculated. He cited the lack of accurate information, ability to get to sites, and a traditional apprehension among Blacks when it comes to federal government testing.

Some of that centers on the dubious history of Black men in the South being immunized for syphilis, a federal government-sponsored secret experiment. The “Tuskegee Study of Untreated Syphilis in the Negro Male” conducted between 1932 and 1972 was supposed to examine the progression of the deadly venereal disease. The infamous study that has come to be called the Tuskegee Experiment initially involved 600 Black men, 399 with syphilis and 201 who did not have the disease, according to the U.S. Centers for Disease Control and Prevention (CDC). Some of them thought they were being treated for rheumatism or bad stomachs. They were promised free meals, free physicals and free burial insurance.

The United States Public Health Service and the CDC revealed the life expectancy for Black men in the Tuskegee area, overall, decreased by 1.5 years. It accounted for 35% of the life expectancy gap between Black men and white men in 1980, the study concluded. The closer men lived to Macon, Ala., the site of the study, the more likely they were to be affected.

Jamon Jordan, a Detroit-based educator and historian, said he is currently opposed to taking the vaccine. His mother, Jacquelynne Jordan, contracted COVID-19 and died last year. Jordan said because of “the history of federal government oppression of Black people,” the quick timing of the vaccine launch, and the fact that it came during former President Donald Trump’s administration, which downplayed the effects of COVID-19 for many months, he is skeptical.

“At some point we hope that we are confident enough to take a vaccine,” Jordan said about his family.

In December, the U.S. Food and Drug Administration granted emergency use authorization for the Pfizer and Moderna COVID-19 vaccines. They were tested in large clinical trials that included tens of thousands of people and three phases of development. State and federal health officials have attested to the vaccines’ safety and have urged everyone to get inoculated when they are eligible as a key way to stop the spread of COVID.

Detroit is 79% African American. Duggan has proposed a $400,000 media campaign to help attract more city residents to take the vaccine. The Detroit City Council, however, rejected the city-funded appropriation on Tuesday. Some members questioned the effectiveness of the city’s effort to reach residents.

“I am concerned with spending these dollars on this service when it appears current messaging is effective,” said City Council President Brenda Jones, an African-American woman who had COVID-19 last spring, who voted to reject the measure.

Michigan’s state parks have needed repairs for years. Then… by Marla R. Miller December 11, 2021
In wake of Lyoya’s death, a reckoning with Grand Rapids’… by Anna Gustafson May 7, 2022
How barrier-breaker Jackie Robinson left his mark on Detroit by Ken Coleman April 15, 2022