The Michigan Senate passed on Tuesday a new $2.3 billion supplemental funding bill for COVID-19 relief that also contains what Democrats referred to as a “political poison pill.”

Last week, the Senate passed a smaller $727 million plan, Senate Bill 114. In December, Congress passed another $5.6 billion in COVID relief that has not been spent.

Should Democratic Gov. Gretchen Whitmer sign House Bill 4047, which passed the chamber Tuesday, $347.3 million of the funds allocated for COVID-19 testing would not be released unless Whitmer also signed Senate Bill 1 — a Republican measure that would revoke the Michigan Department of Health and Human Services’ powers to extend epidemic orders beyond 28 days without legislative approval.

The Whitmer administration’s actions to contain the pandemic through emergency orders have been a sore spot for GOP lawmakers since COVID-19 first hit the state last March. Republicans have repeatedly sought to give the legislative branch the final say in public health decisions and claim that Whitmer’s administration is abusing its powers.

Spokespeople for Whitmer did not immediately return a request for comment on the House supplemental bill or answer whether a deal had been reached between the governor and the GOP-controlled Legislature.

State Sen. Jeff Irwin (D-Ann Arbor) offered an amendment to HB 4047 that would have removed the requirement for Whitmer to also sign SB 1. It was defeated by the GOP majority.

“This budget bill provides critical funding for our residents. … But embedded in the bill is a political poison pill, meant to spark a veto and continue the political fight with a governor that seems so useful to the [GOP] majority and that I can’t seem to understand,” Irwin said.

HB 4047 also contains a requirement requiring Michiganders receiving a vaccine to be notified if fetal tissue or embryonic stem cells were used in the vaccine’s development. The measure, which is backed by Right to Life of Michigan, was also included in previous supplementals passed by both chambers.

Notably, HB 4047 ended up passing 31-1 without a controversial conservative measure that had been the focus of debate last week. The language pushed by state Sens. Tom Barrett (R-Potterville) and Jim Runestad (R-White Lake) would have prohibited DHHS from using the Social Vulnerability Index (SVI) while distributing vaccines — a decades-old index that is nationally recognized for helping resources go to the most vulnerable residents.

Barrett and Runestad argued again Tuesday that using the SVI, which accounts for factors like race and income, is “antiquated” and “unfairly” funnels more vaccines to Detroit, a city with an African-American majority population that was the hardest hit by coronavirus last spring. 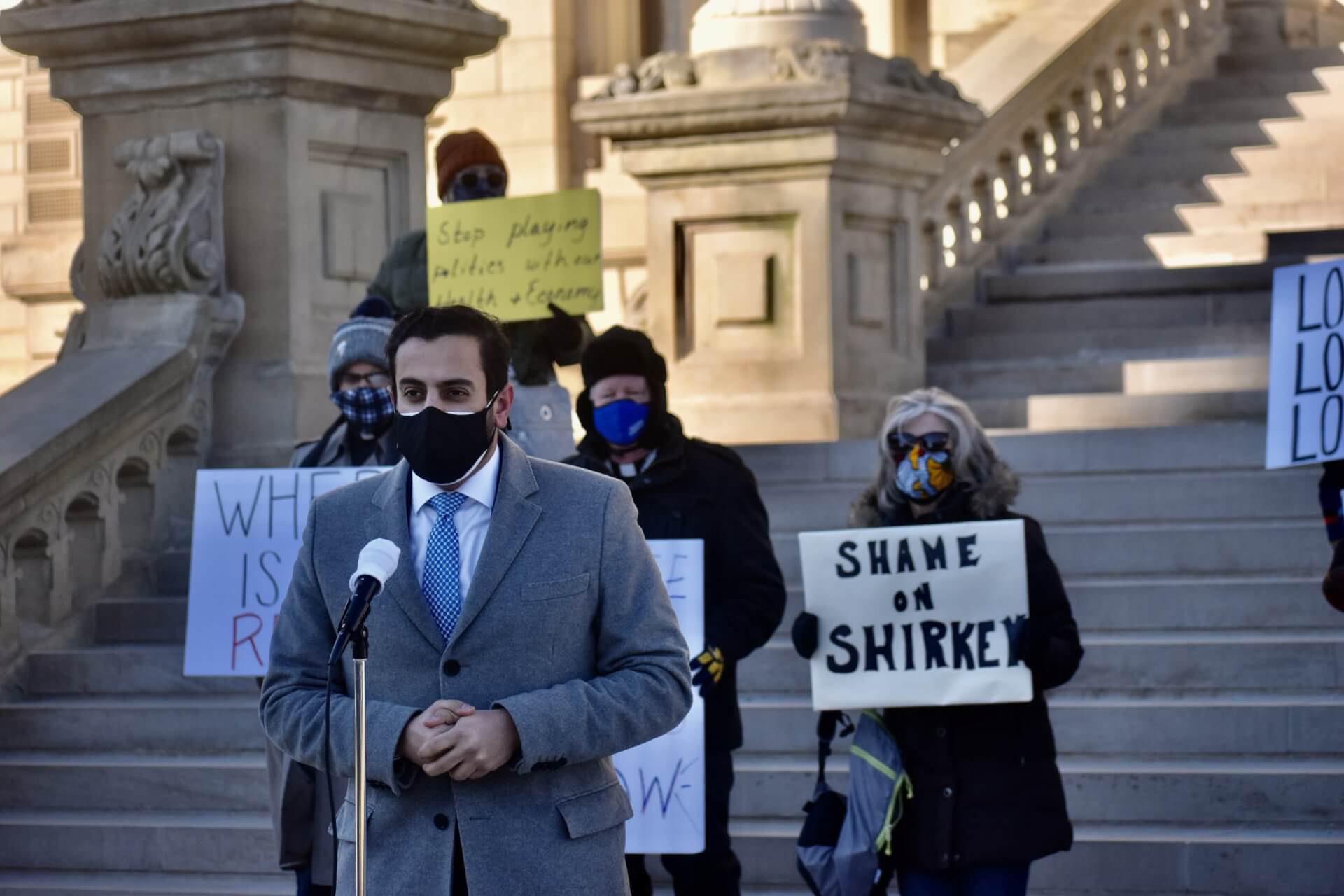 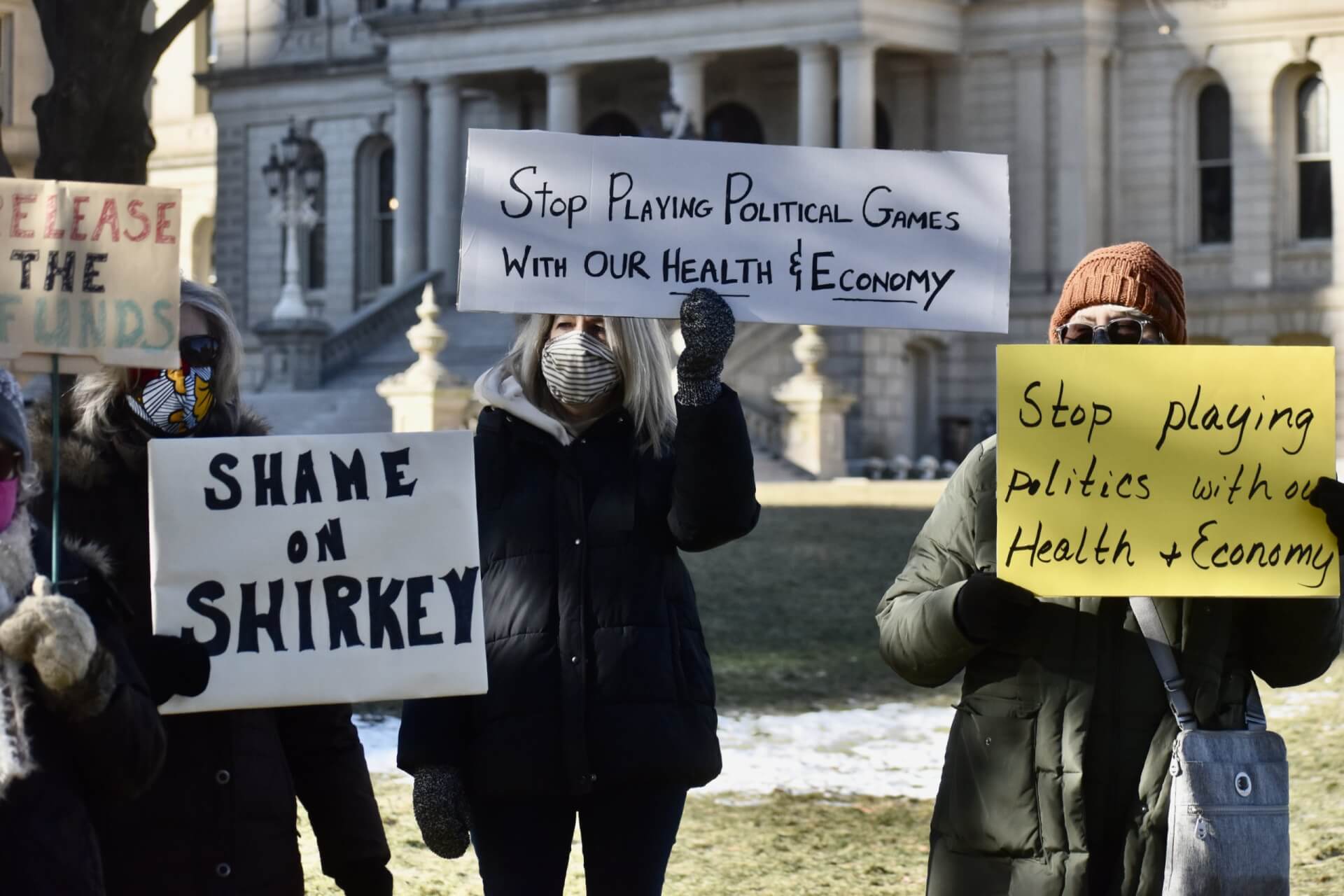 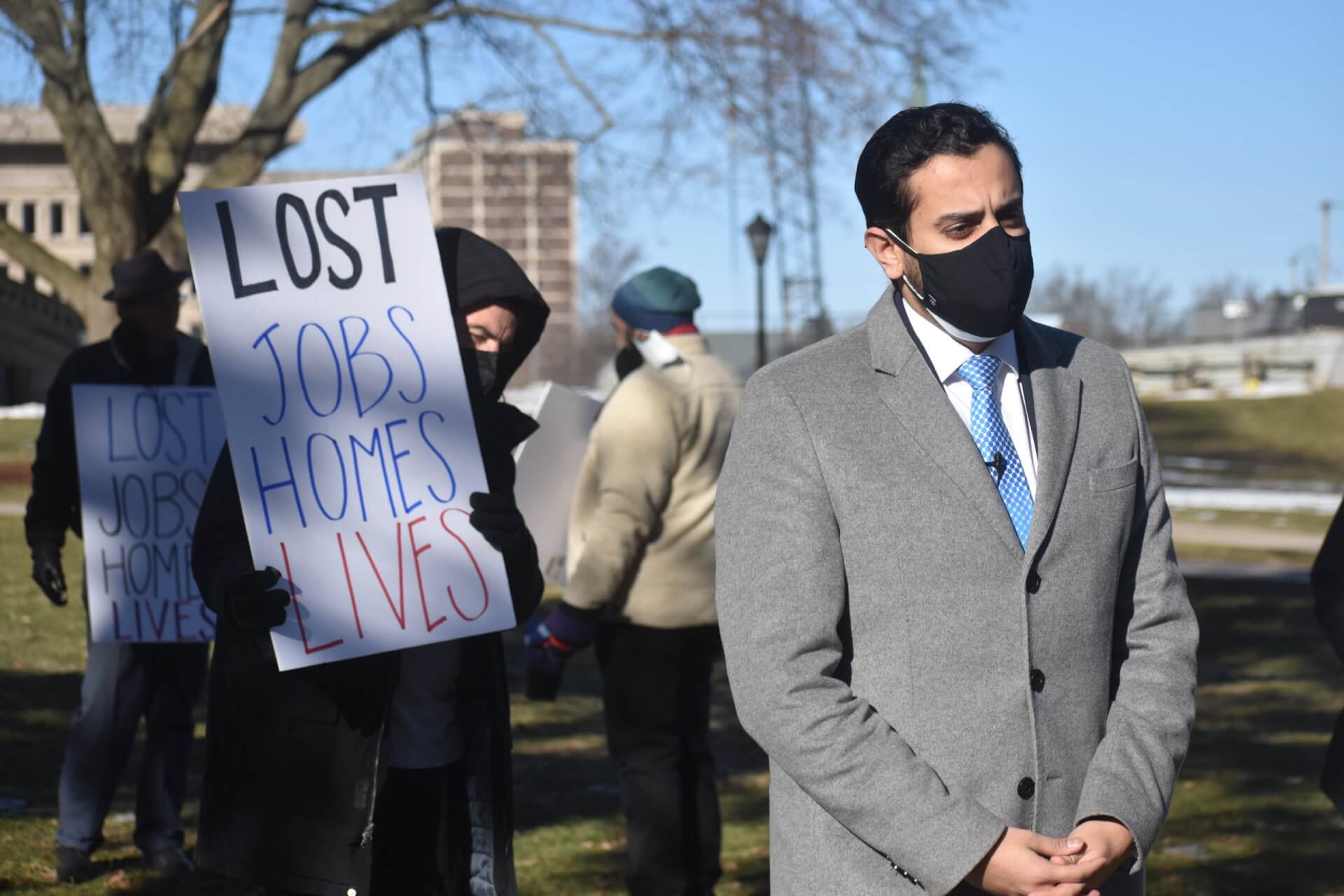 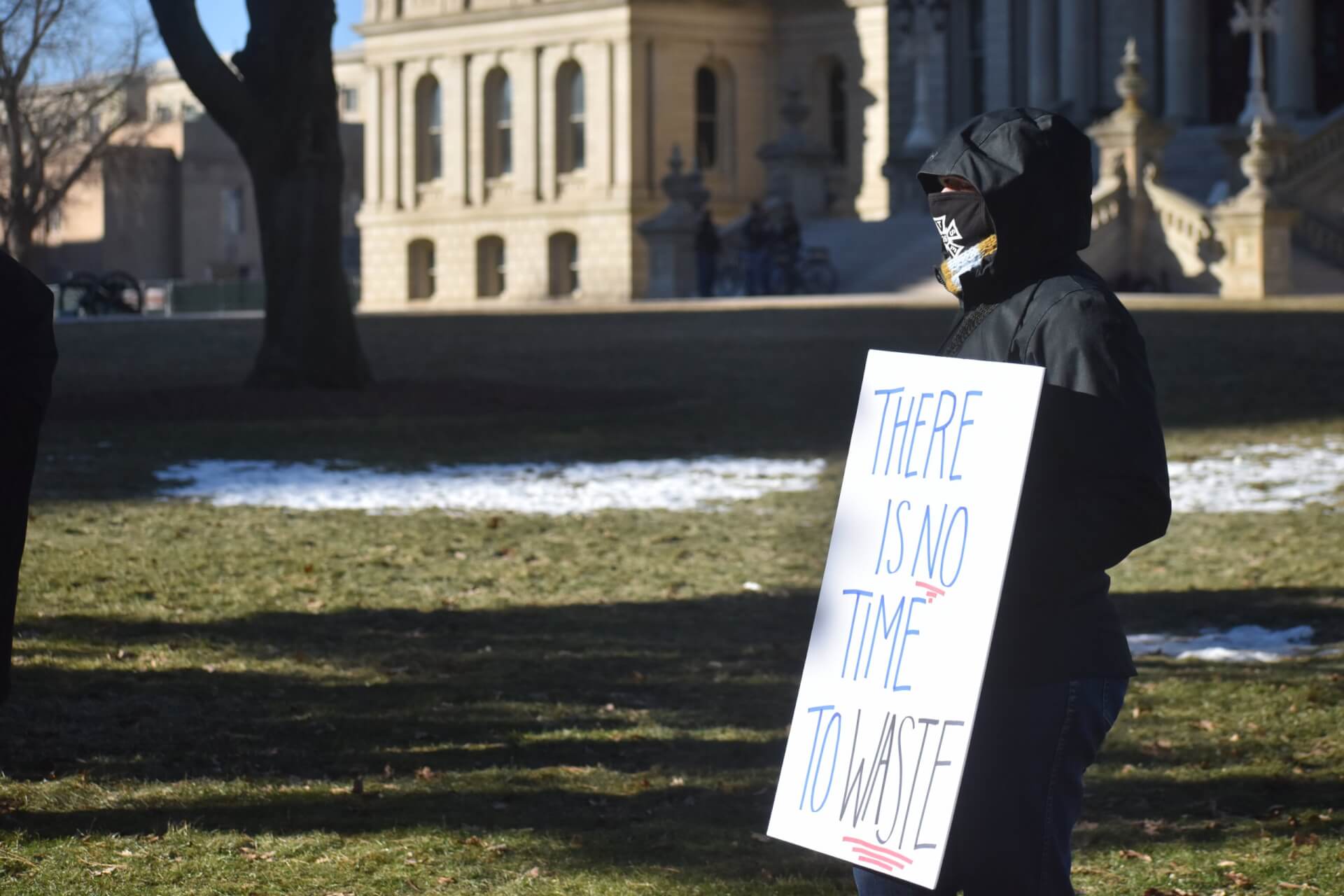 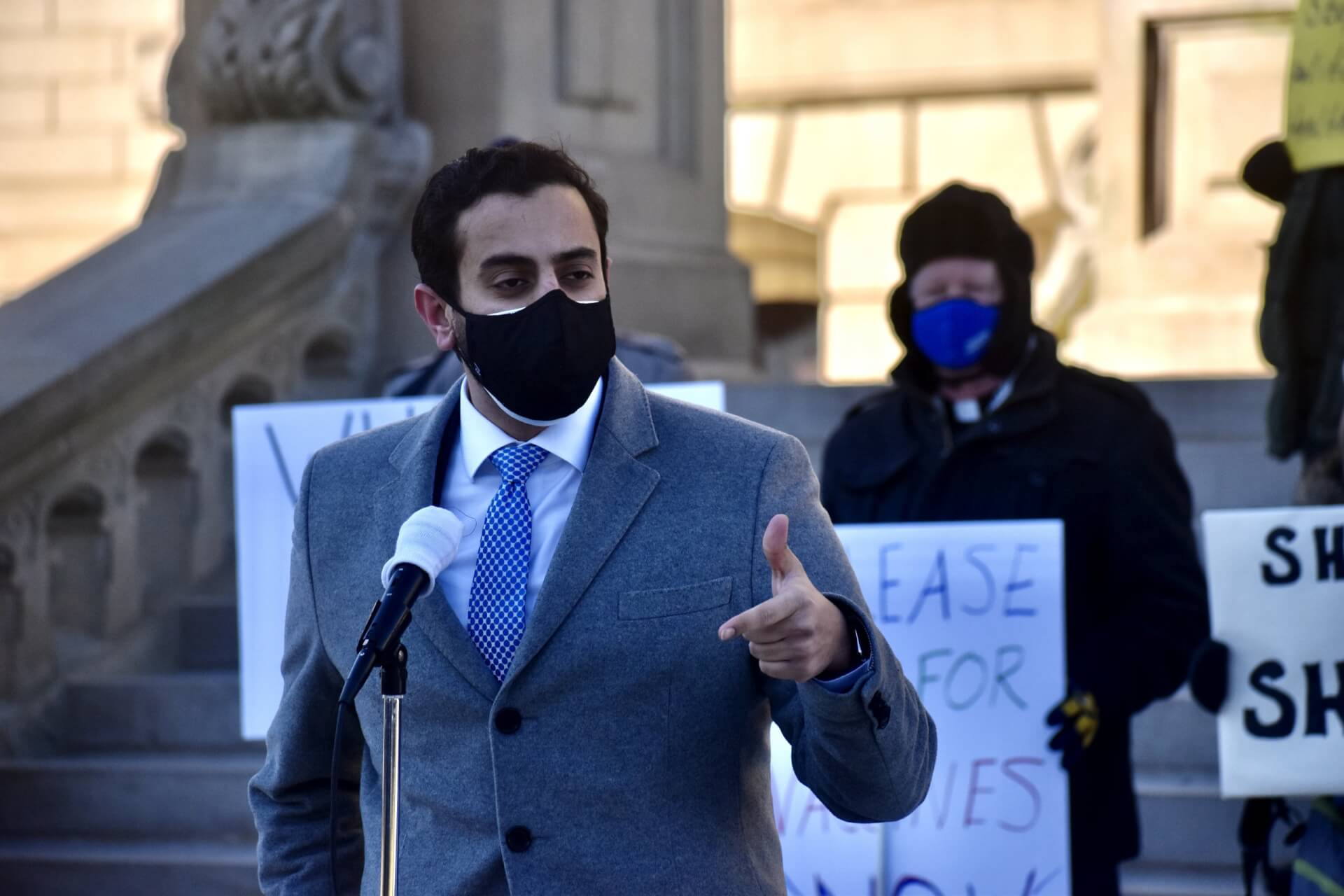 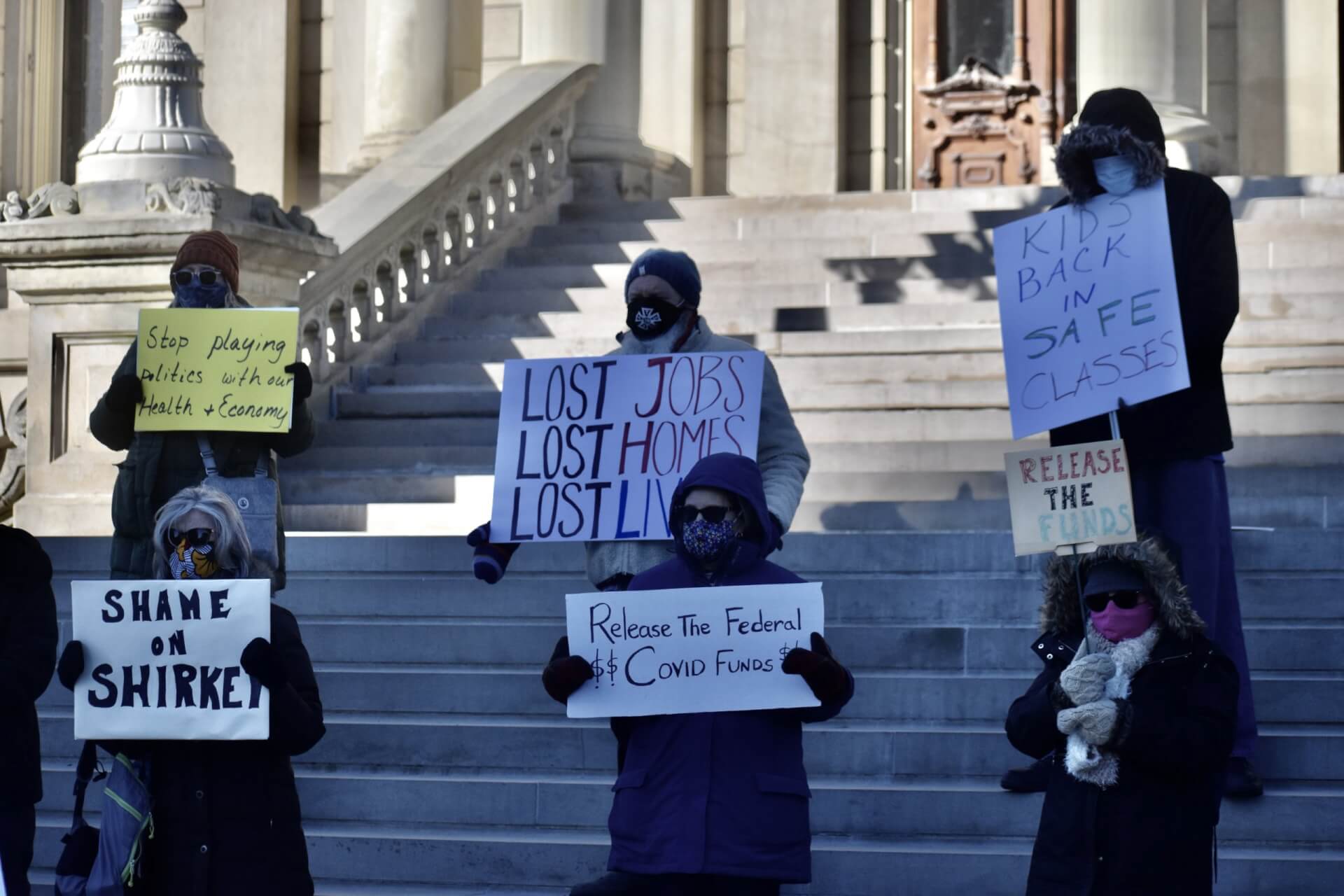 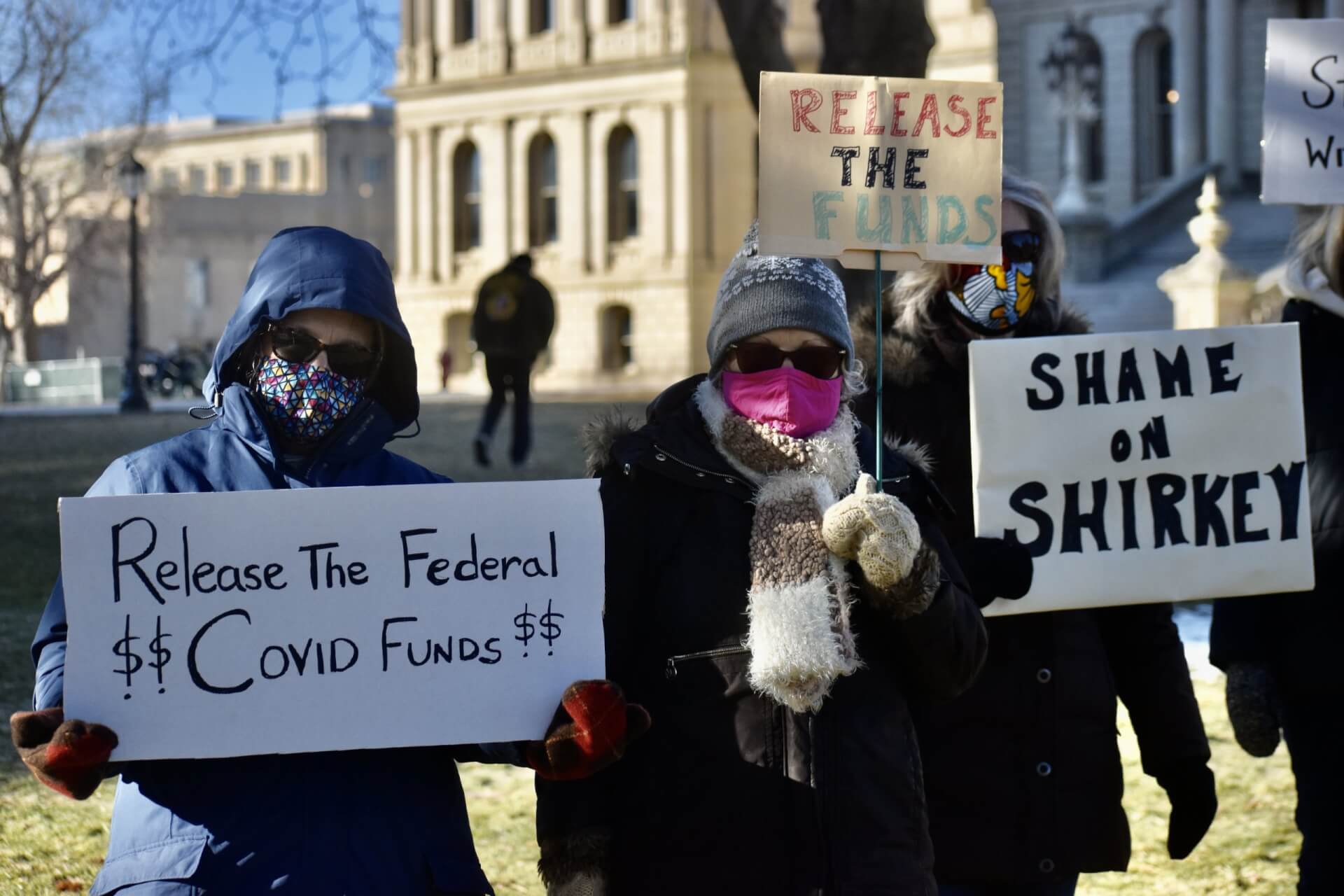 Barrett was the lone no-vote in the Senate Tuesday on HB 4047. His office did not immediately respond to an inquiry about whether the SVI requirement’s removal was the reason for his opposition.

Though still $1.3 billion short of what the House Democrats had proposed, the bill adopted by the Senate Tuesday contains significantly more than their previous plan of $727 million that had been passed Thursday.

“In addition to nixing the SVI language, in the negotiating process we were also able to secure $600M in food assistance, additional funding for testing, and saved certain critical jobs that were previously cut, including 39 MIOSHA [Michigan Occupational Safety and Health Administration] employees,” said Rosie Jones, a spokesperson for Senate Minority Leader Jim Ananich (D-Flint).

The plan still does include GOP priorities like doling out federal funding in quarterly pieces. Democrats have repeatedly criticized Republicans for waiting so long to pass a relief bill, then only wanting to spend a portion of the money available and not putting it all to use at once.

During a press conference Tuesday, Gov. Gretchen Whitmer said “time is running out” to allocate the relief funds.

“We need the Legislature to pass the COVID recovery plan. Right now, those billions of dollars are gathering dust because the Michigan Legislature has not appropriated them,” Whitmer said.

“I’m hopeful we can quickly negotiate the recovery plan that fully allocates the $5 billion in federal funds. Washington didn’t send us this money to sit on it. They sent it to us because people need it,” she said.

House Bills 4048 and 4049 were also passed by the state Senate Tuesday. HB 4048 increases school spending via more federal COVID-19 funds to a total of $1.9 million, while HB 4049 would ban the DHHS director from closing in-person school instruction or prohibiting sporting events during a pandemic while giving more authority to local health directors.

The state House did not take any action on budget supplemental bills on Tuesday.

Ahead of both House and Senate sessions Tuesday morning, a small protest hosted by Michigan United gathered outside the Capitol steps to call on Republicans to allocate the federal COVID-19 relief funds.

Freshman state Rep. Abraham Aiyash (D-Hamtramck) said he asks at least one of his Republican colleagues everyday why the $5 billion hasn’t been dispersed.

“I kid you not, most of them don’t have an answer,” Aiyash said. “If we have money that’s already been given to us, we take that money and we put it in the pockets of the people by ways of vaccine distribution, testing support, rent relief, utility relief, small business support, support for our students and our teachers so that they get back to school safely and finally, making sure that folks aren’t going hungry. These are basic principles that we should try to uplift and fight for during this pandemic.”

“That money is money for rental assistance to prevent eviction, there is money for vaccines to get the shots into arms faster and there’s money for schools to make sure that they can open safely something everybody wants. But what happened is Michigan Republican legislators are holding up funding,” Shah said. “The Republicans have suggested giving it out quarterly, that does not work with one year budgets and puts us behind the supply chain for vaccines.”

Doctors warn horse-dewormer can be lethal, so why are people… by Allison R. Donahue September 2, 2021
GOP lawmakers inject abortion fight into budget bills by Laina G. Stebbins May 5, 2022
‘He’s doing their bidding’: Critics say Republicans use… by Anna Gustafson April 17, 2022