Aqeela Muntaqim knows that times are tough for many Michiganders — and the COVID-19 pandemic have only made matters worse.

“I’m a mother and I have to sacrifice paying for bills, paying for food and being able to care for my children,” the deputy director of Mothering Justice, a Michigan-based nonprofit advocacy group, said Thursday in Detroit.

Muntaqim is not alone.

An increasing number of working families are hurting economically. In fact, as of October 2020, a minimum wage worker in Michigan would need to work full-time for 29 weeks, or from January to July, just to pay for child care for one infant, according to the Economic Policy Institute, a Washington, D.C.-based nonpartisan think tank.

“It’s so important that we have these things,” Muntaqim added. 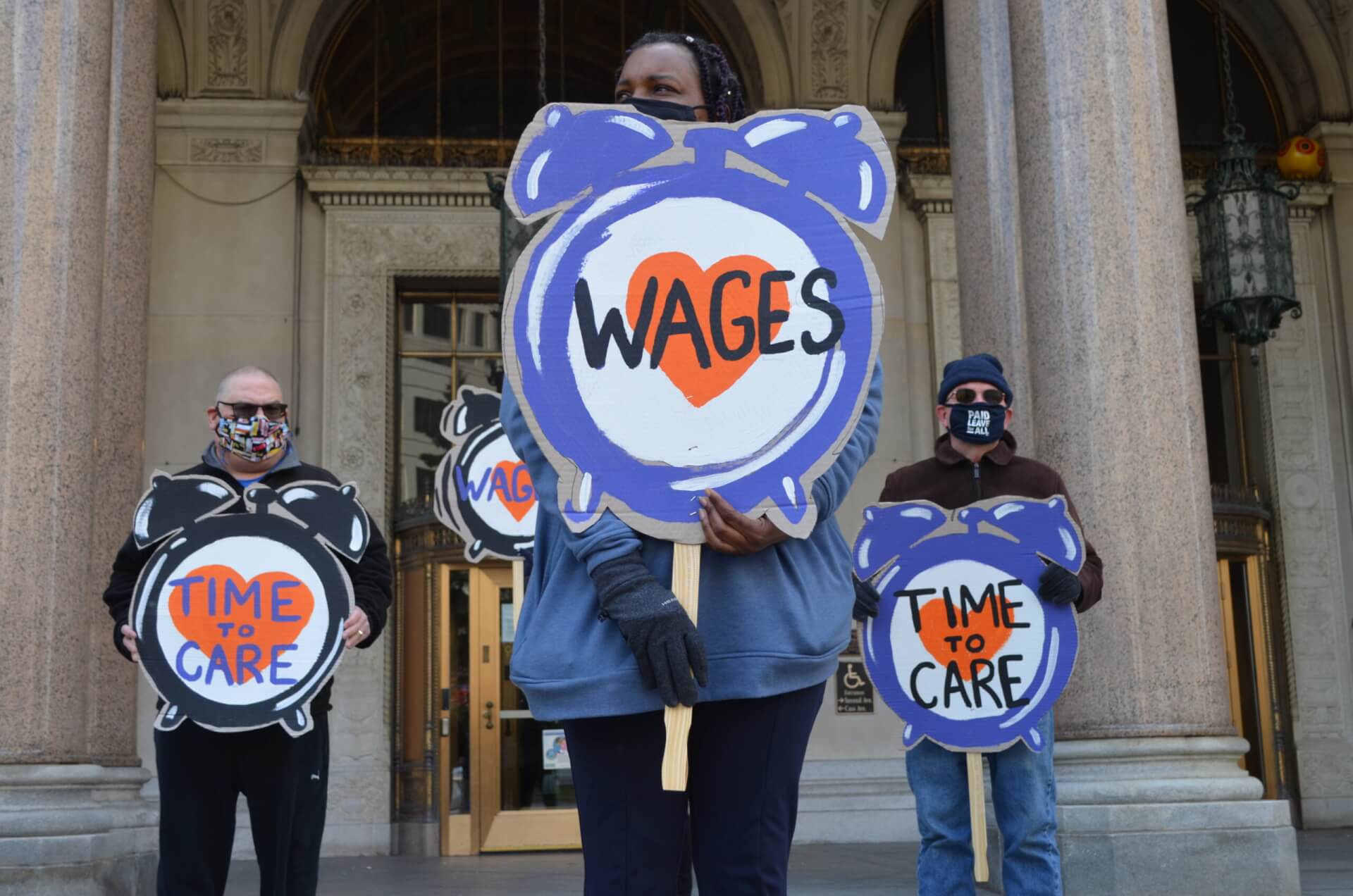 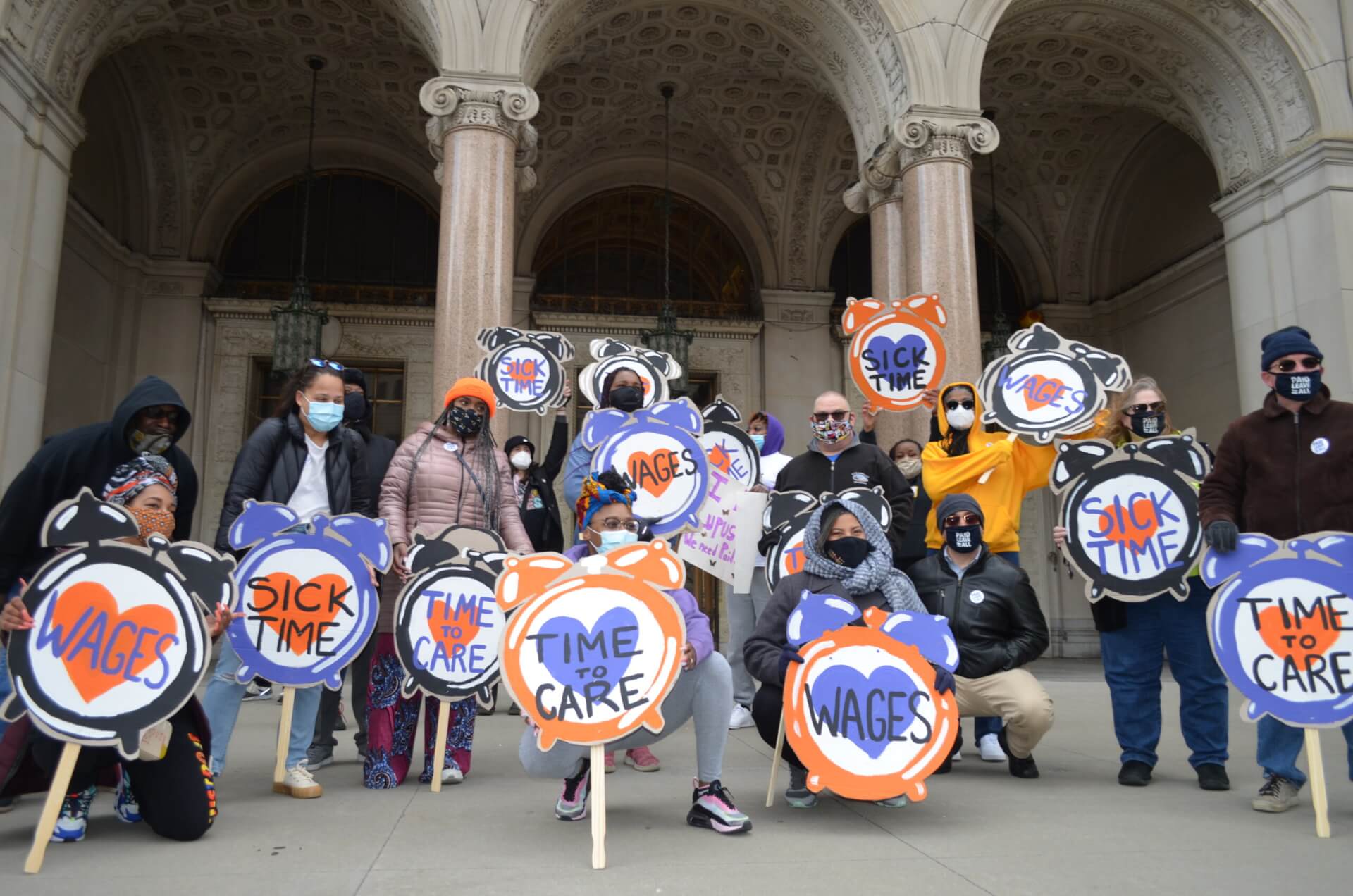 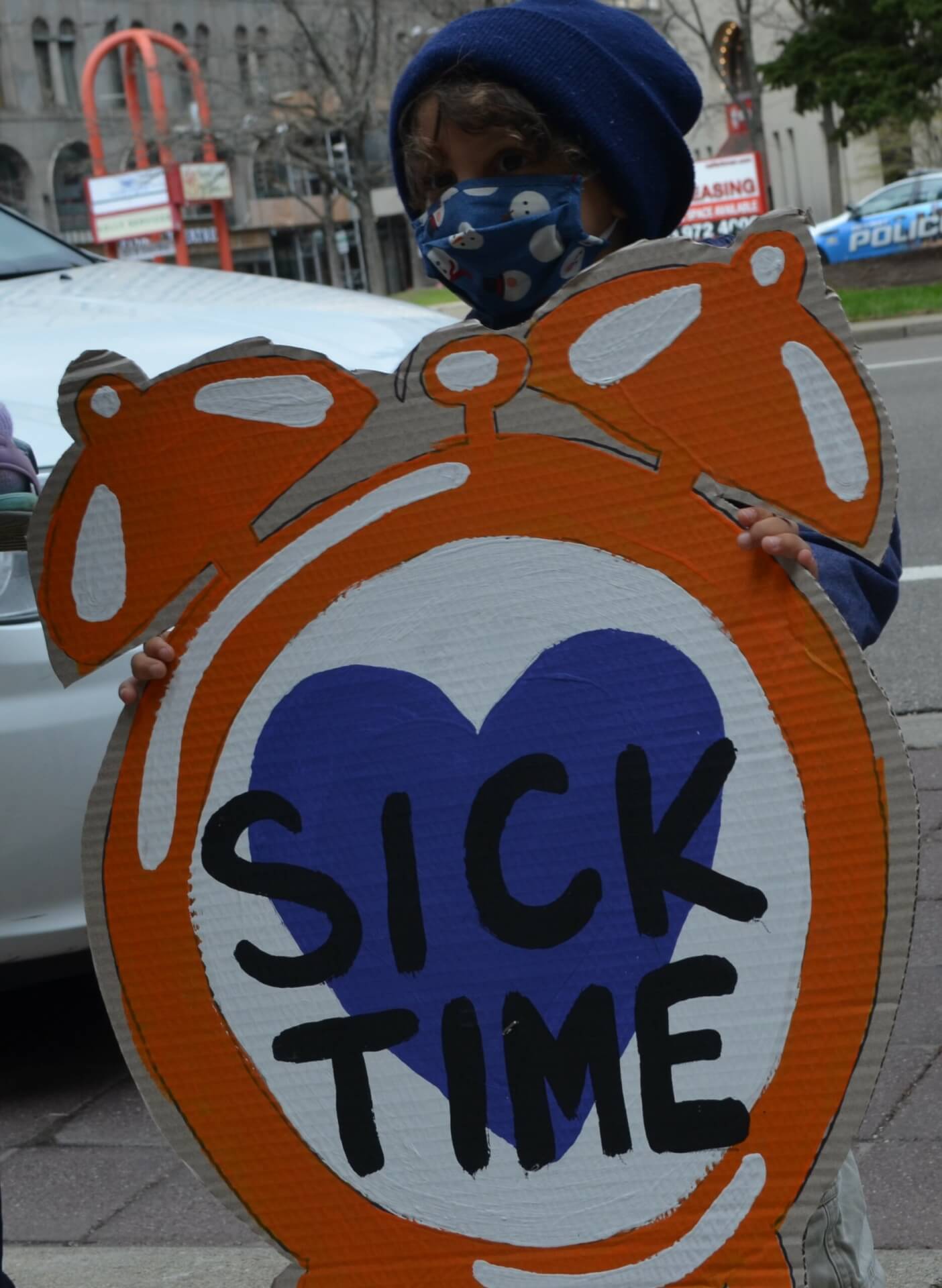 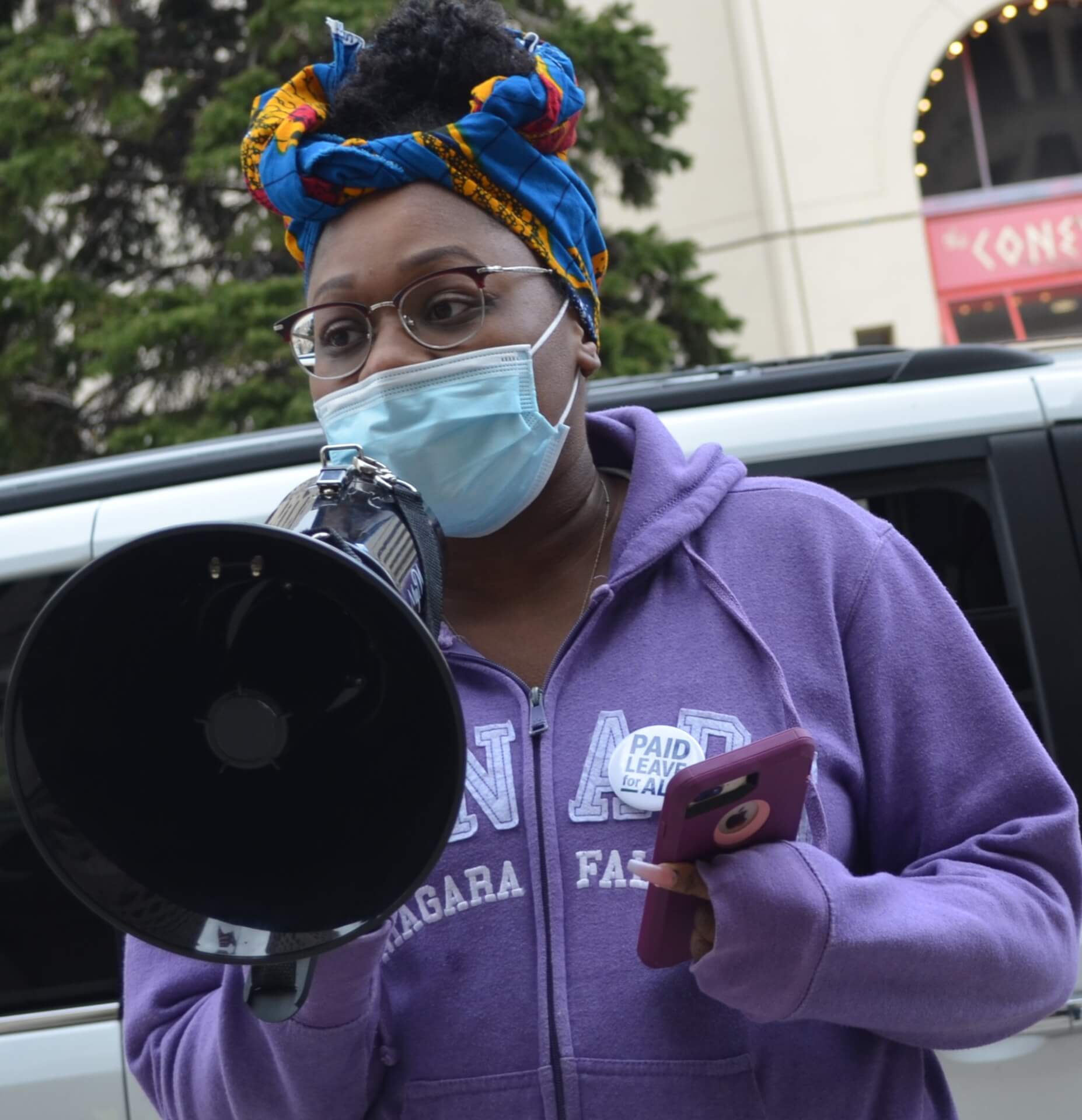 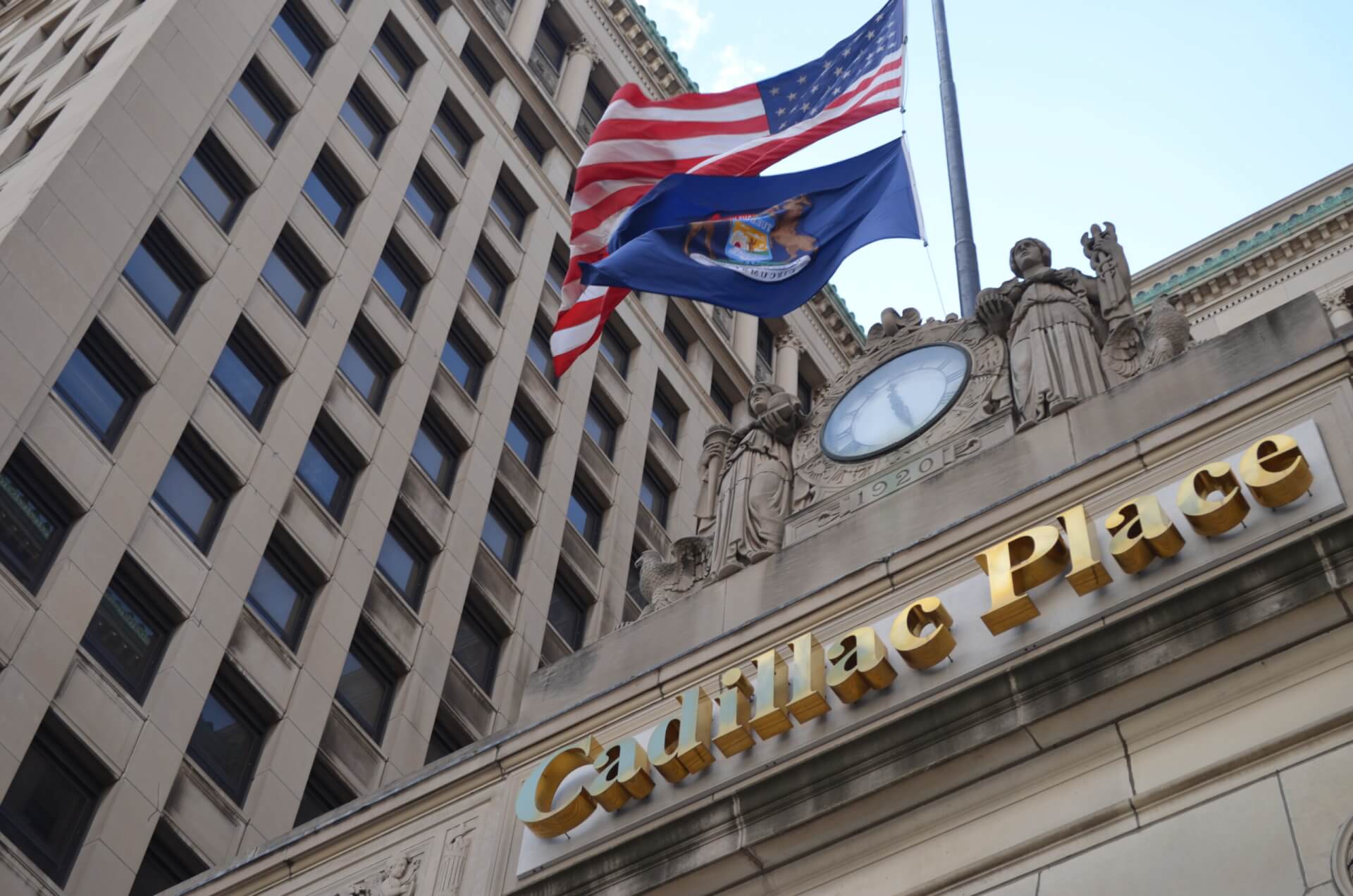 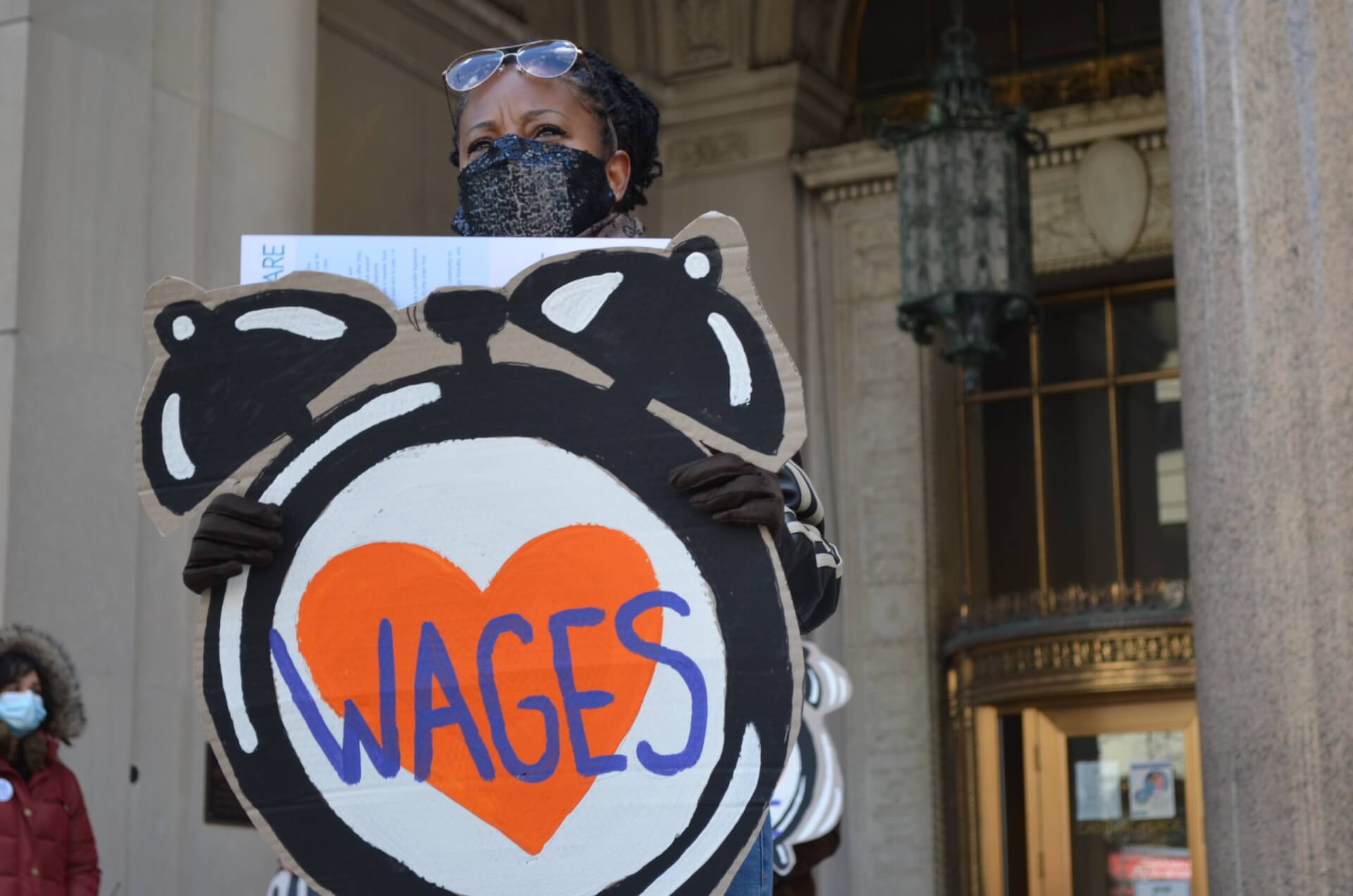 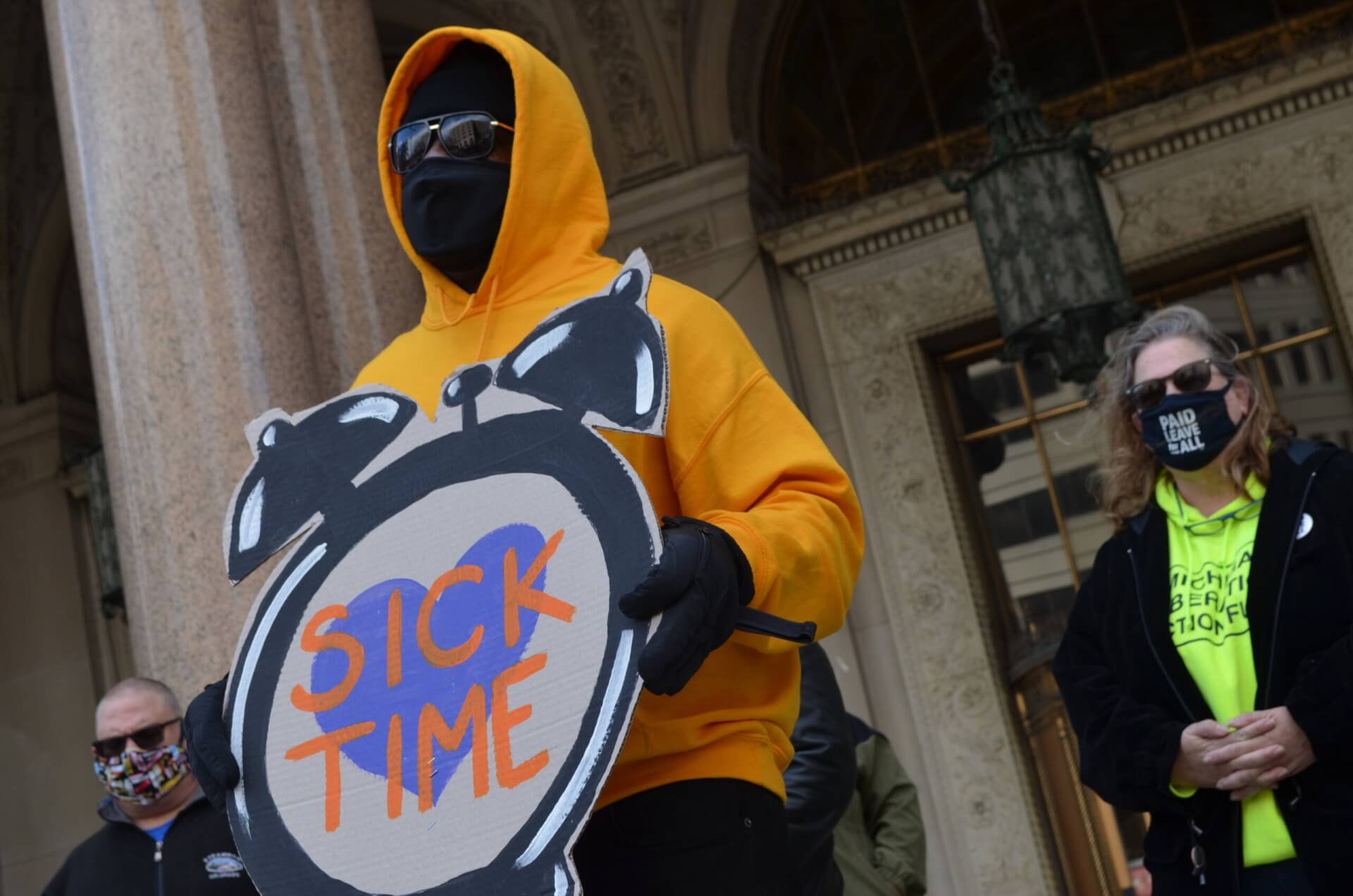 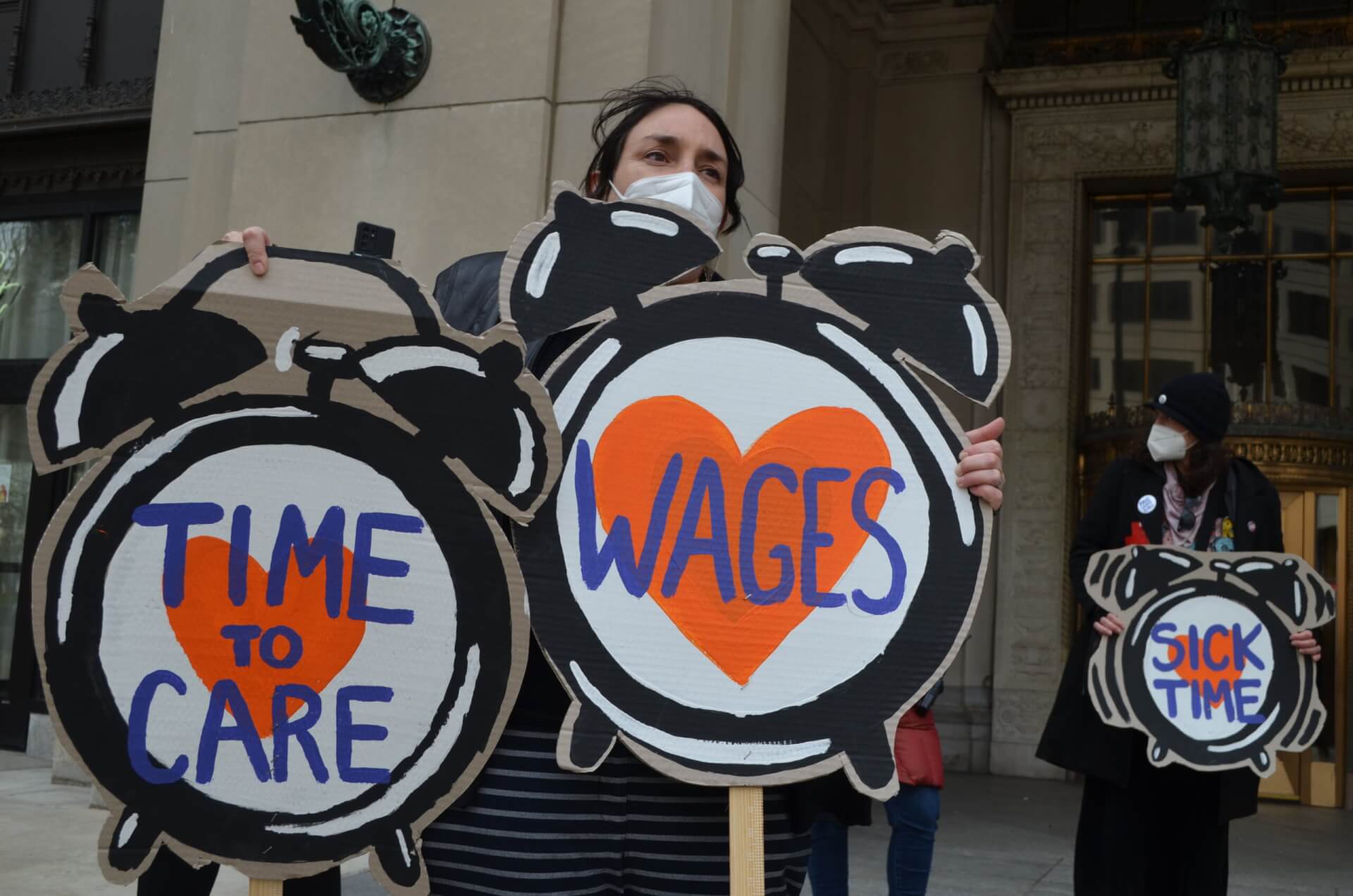 She was part of a rally at the Cadillac Place state office building in Detroit to bring focus to wage increase and paid sick leave. They called on Michigan Attorney General Dana Nessel to restore two 2018 voter-initiated efforts designed to address both issues. Joining Mothering Justice was Restaurant Opportunities Centers United (ROC), a national organization aimed at improving working conditions and wage raises in the restaurant industry.

ROC Michigan organizer Sarah Coffey said at the rally that the pandemic has highlighted that paid leave and a living wage are “lifelines” for restaurant workers.

“These issues need to be addressed now, not when another crisis occurs,” Coffey said.

The minimum wage in Michigan is $9.65 an hour. A 2018 citizen-led petition drive would have raised the wage to $12 per hour by 2022, including tipped workers.

However, the GOP-controlled Legislature adopted both petitions in September 2018, keeping them off the ballot. During the Lame Duck session after the November general election, the House and Senate passed new legislation dramatically scaling back the minimum wage to $12.05 per hour by 2030.

The watered-down legislation was signed by outgoing GOP Gov. Rick Snyder. The Michigan Supreme Court later declined to give an opinion on the “adopt and amend” maneuver from Republicans.

The demonstrators argued that Michigan Republicans engaged in “unconstitutional behavior” in blocking the petition initiative. They cited Article II, Section 9 of the Michigan Constitution, which reads, in part:

On Thursday, a Nessel spokesperson said the state Supreme Court had already weighed in.

Chris Trebilcock, an attorney with Clark Hill PLC, said that Nessel could offer a legal opinion on the issue, if requested by a state lawmaker or another state officer.

He stopped short, however, of predicting the outcome of such an opinion without knowing its reasoning.

“The plain text of Article II, Section 9 would need to be addressed by any legal challenge,” he said.

“Thousands of Michigan mamas have had to exit the workforce during the pandemic when forced to decide between earning a paycheck and staying home to protect and care for their families,” said Taylor. “Denying workers the right to earn paid sick time — which Michigan voters demanded in 2018 only to be undercut by state lawmakers — has worsened the economic and public health crises we are experiencing.”

Here's the full text of Biden’s State of the Union address by Michigan Advance March 2, 2022
How Long COVID has become the ‘silent pandemic’ by Anna Gustafson February 28, 2022
‘He’s doing their bidding’: Critics say Republicans use… by Anna Gustafson April 17, 2022