A pro-Trump mob breaks into the U.S. Capitol on January 06, 2021 in Washington, DC. Congress held a joint session today to ratify President-elect Joe Biden’s 306-232 Electoral College win over President Donald Trump. A group of Republican senators said they would reject the Electoral College votes of several states unless Congress appointed a commission to audit the election results. (Photo by Win McNamee/Getty Images)

That effectively became Donald Trump’s perseverative mantra following his defeat last November. Trump lied and cheated before, during and after the 2020 election. Most elected Republicans and party officials deliberately echoed his lies and went to extraordinary lengths to help him cheat. The vast majority of rank-and-file GOP voters believed their lies. They believe them to this day. 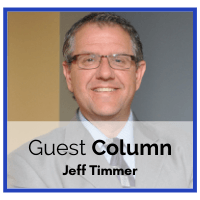 Ol’ Biff made clear that the Republican Party’s only platform, purpose, and path forward was to protect him by annihilating the peaceful transfer of power – the one constant that had defined America since George Washington chose to walk away from power – and tilting the table in their favor in advance of future elections.

Their position: Votes, laws, facts and math no longer determine who wins elections; only who holds the political power to count or certify the votes does.

Their plot failed. Trump left the White House with a whimper following the deliberate and lethal assault on the transfer of power in our government. They may have lost the battle, but Republicans are now scheming to win the war.

Our election system – and the foundation of our democracy – survived a stress test following the November election despite Republicans in Washington and Lansing assaulting every pressure point in search of fault-lines and weakness. The rule of law endured.

Now, those same rebels are conniving to alter the rules and make sure they have the latitude to overturn the results of the next election they lacked after the last one.

GOP officeholders, party bosses and tens of millions of Republican voters made their choice: They crossed the Rubicon. They’ve decided there’s no going back. They’ve decided to keep advancing along their ignoble path.

We also have a choice. We can look away and pretend what we’ve witnessed didn’t happen. We can close our eyes to the assault on our democracy and our Republic. We can avert our eyes to the reality it is still happening this very day.

Or we can wake up and defend our rights and our democratic republic. Before it’s too late.

I’ve chosen to use whatever meager platform and talents I possess to combat this lurch toward illiberalism. Let’s be clear-eyed: That is precisely what is happening within the Republican Party. Authoritarianism is around their corner.

Who wins elections in our state must be determined by who garners the most votes and not dependent on which political party controls the Legislature or the counting of ballot boxes.

Michiganders have a constitutionally guaranteed right to remove Lansing legislators during their terms. We can circulate petitions and force elected officials to stand before voters in a special election where the only question is shall that senator or representative remain in office for the remainder of their term or be replaced by an alternative candidate. The impetus for recalling these officeholders originates only through their conduct and actions in office.

I can guarantee that any legislator in Lansing who tried to nullify our 5.6 million votes after the last election, or who attempt to seize the power to put their thumbs on the scales after the next ones, will be subjected to the specter of a special recall election this November or May 2022, as Michigan law allows (and it is only Republicans who have chosen or are choosing to do this).

Alone, there is little I can do. But what my skill-set and soapbox enable me to do is coordinate the resources and manpower necessary to make this assertion a reality. Money and manpower will not be lacking.

These members of the Michigan House and Senate might survive these recall elections, or maybe they won’t. The balance of power in the state Capitol might be shifted in one or both chambers, or it might not. Uncertainty whether or not current senators and representatives will remain in office might give rise to emboldened challengers or further cloud the 2022 election landscape alongside redistricting, or it won’t.

There are many political unknowns. There are also certainties that will result, chief among them will be an entire year of political chaos across Michigan. This disorder will also impact business decisions and our economy.

The GOP bosses are already leveling their ire at me for daring to hold them accountable. Whatever turmoil occurs – and whatever consequential economic fallout arises – it is these Republicans in Lansing who are to blame, not me or the more than one million Michigan registered voters who will soon be signing recall petitions.

This is not about progressivism versus conservatism. Nor is this about advantaging any one party or partisan faction over another. History is replete with examples that teach us we either defend liberty or will we accede to authoritarianism and both ideology and partisanship will succumb to autocracy, along with the rest of our freedoms.

Lawyers, guns and money defined the aftermath of the last election. It brought our country to the brink. We remain at the edge.

I’ll be damned if I’ll allow Lansing or Washington Republicans to push us into the abyss of autocracy without exhausting every available legal and constitutional avenue to stop them. I’m on the side of the majority of Michiganders – and Americans. Let’s see if those in the Michigan House and Senate choose to be, too.

They may disagree on abortion, but this political odd couple… by Susan J. Demas January 11, 2022
Here's the full text of Biden’s State of the Union address by Michigan Advance March 2, 2022
‘He’s doing their bidding’: Critics say Republicans use… by Anna Gustafson April 17, 2022