Shortly after the GOP-controlled Michigan Legislature finished passing the remainder of the $53 billion budget plan Wednesday afternoon, Democratic Gov. Gretchen Whitmer took the stage at the Mackinac Policy Conference and shared her own perspective on the budget bills that she plans to sign.

Budget leaders from her office, the House and the Senate last week agreed to a budget deal for Fiscal Year (FY) 2022 beginning Oct. 1. Both chambers this week approved both the General Government and the Higher Education budgets on a bipartisan basis, wrapping their part of the process Wednesday.

“As we speak, the Legislature is passing a bipartisan budget that we negotiated together in good faith and I look forward to signing it next week,” Whitmer said during her keynote speech.

“The budget will put $500 million into our rainy day fund — the largest one-time deposit ever. It will also fully fund the Michigan Reconnect and Futures for Frontliners, expand childcare to 105,000 more kids at low or no-cost, repair 100 bridges, replace lead service lines, and so much more,” she said.

Whitmer called the budget “a testament to what we can do when we work together,” before asking business leaders to work with her and the Legislature to make sure the federal dollars go to work.

Part of the FY 2022 budget is already complete, as Whitmer signed the state’s $17 billion FY 2022 School Aid budget in July. That part of the budget primarily funds K-12 schools. 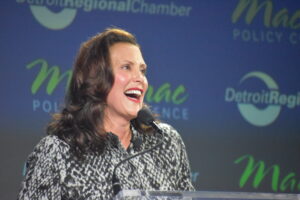 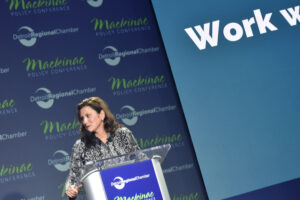 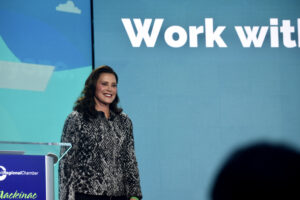 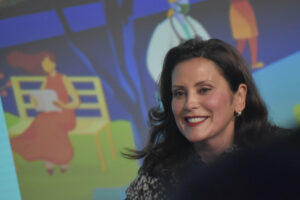 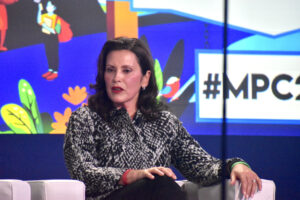 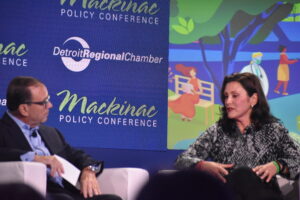 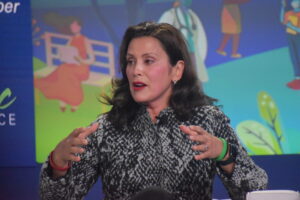 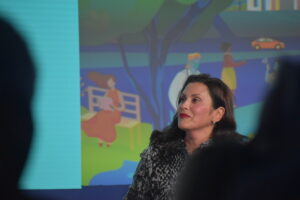 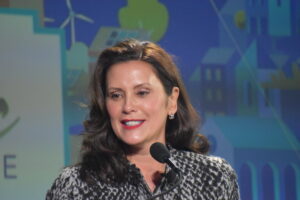 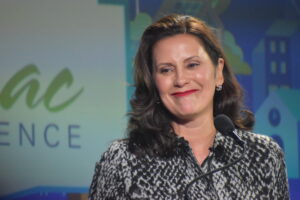 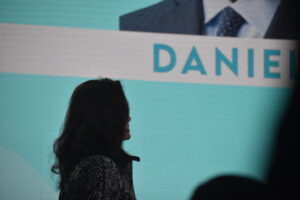 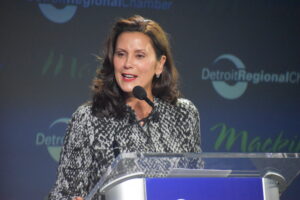 “It was a hard negotiation,” she admitted. “I was really glad we got Higher Education at the end of the negotiations. But this is a remarkable thing. We should give them all credit — everyone, both sides of the aisle.”

Whitmer encouraged lawmakers to keep the momentum going by passing her proposed MI Economy Plan and continuing to utilize federal dollars to the benefit of the state.

The rest of Whitmer’s keynote speech sounded more like a campaign stump speech, focusing on themes of hope and unity as Michigan begins its long road to recovery from the continuing COVID-19 pandemic and its crippling economic effects.

She said that the state is poised to bounce back more than it ever has before, thanks to federal dollars and strategic investments proposed by her administration. Whitmer is up for reelection in 2022.