Striking Kellogg union workers and their supporters rally across from the Kellogg headquarters in Battle Creek, Oct. 27, 2021 | Laina G. Stebbins

On a chilly October afternoon in Battle Creek, also known as the “cereal capital of the world,” a large crowd of union workers and supporters gathered Wednesday across from the Kellogg headquarters to show solidarity with strikers as they’ve spent more than three weeks on the picket line.

National labor leaders and union members from across the state rallied to keep pressure on Kellogg as the company offered to restart negotiations with the Bakery, Confectionery, Tobacco Workers and Grain Millers International Union (BCTGM) this week. Kellogg sent an email to union leaders that it’s willing to discuss the two-tier wage system in which newer workers are paid far less than their colleagues, Bloomberg News reported. Workers also are fighting against benefit cuts.

Notably absent in this show of support, however, are any Republican elected officials — even those who directly represent the Battle Creek area.

Neither U.S. Rep. Peter Meijer (R-Grand Rapids) nor state Sen. John Bizon (R-Battle Creek) have publicly commented on the Kellogg strike. Meijer and Bizon did not respond to requests for comment.

“I can tell you that our plant in Battle Creek is probably 70% Republican,” said Heather Greene, a 15-year warehouse crew leader at Kellogg. “[But] this isn’t a left or right issue. … There’s no place for politics when it comes to a living wage.”

“Even though we aren’t hearing from the elected Republicans, this isn’t about party, and I personally hope that they will see that and … realize that it is OK to support striking workers,” Greene said. 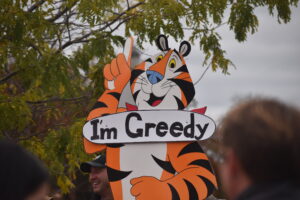 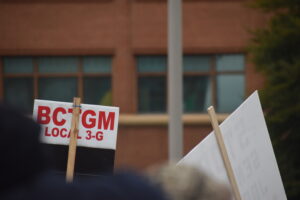 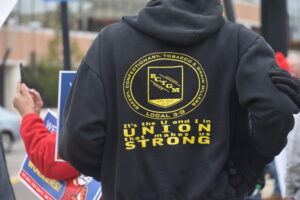 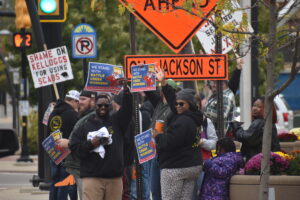 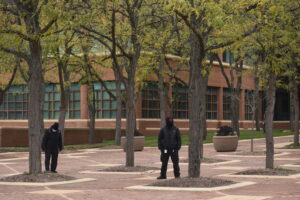 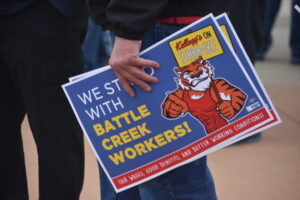 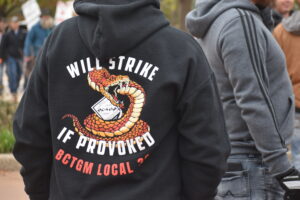 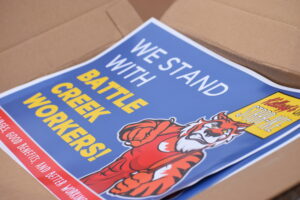 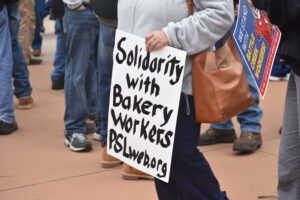 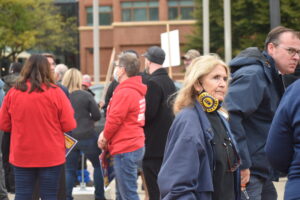 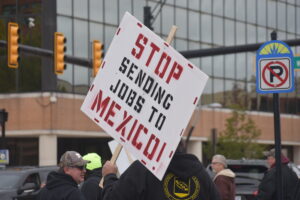 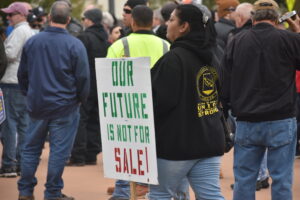 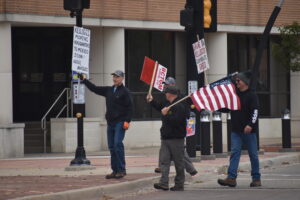 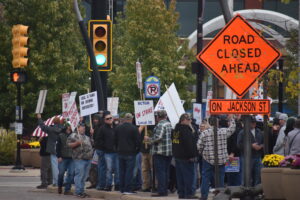 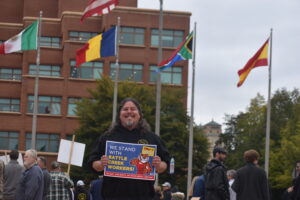 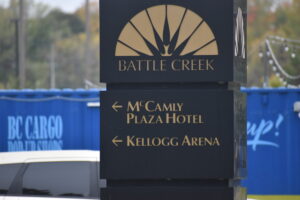 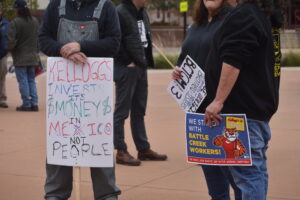 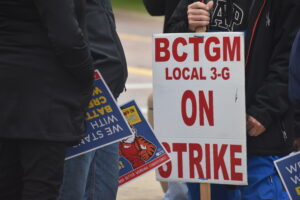 Although Republicans in recent decades have backed many anti-union measures, such as the 2012 Right to Work law, former President Donald Trump made a play for union workers in 2016 and 2020. Policies like imposing tariffs on goods from countries like China and renegotiating the North American Free Trade Agreement (NAFTA) had some labor support, even while his tax cuts for the wealthy did not.

In 2020, Trump lost the city of Battle Creek to President Joe Biden, a lifelong union supporter, but Trump won Calhoun County overall, 55% to 43%.

Damion Kreger, 47, is a health and safety technician at the Kellogg plant for 13 years and has been a lifelong Battle Creek resident. He says the lack of Republican support for workers has caught his eye, and he is concerned that financial ties to the company are at the root of the lawmakers’ hesitancy to back the strike.

“I think it all boils down to money, and ‘how much can I personally get for myself, for the Republican Party,’” Kreger said. “They talk about big business and even small local businesses, but it’s not really what they’re interested in. They’re just interested in the money. You know … you can be conservative and still support your community and your town and the people in it.”

According to campaign filings, a Kellogg PAC called the “Kellogg Company Better Government Committee” was a top campaign donor to Bizon for his state House runs in 2016 and 2018.

Kreger added that many local Republicans have ties to Kellogg in a business sense, including Battle Creek Mayor Mark Behnke, whose transportation business’ services are used by the cereal company.

“You should be doing what’s best for everybody and not [just] you or a select group of people like you,” Kreger said.

Todd Manusos, 43, is a material transfer operator for Kellogg and has worked for the company for the last 25 years. He said his fellow union workers are quietly taking note of who is and is not supporting the strike.

“We’re having a good memory on a lot of people that help. We’re also having a great memory on people that have maybe been absent or quiet,” Manusos said. “Why [are] Republicans quiet? That’s a great question for them to answer, because we’re asking the same question.”

“Whether you’re blue or red, certain things just transcend that, and getting everybody treated equal should fall in that line.”

Manusos added that showing support is “as easy as a tweet” and makes a big difference in continuing to build solidarity behind workers.

About 100,000 workers across the country are on strike during what’s known as “Striketober,” as workers are frustrated over pay, erratic schedules and benefits amid the stress of the COVID-19 pandemic.

The 325 BCTGM workers began to strike at midnight Oct. 5 as their master contract with Kellogg expired. The company has brought in busloads of temporary, out-of-state workers to fill in for the striking workforce, which union members blasted in signs about “scabs.”

The Kellogg strike has also encompassed plants in Lancaster, Penn., Omaha, Neb., and Memphis, Tenn., where about 1,400 total workers are protesting the company’s policies.

“This is the time to stand up, put our feet down and say enough is enough,” Bidelman said while speaking to union workers and supporters at Wednesday’s rally. “If not us, then who? If not now, then when?”