‘We will not be defined by this tragedy’: Thousands mourn four Oxford students during vigil

While thousands gathered in downtown Oxford Friday night for a vigil to honor the four Oxford High School students who were murdered in Tuesday’s shooting, the message from community and state leaders was about the community’s resilience.

Since the shooting, the Southeast Michigan community has raised thousands of dollars for the victims and their families, held numerous vigils and memorials and offered each other support to mourn together.

Behind the crowd of people, signs in store windows read “Oxford Strong”  and listed the names of the four students who died: Hana St. Juliana, 14; Tate Myre, 16; Madisyn Baldwin, 17; and Justin Shilling, 17. 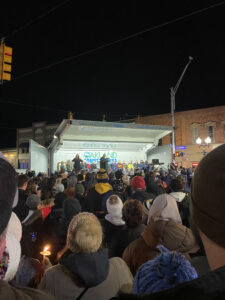 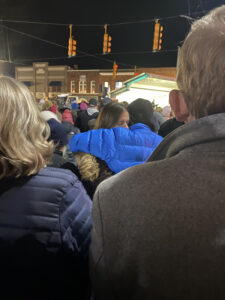 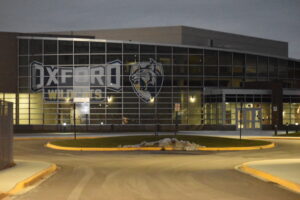 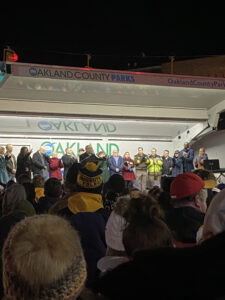 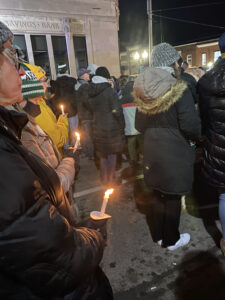 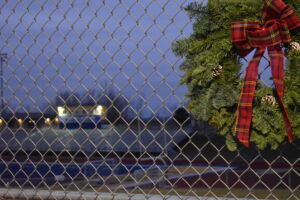 “These last few days have been some of the hardest we’ve ever had. Michiganders are strong, but we are brokenhearted right now,” said Gov. Gretchen Whitmer to the crowd. “We’ve lived through one of the worst weeks in Michigan’s history, but this week, we’ve also seen some of the best in one another.”

All speakers on Friday thanked the teachers, first responders and parents who were quick to help save thousands of lives Tuesday.

But Oxford Chaplain Dave Gerber said there is another group of people who need to be thanked for their response this week: the approximately 1,800 students recovering from the tragedy.

“You are heroes,” Gerber said to the crowd, filled with students and their parents. “Because you are a generation that might just teach my generation how to get it done.”

Shortly after the vigil began, a moment of panic set in after one person in the crowd fainted. The calls for help to assist the person set the already on-edge crowd in a momentary frenzy, but it was quickly reigned in.

While some people ran away unsure of what was happening, Oakland County Executive Dave Coulter calmed the crowd.

Our hearts are broken open by grief but tonight we held each other up and stood together in love. Tomorrow while our deep grieving continues, we must renew our vows to end this violent epidemic. #Oxfordstong pic.twitter.com/ExLzf9Eqo0

Ethan Crumbley, the 15-year-old accused of firing a gun at Oxford High on Tuesday, was arraigned on Wednesday for charges including terrorism causing death, first-degree murder, assault with intent to murder, and possession of a firearm in the commission of a felony. If convicted, he faces up to life in prison.

His parents, James and Jennifer Crumbley, were also charged Friday with four counts of homicide and involuntary manslaughter after ignoring the school’s concerns over their son’s disturbing behavior.

Oakland County Sheriff Mike Bouchard confirmed to CNN Friday afternoon that the Crumbleys were missing. They were apprehended in Detroit early Saturday morning after a massive manhunt following their vehicle being discovered in the city.

‘We will not be defined by this tragedy’: Thousands mourn four Oxford students during vigil