As Sanders rallies striking Kellogg workers, some are skeptical of company’s latest offer

325 union workers in Battle Creek have been on strike since Oct. 5

Across the street, a group of Lucius’ fellow Bakery, Confectionery, Tobacco Workers and Grain Millers International Union (BCTGM) members are outside on the picket line in front of the plant entrance.

“You gotta just learn how to read between lines,” Lucius said.

This weekend, the 1,400 union workers in four states will vote on a master contract proposal from Kellogg after six previous offers and a failed vote earlier this month. The workers, which include 325 in Battle Creek, have been striking since Oct. 5 for an end to the company’s two-tier wage and benefits system.

None of Kellogg’s offers so far have included an end to that system.

Dijon Lucius was a “transitional” processing operator at the Battle Creek plant for two years before the strike began. He said he started seeing glimmers of issues on his very first day, and spent his first three months wiping handrails and sweeping floors for 16 hours every day.

His wife, Tiana, describes it as “almost like being a single parent” because of how much her husband was at work. She says that she and their three kids would sometimes not see Lucius for days at a time.

“This new tentative agreement didn’t address any of the things that we actually went on strike for,” said Donivan Williams, a trustee on the BCTGM Local 3G Executive Board. He said he plans to vote against it and hopes his union brothers and sisters will do the same.

“The two-tier wage system affects 30% of the [union] body, but the 70% of the body that it didn’t affect, necessarily, has really had integrity and stood their ground as far as letting people know that it is not acceptable to have a two-tier wage system, and we won’t stand for it,” Williams said.

Lucius, who also said he will be voting against the deal, said that Kellogg has painted the offers much differently in public than they actually are. He said not many people realize how much transitional workers like him have to pay for health care.

“I pay for my health care. And my deductible is $7,500, so I gotta pay $7,500 out of pocket for my health insurance and stuff to kick in,” he said. “The legacy employees, they don’t see a medical bill. They go to the doctor and everything’s covered 100%.”

State Sen. Sean McCann (D-Kalamazoo) and state Rep. Yousef Rabhi (D-Ann Arbor) were among those in the crowd. Both lawmakers, in addition to many more Democratic officials in the state, have been vocal supporters of the striking workers and have visited the picket line before.

“Having Sen. Sanders here was just truly amazing,” he said. “Just talking to some of the workers, this is the jolt of energy that they need to keep their fight going.”

“That is a very reasonable ask that I think every Michigander can get behind. So what Kellogg is doing is frankly un-American, it’s unacceptable, and we can do better in the state of Michigan,” he said. 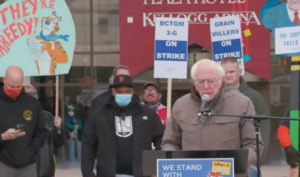 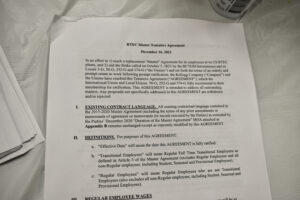 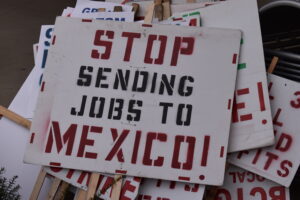 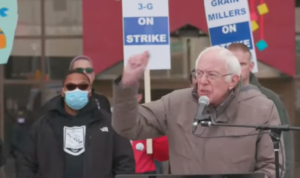 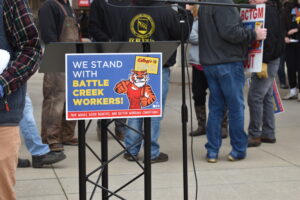 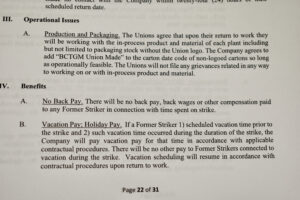 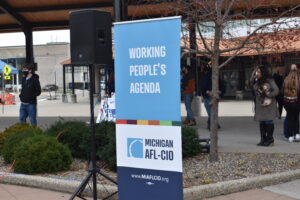 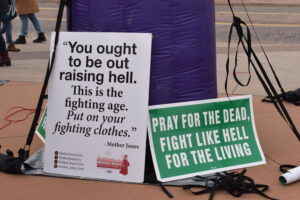 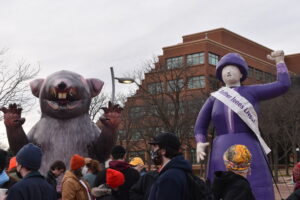 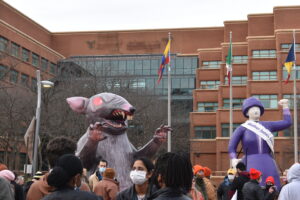 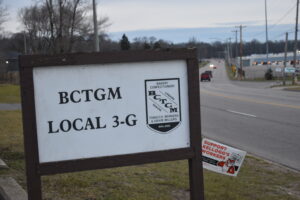 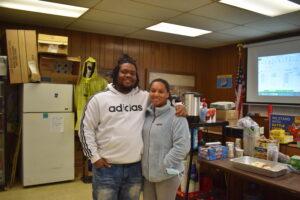 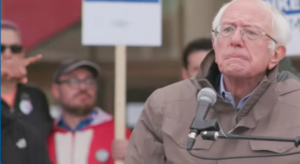 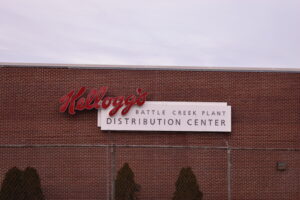 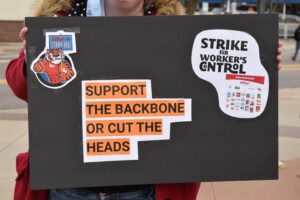 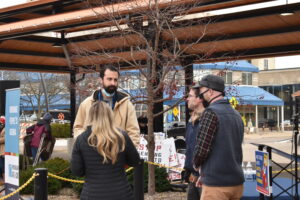 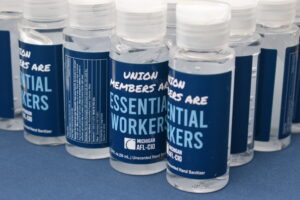 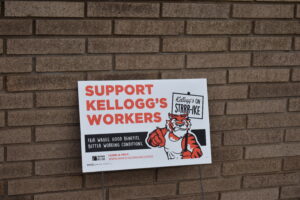 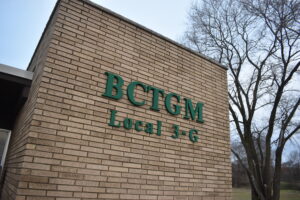 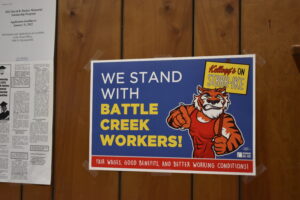 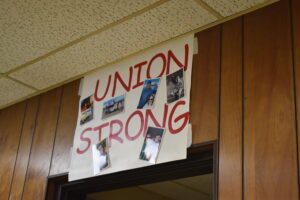 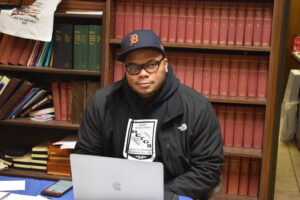 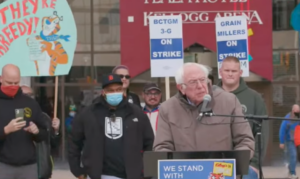 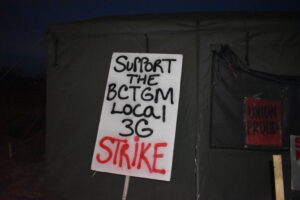 Other groups and unions who came out in support of the workers included the United Auto Workers (UAW), the Michigan AFL-CIO, the American Federation of Teachers (AFT), Democratic Socialists of America (DSA) and more.

“It’s about solidarity,” McCann told the Advance. “Everybody has to stick together.

“It shouldn’t have to get to this point, where we have to go through this and people have to be on the line for eight, 10 weeks or more and put their families through that when they’ve given so much to this company. So I hope we get a breakthrough. I was really disappointed that the offers so far have not been really serious offers,” he said.

On Friday, the Advance was the first to report on a leaked email obtained from Kellogg’s Battle Creek plant director which framed the company’s latest offer as “no gain overall for [strikers].”

“In short, [the] overall bucket of money (cost) stays the same. Just shifts money from one bucket to another. No gain overall for them with 3 more weeks of strike and no income. No ratification bonus,” the Friday email from Gregory Jackson reads.

In a statement sent by Kellogg afterwards, Jackson said his characterization of the deal was “taken out of context,” and the tentative agreement is “more than fair.”

As Sanders rallies striking Kellogg workers, some are skeptical of company’s latest offer