In Troy, “Fun Home,” a book written by lesbian author Alison Bechdel, about her relationship with her father after she discovered that he is gay, was asked by some parents to be removed from the shelves from the public school library in October. A few towns over in Novi, “Lawn Boy” by Jonathan Evison was challenged by parents and removed from the school in January for young characters in the book involved in sexual activities.

A rise in book challenges at public schools and public libraries across Michigan and the nation come as school districts have been facing backlash from some parents and Republican lawmakers over curriculum and resources regarding race, gender and sexuality.

Some states aren’t stopping at just banning books they deem as “inappropriate,” but threatening to reduce funding to schools or criminalize those who teach topics that are understood to “stereotype” any gender or race.

Nora Pelizzari, the communications director for the nonpartisan New York City-based National Coalition Against Censorship (NCAC), said that nationwide there has been “an overwhelming number” of book challenges at libraries and schools since September.

“Book challenges are something that happen every year, several hundred a year across the country. But we noticed at the beginning of this school year, a significant uptick in the frequency of challenges and the same books getting challenged over and over in different parts of the country,” Pelizzari said. “There was a bit of a lull in book challenges during the previous school year, and we attributed that to students not being physically in school in a lot of places.”

Other states, like Arizona, have gone as far as introducing legislation that would ban schools from teaching or assigning materials to students that are deemed “sexually explicit,” which could essentially ban classic literature taught in schools across the country, such as “The Color Purple” by Alice Walker and “Atlas Shrugged” by Ayn Rand.

According to the American Library Association’s preliminary America’s Libraries Report, more than 330 unique book challenges nationwide were reported in the three-month period between Sept. 1 and Nov. 30, 2021. It’s more than double the number of reports from 2020 (156 challenges) and it will likely outpace 2019 (377 challenges).

Pelizzari said that many of the books being challenged have to do with LGBTQ+ and race issues, many of the same topics being brought up at school board meetings by parents against critical race theory (CRT) and diversity, equity and inclusion (DEI).

CRT, a graduate school-level concept focused on the history and ongoing effects of white supremacy in the United States, and DEI have been issues conservative parents and lawmakers have used as a right-wing rallying cry in the midterm elections.

Last month, state Rep. Gary Eisen (R-St. Clair Twp.) introduced House Bill 5722 that would amend the School Aid Act to require districts to make the schools curricula, classes, writing assignments and literature available to the public by the first day of the school year. If the schools don’t comply, they risk losing 5% of their total funding.

Eisen said in a statement to the Advance last month that the bill is “based on transparency and to bridge the relationship between the schools and parents.”

“While using taxpayer dollars, it is important to show how those funds are spent and to give parents the opportunity to review what their children will be learning,” Eisen said.

Michigan saw similar efforts to withhold funding for noncompliant school districts when the greatest fight against public schools were mask mandates, school closures and other COVID-19 mitigation efforts. There are currently no statewide or countywide mask mandates for schools in the state.

Pelizzari said there is a clear connection between the CRT and DEI fights at school board meetings and book challenges in local schools.

“All of this is an attempt to control and dictate what voices and what ideas and what perspectives are allowed to be discussed in schools, or in the case of school library books, which are entirely optional reading,  ideas that are even allowed to exist in schools,” Pelizzari said. “The same types of groups that we see trying to dictate how teachers teach and what concepts or languages or historical perspectives they’re allowed to introduce in the classroom are the same groups who are fighting to dictate what books are allowed to be on library shelves.”

Some of the biggest national groups leading this book banning effort are the right-wing No Left Turn in Education and religious-right Family Watch International. Many groups that crop up in local school districts stem from these larger, well-funded national groups.

No Left Turn in Education has an online list of dozens of books that they claim are “used to spread radical and racist ideologies to students.”

“They demean our nation and its heroes, revise our history and divide us as a people for the purpose of indoctrinating kids to a dangerous ideology,” the far-right group writes on its website.

One of the tactics these far-right organizations use is making issues seem hyper-localized, Pelizzari said.

At Thornapple Kellogg Schools in Middleville, a rural town south of Grand Rapids, a parent group, called Stand Up TK, successfully removed two young adult fiction books, “Me, Earl and the Dying Girl” by Jesse Andrews and “Looking for Alaska” by John Green. Both of these books are being challenged in schools across the country for profanity and sexual activity.

Now, the group is vying to get a book, “The Giver” by Lois Lowry, removed from the middle school curriculum. “The Giver” is ranked number 11 on the ALA’s most frequently challenged books list because of its mention of sex and suicide.

Gretchen Parsons, a mom of a Thornapple Kellogg High School sophomore, said she doesn’t understand what the problem is with the books these parents have targeted.

“I have always taken the approach to just start conversations with my kids and I see these books and topics as a way to open up those conversations,” Parsons said. 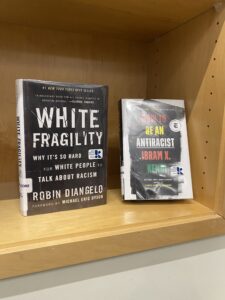 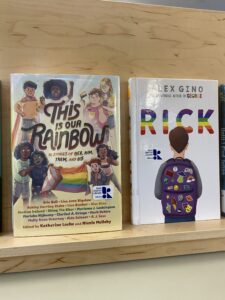 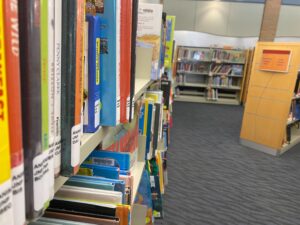 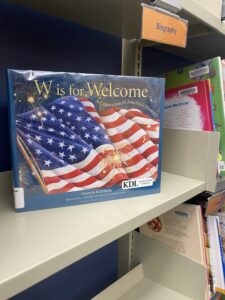 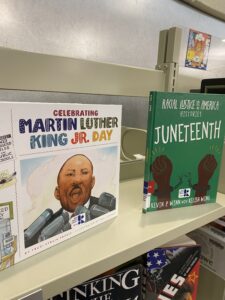 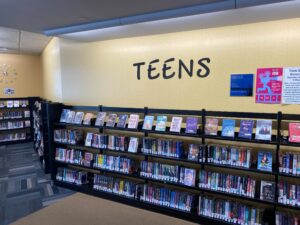 Kathleen Lucas, a mom with elementary-age students at Hudsonville Public Schools, wants her children to be able to access books that show diversity.

“It’s important that children are reading books that reflect our society as a whole, not just one part of society that we cherry pick for them just because we like it,” said Lucas.

Hudsonville Public Schools currently has a challenge against the book “Half of a Yellow Sun,” a novel by Nigerian author Chimamanda Ngozi Adichie. The book, a novel that takes place during the Nigerian Civil War during the 1960s and 1970s, is part of an optional book club for Juniors and seniors at Hudsonville High School.

One of the main arguments by parents challenging books or curriculum is that they are losing their parental rights to their children’s education. However, parents have the right to request alternative reading assignments for their individual student or ask questions regarding the curriculum.