On this day in 1922: William Milliken, Michigan’s longest-serving governor, is born

One hundred years ago, William Milliken, the moderate Republican who signed landmark civil rights and environmental legislation, was born on March 26, 1922, in Traverse City.

The soft-spoken, low-key Milliken holds the distinction of being Michigan’s longest-serving chief executive, holding the office for 14 years. Long before the days of term limits, he served from 1969 to 1983. His tenure as governor is the longest in state history.

Prior to his birth, Milliken’s hometown primarily had been a logging community dating back to the 1880s. In the 1920s, business leaders Henry Ford, Thomas Edison and Harvey Firestone visited Traverse City and camped on Power Island, which Ford owned at the time.

“Traverse City liked to think of itself as reflecting the traditional American values of industry, piety and civility,” wrote Dave Dempsey, author of “William G. Milliken: Michigan’s Passionate Moderate.” “Yet it was the product of the hungry frontier impulses of the mid-nineteenth century, which by the time of Milliken’s birth had long since depleted the native timber of Northern Michigan and forced the local economy into fruit growing, light manufacturing, and tourism.”

Milliken enrolled at Yale University in 1940 and met Helen Wallbank, who he would marry in 1945. But first in 1942, he decided to postpone college and volunteer for World War II service. Milliken battled Nazi Germany, flying 50 combat missions as a waist-gunner on B-24 bombers. He survived two crash landings and earned seven military honors, including a Purple Heart, a military decoration for those wounded or killed in action. He then completed his college degree in 1946.

As a young man, he worked at J.W. Milliken Inc. the department store founded by his grandfather. He became president of the company when his father died in 1952. He later served as a state senator and then lieutenant governor under one-time automotive executive-turned GOP politician George Romney.

On Jan. 22, 1969, Milliken became Michigan’s 44th governor after Romney resigned from the state’s top elected post to join the Richard M. Nixon administration as secretary of the Department of Housing and Urban Development.

“I’m ready for the job and eager to get on with it,” Milliken, the 46-year old lieutenant governor said at the time.

During the early days of his tenure in 1969, Milliken refused to move into the home that had been identified as the official residence of the governor until a dispute about whether its deed had language that forbade Black occupancy was resolved.

The 1970s and early ‘80s were a challenging time in Michigan with a recession, oil embargo and troubled American automobile market. Milliken was known for his commitment to the environment and his compassion for both urban and rural communities, whether in the Upper Peninsula or the eastern or western regions of the state.

Milliken was known for signing key legislation during his more than decade in office. He was a force in getting the Michigan Environmental Protection Act passed, and he signed it in 1970. In 1977, Milliken also signed the seminal Elliott-Larsen Civil Rights Act.

Milliken partnered with Detroit Mayor Coleman A. Young, a Democratic National Committee vice chair, to bring the 1980 Republican National Convention to the Motor City. Prior to that, the political odd couple worked together to help find a federal government solution to help save the financially-struggling Chrysler Corp.

On Dec. 22, 1981, Milliken prepared to enter his 14th year as governor, but he announced that he would not seek another term. 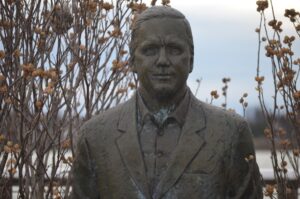 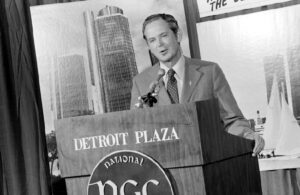 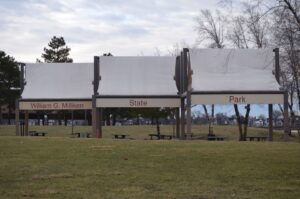 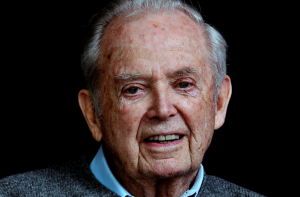 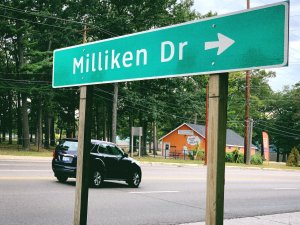 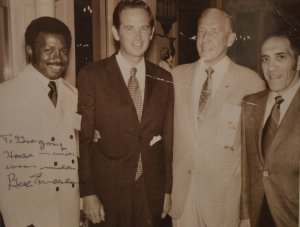 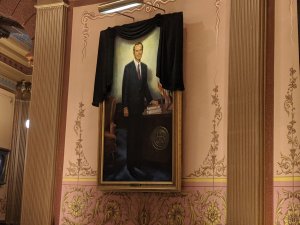 “I intend to campaign for Michigan, to devote my final year in office to promoting the interests of the state that I love, a state that I am proud to have served longer than any other governor,” he said during a news conference.

After his tenure as governor, Milliken — whose moderate political views on civil rights, the environment and reproductive rights increasingly made him an outlier in a right-shifting GOP — backed candidates from both major political parties.

In 2004, he backed U.S. Sen. John Kerry (D-Mass.), the Democratic presidential nominee, over incumbent President George Bush. He accused Bush of “pandering to the extreme right wing” of the GOP.

“To me, this transcends politics,” Milliken said at the time.

In 2010, he endorsed Rick Snyder in the Republican gubernatorial primary, and continued to support him in 2014. He also supported Democrats Gary Peters for U.S. Senate and Mark Totten for state attorney general in 2014.

“He had a strong sense of what was right and what was wrong. And no one questioned his character,” Bill Rustem, a former Milliken aide, said during the former governor’s August 2020 memorial service at the Interlochen Center for the Arts. He also called Milliken “a great and decent man.”

Gov. Gretchen Whitmer, a Democrat whose father, Richard Whitmer, served in the Milliken administration, shared with the Advance this week what she viewed as the importance of the man who once occupied the office she now holds.

“In his 14 years of service to our state, Gov. Bill Milliken taught us a number of powerful lessons that leaders everywhere will carry with them for decades. As a Michigander, I am grateful for the work he did to make Michigan better. As governor, I look up to his model of leadership. A century later, he reminds us all that our love for Michigan, this beautiful place we call home, transcends barriers.

“His tenure as the longest serving governor in Michigan history, often with divided government, shows us that when we come together and put Michigan first, we are capable of greatness,” she continued. “I am so lucky to have known Governor Milliken and all of us are fortunate to live in the place that he dedicated his life to serving.”

On this day in 1922: William Milliken, Michigan’s longest-serving governor, is born