Each of Michigan’s 83 counties held GOP conventions Monday night, but deeply red Macomb County was perhaps the most chaotic of them all, featuring hours of insults, interruptions and the eventual ousting of the county party’s convention chair.

The division and discord that ensued was fed by an organized effort led by former President Trump-endorsed attorney general candidate Matt DePerno to “storm” the state’s county GOP conventions Monday. Each held meetings at 7 p.m. to choose this year’s Republican delegates to be sent to the April 23 state convention in Grand Rapids.

Macomb County, one of the state’s largest, recorded a total of 288 credentialed delegates. The gathering at Shelby Gardens — which featured two cash bars flanking the convention room — was packed beyond capacity with nearly 700 people attending. Guest passes ran out before the event began.

This could go on for a while. pic.twitter.com/C3vuNY0RAL

All seemed calm at first as local party Chair Mark Forton began to speak, but the crowded convention room almost immediately turned to pandemonium after the Pledge of Allegiance was recited.

Delegates, guests and organizers hurled insults back and forth for the next three hours. Interjections of “shut up” and “sit down,” and accusations of being a “commie” or “RINO” were frequent. At one point, someone sounded off an air horn and was chided by the speaker and police officers.

“Stanley [Grot], you got a couple officers out there, have them arrest me, I don’t care,” Forton said from the podium.

Grot, the Shelby Township clerk, was running for the Michigan House for the second time this year, but dropped out. His wife, Sylvia Grot, ran instead, but was defeated in the special GOP primary last month. Stanley Grot had also previously ran unsuccessfully for secretary of state in 2018.

That 2018 run put Grot and Michigan Republican Party Ron Weiser at the center of a bribery scandal, in which Weiser used $200,000 in party funds to push Grot out of the GOP primary race for the office. Attorney General Dana Nessel declined to pursue charges against Weiser last year for the secret deal, but Weiser paid a $200,000 state fine.

During a vote that was closed off from guests and media, Forton was ousted as convention chair. Eric Castiglia of Sterling Heights took his place.

Mellissa Carone was the star witness of former Trump lawyer Rudy Giuliani at a GOP-run state Oversight Committee hearing in December 2020 on election results and was a state House candidate until her recent disqualification. She told the Advance prior to the vote that she believed Forton would stay in his position as chair.

But, “this is a battle of two different groups,” Carone said. “It’s a power battle. … What I’ve seen since I’ve been involved in politics is disgusting. There is no difference between these Democrats and these Republicans, they’re all corrupt.”

After the vote, Carone said the split within the party has evidently grown deeper.

“It doesn’t matter. They won’t have anybody at their meetings. None of these people even know what’s going on. … We will just move parties. We will make our own and it’ll be fine,” Carone said.

Macomb has become the largest Republican county in the state and a hotbed of extremism. Of the 14 Michigan residents charged for participating in the Jan. 6 insurrection at the U.S. Capitol, five hail from Macomb County. 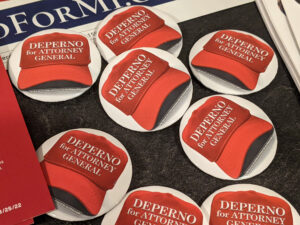 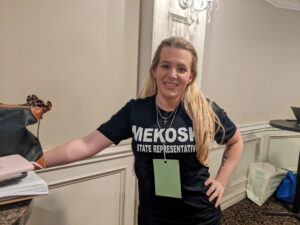 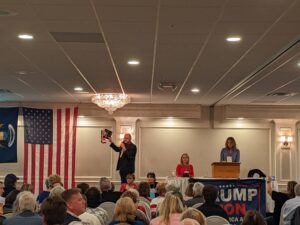 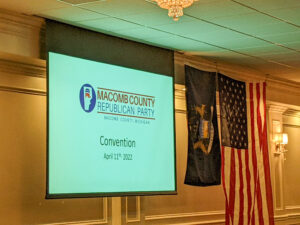 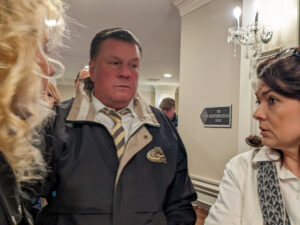 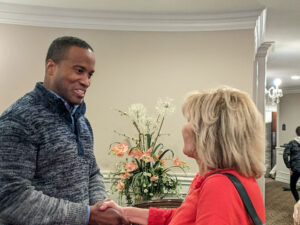 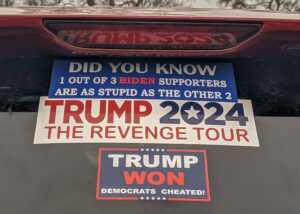 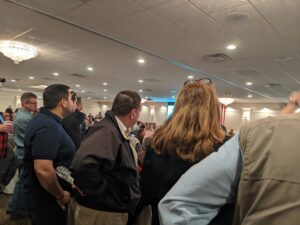 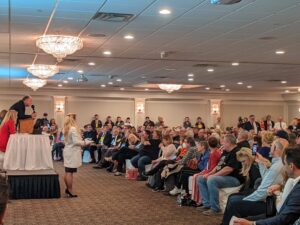 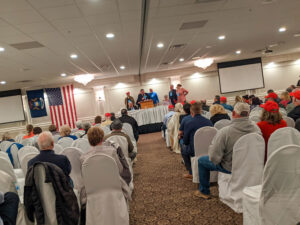 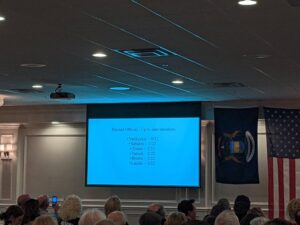 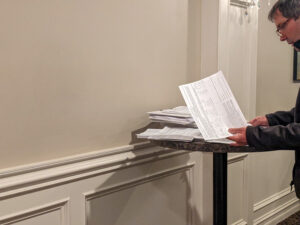 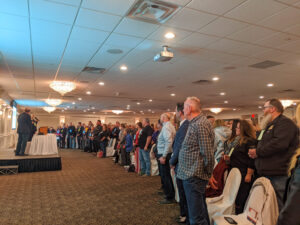 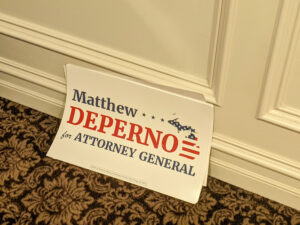 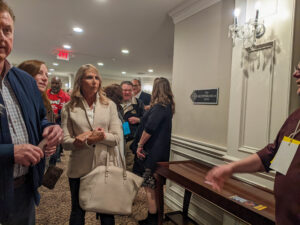 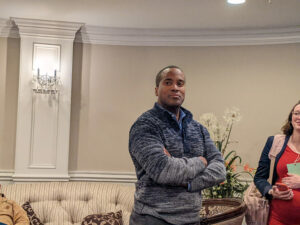 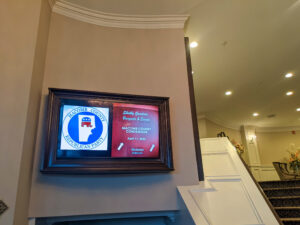 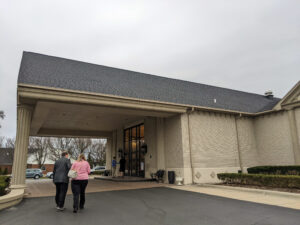 Former state Sen. Peter Lucido, who was present for most of the raucous gathering, was elected Macomb County prosecutor in 2020. He was previously stripped of a prominent Senate chairsmanship for sexual harassment months prior, and now faces new claims of sexual harassment from employees at his new office.

“This party is a mess,” Lucido said while he watched the night unfold from the back of the room.