‘We’re sick and tired of this’: Protesters continue to march for justice for Lyoya

Taylor Minor stood up through the sunroof of a car as a protest for Patrick Lyoya, a 26-year-old Black man who was fatally shot in the head earlier this month by a Grand Rapids police officer, marched past Friday evening.

“No justice, no peace,” Minor, 25, of Grand Rapids, chanted with the crowd.

Within minutes, she was marching alongside hundreds of others who took to the streets for the fourth straight day of protests seeking justice for Lyoya.

“I grew up with all brothers. I have a Black father,” said Minor. “These are things they have run into before when interacting with the law. They’ve never had a good time.”

On Wednesday, the Grand Rapids Police Department (GRPD) released several videos showing the officer shooting Lyoya on April 4. The four videos are from the officer’s body-worn camera, an in-car camera, a home surveillance system and a cell phone recording.

Now, protesters are demanding real change in how the GRPD polices Black communities and for the GRPD to release the name of the officer and to arrest him for killing Lyoya.

“I’m not saying all law enforcement is bad, but we’re sick and tired of this,” said Minor. “This happens too often and we see it too much.”

May Rickey, a graduate student at Grand Valley State University, told organizers of the protests for Lyoya that she wants to help ghostwrite or edit proposals to improve life in Grand Rapids for the Black Community through the Participatory Budgeting Grand Rapids (PBGR) initiative. 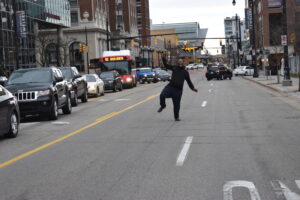 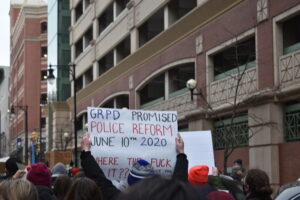 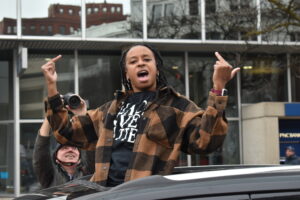 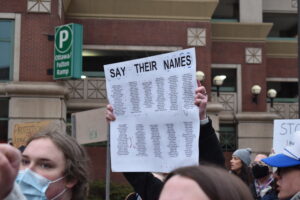 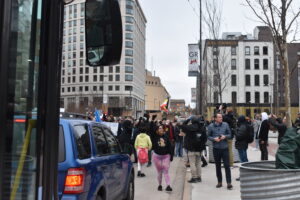 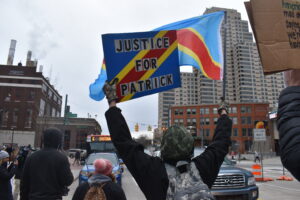 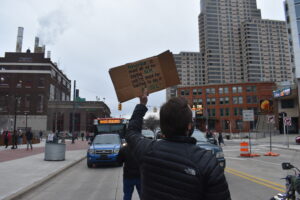 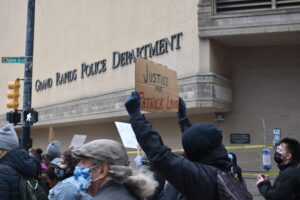 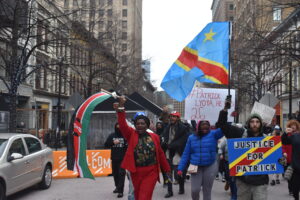 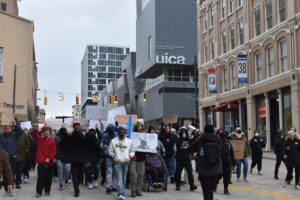 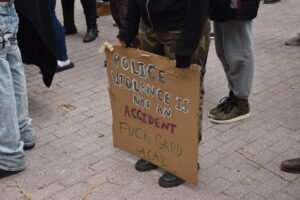 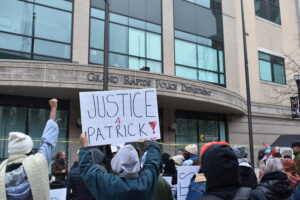 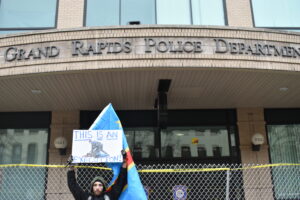 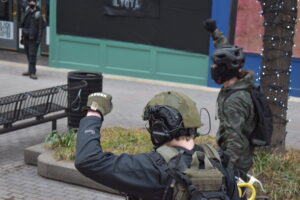 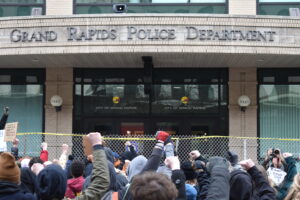 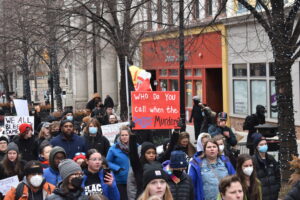 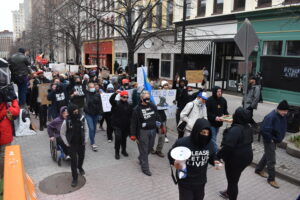 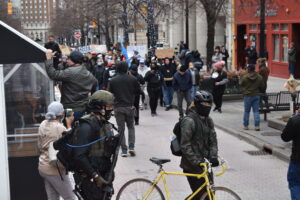 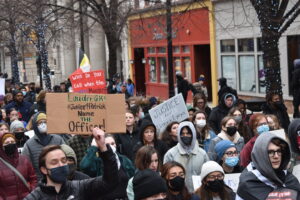 The initiative was designed to remove barriers and ensure diverse groups and marginalized voices have a direct, equitable impact in allocating the city’s $2 million of American Rescue Plan Act funding.

“I think the ideas from the city should be shared,” Rickey said. “I don’t want to talk over Black voices or other voices of color from within the community, but I really want to help uplift the community and bring whatever money and resources that I can.”

As a Korean-American, Rickey said that a fight for Black lives is a fight for all lives of color.

“Every fight for social justice, for equality, for equity, is our fight,” Rickey said. “So if one of us succeeds, we all succeed.”

‘We’re sick and tired of this’: Protesters continue to march for justice for Lyoya