‘This was a human rights issue’: Over 1,000 people gather to mourn Lyoya, call for justice

A packed church of more than 1,000 people from across the world on Friday mourned and celebrated the life of Patrick Lyoya with prayers, song and a call for justice.

“I come here today to … tell you this can not end today,” said the Rev. Al Sharpton, who delivered the eulogy at Lyoya’s funeral at the Renaissance Church of God in Christ in Grand Rapids.

Lyoya, a 26-year-old Black man, was fatally shot in the back of the head by a Grand Rapids police officer on April 4 after being pulled over during a traffic stop. Now, as the family and community mourn him, they also call on the Grand Rapids Police Department (GRPD) to release the name of the officer.

“To add insult to injury, they’re telling this family that they will not release the name of the one responsible for this death. Talking about how they won’t release the name until he is charged. Every time a young, Black man or woman is arrested in this town, you put their name all over,” Sharpton said. “Are you saying that if he is never charged, then we will never know his name?”

Sharpton, founder of the National Action Network, called on the U.S. Department of Justice to investigate the killing of Lyoya and the GRPD.

“We don’t want local politics to compromise justice,” Sharpton said. “We’re calling on the U.S. Department of Justice to stand up for the civil rights of Patrick Lyoya.” 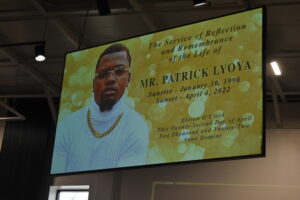 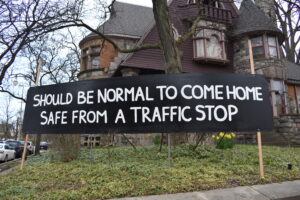 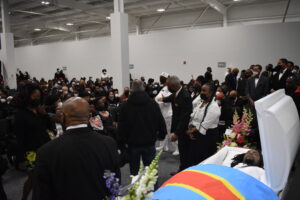 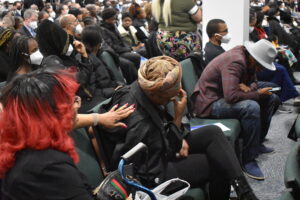 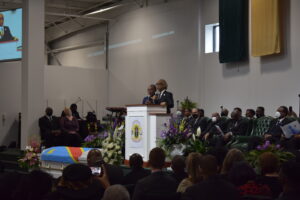 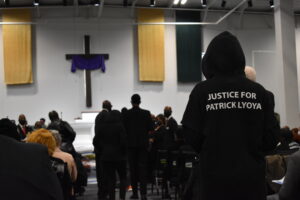 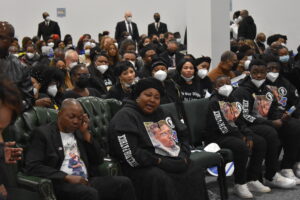 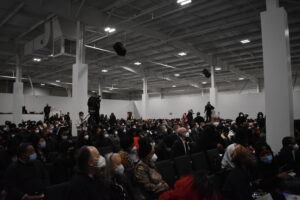 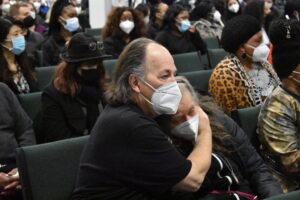 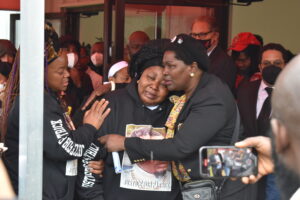 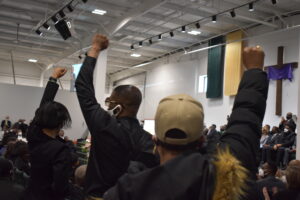 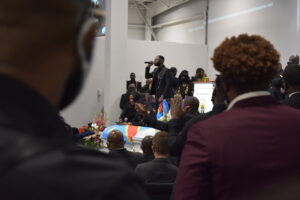 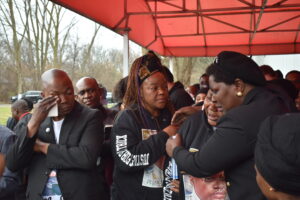 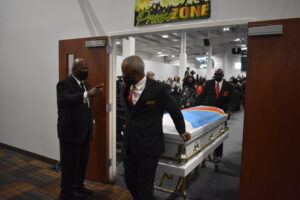 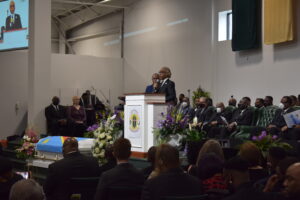 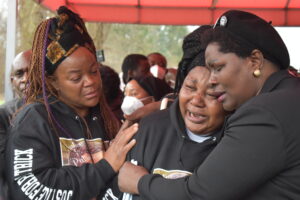 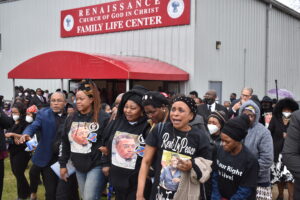 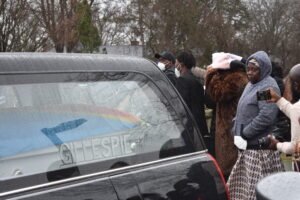 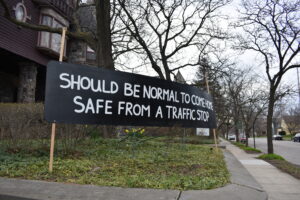 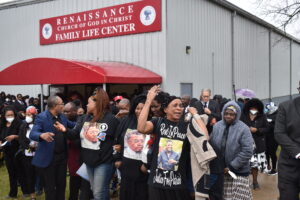 On April 13, the GRPD released the four videos from the officer’s body-worn camera, an in-car camera, a home surveillance system and a cell phone recording showing the officer chase Lyoya on foot before tackling him to the ground, deploying his taser twice without making contact with Lyoya and shooting Lyoya in the back of the head.

An independent autopsy performed by world-renowned forensic pathology expert Werner Spitz found that the gun was likely pressed up against Lyoya’s head and that Lyoya likely did not put up a fight against the officer.

The Lyoya family is represented by Ven Johnson of Ven Johnson Law and Ben Crump, a national civil rights attorney who represented the families of George Floyd and Breonna Taylor, two African Americans who were killed by police.

U.S. Rep. Brenda Lawrence (D-Southfield), the only Black official in Michigan’s congressional delegation, also was sitting near the pulpit.

“This is personal to me,” Lawrence said. “This is my community. And if I don’t stand up, who will?”

For over a week, hundreds of people have protested in Grand Rapids, and other cities around the state, calling for justice for Lyoya. Their demands include that the police department release the officer’s name, put him on unpaid leave until the conclusion of the Michigan State Police investigation, fire him and then arrest him.

“Is this the Michigan that just not long ago you would not convict men that threatened to kidnap the governor of Michigan? Now you want to protect the name of a police officer who shot somebody in the back of the head?” Sharpton asked. “Is this Michigan 2022 or Mississippi 1952?”

‘This was a human rights issue’: Over 1,000 people gather to mourn Lyoya, call for justice