Advocates rally to raise awareness as almost 25,000 Michigan children were abused in 2021

Around 200 advocates flocked to the Michigan Capitol on Tuesday to raise awareness about preventing child abuse and neglect, planting pinwheels in the ground across the city afterwards as part of the 14th annual event hosted by the Children’s Trust Fund.

More than 16,000 complaints of child abuse and neglect were confirmed in Michigan in 2021, representing 24,491 victims.

“That is 67 victims a day. Our goal must be zero,” Lt. Gov. Garlin Gilchrist said at the event Tuesday.

The Children’s Trust Fund was established by the state Legislature in 1982 and is housed within the Michigan Department of Health and Human Services (DHHS). It aims to promote the health, safety and welfare of families and children by funding programs and services that prevent child abuse and neglect.

Gov. Gretchen Whitmer declared April as Child Abuse Prevention Month. The pinwheels planted at the event Tuesday are recognized nationally as a symbol of the issue.

“[The pinwheel] serves as an uplifting reminder of childhood and the bright futures all children deserve,” said Suzanne Greenberg, executive director of the Children’s Trust Fund. 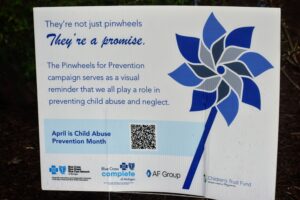 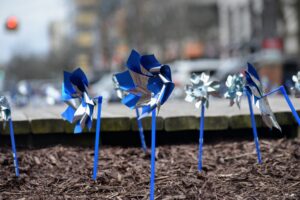 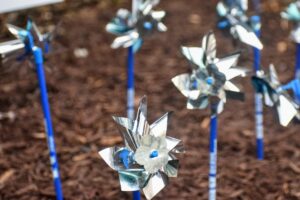 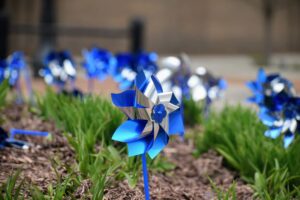 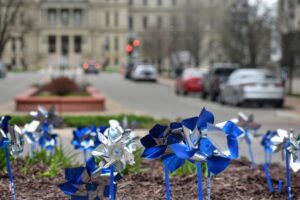 On Tuesday, the Michigan Legislature greenlit the final passage of a bill package aimed at strengthening the state’s ability to track child abuse cases.

House Bill 5276 — named “Wyatt’s Law” for 9-year-old Wyatt Rewoldt, who experienced severe physical abuse from his father’s then-girlfriend in 2013 — would create an online registry for child protective services data. Similar to the state’s sex offender registry, it would allow parents and agencies to obtain information about convicted child abusers.

Wyatt’s Law had sat in the state Legislature for seven years before its anonymous approval by members on both sides of the aisle in both the House and Senate. A Senate substitute was concurred in the House on Tuesday and HB 5276 and its companion bills — including House Bills 5274 through 5280 — now head to Gov. Gretchen Whitmer’s desk for approval.

“I am incredibly proud that this bill has finally passed the Legislature after the better part of a decade of work,” state Rep. Kevin Hertel (D-St. Clair Shores) said today after the final passage of Wyatt’s Law.

“Without the tireless efforts of those who advocated for the passage of Wyatt’s Law, we would not be in this position today. I look forward to seeing this finally become the law of the land in Michigan.”

Advocates rally to raise awareness as almost 25,000 Michigan children were abused in 2021

Here's the full text of Biden’s State of the Union address by Michigan Advance March 2, 2022
In wake of Lyoya’s death, a reckoning with Grand Rapids’… by Anna Gustafson May 7, 2022
‘He’s doing their bidding’: Critics say Republicans use… by Anna Gustafson April 17, 2022