A coalition of national and local groups announced on Monday plans to carry out a four-day commemoration in Detroit to remember a Chinese American man who was fatally beaten in 1982.

The Vincent Chin 40th Remembrance & Rededication will reflect and continue efforts to push back against hate, planners said during a news conference in Detroit. The effort will take place June 16 to 19.

“The horrific beating death of Vincent Chin in 1982 on the eve of his bachelor party led to a landmark civil rights movement led by Asian Americans,” said Helen Zia, executor of the Vincent and Lily Chin Estate and a co-founder of American Citizens for Justice (ACJ), which formed in 1983 to seek justice for Chin. “The present-day wave of anti-Asian hate violence has rekindled awareness of Vincent’s legacy. Our hope is that these events will engage present and future generations in the commitment to social justice and the fight against racism and hate.”

Forty years ago, some autoworkers resented the rise of Japanese automakers and their increased share of the American market. Chin, a former Highland Park and Oak Park resident, was murdered in June 1982 by disgruntled white automakers who thought that he was Japanese.

“It’s because of you little motherf—ers that we’re out of work,” witnesses would later testify hearing an attacker state.

After being savagely beaten with a baseball bat, Chin lay in a coma and died four days later. The 27-year-old was scheduled to be married later that month. 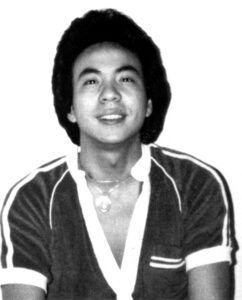 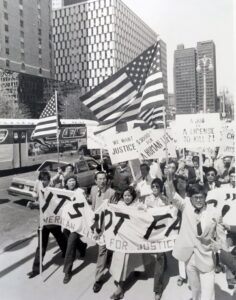 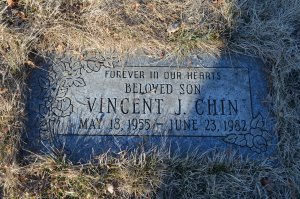 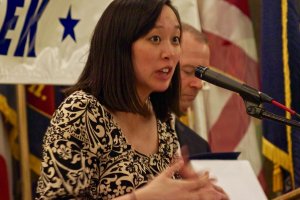 The case made the national news. Michael Nitz and Ronald Ebens were charged with second-degree murder and subsequently pleaded guilty to manslaughter the following year for the beating death. They did not serve time in prison, but were sentenced to three years of probation.

The set of commemoration events will feature a “national conversation on democracy, racial justice and Asian Americans” and a special screening of the acclaimed, Academy Award-nominated film, “Who Killed Vincent Chin?”

The planning committee includes the Vincent and Lily Chin Estate; ACJ; the Center for Asian American Media (CAAM); the city of Detroit Office of Arts, Culture, and Entrepreneurship; and Detroit Public Television. The Kresge Foundation is the presenting sponsor for the landmark events.

“These events are about remembrance and rededication of a hate crime that defined our civil rights movement,” added Roland Hwang, president and co-founder of ACJ, and a member of the planning committee.

State Sen. Stephanie Chang (D-Detroit), the first Asian-American woman elected to the Michigan Legislature and founder of the Asian American and Pacific Islanders Caucus, said the effort is important.

“We still have so much more to do, but in many ways we are still where we were. [It is] an important opportunity for us to reflect.”

Detroit Mayor Mike Duggan said the Vincent Chin case “was a deep lesson … that our criminal justice system behaves differently because of the color of your skin.”