‘They will not take our rights away’

Bans Off Our Bodies protest in Lansing on May 3, 2022 | Allison R. Donahue

When Tamera Lagalo, 39, of East Lansing, gave birth to her daughter 16 years ago, she almost died.

“They told me if I ever got pregnant again, I wouldn’t survive,” Lagalo said, as she stood in the rain Tuesday outside the state Capitol protesting the U.S. Supreme Court’s draft decision to overturn Roe v. Wade that was leaked Monday night.

Lagalo fears that her daughter, who protested alongside her, wouldn’t have the same rights she was afforded by the 1973 landmark decision in Roe, which declared abortion to be a constitutional right.

While the leaked decision isn’t final, and abortion is still legal in Michigan, many fear that it won’t be long until it is a felony to perform abortion in the state.

The Supreme Court, which is considered to have its most right-wing makeup in decades, heard arguments on a Mississippi law banning abortions after 15 weeks in December. Abortion access advocates have been waiting on a decision, which has been expected to be released by end of the court’s term in June.

If Roe is overturned, Michigan’s 1931 state law goes into effect that criminalizes abortions in all instances unless it is to protect the life of the pregnant woman. Roe v. Wade superseded the 90-year-old law.

The cold, rainy weather didn’t stop hundreds from gathering in Lansing for the Bans Off Our Bodies protest, less than 24 hours after the draft was leaked.

“I was up until two in the morning,” Lagalo said, reflecting on her restless night after hearing the news.  “I could not go to bed. I had to have a plan or something. I know that I can’t change the Supreme Court ruling, so I have to do it at a state level and that means mobilize.”

In a tearful speech to the crowd, Chang said the “last few months and especially the last 24 hours has been difficult.”

“But abortion is still legal here in Michigan today,” Chang said. “And our fears unfortunately are coming true. We all know that our reproductive freedom is under attack, but it’s been a repeated effort for years on the part of Republicans to chip away at our rights over and over again.”

In 2021, states enacted more than 100 laws putting additional restrictions on abortion, the most ever in a year.

Michigan’s GOP-controlled Legislature introduced several bills that could have created additional challenges to access abortion care in the state, but were blocked by Democratic Gov. Gretchen Whitmer.

Whitmer has begun her own attempt to protect abortion care. She filed a lawsuit last month seeking to recognize the right to an abortion under the state Constitution and to strike down the state’s 1931 abortion ban law. 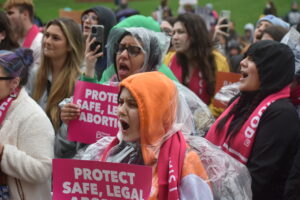 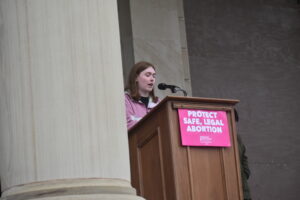 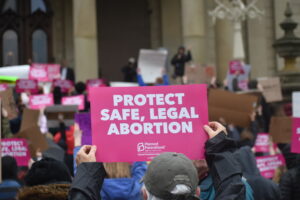 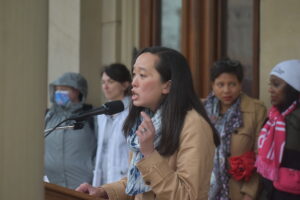 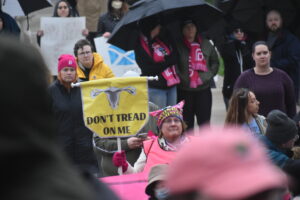 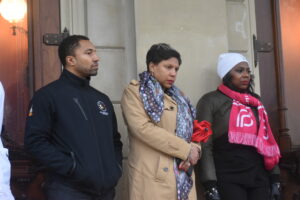 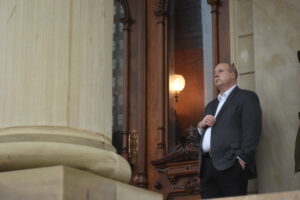 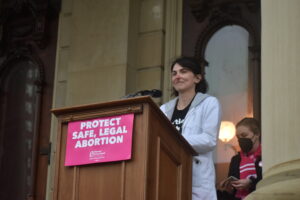 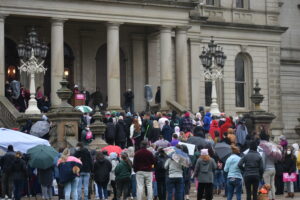 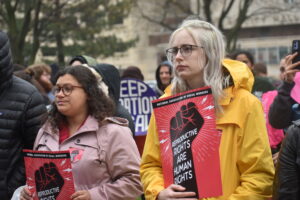 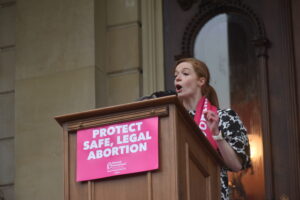 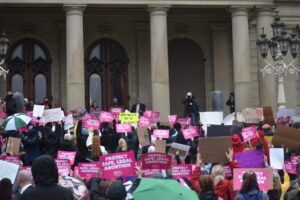 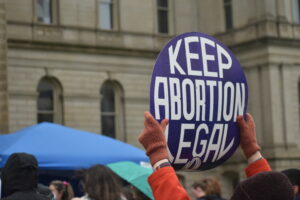 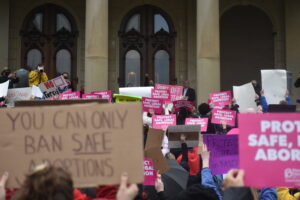 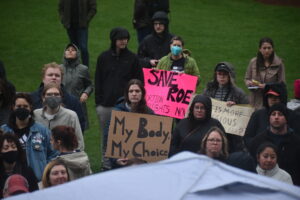 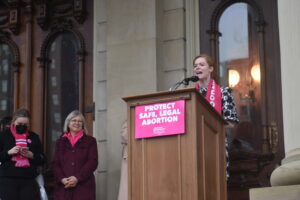 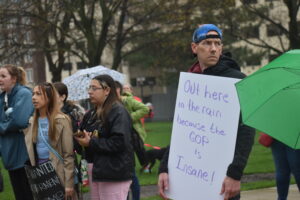 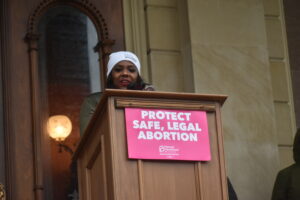 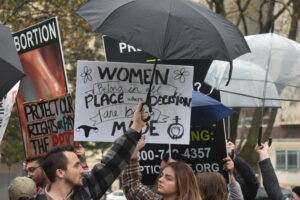 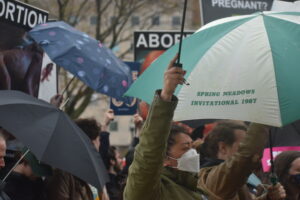 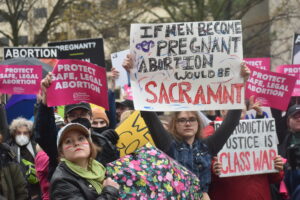 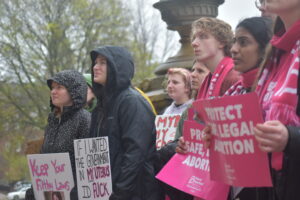 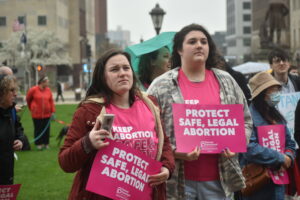 The speakers at Tuesday’s protest called on the crowd to sign the petition to get the Reproductive Freedom for All initiative on the November 2022 ballot. The proposal, if passed, would amend the state Constitution to explicitly affirm Michiganders’ right to make and carry out decisions relating to pregnancy, including abortion, birth control, prenatal care and childbirth.

Taylor Belyea, the president of Michigan State University’s Planned Parenthood Generation Action, was out collecting signatures for the ballot proposal.

In order to get in front of voters, the ballot initiative will need 425,059 signatures — 10% of the total votes cast in the 2018 gubernatorial election.

“We’re confident that we can get the signatures and we’re confident you know that the majority of Michigan voters will vote yes and and protect the right to abortion,” Belyea said. “It’s a little bit more sturdy than a legal or legislative kind of approach. It’s a grassroots approach to protecting this and it’s the people who are deciding.”

Some counter-protesters showed up at the capitol with signs that read “Roe has got to go” and photos of fetuses. The small group of anti-abortion protesters were quickly drowned out by cheers from the large crowd and the graphic signs were covered by umbrellas.

‘They will not take our rights away’

‘It provided hope’: Michigan advocates look ahead after… by Anna Gustafson August 7, 2022
Why experts say the fall of abortion rights is a key sign of… by Anna Gustafson September 25, 2022
States rush to revise their abortion laws as a major U.S.… by Jennifer Shutt April 25, 2022