Beatrice Menase Kwe Jackson holds her drum, signed by water protectors at Standing Rock, at the “Heart of the Turtle” international Indigenous gathering in opposition to oil pipelines, Mackinaw City, May 13, 2022

If Gov. Gretchen Whitmer had her way, Friday would have marked one year since the two 20-inch underwater pipelines in the Straits of Mackinac last saw a drop of Canadian crude oil.

Instead, the flow of oil through the twin Line 5 pipelines has not ceased — although neither has the rising tide of international pipeline resistance.

Canadian pipeline company Enbridge has been considered an international trespasser in the Straits by the state of Michigan since May 13, 2021. Rather than complying with Whitmer’s order months before to cease operation by that date, Enbridge refused and filed a federal lawsuit to solidify their claim that only a federal agency can force a Line 5 shutdown.

That lawsuit remains pending as a federal judge deliberates.

Tribes, activists from across U.S. gather up north in solidarity of Line 5 fight

Indigenous citizens from tribes in Michigan, Wisconsin, Minnesota, Maine, Canada and even Siberia, Russia, joined together Friday in Mackinaw City on the anniversary of the attempted Line 5 “eviction.” The numerous speakers uplifted treaty rights, shared Native wisdom and spoke out against extractive industries that disproportionately build into Indigenous lands.

Chelsea Fairbank of Maine, whose doctoral work focuses on extractive fossil fuel sites on land that impacts Indigenous people in particular, said all residents of Turtle Island (North America) and beyond must break their “colonial relationship to land.”

Indigenous activists and their supporters are “pushing back against the monsters of our world,” Fairbank said, pointing to oil infrastructure like Line 5 in Michigan and Line 3 in Minnesota. Both are owned by Enbridge and snake through treaty territories.

She and others spoke to the importance of protecting treaty lands and waters from the dangers that fossil fuel projects can bring, like potential damage to manoomin (wild rice) in the Great Lakes region.

Hinmon is a Little Traverse Bay Bands of Odawa Indians (LTBB) citizen  and a treaty rights enhancement specialist for his tribe. 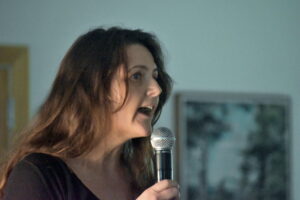 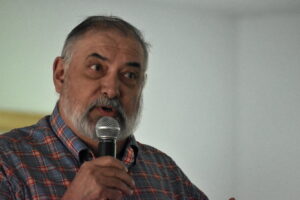 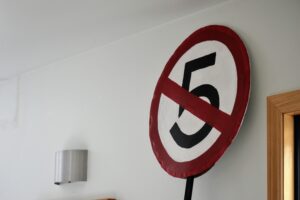 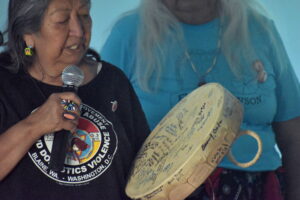 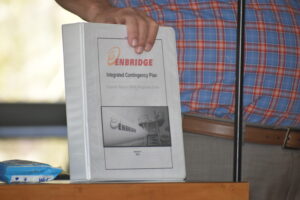 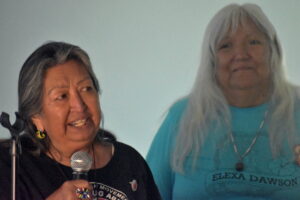 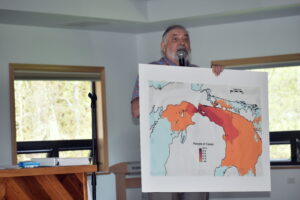 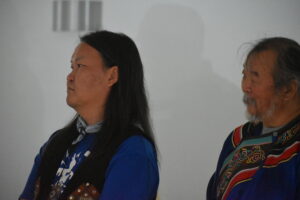 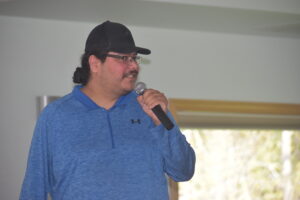 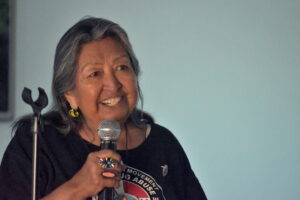 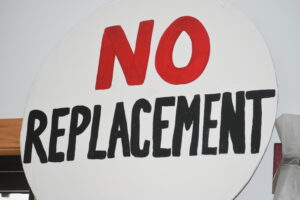 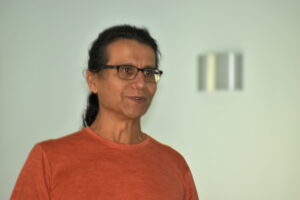 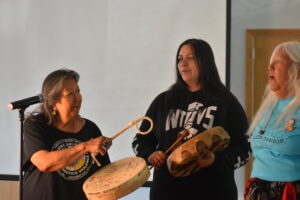 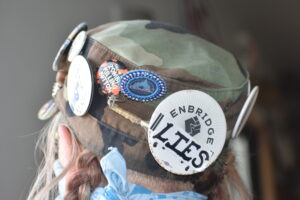 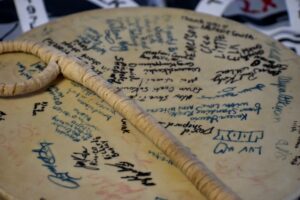 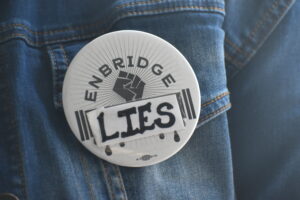 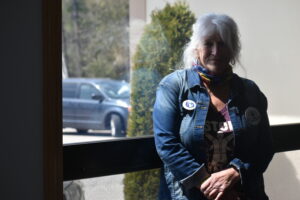 Other speakers included a hydrogeologist, a chemical engineer, a hydrologist and more to underscore the potential environmental threats from oil pipelines. Sean McBrearty of Oil & Water Don’t Mix and Clean Water Action also shared the podium and broke down the legal fights over Line 5.

Those speaking through the Indigenous lens included Pueblo/Yaqui/Apache attorney and activist Holly T. Bird, Skyler Williams from the Mohawk Nation of the Wolf Clan, Layla Staats of the Haudenosaunee, Amber George of the Wet’suwet’en Nation and several speakers, musicians and dancers from the Siberian region of Russia.

The all-day event was punctuated by traditional dance, song and stories from various tribal backgrounds. Indigenous water protector group MackinawOde organized the two-day event which is slated to have an outdoors component in Mackinaw City on Saturday.

Line 5 was built in 1953 and stretches from the far western border of the Upper Peninsula down into Canada near Detroit, running for approximately four miles under the environmentally sensitive Straits of Mackinac on its way into the Lower Peninsula.

All 12 federally recognized tribes in Michigan publicly oppose the Line 5 pipeline and its proposed tunnel-enclosed replacement.