On a large plot of land northeast of Harbor Springs, thousands of juvenile fish native to the Great Lakes are being meticulously monitored and raised for release by tribal citizens.

Staff at the Little Traverse Bay Bands of Odawa Indians (LTBB) Natural Resources Department have been working dutifully since 2013 to make their 80-acre fish hatchery the centerpiece of their efforts to revitalize vulnerable fish species in the 1836 treaty territory.

“… It’s important for our fishing treaty rights to have a healthy fish population.”

Tribal efforts to preserve native species populations doesn’t stop at fish. Additional conservation efforts include wild rice (manoomin) preservation — in which Hinmon is intricately involved — as well as fundraising to build a tribal eagle aviary and rehabilitation center, to name a few.

In late May, NRD staff drove down to the Harbor Springs public boat launch carrying tens of thousands of lake whitefish fingerlings to release into Little Traverse Bay.

“Whitefish is a native species of the lake and it’s one of our favorite fish. It’s important to keep them complete for the ecosystem.” 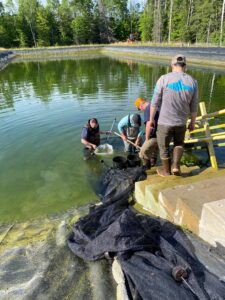 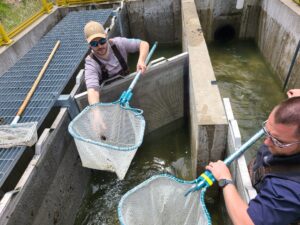 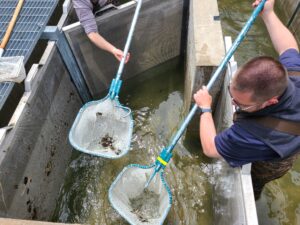 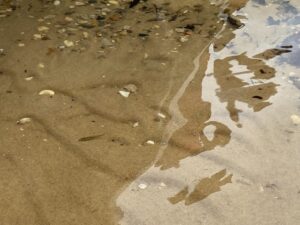 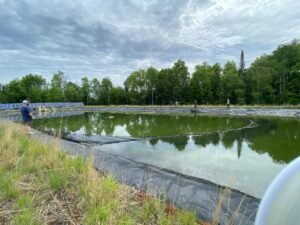 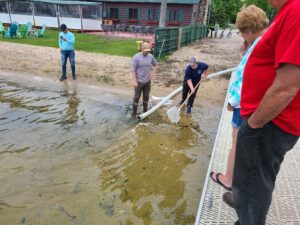 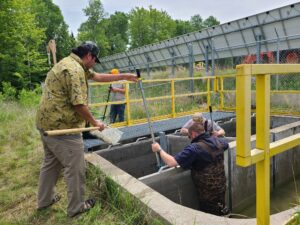 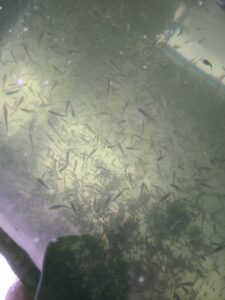 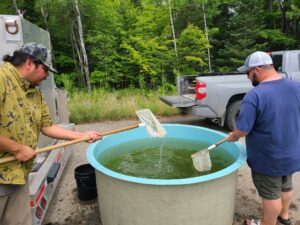 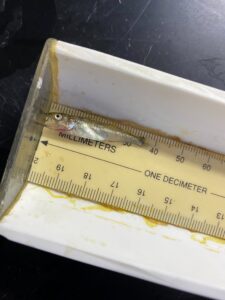 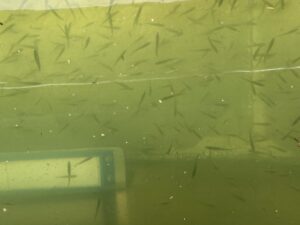 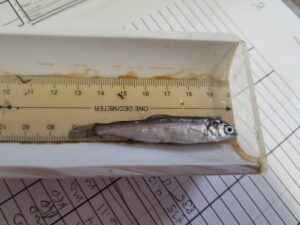 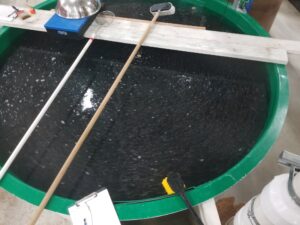 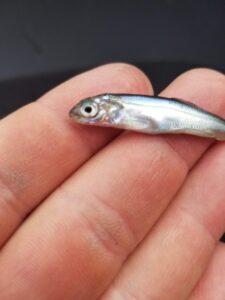 A little more than two weeks later, on Monday, it was the walleyes’ turn to be set free.

“I think last year they had like four [walleye] fish. This year they have thousands — it’s a huge deal,” Hinmon said.

On Monday, NRD staff drained the walleye pond at the Levering-area hatchery to capture the 8,760 finger-length juvenile fish that had been growing there since May. The fingerlings, as they are called, were grown from eggs collected by Sault Tribe of Chippewa Indians biologists from the St. Marys River in April that were intubated by the tribe in the U.P. before being transferred to the LTBB facility.

Having grown to “stocking size,” the walleye were collected Monday and loaded into a stocking trailer for their final journey to Cheboygan County’s Douglas Lake.

A similar process happens at least once every year for each species of fish, Hinmon said, which happens as a result of meticulous work from tribal staff and volunteers.

Lake herring, also called cisco, are particularly difficult to bring up in a hatchery for release. “I don’t think anybody’s successfully raised cisco in a hatchery until we did it,” Hinmon said.

This work is incredibly important “to sustain the health of the Great Lakes, for one,” he said, as both whitefish and walleye have been dwindling in population in the Great Lakes throughout the last decade. Whitefish in particular are now vulnerable species in Lakes Michigan and Huron.

“For us to go out and find them and help them along, it’s a big deal,” Hinmon said.