With focus on climate and abortion, Elizabeth Warren stumps for Andy Levin

Warren, who previously worked with Levin (D-Bloomfield Twp.) on the Build Green Act, said that the planet is on fire as she rattled off a plethora of things Democrats need to do to address climate change, from clean energy to insulating homes to electric vehicle adoption.

But Warren said the warnings of experts fall on deaf ears for Republicans in Congress.

“When your ears are stuffed with money from the fossil fuel industry, you can’t hear from the American people who say, ‘It is time to fight the climate crisis head on’,” Warren said at the campaign event in downtown Pontiac. “Andy Levin knows climate. Andy Levin has put himself on the line on climate. And when, in January 2023, we are out there in this fight, when we have our two more senators in the U.S. Senate … and we have held onto the U.S. House, and we are in that foxhole to take on that climate fight, I want to look over and see that Andy Levin is fighting right alongside me.”

Levin and Stevens, who previously worked for the Obama administration and flipped a Republican-held seat in 2018, are incumbents running against one another in the Aug. 2 primary after the Michigan Independent Citizens Redistricting Commission completed news maps for each of Michigan’s congressional, state Senate and state House districts last year. The new 11th Congressional District encompasses Royal Oak, Birmingham, Farmington Hills, West Bloomfield Township, and Pontiac.

Warren cited workers’ rights as another reason she decided to endorse Levin.

“I’m excited about what’s happening in the union movement. This is really terrific. Right now, watch the baristas. God, the baristas are organizing. They’re doing it in Starbucks, they’re doing it in independent places,” Warren said. “Here’s the problem. I celebrate with them, I go out and try to help, I do videos for the programs. But the truth is it’s just too damn hard. It’s too hard to organize right now. The playing field is not level. It is tilted toward the employers. The employers have way too much room to intimidate, to mislead, to threaten and to retaliate.” 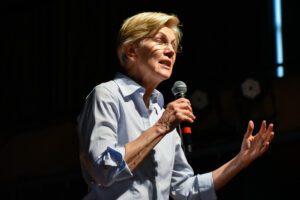 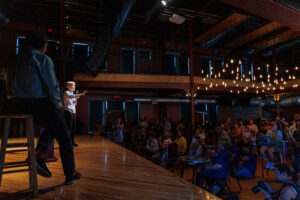 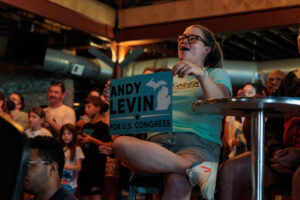 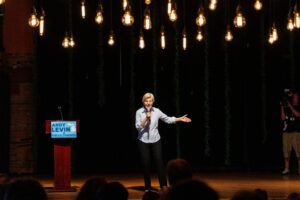 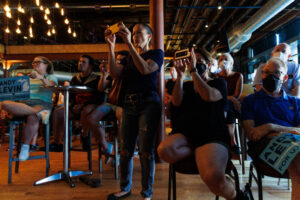 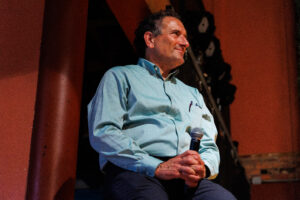 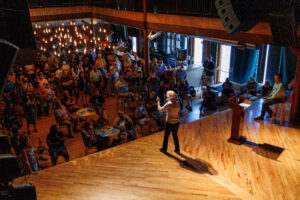 Levin has been endorsed by labor unions such as the American Federation of Teachers (AFT) Michigan, Service Employees International Union (SEIU) and United Food and Commercial Workers (UFCW) Local 951. He received Warren’s endorsement in June and has also been endorsed by U.S. Sen. Bernie Sander (I-Vt.), who will hold a rally with Levin July 29.

“It has never been more important to have pro-choice women in office to enshrine abortion rights into law and defend the rights of America’s women and girls,” Clinton said in a statement.

“In 2018, Haley Stevens stepped up and flipped a red seat blue and became the first woman to represent Michigan’s 11th District in Congress because she refused to sit on the sidelines while Donald Trump’s radical Republican agenda went unchecked.”

Warren also touted abortion rights as another reason she was campaigning for Levin.

Levin also trails Stevens in fundraising, with Stevens raising more than $1 million in the second quarter of 2022 to Levin’s $555,218.

Levin reported having $1.1 million cash on hand at the time, compared to Stevens’ $1.8 million.

“He knows how to deliver. He’s pragmatic, yeah, he gets it done. But this could be hard, for a really ugly reason. He’s getting outspent,” Warren said. “He’s getting outspent more than two to one. He’s in a race right now that is uphill because those with a lot of money have said they don’t want him back in Congress. And that worries me. It worries me not just in this race, it worries me for our democracy. He’s got to run uphill because he has given it everything he’s got.”

With focus on climate and abortion, Elizabeth Warren stumps for Andy Levin

Amid major federal investment in electric cars, it’s time… by Robert Zullo November 15, 2022
‘It provided hope’: Michigan advocates look ahead after… by Anna Gustafson August 7, 2022
Why experts say the fall of abortion rights is a key sign of… by Anna Gustafson September 25, 2022