Levin refused to take questions from the media after concession speech

At 8:32 p.m., a little over half-an-hour after polls closed in most of Michigan, a Cook Political Report analyst called the race for Stevens, with the Associated Press and other following suit over the course of the night.

Stevens declared victory before 9:30 p.m., posting a short social media statement: “Thank you, Michigan’s 11th District. I will not let you down!”

“When I was a young man, I guess I could have gone into politics. My dad entered Congress when I was 22 or so, my uncle was already a U.S. senator. It would’ve been natural, probably, for me to run for office,” Andy Levin said, slowing the pace of his speech and tearing up. “But I was turned off by the amount of money in politics and the amount of compromising in politics.

Levin unsuccessfully ran for the state Senate in 2006.

“When I went to Congress, and I ran for Congress,” Levin added. “I was clear that I was going to run and serve as an unapologetic progressive. And that’s what I feel like this campaign has been about, and you all have just poured your hearts into running a campaign that stood for those values.”

Levin told his supporters that he called Stevens to concede.

“I just called my colleague, Congresswoman Haley Stevens,” Levin said to some booing from audience members at his Election Night event, which he shut down before continuing. “And I congratulated her on her victory in this primary election. I want to ask all of you to join me in committing to support her to make sure we win the new Michigan 11th District on Nov. 8,” which was met with applause from the audience.

“She ran a strong campaign and she won what looks like a solid victory, so my hats’ off to her.”

Stevens and Levin boasted similar voting records, but the candidates differentiated their platforms, with Levin focusing on progressive policies like Medicare for All and the Green New Deal, while Stevens voiced support for strengthening Obamacare and her background as an Obama administration official aiding Michigan’s automotive industry during the 2008 Great Recession.

In the weeks before the election U.S. Sens. Bernie Sanders (I-Vt.) and Elizabeth Warren (D-Mass.) traveled to Michigan, rallying behind Levin. Sanders and Warren both ran unsuccessfully for president as Democrats in 2020, with Sanders also running unsuccessfully in 2016. 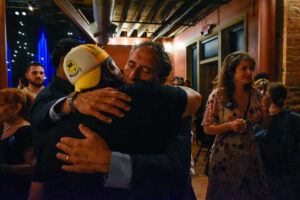 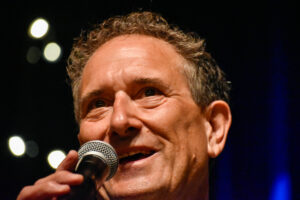 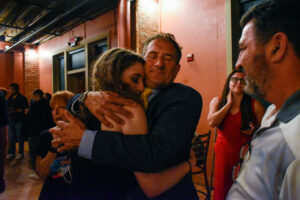 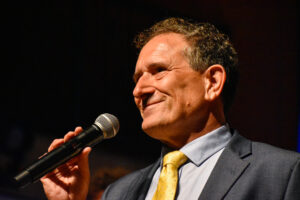 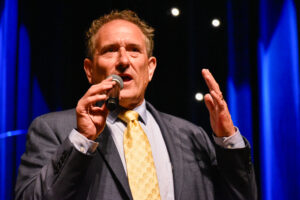 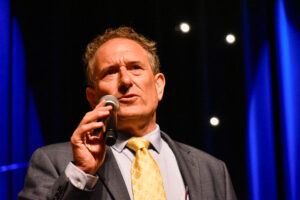 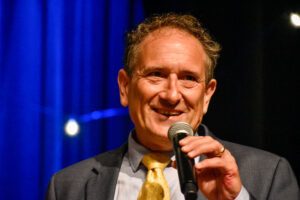 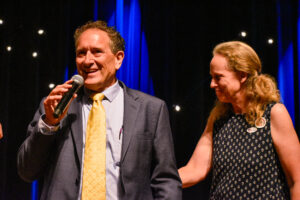 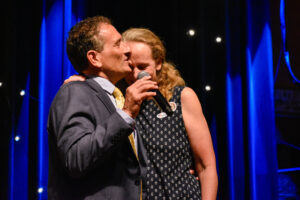 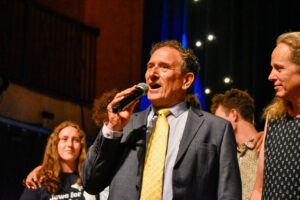 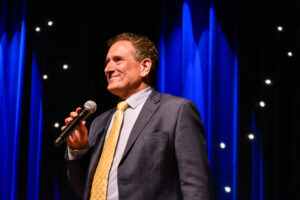 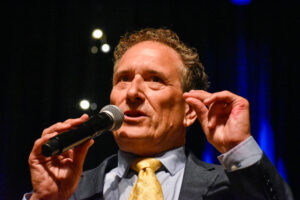 “We came up a little short this time, but I’ve got a question or two to ask you,” Levin said, shouting out issues ranging from abortion rights to climate change, structural racism to workers’ rights. “We must all commit to continuing to work to save our democracy. Our democracy is hanging by a thread. … I am looking forward to fighting for our democracy and for justice and for our planet with all of you.”

“I’m concerned about the health of our democracy. That’s certainly something we have to fight to save. I’m concerned about the amount of outside dark money that flooded into this campaign. Overall, with the outside money and our campaigns, we were probably outspent by five to one,” Levin said. “We have a question to face as a Democratic Party about whether we’re going to allow outside money from Republicans to pollute our primaries where Democrats are supposed to pick our own nominee to take on Republicans in November. I promise to keep working on that issue, and to try to fight on that issue.”

Stevens will face off against Republican candidate Mark Ambrose in November.