After a trip to an agricultural expo near St. Johns, U.S. Sen. Debbie Stabenow (D-Lansing) and U.S. Rep. Elissa Slotkin (D-Holly) stopped by Lansing’s Forest Community Health Center to praise elements of a law slated to be signed Tuesday that aims to lower drug prices for Americans on Medicare.

Stabenow and Slotkin emphasized Tuesday, the act will help scores of Michiganders pay less for their prescriptions.

“We have been in an epic battle to bring down the cost of prescription medicine for years,” Stabenow said. “ … We stood up to Big Pharma and were successful on behalf of people in Michigan, people across our country at beginning the process of lowering prices.”

The Inflation Reduction Act will, among other things:

Stabenow and Slotkin said that the next step is to extend the cost caps for everyone, not just seniors, which was blocked in the final bill.

Calling the bill “monumental” in its moves toward lowering prescription costs, Slotkin said this is a “full-circle moment” for her. The Democrat was first prompted to run for office in 2018 after her family dealt with crippling medical expenses when her late mother became sick and eventually died from ovarian cancer.

“I wouldn’t wish that on my worst enemy,” Slotkin said of the experience.

The lawmakers underscored that the act will, at long last, allow and even require Medicare to negotiate drug prices on some of the most expensive and widely used drugs. It has not been permitted to do so for more than two decades.

Those negotiations that are required to begin in 2023 will see lower prices beginning to take effect in 2026. Medicare will then negotiate lower costs of 10 drugs that year, 15 more drugs in both 2027 and 2028, and 20 additional drugs each year going forward.

Kovnot said she deals with high prices for medications to treat her osteoporosis and asthma, and hopes that there will someday be lower-cost generic drugs available to her.

Capping insulin prices at $35 per month for Medicare beneficiaries is a “big deal,” Stabenow said, but noted that Democrats had tried to make it so everyone — not just seniors — could have access to the cap. Senate Republicans used a budget maneuver to remove that provision from the bill. 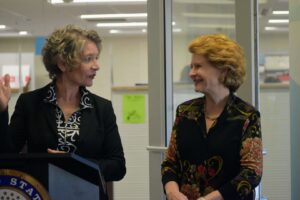 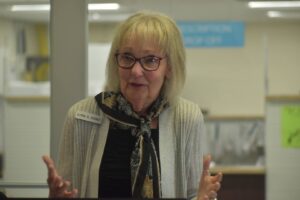 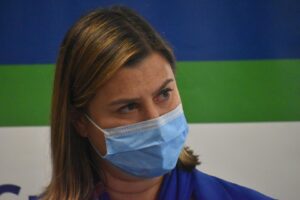 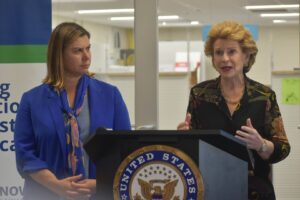 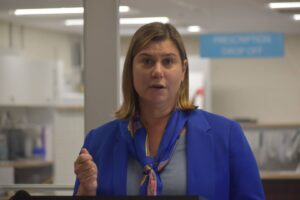 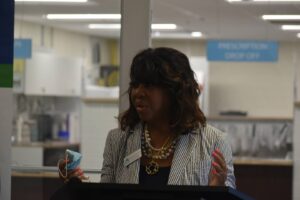 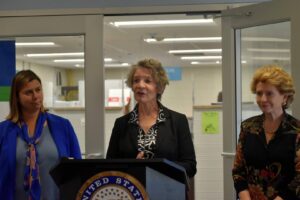 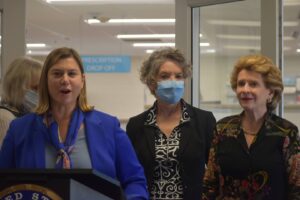 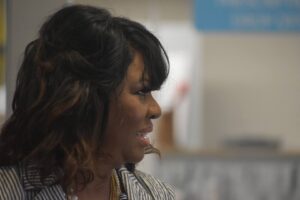 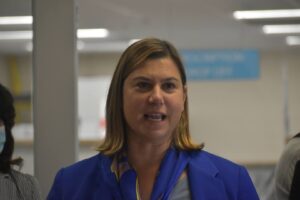 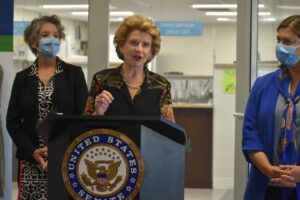 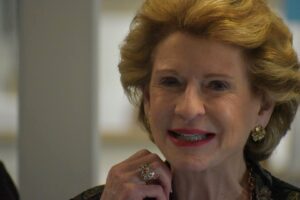 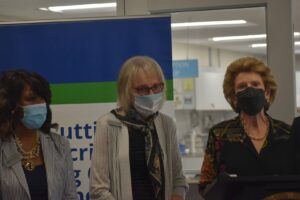 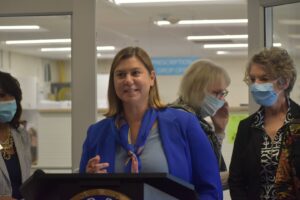 “Step one is Medicare, for seniors and people with disabilities. And at whatever opportunity we can, we can make sure that it goes farther,” she said. “ … The Republicans have made it very clear that they stand with Big Pharma every step of the way.”

Stabenow said that if Republicans do regain control of Congress in November, it will “slow us down” for the next steps but not derail the work.

“People will stand with us, and we will make sure they cannot repeal what we have done.”

Stabenow and Slotkin said that they have both received pushback from pharmaceutical lobbyists about trying to bring down prescription costs, but remain committed.

“The average person understands that our drug prices are too high,” Slotkin said. “Therefore, I think this is a people issue rather than a political issue for most.”