Ken Coleman: Black journalists must continue to fight for diversity, equity and inclusion

Journalism matters and so does minority representation in newsrooms. As a 54-year-old Black man who has been around the block a few times for the last 31 years, that’s been my mantra.

On Thursday, Detroit’s National Association of Black Journalists (NABJ) chapter kicked off a set of events to celebrate 40 years of existence. I was honored to help participate in the important effort as a member and as a lead in chronicling our history in America’s largest majority-Black city.

The site of the press conference was where America’s first all-Black television newscast occurred in September 1975 at WGPR-TV 62.

In 2023, we will host a gala and celebrity roast and launch additional scholarships for Detroit students who want to be journalists.

Gilchrist, a Black Detroit native, said that “he was so proud” of the organization.

“You have stood with us during the good years and the more challenging times. … Your advocacy for Black journalists has raised funds for scholarships and mentored those starting out in the field is unparalleled,” added Tucker, a broadcast veteran who works in Chicago.

Our national organization will celebrate its 50th anniversary in 2025. When Detroit hosted the 2018 NABJ national convention, Duggan was helpful in welcoming 3,000 journalists from around the world to the Motor City. Thursday’s experience reminded me that journalism and advocacy matters in places like Detroit and across our state and our nation.

My career as a journalist began in 1991 as a radio talk show producer at the now-defunct WQBH-AM 1400, which was owned by Martha Jean “The Queen” Steinberg, a Black woman. Two years later, I joined the staff of the Michigan Chronicle, one of the state’s oldest Black newspapers.

I’ve traveled in and out of being a full-time working journalist over the years. At times, I’ve toiled as a media relations officer for entities including the Detroit Public Schools, Detroit City Council and Michigan Democratic Party. 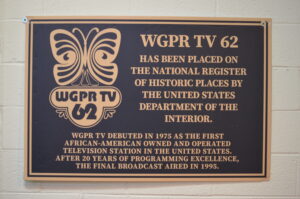 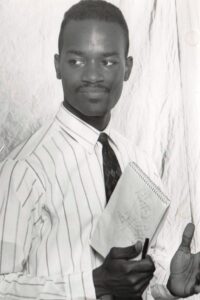 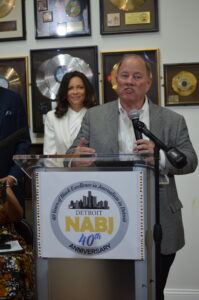 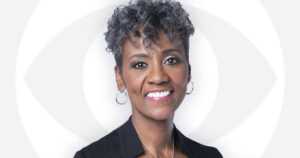 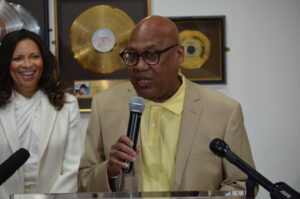 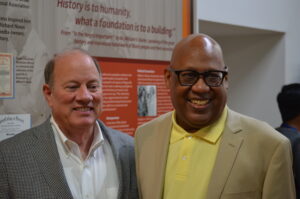 In each endeavor, though, I always remembered important lessons offered by journalists I respect like the late Jerry Blocker. We were colleagues at WQBH during the latter part of his life. The Wayne State University graduate joined the business as a radio personality and news man at WCHB-AM 1440, Michigan’s first Black-owned radio station during the early 1960s. Blocker always encouraged me to “get the story right” and “fight for the little guy.” In 1968, Blocker became the first African American to anchor a local television newscast when he did so for WWJ-TV 4, the city’s NBC affiliate. He died in 2001.

Fifty-nine years ago on Aug. 19, 1963, Trudy Haynes became the first Black woman to participate in a Detroit TV newscast when she offered a weather report on WXYZ-TV 7’s 11 p.m. broadcast. After a career in television at Detroit’s ABC affiliate and later in Philadelphia, Haynes died in June at age 95.

Blocker and Haynes’ pioneer efforts encouraged and motivated generations of Black people like me in Michigan to become journalists. Today, Dorothy Tucker and others remind us often that advocacy matters and that we must continue to fight representation in print and broadcast newsrooms.

I’m honored each day to write daily news for the Michigan Advance, as well as important state history. I was excited that National Editor Andrea Shaw, Nevada Current reporter Jeniffer Solis and others from States Newsroom were present during the NABJ-National Association of Hispanic Journalists (NAHJ) National Convention in Las Vegas earlier this month, with our organization looking to hire more people who look like us.

Fueled by people like Blocker and Tucker and coupled with my passion for chronicling Black life in Michigan, I will continue to fight for more Black representation in other news outlets in our city, our state and our nation. My active membership with Detroit NABJ helps me to do that.

Journalism matters and so does representation.

Ken Coleman: Black journalists must continue to fight for diversity, equity and inclusion

In wake of Lyoya’s death, a reckoning with Grand Rapids’… by Anna Gustafson May 7, 2022
Michigan communities host Juneteenth events celebrating… by Kyle Davidson June 15, 2022
On this day in 1973: Historic Black television ownership… by Ken Coleman June 14, 2022