Route would go through 15 counties, include cities like Ann Arbor and Traverse City

Some Michigan residents and officials are encouraged about an effort that is expected to coordinate train service connecting the southeastern and northern regions of the state.

A northern Michigan rail development plan would include cities such as Ann Arbor, Cadillac, Mt. Pleasant, Owosso, Traverse City, Petoskey and a potential route to Detroit. The effort, which involves 15 of the state’s 83 counties and 240 miles, has received funding to move to the planning stage.

Supporters say it could help boost tourism in the state.

Earlier this summer, Michigan lawmakers, led by state Sen. Wayne Schmidt (R-Traverse City), included $1 million to advance the measure in the state’s Fiscal Year 2023 Labor and Economic Opportunity budget. The effort would coordinate an active state-owned railroad corridor that runs from Southeast Michigan to the Traverse City and Petoskey areas and will focus on both passenger and freight rail development. It would use existing state-owned rail tracks.

Additionally, Democratic U.S. Secretary of Transportation Pete Buttigieg, who lives in Traverse City, earlier this month announced that project partners will be awarded the remaining $1.3 million through the Rebuilding American Infrastructure with Sustainability and Equity (RAISE) grant program to advance the northern Michigan passenger rail Phase II planning study. RAISE is a competitive grant program that supports transportation projects all over the United States.

A 2018 study by the Groundwork Center for Resilient Communities and several partners reported that trains running between Ann Arbor and Traverse City would generate $100 million annually by 2040, with an expected 1.5 million riders a year. A series of local community meetings will be scheduled to collect feedback.

“There are many environmental standards, safety regulations and engineering guidelines that must be followed to make the project a reality,” said James Bruckbauer, the organization’s transportation and community design program director. “The next 18 months are crucial to the project, and we’re hopeful this will lead to the beginning stages of service within five years.” 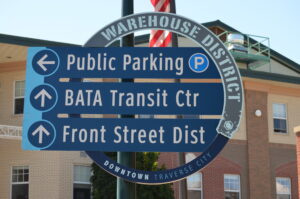 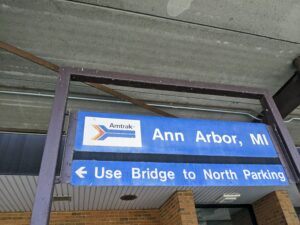 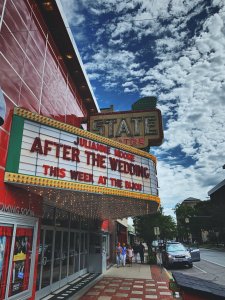 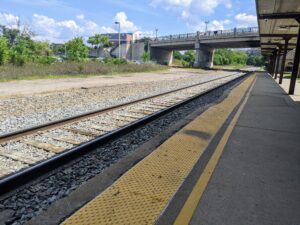 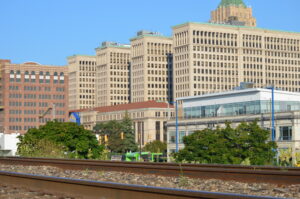 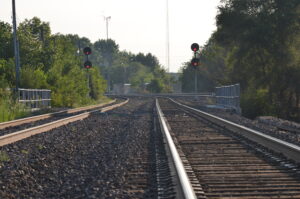 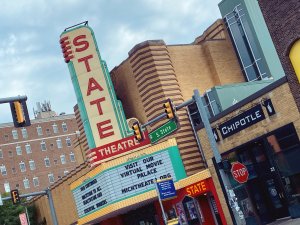 Rick Wiener, a Williamston resident and former Michigan Democratic Party chair who spends time in southeast Michigan and Traverse City, hopes that the project will come to fruition. He believes that the rail service would attract northern Michigan residents to the southeastern region.

“There are many who would say, ‘I’d like to spend a day or two, or three somewhere in southeast Michigan,’” said Wiener. “The train goes both ways.”

The route, at the Cadillac stop, would only be about 40 miles east of Idlewild, a historic African-American community resort that featured music talent like Motown Records’ Four Tops as well as American jazz icons Duke Ellington, Louis Armstrong and Count Basie during the 20th century. As early as 1915, Idlewild became a popular vacation place for Black Chicagoans and Detroiters as well as African Americans from other parts of Michigan. Idlewild continues to attract visitors today.

Vicki Dobbins, who lives in River Rouge, a Detroit suburb, also likes the idea of the new line. She said that the rail service could help to promote the history of the resort.

“We have so many people who would love to go Idlewild who don’t like to drive,” said Dobbins. “And a train would be a reliable way to get there.”

State Sen. Adam Hollier (D-Detroit), a member of the Senate Transportation and Infrastructure Committee, said that project also would have a positive climate impact.

“The investment in rail infrastructure is critical in this state as we think about ways to open up the incredible beauty and commerce of our state to a broader stretch of Michiganders,” said Hollier. “Greater usage of rail is also going to be an important part of decreasing our carbon footprint.”

After years of misogyny, racism and threats in Lansing,… by Anna Gustafson January 21, 2023
With new Democratic leadership next year, what long-inert… by Allison R. Donahue December 5, 2022
Here's the full text of Biden’s State of the Union address by Michigan Advance March 2, 2022