Actress Kerry Washington: It can’t be ‘harder for me to vote than it was for my grandparents’

Washington, best known for her roles in the movie, “Django Unchained” and the TV show, “Scandal,” told about 300 people that voting in the midterm election on Tuesday is vital.

“What’s happening in Michigan is electric,” said Washington, who campaigned in Georgia on Oct. 22 for Democratic gubernatorial nominee Stacey Abrams.

“The fact of the matter is that we are three days out [from the election],” said Whitmer during a media scrum held after the 90-minute event in Detroit. “We are crisscrossing the state and making sure people know how incredibly important this midterm election is. You know, people have a tendency to tune out a little bit this time, every other cycle, but who your governor is matters from when you turn on the [water] tap, the roads you drive, the schools that you drop your children off at, whether you’ve got a good-paying job. … That’s what’s really at stake.” 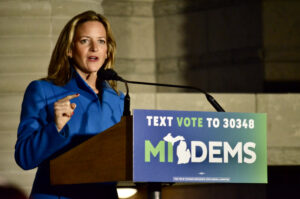 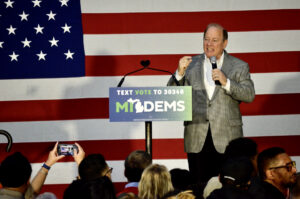 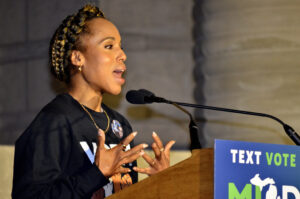 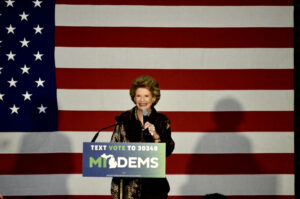 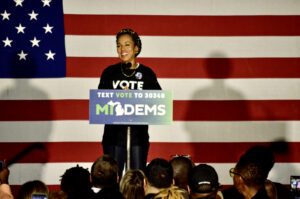 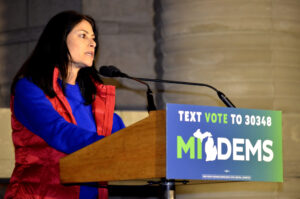 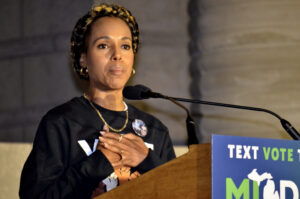 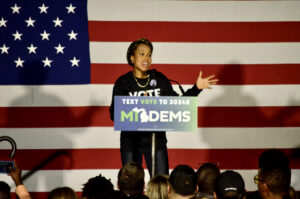 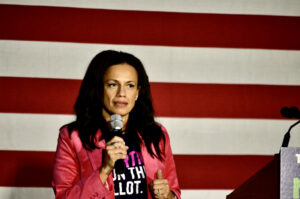 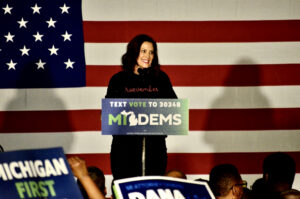 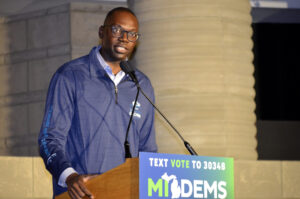 Washington talked about Republican efforts to restrict voting rights. Since former President Donald Trump lost to President Joe Biden in 2020, Republicans in Michigan and across the country have pushed a slew of voting restrictions, which often disproportionately impact BIPOC voters.

“It can’t possibly be harder for me to vote than my grandparents,” said Washington, who is African American.

“I’m going on the road because it’s not OK that my daughters can be attacked for their right to make decisions about their own bodies. That’s not OK,” she said.

“I’m going on the road because I want my family, my kids, to have good jobs and a good education and a planet to live on. I’m here tonight because each of these candidates, these Democratic candidates, from top to bottom, they are standing up for those same rights.”

While the amendment is backed by the League of Women Voters, Voters Not Politicians, Democrats and others, it’s opposed by the Michigan Republican Party and several GOP leaders.

There have been some last-minute lawsuits filed in Michigan before the election that have been blasted by voting rights advocates as trying to suppress the vote. The Michigan GOP’s suit in Flint seeking more Republican election inspectors was tossed last week.

Karamo, who has falsely claimed that Trump didn’t lose in 2020 and joined lawsuits to that end, last month filed a suit to stop Detroiters from casting absentee ballots — even though the Michigan Constitution guarantees that right. The judge said she did not prove the election fraud that she claimed when filing the case.

Attorney General Dana Nessel wrote in a brief supporting the city of Detroit that it was “reminiscent of the frivolous attacks leveled at the City and its election workers regarding the November 2020 presidential election.”

Gilchrist, a Detroiter who is scheduled to cast his vote on Sunday afternoon, told the crowd that they are a key to Democratic wins on Tuesday. Detroit City Clerk Janice Winfrey on Thursday predicted a Detroit voter turnout between 28 and 33%.

“Not what we hoped, but it is what it looks like right now,” said Winfrey.

Detroit’s voter turnout was 41% in 2018, which was the last midterm election. That ballot included a recreational marijuana statewide initiative that attracted nearly 70% of the local electorate, significantly higher than the 56% of voters who supported the measure statewide.

Actress Kerry Washington: It can’t be ‘harder for me to vote than it was for my grandparents’