Now wielding power in the Michigan House and Senate for the first time in decades, Democrats on Wednesday used the first day of the 102nd Legislature to announce a flurry of bills to advance labor, LGBTQ+ and reproductive rights.

Both chambers swore in new and returning members Wednesday morning, after which Democratic leaders announced six measures that will kick off the new term.

Those include legislation that would:

The bills will be formally introduced in the House and Senate record during session on Thursday.

“House Democrats are committed to supporting Michigan families, guaranteeing the rights of all Michiganders are protected and respected, ensuring workers know they are valued, protecting and investing in our future, and promoting safe and strong communities,” House Speaker Joe Tate (D-Detroit) said in a statement. “Our commitment to make good on our promise to advance the priorities of the people is made clear with the introduction of these first bills of the session.

The new Democratic-led Legislature is expected to have a far more productive relationship with Democratic Gov. Gretchen Whitmer, who was reelected last fall along with fellow Democrats Attorney General Dana Nessel and Secretary of State Jocelyn Benson.

“These initial bills represent our collective commitment to expanding rights and opportunities for the people of Michigan,” said Senate Majority Leader Winnie Brinks (D-Grand Rapids). “Our first and only order of business is to tackle the real challenges that folks are facing by implementing an agenda that makes Michigan an even better place to call home. We know that the best policy is written at a table with many voices, and with these first bills we are setting a new standard of leadership that listens to the needs of the people.”

The American Civil Liberties Union of Michigan (ACLU) commended Democrats for advancing measures on LGBTQ+ and abortion rights on the first day of the new session.

“Thank you to Michigan lawmakers who recognize it is time that Michigan civil rights law explicitly protect[s] all people in Michigan from discrimination on the basis of their sexual orientation, gender identity and expression,” said Michigan ACLU’s Jay Kaplan. 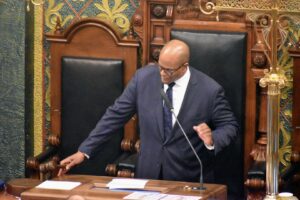 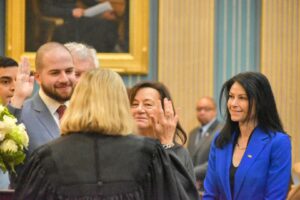 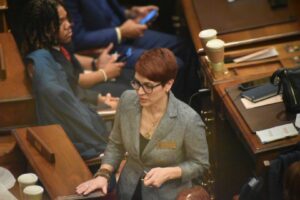 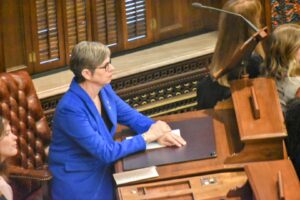 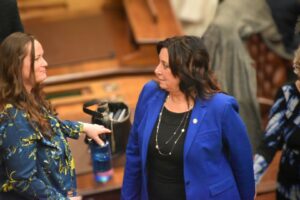 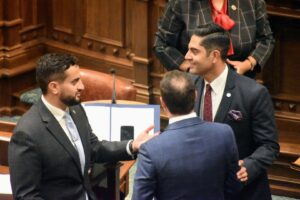 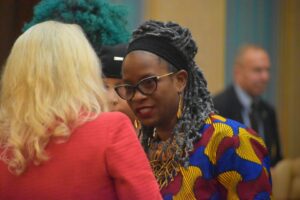 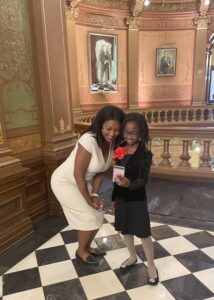 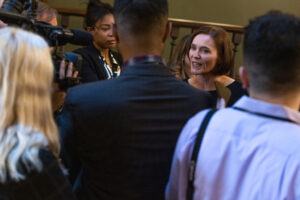 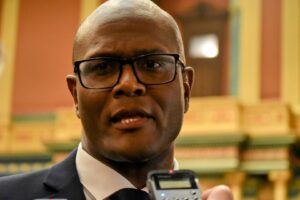 Pohutsky and Geiss’ bills to remove Michigan’s 1931 abortion ban from the state Constitution follows a majority of Michigan voters deciding to enshrine abortion rights via a constitutional proposal in November.

“Affirming a person’s right to abortion and reproductive freedom was Democrats’ priority throughout the previous year and remains our priority today,” Pohutsky said. “The government does not belong in the exam room as people make private medical decisions. We must repeal old laws that no longer reflect the will of Michigan voters.

“The 1931 abortion ban criminalized medical providers for performing essential health care. House Bill 4006 guarantees that a pregnant person and their health care providers have the right to dictate their medical decisions without fear of prosecution.”

A similar bill that was introduced last session was denied a full House vote.

‘It provided hope’: Michigan advocates look ahead after… by Anna Gustafson August 7, 2022
With new Democratic leadership next year, what long-inert… by Allison R. Donahue December 5, 2022
Why experts say the fall of abortion rights is a key sign of… by Anna Gustafson September 25, 2022