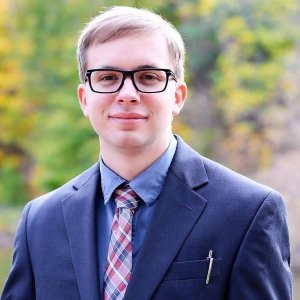 Republican gubernatorial candidate Garrett Soldano shared a conspiracy theory Thursday that Gov. Gretchen Whitmer plotted with the FBI to “fake her own kidnapping” in an effort to have a “direct impact on the 2020 election results” after two suspects were found not guilty last week. “Michiganders deserve an answer. As we all saw last week, […]

The Michigan Department of Health and Human Services (DHHS) reported Wednesday that a total of 2,400,990 Michiganders have tested positive for COVID-19 and 35,857 have died from the virus — an additional 7,725 cases and 81 deaths since last week. The new numbers combine all confirmed and probable cases and deaths since last Wednesday, as […]

Several Republican county conventions across the state of Michigan faced disruptions and disagreements Monday night after attorney general candidate Matt DePerno, who has been endorsed by former President Donald Trump, encouraged his supporters to “storm” the events. DePerno used the language on stage at a rally with former President Donald Trump, and his campaign set […]

The Michigan Department of Health and Human Services (DHHS) reports that three pre-kindergarten-12 schools are experiencing new COVID-19 outbreaks as of Monday. The three new outbreaks or clusters are in Carpenter Elementary School, Manchester Junior and Senior High School and Saline High School and combine to a total of 13 cases. There are 54 schools […]

Republican candidate for attorney general Matt DePerno is urging his supporters to “storm” Republican county conventions across the state. DePerno, who received the unusual endorsement of Michigan GOP Co-Chair Meshawn Maddock, despite there being two other candidates in the race, told his supporters to register for conventions in each of Michigan’s 83 counties, where delegates […]

Detroit is challenging its head count in the 2020 census after the U.S. Census Bureau acknowledged that a higher percentage of Black Americans were undercounted than in the prior census. The Associated Press reported Monday that Detroit became the largest city in the nation to challenge the figures. The city released a report last year […]

Updated, 12:26 p.m., 4/5/22 U.S. Rep. Fred Upton (R-St. Joseph) announced Tuesday that he will retire from Congress at the end of his current term, avoiding a GOP primary in a new district with fellow U.S. Rep. Bill Huizenga (R-Zeeland), who has been endorsed by former President Donald Trump. “Even the best of stories has […]

Gov. Gretchen Whitmer vetoed legislation Friday that would have suspended Michigan’s 27-cent-per-gallon tax on fuel for six months. Whitmer noted last month that the bill would not have gone into effect until 2023 as the Michigan Legislature lacked the votes to give the legislation immediate effect. To receive immediate effect, House Bill 5570 would have […]

After unusual GOP co-chair endorsements, some question the fairness of upcoming convention

Some statewide candidates in Michigan are questioning the fairness of the Michigan Republican Party’s endorsement convention next month after Co-Chair Meshawn Maddock endorsed candidates in multiple races. Maddock, who is married to state Rep. Matt Maddock (R-Milford), took the unusual step of endorsing Matthew DePerno for attorney general and Kristina Karamo for secretary of state […]

Michigan would create a permanent bicameral, bipartisan legislative oversight committee under a proposal introduced Monday by Sen. Jeff Irwin (D-Ann Arbor) and Sen. Ed McBroom (R-Waucedah Twp.). Senate Joint Resolution O would create the committee, which would include eight members total, two appointed by each chamber’s majority and minority leaders. The committee would have the […]

A Republican candidate for the Michigan House of Representatives announced that, if elected, he would introduce legislation modeled on a Florida measure known as the “Don’t Say Gay” bill. Jon Rocha, a candidate endorsed by former President Donald Trump in the 78th District, said his proposal would ban “discussion, or dissemination of materials, that involves […]

U of M to settle federal lawsuit, create taskforce for input on sexual misconduct policies

The University of Michigan has reached an agreement to settle a federal lawsuit brought by students over the university’s handling of the Dr. Robert Anderson sexual assault scandal. Under the settlement, submitted to U.S. District Judge Victoria Roberts on Thursday, the university will fund and create a Coordinated Community Response Team of about 30 representatives […]