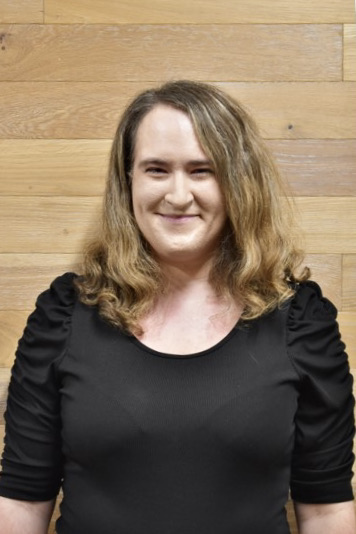 Michigan has 4,778 people hospitalized with COVID-19, with 502 on ventilators

On Friday, the Michigan Department of Health and Human Services (DHHS) reported that a total of 1,746,707 Michiganders have tested positive for COVID-19 and 28,479 have died from the virus — an additional 37,114 cases and 251 deaths since Wednesday. The new numbers combine Thursday’s and Friday’s recorded cases and deaths, with an average of […]

More than one in 10 Michiganders had COVID-19 in 2021, and approximately one in 650 Michiganders died from COVID-19, according to information Michigan Department of Health and Human Services (DHHS) reported Tuesday. DHHS reported Wednesday that a total of 1,709,593 Michiganders have tested positive for COVID-19 and 28,228 have died from the virus — an […]

State officials’ decisions around the water crisis in Benton Harbor, including allegedly pushing off a corrosion control study, left “thousands of people to drink and use knowingly unsafe lead-contaminated water,” according to a new class-action lawsuit.  “It has been less than six years since the declaration of emergency that made the Flint water crisis worldwide […]

Michigan State Police are investigating former state House Speaker Lee Chatfield (R-Levering) after a woman filed a criminal complaint accusing him of sexually assaulting her over 12 years, beginning when she was 14 or 15 years old, according to police and the complainant’s attorney. The now 26-year-old woman first filed the complaint with the Lansing […]

Soaring omicron variant cases among Beaumont Health staff and patients have left the Southeast Michigan health care system at a “breaking point,” said hospital officials who, for the umpteenth time this pandemic, pleaded with the public Thursday to get vaccinated against COVID-19.  “With each subsequent surge, I think the psychological toll gets greater and greater […]

‘The playbook for authoritarianism counts on this’

When U.S. Rep. Dan Kildee (D-Flint) arrives at the U.S. Capitol Thursday, he will do so to tell the truth: That, one year ago, armed rioters attempted to overthrow a democratically elected government in a fatal attack that followed a months-long campaign by former President Donald Trump to claim victory in an election he lost […]

‘You see mothers and fathers on ventilators over the holiday season’

As Michigan faces record-breaking numbers of COVID-19 cases in the wake of the rapidly spreading omicron variant, deeply beleaguered hospital officials pleaded with the public to get vaccinated and booster shots as health care workers navigate a months-long surge of cases, hospitalizations and deaths that has left them feeling broken and abandoned by their communities. […]

Tucked in an MSU office, the Moist Towelette Museum is an ode to quirk and connection

The origin story of the Moist Towelette Museum, a space of eight packed shelves tucked into an office at Michigan State University’s Abrams Planetarium in East Lansing, is something of a tale of quirk and friendship — and the birth of the internet. “I started collecting them back in the ‘90s — I was working […]

Standing by ancient rocks that have fallen from space to Earth, Shannon Schmoll, the director of the Abrams Planetarium at Michigan State University in East Lansing, gushed with enthusiasm when talking about the new exhibit, “Asteroids, Meteors and Meteorites Oh MI.” “A lot of people love astronomy and space, but we don’t have a lot […]

‘A history of overcoming’ in Benton Harbor

Sitting in Benton Harbor’s oldest home, a space built in 1849 that’s filled with the echoes of history, Morton House Museum Board President Denise Reeves and Board Trustee Kate Ulrey scanned the rooms in front of them: expansive, tall-ceilinged places filled with concrete reminders of the people who once called the Southwest Michigan city home.  […]

Updated, 4:59 p.m., 12/21/21 with comments from Gov. Gretchen Whitmer’s office Unionized Kellogg’s workers from four states, including a cereal plant in Battle Creek, voted to approve a new five-year contract that increases wages and expands health care, ending one of the country’s longest strikes this year, union and company officials announced Tuesday. About 1,400 […]