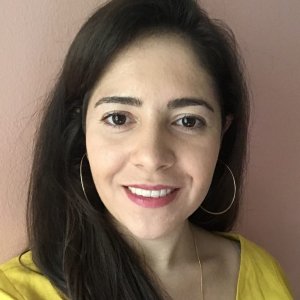 The campaign arm of the Congressional Hispanic Caucus welcomed the highest number of Democratic Latino lawmakers elected to Congress, during a Friday event at the Democratic National Committee headquarters. CHC BOLD PAC chair, Democratic U.S. Rep. Ruben Gallego of Arizona, said continuing to reach out to Latino communities and young voters will be key to […]

U.S. Senate Democrats make a last-ditch push for a pathway to citizenship for Dreamers

WASHINGTON —  Democratic U.S. senators have set a December deadline for passing bipartisan legislation that would create a pathway to citizenship for more than 600,000 undocumented people who were brought into the country as children — but they don’t yet have enough Senate Republican votes to make it a reality. During a Wednesday press conference […]

U.S. district court strikes down use of Title 42 to expel migrants

WASHINGTON — A federal judge on Tuesday blocked the government from continuing Title 42 —  a controversial pandemic-era health policy used by both the Trump and Biden administrations to expel nearly 2 million migrants at the U.S.-Mexico border. The request to halt the use of Title 42 had been filed by immigrant advocacy groups and […]

WASHINGTON — Members of the U.S. Senate on an investigation panel on Tuesday grilled federal immigration officials about a bipartisan report that detailed how migrant women at an immigration detention center in Georgia underwent questionable gynecological procedures. The U.S. Senate Subcommittee on Permanent Investigations released an 18-month bipartisan report that found migrant women who were […]

WASHINGTON — The FBI has officially announced that a single minor youth is the main suspect in most racially motivated bomb threats to dozens of Historically Black Colleges and Universities earlier this year that terrorized students. The FBI in a statement on Monday did not release any further details — only that the individual is […]

WASHINGTON — A federal appeals court on Monday issued a nationwide injunction indefinitely blocking the Biden administration’s student debt relief program in response to a challenge by six GOP-led states. The unanimous ruling by the 8th Circuit Court of Appeals in St. Louis came after the six states — Nebraska, Missouri, Arkansas, Iowa, Kansas and […]

WASHINGTON — Late Thursday a federal judge in Texas struck down the Biden administration’s student debt relief plan, ruling that the program is unlawful, in a blow to 16 million student debt borrowers already approved for relief. The U.S. Department of Education now is no longer accepting applications for the program, according to the student […]

WASHINGTON — Young Black and Latino voters were critical in holding off the Republican “red wave” in several battleground states for U.S. Senate seats and in tight U.S. House races in the midterm elections, according to analyses by researchers and grassroot organizations.  Young, diverse voters between the ages of 18 and 29 had the second-highest […]

WASHINGTON — President Joe Biden said Wednesday that even though midterm election results have yet to determine which party will control Congress, Democrats had a strong night defending their majority in both chambers. Control of both the U.S. Senate and House remained unclear Wednesday as more than 50 House seats have not been called and […]

WASHINGTON —  Control of the U.S. Senate remained unclear early Wednesday as races in a handful of swing states in the midterm elections were still too close to call, and it appeared it might be days — or even weeks — before a final result was known. But Democrats flipped the open Pennsylvania Senate seat, […]

No GOP ‘wave,’ but Republicans could still gain control of U.S. House