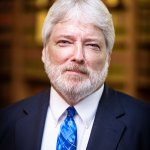 Iowa Capital Dispatch Deputy Editor Clark Kauffman has worked during the past 30 years as both an investigative reporter and editorial writer at two of Iowa’s largest newspapers, the Des Moines Register and the Quad-City Times. He has won numerous state and national awards for reporting and editorial writing. His 2004 series on prosecutorial misconduct in Iowa was named a finalist for the Pulitzer Prize for Investigative Reporting.

Lawsuit: Tyson managers bet money on how many workers would contract COVID-19

A wrongful death lawsuit tied to COVID-19 infections in a Waterloo, Iowa, pork processing plant alleges that during the initial stages the pandemic, Tyson Foods ordered employees to report for work while supervisors privately wagered money on the number of workers who would be sickened by the deadly virus. Earlier this year, the family of […]

Buttigieg hangs on to narrow lead with 100% of precincts reporting