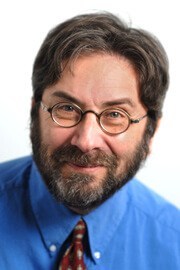 Dick Polman is an opinion contributor at the Advance's sister paper, the Pennsylvania Capital-Star. He is the national political columnist at WHYY in Philadelphia and a “Writer in Residence” at the University of Pennsylvania.

Just as it’s a waste of time for Republicans to refight the results of the 2020 election, it certainly does no good for anti-MAGAs to refight what happened in the previous race. Nevertheless, I wince on occasion when I contemplate how our country would’ve been far better served if the popular vote winner in 2016 […]

Why do most Capitol Hill Republicans oppose the creation of a bipartisan commission to investigate the deadly coup against democracy staged on Jan. 6? Duh, take one guess. They know darn well that a thorough investigation will implicate them. They can’t handle the truth. That’s why 80% of the House Republicans voted “no” last Wednesday […]

Dick Polman: Lest we forget, Republicans were un-American long before Trump

MAGA’s last failed gasp – the moronic lawsuit that tried to argue Texas has the right to nullify the will of the people in key states that swung to President-elect Biden – was actually the culmination of the authoritarian impulse that has long been metastasizing inside the Republican party. Trump didn’t inject this disease. He’s […]

Column: ‘But her emails’: A final farewell to a fake Clinton scandal

Did you catch the important news story about Hillary Clinton the other day? I’m guessing you missed it, because it was buried beneath the latest bombshells about the Russia-abetted grifter who barely beat her. Indeed, if you happened to see the print version of the New York Times, the story was inexplicably consigned to page […]

Column: Amash is the rare Republican putting country over party

Justin Amash, a rare Republican congressman who refuses to genuflect at Donald Trump’s feet, has been taking heat lately for daring to speak his mind. But bless his heart, he couldn’t care less. Since January, the Cascade Township Republican has voted with Trump 92 percent of the time. And Trump mouthpiece Lou Dobbs said that […]