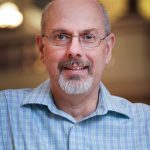 Erik Gunn reports and writes on work, the economy, health care & policy, and related subjects for the Wisconsin Examiner. He spent 24 years as a freelance writer for Milwaukee Magazine, Isthmus, The Progressive, and other publications, winning awards for investigative reporting, feature writing, beat coverage, business writing, and commentary.

Why are prices rising? The answer is more complex than campaign rhetoric

With prices climbing over the last year and a half for everything from gasoline and groceries to lumber, appliances and restaurant meals, Republican campaigns have eagerly blamed Democrats in the White House and Congress and signature legislation they’ve enacted over the last two years for the inflationary surge. “We have to understand what caused these […]

Updated, 12:32 p.m., 6/8/22 The suspect in Friday’s killing of a retired judge is dead, the Wisconsin Department of Justice (DOJ) reported Tuesday. Douglas K. Uhde “was declared legally brain-dead on June 4, 2022, at 9:41 a.m.,” according to an update that DOJ distributed at 1 p.m. Tuesday. “His body remained on life-support until today […]

The Michigan Department of Health and Human Services (DHHS) reported Wednesday that a total of 2,501,863 Michiganders have tested positive for COVID-19 and 36,218 have died from the virus — an additional 29,267 cases and 78 deaths in the last week. The new COVID-19 numbers reported by the state Monday combine recorded cases and deaths […]

What if the government filled out your tax form for you?

As midnight approaches on Monday, countless Americans will be ready to finally hit the send button on their computers to get their federal and state tax forms on their way to Uncle Sam. They’ll do that after having spent days pulling together receipts and forms,  having shelled out money for computer software to help them […]

The man who called gunmen to gather on the streets of Kenosha Tuesday night — culminating in the deaths of two people and an injury to a third — says he did so to keep the city safe. Despite the deaths, he believes they made it safer. Kevin Mathewson is a former Kenosha alder who […]

To anyone who heard President Donald Trump speak at a rally in Milwaukee last month, the State of the Union opening would probably have sounded familiar — down to the litany of his professed accomplishments three sentences in: “Jobs are booming, incomes are soaring, poverty is plummeting, crime is falling…” — what has clearly become a favorite stump […]

Trump mocked an ejected protester in Wisconsin. Her story is nothing like he imagined.

President Donald Trump was just eight minutes or so into his Tuesday evening campaign speech in Milwaukee’s Panther Arena when for a moment the crowd turned its attention from the podium. Trump’s audience booed at someone off to the side, out of view. Trump looked over, shrugged, turned back to the microphone, and dismissed what […]

He promised to protect people with pre-existing conditions, while his administration pursues a lawsuit to throw out the Affordable Care Act that protects people with pre-existing conditions. He insisted unemployment had hit the lowest point in history at 3.3% — ignoring that it was less than half that toward the end of World War II. He bragged […]

Wisconsin Gov. Tony Evers last week signed a widely supported, yet also controversial, bill escalating penalties for trespassing on pipelines and other energy and water sites. The Democrat on Wednesday signed AB 426, which passed with bipartisan support and was backed by business groups as well as labor unions whose members work in pipeline construction […]