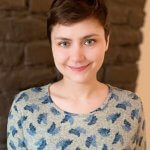 Kate Masters is a reporter for the Virginia Mercury. She grew up in Northern Virginia before moving to the Midwest, earning her degree in journalism from the University of Missouri.She spent a year covering gun violence and public health for The Trace in Boston before joining The Frederick News-Post in Frederick County, Md. While at the News-Post. Most recently, she covered state and county politics for the Bethesda Beat in Montgomery County, Md.

Updated, 12:56 p.m., 10/13/20 with comments from Whitmer The group of men accused of conspiring to kidnap and kill Michigan Gov. Gretchen Whitmer also targeted Virginia Gov. Ralph Northam. An FBI special agent testified during a hearing in federal court that the three defendants had discussed “taking out” a sitting governor, specifically mentioning Whitmer and […]