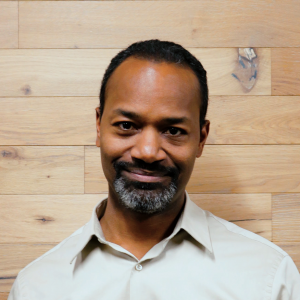 ‘This is racism — environmental racism at its finest’

The Michigan head of one of the nation’s prominent civil rights organizations told the Advance this week that water quality challenges that have affected mid-sized cities such as Flint, Benton Harbor and now Jackson, Miss., are the cause of “white flight and corporate disinvestment.” “There is an overall issue that this country hasn’t been able […]

U.S. Treasury Secretary Janet Yellen during an address in Dearborn on Thursday touted President Joe Biden signing the Inflation Reduction Act during a 25-minute address, which she called “historic” legislation.  “We cannot just return to the old normal,” she said, referring to Biden’s predecessor GOP former President Donald Trump. She used terms and phrases like […]

On Sept. 9, 1935, a street pageant festival was held in Detroit to celebrate the building of the Brewster Homes, the nation’s first federally funded housing project designed for African Americans. That day, four vehicles motored from city hall downtown to the Hastings-Benton Street area located on the city’s lower east side. Passengers included city […]

A union representing Eastern Michigan University faculty announced on Wednesday that it will file a “forceful response” opposing a request by the university administration for an injunction forcing school professors back to work after hitting the picket line that morning. The declaration came after the university administration filed suit in Washtenaw County Circuit Court earlier […]

On Sept. 4, 1960, U.S. Sen. John F. Kennedy (D-Mass.) arrived in metro Detroit to participate in the city’s annual Labor Day that was held the following day. After his flight arrived at Metro Airport in Romulus, he was greeted by Democratic Gov. G. Mennen “Soapy” Williams. “… Tonight we are in Detroit. We did […]

What the Biden student loan forgiveness plan means for Michiganders

President Joe Biden’s decision last week to provide student loan relief to up to 43 million people likely will have an impact on thousands of people in Michigan, where the average debt is around $30,000. The Democratic president announced a plan fulfilling a campaign promise to forgive some federal loans — up to $20,000 for […]

In 2000, Shawn Fearon traveled 1,961 miles from his home in Jamaica to Mackinac Island to work in the tourism industry.  Twenty-two years later, he owns a popular restaurant, Kingston Kitchen at the Village, on the island and has a bigger goal. “My dream and vision is to have as many Kingston Kitchens as there […]

U.S. Rep. Khanna: ‘We can’t underestimate the extremism of Dixon’

Tlaib at hearing on federal environmental protections: ‘The system is broken’

Richard Shobe lives near a Stellantis assembly plant on Detroit’s lower east side that he said continually gives off foul odor. “The psychological impact of not knowing what you are being exposed to, and to have others telling you that you are safe, but you have neighbors who are getting sick is really tough and […]

Some Michigan residents and officials are encouraged about an effort that is expected to coordinate train service connecting the southeastern and northern regions of the state. A northern Michigan rail development plan would include cities such as Ann Arbor, Cadillac, Mt. Pleasant, Owosso, Traverse City, Petoskey and a potential route to Detroit. The effort, which […]

For Qiana Davis, it’s a struggle to keep lights and gas on at her Virginia Park home in Detroit.  “The [DTE] rates are untenable for anybody,” she said on Monday. “I don’t care how much you’re making. It’s just not feasible for anybody. Most people are living check to check.”  Davis told her story during […]

On Aug. 22, 1959, Dred Scott Madison, an African-American Grand Rapids Police Department officer, was promoted to the rank of sergeant, according to published reports. The development was historic as it was a first in city history. Madison, who joined the force in 1947, became the first Black to serve as a sergeant in the […]